Imagine you’re in a touring rock band. Now imagine yourself driving around the country, playing shows for thousands of people, for free.

Arizona natives, The Maine are doing just that. Sounds like a blast, but it sure can’t be that easy.  Fresh off their tour in which they traveled to South America in the beginning of August, the group will begin their tour named The Free For All Tour, which speaks for itself.  After being a band for over 8 years, The Maine felt it was time to give back to the fans, and what a glorious way to do so.  This video they created made me curious to learn more.

Luckily I had the pleasant opportunity to interview Garrett Nickelsen, bass player, from The Maine.

On August 15th The Maine finished their tour that visited places including Brazil, Chile, Philippines, and Singapore. They display an extensive online picture album consisting of 194 pictures of them and their fans.  To me it shows they took the time to connect with their Brazilian fans and I can admire that dedication of time.   The tours being so close together, I assumed they had adequate time to relax and recharge before their next run.

A moment into a conversation with Garrett, I realized that it wasn’t the case at all.  Garrett says, “From practicing and getting ready for the tour as well as the show in New York City, we literally had one day off.”  The strain from the busy schedule doesn’t seem to outshine the excitement in Garrett’s voice.  The large fan base of dedicated fans and their eagerness to give back are key traits that makes it seem in their nature to go on this Free For All Tour this summer.

I was led to believe their sole motivation for the tour was to treat their fans and Garrett sincerely agreed, ‘There are fans that we see many nights in a row that travel so far and we want to be able to reward them somehow.”

In their videos and posts, The Maine reiterates bringing friends out to the shows that may not have seen them before or may not have been able to afford it in the past.  This is a genius idea to trust the fans who already love them dearly and to engage a whole new wave of fans.  Garrent says “We have been thinking of doing something like this for years and we weren’t really in a position to do a free tour in the past.  Everything came together and it was perfect timing.” 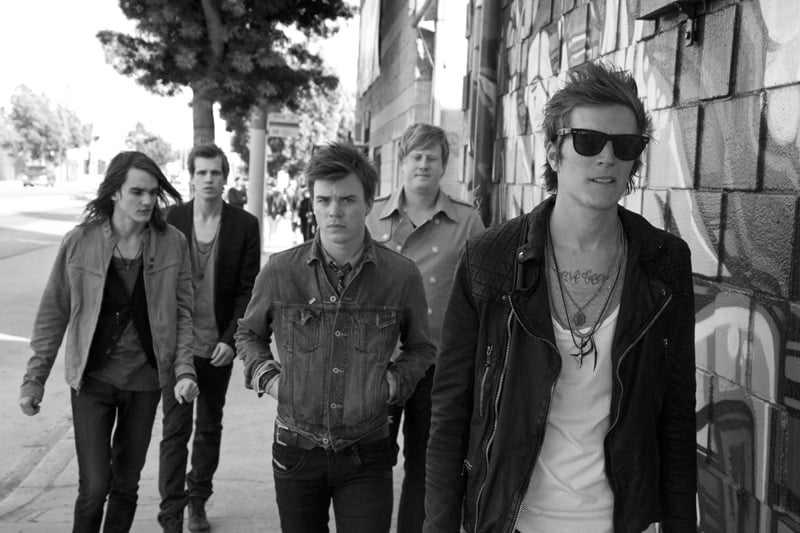 In addition to the Free For All Tour there are dates speckled in between, where they will perform their new record American Candy front to back as well as some special performances.  They will charge for tickets on these dates which Garrett mentioned will be the main funding for the whole tour.  “We’re most likely going to break even in the end.” says Garrett.  He seemed perfectly okay with that notion.

One thought that lingered was what was going to make this show different and special in order to give fans a unique experience.  Garrett was excited to reveal that they are redoing songs and that they will sound like never before.  He explains, “Some of the songs we’re playing we haven’t played in 5 years.  Some of them no one has ever heard before. I’m looking forward to playing “Am I Pretty?” because its really fun; also our song “(Un) Lost”.

If you’ve never heard of The Maine or have been with them since the beginning, attending their free for all tour is definitely an event you cannot afford to miss! Bring your friends and support the album, American Candy.

They will be in Minnesota playing at Mill City Nights on September 3rd, 2015.  Thanks to The Maine for working with Music In Minnesota and thanks to Garrett Nickelsen for the great interview  This is where I leave you all and thanks for reading 🙂