Minneapolis-based rapper Prof announced this morning that he will release his latest full-length album, titled Pookie Baby, on April 13th. Being released via Rhymesayers Entertainment, the album will be the much-anticipated follow-up to his Billboard charting 2015 album Liability.

Pookie Baby ups the quotient of raps and raucousness over the course of its 15 new tracks (check out the full track listing below). Whether he’s announcing his new sophisticated and sexy alter ego on the album’s title track, “Pookie Baby,” or respectfully making a request to “Send Nudes,” Prof’s wild wordplay and clever choruses consistently captivate throughout. From the laugh-out-loud bars on “No” [feat. Cashinova] to the hometown love letter “Minneapolis,” he asserts himself as a fiery, yet funny, force to be reckoned with. Pookie Baby is about to cause some trouble in 2018.

Prof’s last record was 2015’s Liability. In addition to boasting high-profile guest spots from Waka Flocka Flame, Tech N9ne, and more, it bowed in the Top 20 of Billboard’s Top R&B/Hip-Hop Albums chart and spawned “Bar Breaker” and “Far Out,” each of which has racked up over 1 million Spotify streams. It also earned acclaim from Rolling Stone who named him among “10 Artists You Need to Know: September” and fittingly called him, “A perverted Macklemore from a parallel universe with a fixation for debauchery and an ear for a pop hook.”

Prof first emerged in 2007, eventually distributing close to 200,000 records via his own Stophouse imprint. On an annual basis, he sells out a 4,000-plus capacity venue for his Prof Outdoors Festival. As expected, growth brings change. Pookie Baby offers a rare glimpse into a side of Prof not often seen and helps clarify where the essence of Prof comes from, and he’s never been better dressed for it. Please remember to enjoy Pookie Baby responsibly. 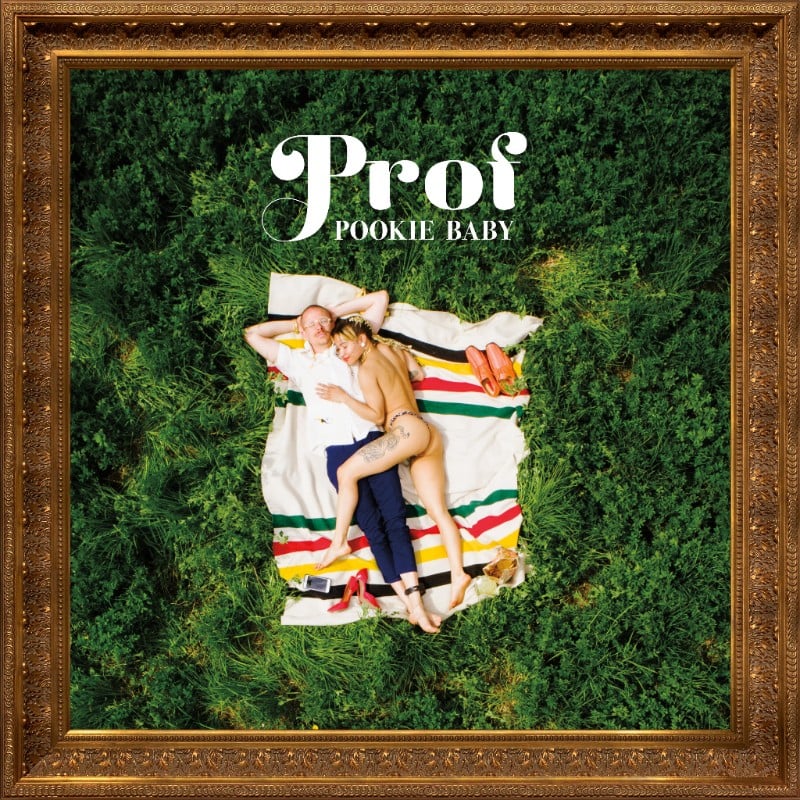