On a warm, humid, Minneapolis summer, the On The Run II Tour came to US Bank Stadium. There are not many places in Minnesota that this massive tour could have been properly executed. The sheer size of the stage was incredible, stretching from one side of the stadium to the other and was four stories high. 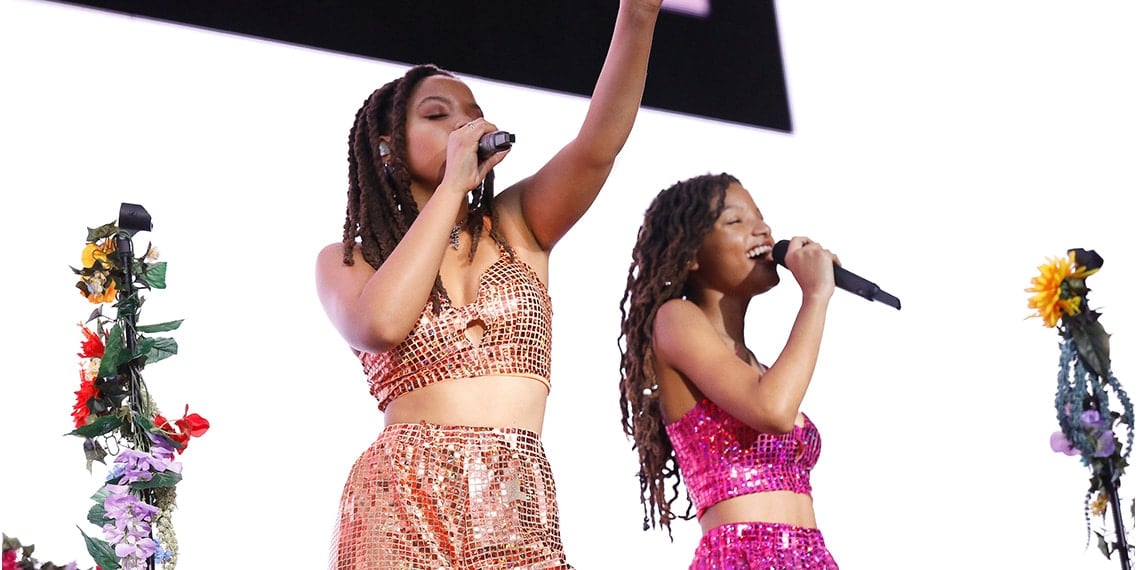 As the crowd arrived, Chloe x Halle took to the stage. They wear bright orange and purple two-piece outfits, respectively. They have been a favorite of Beyonce’s since 2013 when the sisters were noticed via a viral video cover they did and were signed to Beyonce’s Parkwood Entertainment. Keep in mind, they were fifteen and thirteen when this happened. Fast forward five years and the sisters released their debut studio album, The Kids Are Alright, in March of this year and it has gotten some good traction.

Chloe and Halle harmonize wonderfully together. Chloe produces more, and Halle plays the guitar on some tracks. They have a great new age R&B feel to them. Halle can really hit those high notes. Though in their album, their music has their voices more prominent and the bass is pushed back to really accompany them, it was hard for the sister’s voices to beat out the heavy bass that was already set up for Beyonce and Jay Z.

In the end, the sisters did about twenty minutes of material. For those that heard them, I think they made a great impression. 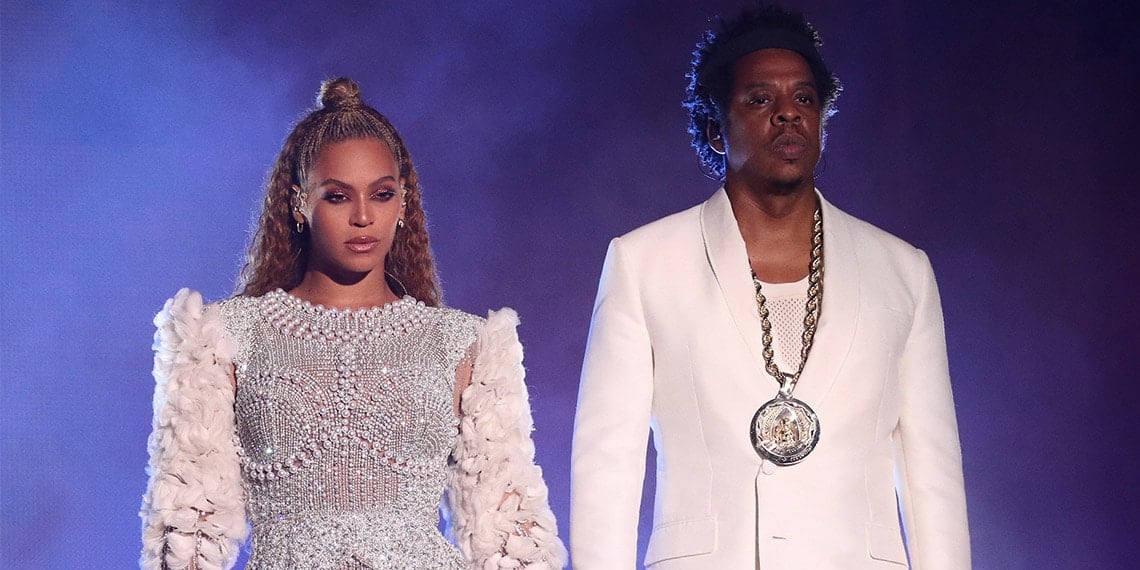 Then the stadium went black and the first part of a three-part video series began. It used visual imagery from various music videos the couple has done, and their own videos that they made for the purposes of the tour. The videos are absolutely visually stunning, as you’d expect from the duo that filmed in the Louvre for a music video.

The famed couple descended from an elevator, holding hands and wearing white outfits. The couple started out with “Holy Grail.” The screen separated them into two. Jay on the right, Beyonce on the left. Pyrotechnics exploded into the skies as they start things off big.

Beyonce welcomed everyone to OTR II as they led into another video interlude. Then she starts into “Drunk in Love.” She makes her way down the walkway and then the end of the walkway raised up. This stage was elaborate and it had a lot of tricks up its sleeve. I would say that this stage was unlike anything I’d ever seen before. The main stage even lifted and floated over the general admission area (a-la Kanye West). It was absolutely incredible. 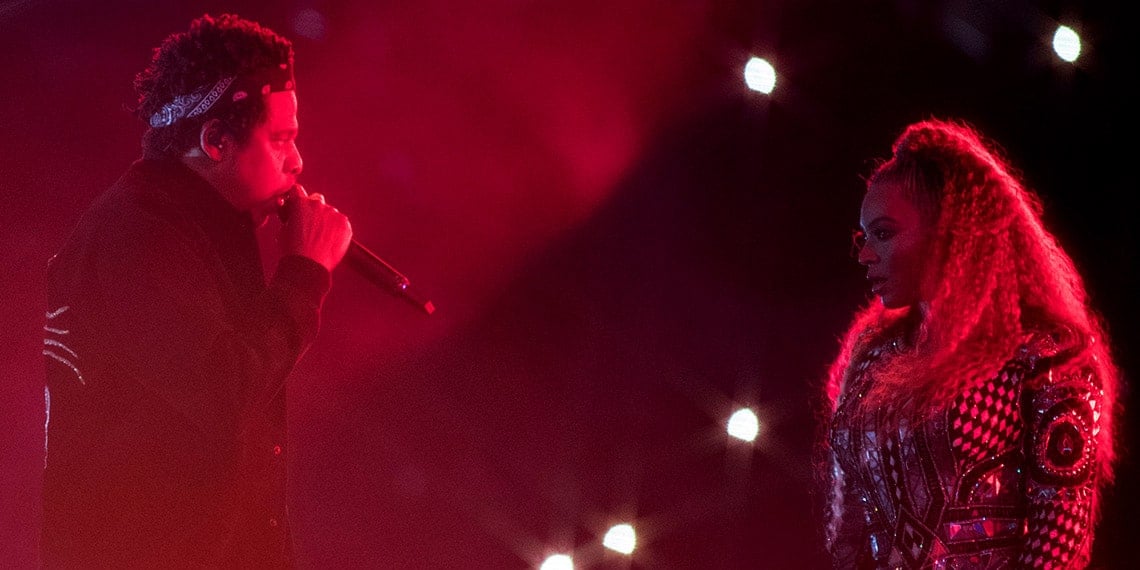 I definitely tried to keep track of their outfit changes, but I was also trying to just enjoy the music being presented. As Jay Z entered, the screen opened up, revealing the four levels of the band that are playing behind them. They are dressed in red and sound tremendous; their drummer especially.

After Jay finished “Dirt Off Your Shoulder,” the song cuts away to two male body dancers in the area inside of the monitor. The whole production was intuitive as they added an incredible amount of effects to the video monitors, like motion blur, fire (which was Jay Z’s favorite), inverted color, and more.

As they jumped into “FuckWithMeYouKnowIGotIt,” fire blasts around the stage. There was so much happening on this stage. While an all-female horn section blasted away from their section inside the band area, Beyonce emerged with a leather outfit and 4 dancers. She does a few more Beyonce favorites before Jay returned in his 4th outfit and jumped into “Big Pimpin”! The stadium went nuts. Then Bey remerged with a Burberry outfit for “NICE” and they jumped into another video interlude that revolved around Jamaica. 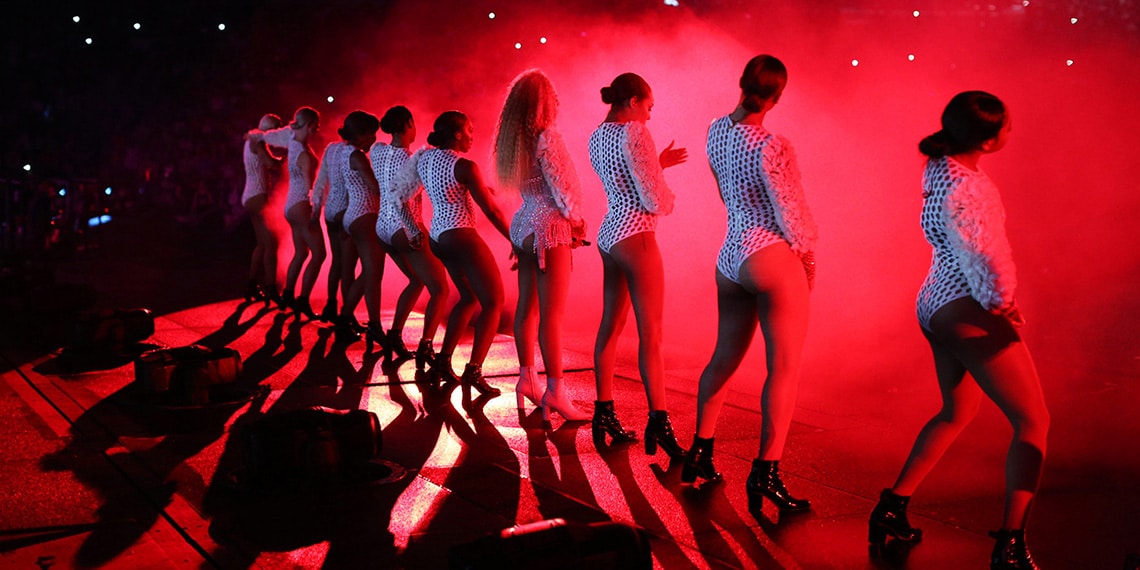 The visuals from the video interludes alone are worth a note because they were the best that I’d seen in a show, ever. There was a whole story to match with the flow of the music that was in each section. I felt they added so much to the show that it really kept the energy going. I can’t imagine another show outdoing them anytime soon.

Jay came out with a flak vest and a black beanie as he did “99 Problems.” While this is going on, mug shots of famous black and white musicians like 50 cent, David Bowie, Snoop Dogg, and even Jay Z himself are projected in the background.

The concert was very much Beyonce and Jay Z having their own world, together and separately. Jay Z can do his “99 Problems,” “Big Pimpin’,” and “Life of OJ,” while Beyonce has “Formation,” “Run the World (Girls),” and the two also come together for “Crazy In Love.” It worked so perfectly, there was not a dull moment the entire two-plus hour show. On top of that, there was so much happening during the entire production. 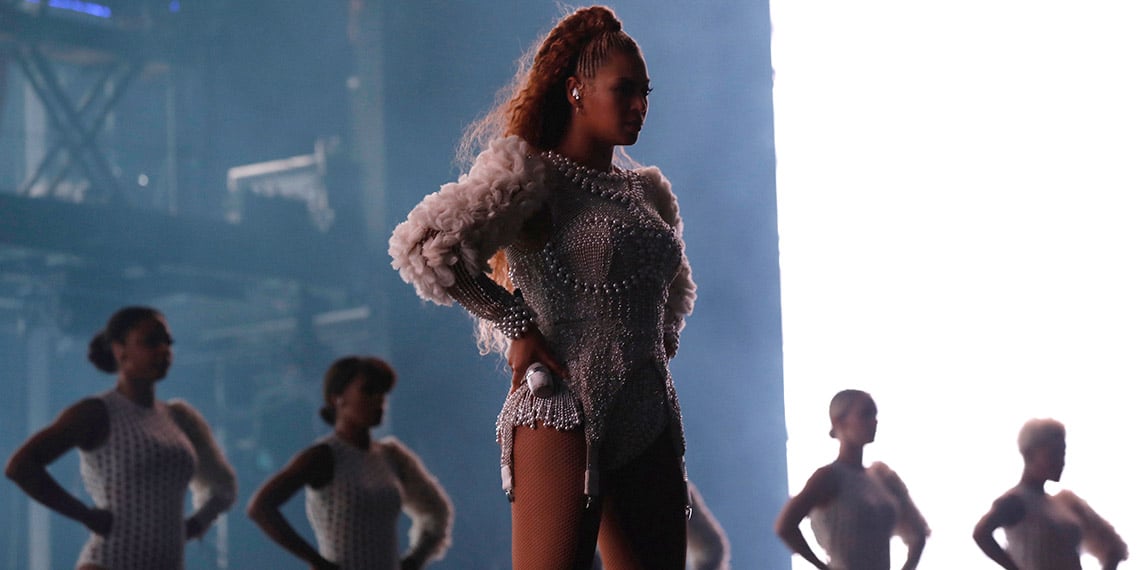 Jay and Beyonce also had their intimate moments with the crowd together and separately. Jay Z came out and did “4:44” solo with the entire place illuminated by cell phones; whereas Beyonce, dressed in an absolutely elegant orange, billowy dress, came out solo and sat at the end of the left platform and sang “Resentment” as the crowd cheered along.

As they hit the third act off the show, the Carters took it up a notch. The floating stage came into play as Jay jumps into “N***** in Paris,” a favorite from his Watch the Throne days with Kanye. Jay loves the song so much he started it over. Then Beyonce came out with her team in checkered outfits. They took the stage back and did “Formation.” The crowd lost it. Then she jumped into “Run The World (Girls).” Beyonce and her dance team absolutely crushed it on the stage.

Jay Z came out in his moment to shine and did “Public Service Announcement” and “Life of OJ” broken up by a ballet dance interlude featuring a single dancer on the moving walkway on the stage. Jay raped over the “Life of OJ” music video, giving great life to the animated video. It was a very powerful back-to-back. 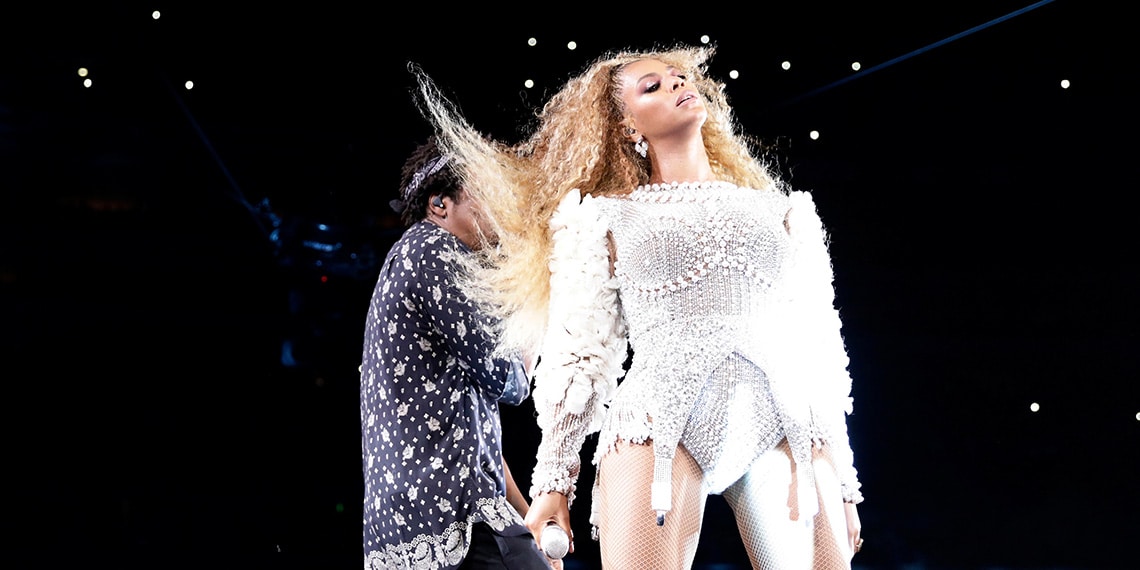 After Jay and Beyonce have had their moments to serenade the crowd they did some of their classics duets like, “Show Me What You Got” and “Crazy in Love.” Their final interlude is a baptism theme. The image shows a young black man running as hard as he can cut with him being baptized. I could do an entire article just on the video interludes in this show. Frankly, they were exquisite.

The Carters reappeared in their 11th outfits. They chose to make a statement in all black outfits, holding hands, and starting the end of the show with “Forever Young.” The middle section of the monitor shows snippets of videos of Jay and Beyonce’s happy moments together. It highlightd their relationship with their daughter Blue Ivy, then seamlessly transitions into Ed Sheeran’s “Perfect Duet” cover.

The couple thanked everyone for coming out as they performed their final song, “APESHIT,” off their new album, Everything Is Love to finish the show. I had never seen so many people inside US Bank Stadium, the stadium was packed to the rafters, literally.

If there is a show out there that can top this, I haven’t seen it. The Carters and “OTR II” is the top of entertainment right now. If you have the opportunity, go check this out, you will not regret it. There is so much here to wrap your mind around. The tour spans throughout the US and ends in Seattle on October 4th. Check it out!