Halsey posted today on her Twitter account that she is playing a free show at The Armory in downtown Minneapolis on Monday, May 20th, 2019. Tickets quickly sold out within hours.

UPDATE: Halsey posted another Twitter post this morning at 8:57 am stating The Armory will have more free tickets available at the door; first come, first serve. 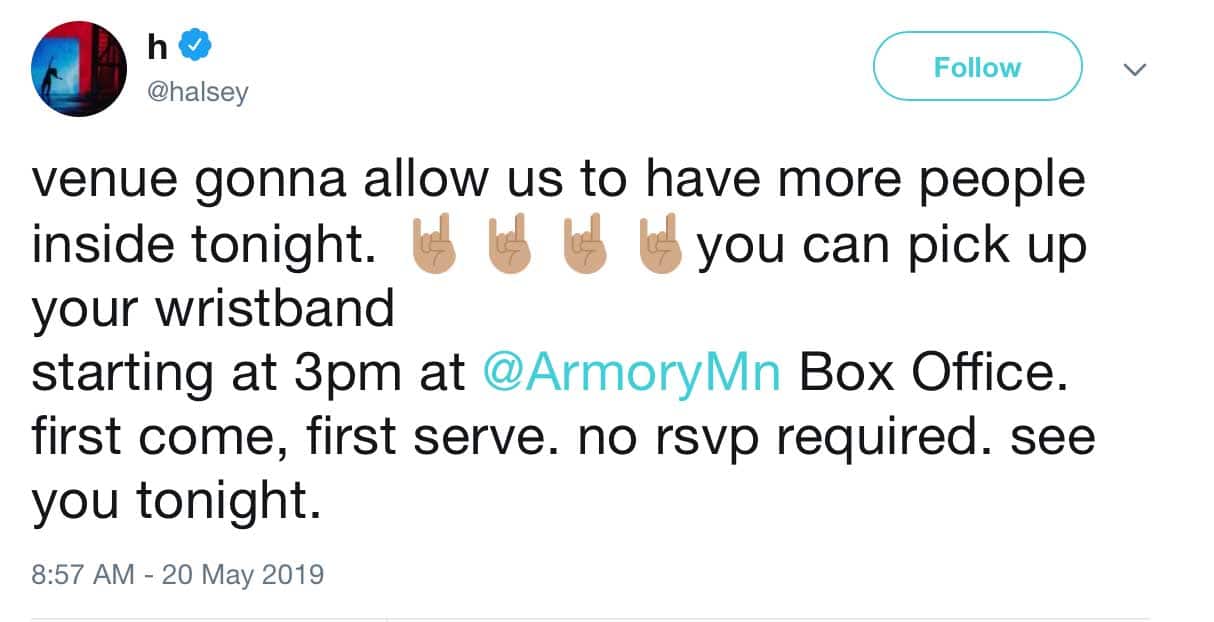 We are expecting her to soon release a new single on May 17th titled “NIGHTMARE”, which she has been promoting diligently.

She soon left her hometown of Clark, New Jersey to begin her new life of traveling the world, performing her music to thousands of fans around the globe.

Halsey has quickly made her way up the charts, generating an impressive fanbase. It’s uncommon for an artist of her popularity to host a free show like this one in Minneapolis.