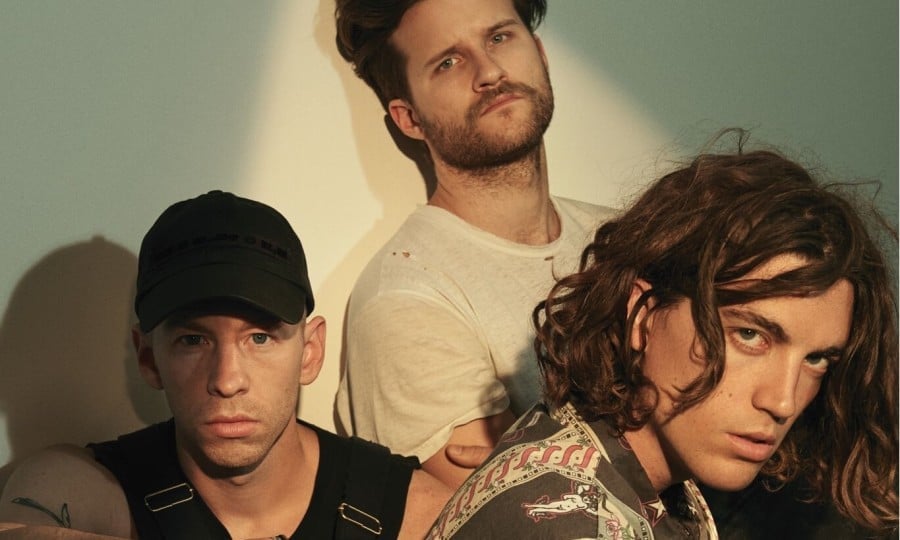 If you haven’t heard LANY’s music, chances are you’ve at least heard their name (pronouced Lay-nee) as their popularity is catching fire throughout the music world. The Los Angeles based band includes Paul Klein, Jake Goss, and Les Priest – all with varied musical backgrounds, coming together to produce their 80’s inspired, dreamy, electro pop sound.

Their first 5 song EP “I Loved You” was released in 2015, followed by their EP “Make Out” which contains their hit single “ILYSB” – an acronym easily recognized by fans, meaning “I Love You So Bad.” In early 2016 they released their single “Where the Hell Are My Friends” which would later appear on their “Kinda” EP, released in June, prompting their world-wide tour.

You couldn’t help but notice the long line of fans stretching down the block outside Fine Line Music Cafe the night of November 5th – all awaiting their chance to see LANY at the band’s first headlining show in Minneapolis. This was one of the many stops on their world-wide tour promoting their recent 5 song EP “Kinda”.

After the opening band, Transviolet, had the crowd warmed up, LANY took the stage, and the fans couldn’t get enough. Song after song, the energy never dropped as the crowd and LANY’s front man, Paul, shared momentum and emotions throughout the set. At any given moment he could’ve stopped singing, and the lyrics would’ve still been clear, as fans belted each word by heart.

There’s an undeniably authentic connection between Paul and their fans, leaning into the physical support of the crowd on several occasions and enjoying the lack of space between the fans and himself. All smiles, he told the crowd, “Maybe LANY should move to Minneapolis!” and shared that this was the wildest show of the tour.

Little did we know just how wild it would become as gritty, electro-pop queen, Halsey, made a surprise appearance during the last song of LANY’s set. The level of excitement in the room jumped ten levels and you felt the crowd pressing towards the stage, as most LANY fans also have an undying love for Halsey. To see two of their favorite artists performing together was a once in a lifetime experience for the fans. LANY’s debut album is said to release sometime in 2017.