There are a lot of incredible things about Billie Eilish.

The talented singer and songwriter is only 17, but she already has the resume of a seasoned musical veteran.

Her 2017 debut EP Don’t Smile at Me reached the top 20 charts in the US and across the world. 2019 saw the release of her first full-length album, When We Fall Asleep, Where Do We Go?, which debuted at #1 on the Billboard Top 200 and spawned an amazing four Top 40 singles.

With angsty, introspective lyrics that don’t shy away from issues of mental health, she endeared herself to a devoted audience during her breakthrough years in the late 2010s when she was just a teenager.

Her success and hit songs aside, Eilish has lived an interesting life and has a peculiar personality and history.

Below are 15 fascinating facts about the accomplished singer and songwriter. 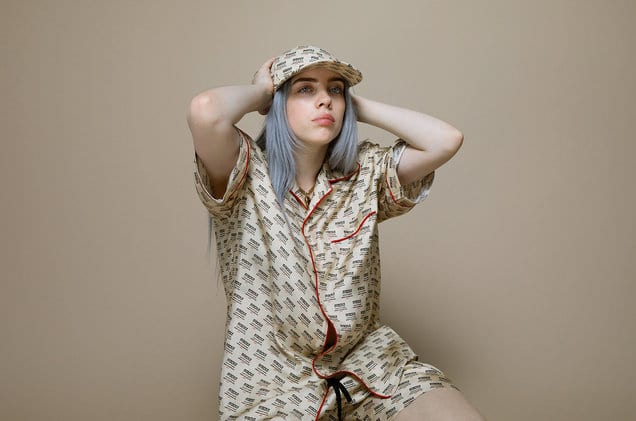 1. Her musical accomplishments are not only stunning, they are unprecedented

Eilish’s youth gets a lot of attention. While her musical resume is impressive for anyone of any age, it is something completely new: she is the first, and still the only, artist born in this century to have a #1 Billboard hit in the US chart.

2. Entertainment runs in her family

Eilish is the daughter of Maggie Baird and Patrick O’Connell, who are both industry big shots on the West Coast. Her brother and frequent collaborator, Finneas O’Connell, was a working musician before she hit it big.

3. Speaking of her brother…

Around the same time that Eilish was first hitting it big, Finneas was having success of his own. Some roles you might recognize him from: Alistair on Glee, Spencer in Bad Teacher, and roles on Modern Family and Aquarius. Her breakthrough hit “Ocean Eyes” was written for him and his band.

4. She got her big break on Soundcloud

While we’re on the subject of “Ocean Eyes,” it first caught the attention of the record industry after she released it on SoundCloud in 2016. Although popular among indie artists and smaller labels, it’s rare that a pop singer gets their start on that platform. Even I have a SoundCloud for my folk-rock songs, lol, but I prefer BandCamp. 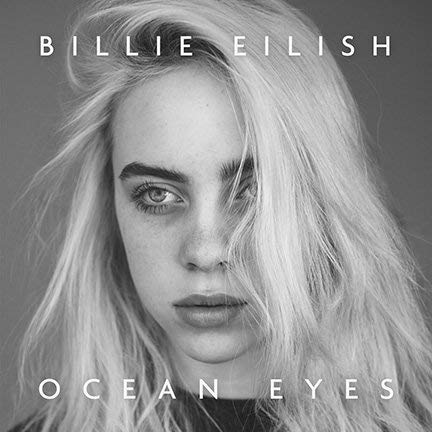 5. Her debut EP, Don’t Smile at Me, was released in a decidedly 21st-century sort of way

As much as I try to kick against the pricks,  the album seems to be a dying format. Eilish released the majority of her 2017 debut EP by dropping a new single each Friday in July of that year. Highlights included “My Boy” and “Idontwannabeyouanymore.” 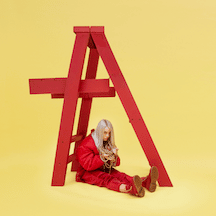 6. An acoustic Drake cover? Why not.

In a move it feels like only Eilish could pull off, she released a very sincere acoustic cover of Drake’s “Hotline Bling.” Interestingly, it was released on a limited edition 7” vinyl single with an acoustic version of her track “Party Favor” on Record Store Day in 2018. 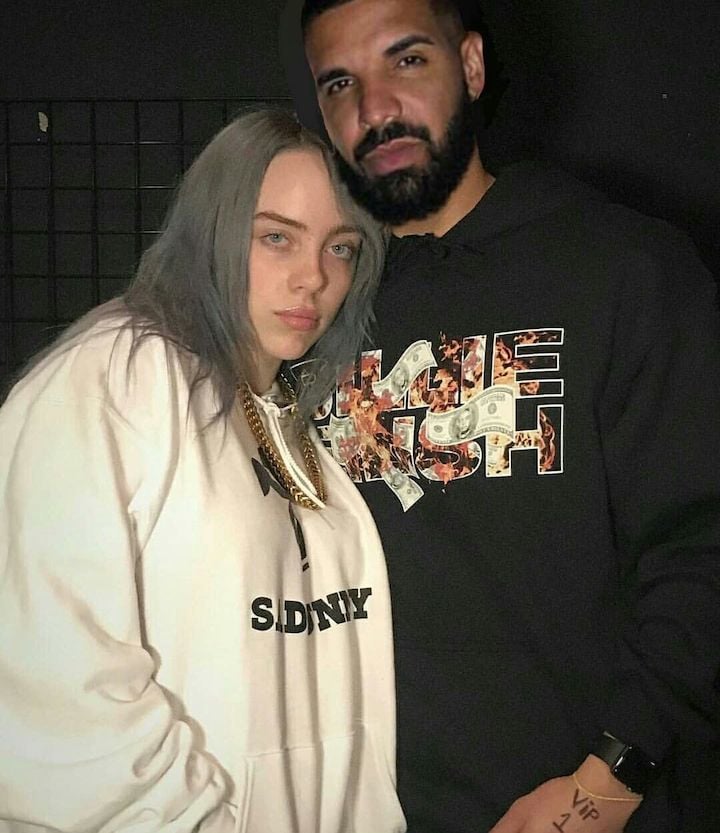 Sure, Eilish is the only singer born in the 2000s to have a #1 single on Billboard. But equally impressively, she is also the youngest woman to have a #1 album in the UK.

8. The amazing facts don’t just have to do with her age

The incredible career of Billie Eilish transcends her age and gender, but she holds records due to both. When her debut full-length album When We Fall Asleep, Where Do We Go? was released in January 2019, each song shot into the Billboard Top 100. This gave her a total of 14 songs on the chart, the most at one time by a female artist ever. 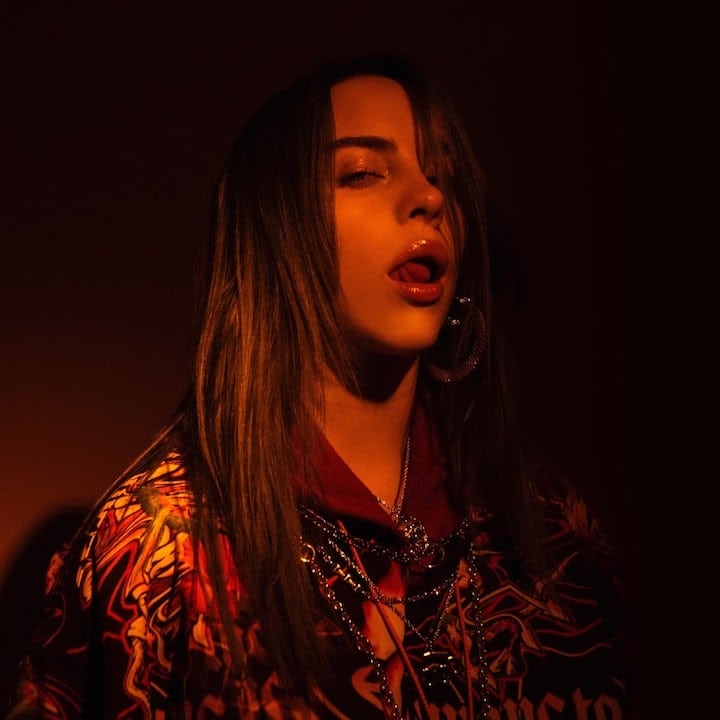 9. Like most inventive musicians, her influences are incredibly varied

Eilish grew up listening to music as diverse as the Beatles, Green Day, Avril Lavigne, and Justin Bieber. Her biggest inspiration, she says, is hip hop, naming Tyler, the Creator and Childish Gambino as major influences.

10. Eilish as an opening act? It happened, and who she opened for might surprise you

The majority of bands play as an opening act before they hit it big. Hell, even Jimi Hendrix toured with the Monkees early in his career (and the results were as bad as you’d imagine). Who did Eilish open for in 2018 before striking out on her own headlining tour? Florence and the Machine. 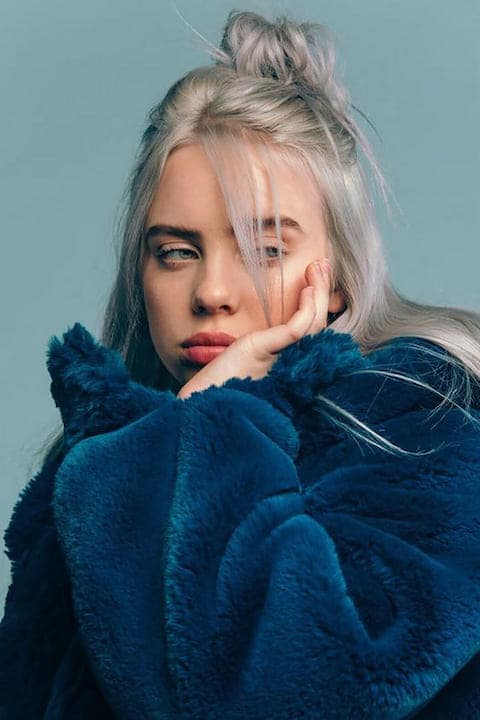 11. That time Billie Eilish used audio from The Office

On When We Fall Asleep standout “My Strange Addiction,” Elish incorporates a scene from The Office episode “Threat Level Midnight.” That it’s taken from a season seven episode, which was a couple seasons after The Office jumped the shark, doesn’t diminish the song.

12. She recorded When We Fall Asleep in her living room

Although she could have used any high-tech recording studio in the world, Eilish decided to record the album mostly in her room using computer software and hardware that is typical for indie musicians. She did it because the location was more “homey” (which makes sense).

13. Of horror movies and album covers

The cover of When We Fall Asleep is inspired both by the content of the album (night terrors, lucid dreaming, etc.) and Eilish’s interest in horror movies. 2004 Australian psychological horror film The Babadook was a specific influence.

14. Her music is so vast that critics have basically called it everything

Some musicians have a single point of reference (Greta van Fleet with Zeppelin, for example). Others mix genres well, but Eilish has seemed to hit such a creative sweet spot that her music defies categorization. It has been described as indie electronic, EDM, dance-pop, synth-pop, R & B, jazz, pop, avant-pop, art pop, and more. 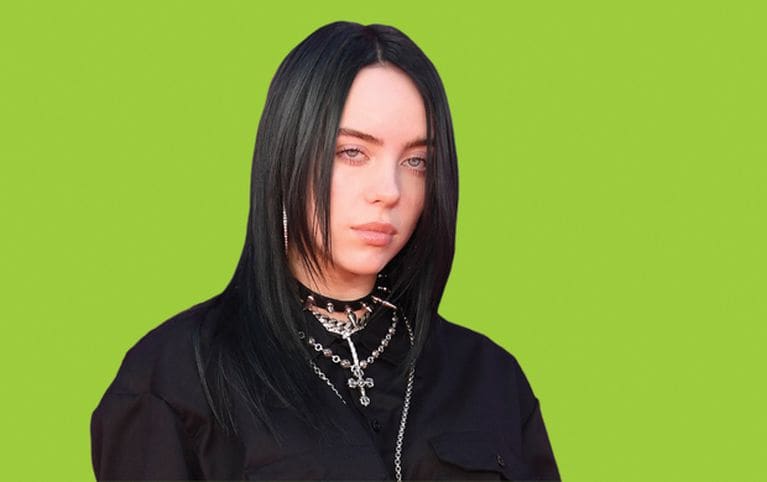 15. She creatively gave fans a window into her personal struggles with When We Fall Asleep

Eilish teamed with Spotify on an immersive experience when her debut full-length was released in January 2019. It featured several rooms, each based on a track from the album, that contained things to smell, hear, and feel. This gave fans a window into her struggle with synesthesia.