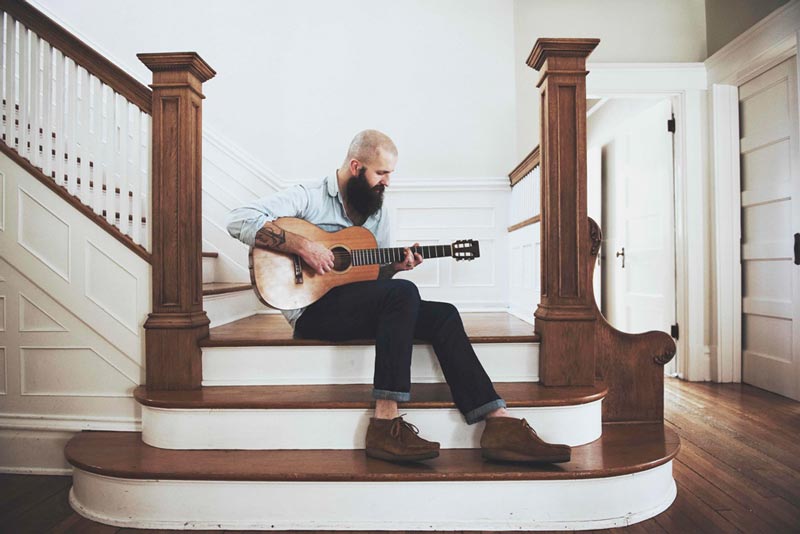 Fitzsimmons was born in Pittsburgh, Pennsylvania, in a home where sound – particularly music – was integral to communication. Both of his parents were blind, yet were extremely talented in the subject of music. They owned an assortment of guitars, pianos and other instruments. They introduced young William to artists like James Taylor, Joni Mitchell and Leonard Cohen, among others, which sparked his initial interested in music. For many years, armed with a Master’s degree in counseling, he worked as a mental health therapist, and only began recording his songs during graduate school breaks. Since then his career has taken off and he has been featured in Billboard, NPR, Rolling Stone, Paste, Spin, NYLON Guys and American Songwriter Magazine to name a few. His music has also been licensed to a wide variety of networks including ABC, NBC, MTV, Lifetime and CW.

Fitzsimmons is set to release a mini-album titled Pittsburgh, a collection of seven songs about the city where he was born and raised, on May 12. In October 2014, his grandmother passed away and during the three days spent putting her to rest, Pittsburgh was formed. The seven songs are in memoriam to her and in remembrance of the city they shared.

Check out this acoustic performance of his song, Pittsburgh.

You once worked as a mental health therapist. Was that a difficult occupation?

It was the most difficult job I’ve ever had. But maybe not in the traditional ways. I mean I wasn’t breaking rocks or something. But the emotional burden, if you’re doing it right, can be pretty overwhelming some days. Over time of course you learn how to navigate the rough times, but early on you can’t help but feel terrified that you’re going to make a massive mistake. And a mistake in that field can literally mean life or death.

Were you playing music recreationally during that time, or were you pursuing a music career aside from your day job?

Playing music has always been a part of my life, but the thought of trying to turn it into a “job” never crossed my mind. Music was something that helped me gain a hair of understanding anytime something in my family or my life was particularly confusing or upsetting. A friend encouraged me to post a few of the songs onto a Myspace site while I was finishing up graduate school and they somehow started to spread around. But my dream was always to be a therapist. And I was absolutely given that opportunity, just in a different manner than I ever guessed.

Describe the beauties influenced upon you from growing up with two blind parents.

I think the main thing my parents gave me, a part from being wonderful parents, was a depreciation for all things visual. We didn’t have pictures, artwork, really anything on the walls whatsoever. I don’t think an inch of the house was painted the entire time we lived there. But, there was ALWAYS sound. Constant music, talking, birds, dogs. It was wonderful. And it taught me to love sound. And more importantly, it taught me that your eyes only tell a very small part of the story.

Some reviewers have mentioned your parents played a lot of music during your childhood. Did their interest in music strongly shape who you’ve become as a human being/ creator?

If it wasn’t for my mother and father, and their passion for music, I’m certain I never would have felt such a connection to playing and writing songs. Music was a way to talk and understand each other for my parents, and that became one of the primary ways I used to interact with the world. 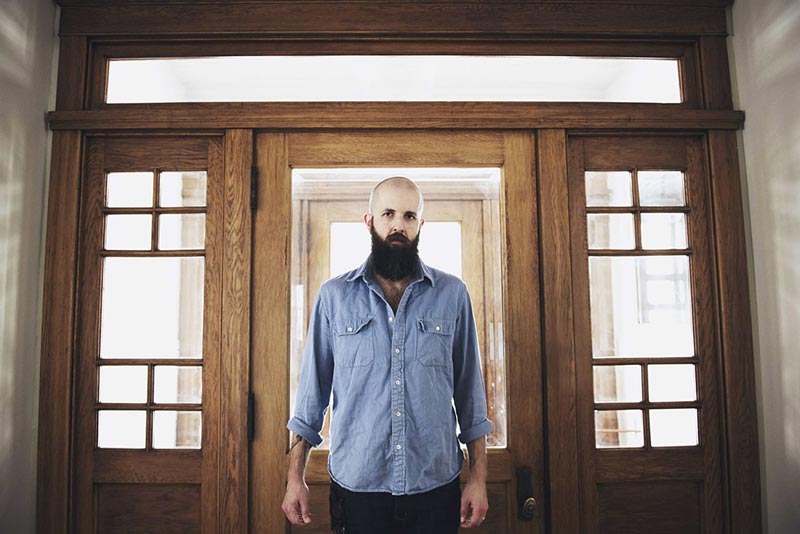 What are your most common inspirations when writing and molding your own personal style of music?

As far as the content of my songs, I spend most of my time dealing with the dark shit that most people would rather avoid. I don’t do it to be morbid, I do it because I think if you face the awful stuff you’ll be able to truly appreciate the good things when they happen and understand how rare they are. Some people spend their whole lives pretending that you can run away from terrible things. I’d rather deal with things as they are. The style of my songs is directly a result of being raised on my mother’s folk music. It’s still what’s closest to my heart.

The seven song album Pittsburgh was created in memoriam to your grandmother and in remembrance of the city you grew up in. Were these songs emotionally painful to write?

To be honest it was wonderful to write them. It certainly wasn’t “fun,” but it gave me a lot of time to visit with old memories that had long been dormant and to visit with my own personal memories of my grandmother and the years I was fortunate enough to be a part of her life. Writing this record helped me to feel connected to something I wasn’t ready to let go of yet.

Do you feel that your moments at Geneva College were times well spent, or does your focus on music now disregard the education you had received?

I wouldn’t be the person or writer I am, for better or worse, had I not spent all those years studying and working. In a lot of ways my time spent there was perhaps even more important than any time I’ve spent working specifically on music.

You’ve made it onto many drama series television show soundtracks, are their viewers the audience you are targeting?

Haha, the day I try to “target” an audience is the day I quit music. Honestly this music is not for everybody, and that’s totally cool. Hopefully the people who will be helped by hearing the music will find it. But I can’t really do anything to make that happen more than trying to write the best songs I can and giving all of myself every time I set foot on a stage.

Why do you write music? How does your music impact the world?

I write music because I firmly believe that’s what I was put on the earth to do. If I didn’t believe that I wouldn’t do it. And my hope is that when someone hears it they won’t feel as alone in whatever pain they’re going through.

How long have you been growing your beard?

I started growing it out in college, which feels like roughly 100 years ago 😉

If you could give one piece of advice to your younger self, what would it be?

Don’t get married at 19 years old. It’s not going to end well. And high school’s going to suck hard, but hang in there, it gets better.

William Fitzsimmons will be performing at The Cedar in Minneapolis, Minnesota on May 12, 2015. Be sure to get your tickets before they sell out!