Music legend, Phil Collins was a guest on The Tonight Show Starring Jimmy Fallon promoting the release of his vinyl box-sex, The Singles, featuring the greatest songs of his career. Best known for his track, In The Air Tonight, Collins took the stage to best-replicate live, the nostalgic recording of his most famous song ever written.

Collins looked completely out of place on stage, wearing loose slacks, a navy blue Ralph Loren polo (collar popped, of course?) with round, gold-rimmed spectacles. He made a noble effort to salvage his nationally televised appearance. However, it was clear at 65 years of age, his voice (and clothing choices) have begun to fail him.

Fallon’s house band, The Roots did a wonderful job backing him up on instrumentation, aside from the keyboardist attempting to harmonize with Collins’ unexpected changes in vocal timing and  improvisation.

When speaking with Fallon, He later destroys the preconceived story behind how the song came to be and shares with viewers that it was his divorce which sparked the inspiration for him to write the iconic 80’s hit. “I was just pissed off.”, Collins says, as he thinks back on his divorce with his then-wife, Andrea.

Collins claimed in interviews and in his lyrics that Andrea “ran off with the decorator”, however that was also far from true. Andrea stated she filed for divorce because Collins had committed adultery, not her.

“I was hearing about his affairs long before I had one. He’s made a lot of money singing about the break-up of our marriage and his heartbreak, (approximately $115 million) and he’s never stopped to consider my feelings or those of our children. All these years on, he’s still playing the victim, and I think it’s time he stopped.” 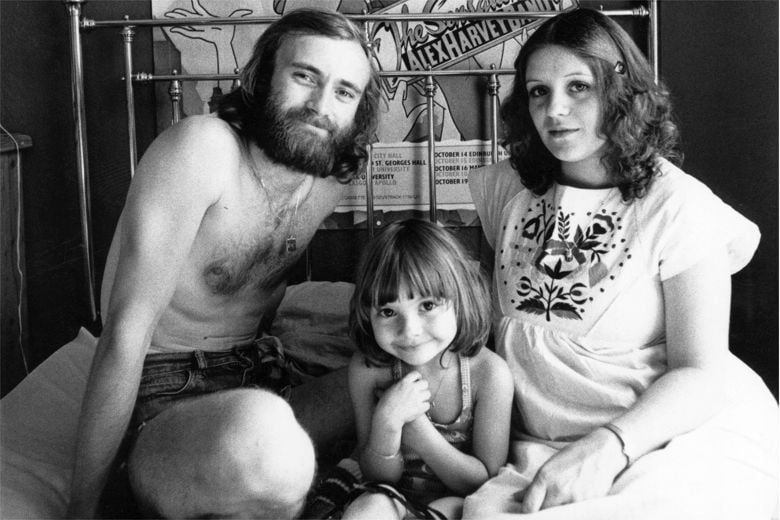 Andrea had also commented his anger being a big issue in their relationship as well. “‘He was constantly snapping at me and would begin raging over the smallest things. There was screaming and shouting, often in front of the children, which I found unacceptable.”

“I think it comes from the fact he knows he pursued his own ambitions at the expense of his family. But it’s time for him to stop me being used as a marketing tool to sell records.” Read Andrea’s full story here.