Jon Sandler (vocals) and Luke Moellman (producer/keys), are no strangers to the Entry. Headlining the venue for the third time, the New Yorkers had a nearly sold-out room of fans dancing along to their synthy-pop jams. 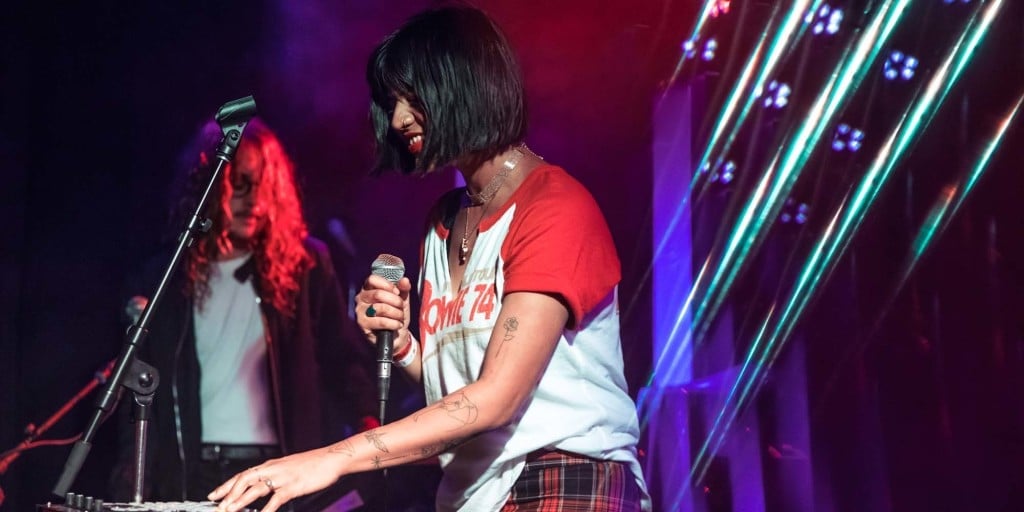 Supporting act, Tigertown, rolled through the Entry a few months ago with Verite and per usual, they did not disappoint. Frontwoman Charlie Collins’ jovial energy radiated throughout the crowd and their bubbly pop vibes paired perfectly with Great Good Fine Ok. The Aussie quartet performed a handful of songs including “Lonely Cities,” “Warriors,” “Bullet From The Gun,” and their latest single, “Come My Way,” released in October.

The party started before GGFO even hit the stage with photographer and merch girl extraordinaire, Christina Casillo, tossing out handfuls of blinking light-up rings in to the audience. Moellman and Sandler, donned in an eccentric thrifty outfit, quickly followed with a plethora of glowsticks making the room as colorful as their wardrobe. 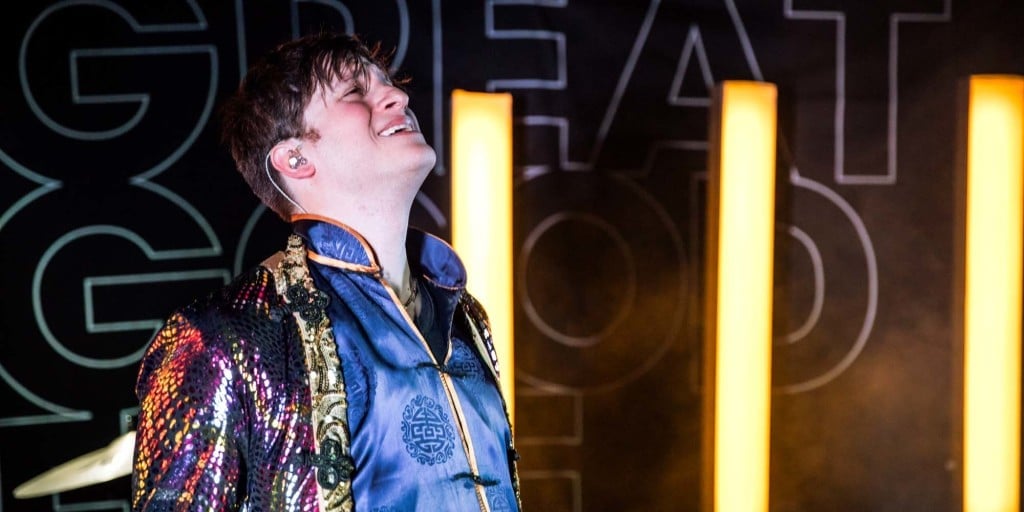 The duo, accompanied by touring members Carey Clayton (guitar) and Danny Wolf (drums), opened with “Not Going Home” off of their 2014 debut EP, Body Diamond. Sandler’s airy falsetto and funky dance moves shone throughout the night with songs like “Too Much to Handle,” “Take It or Leave It,” “By My Side,” and “Always.” 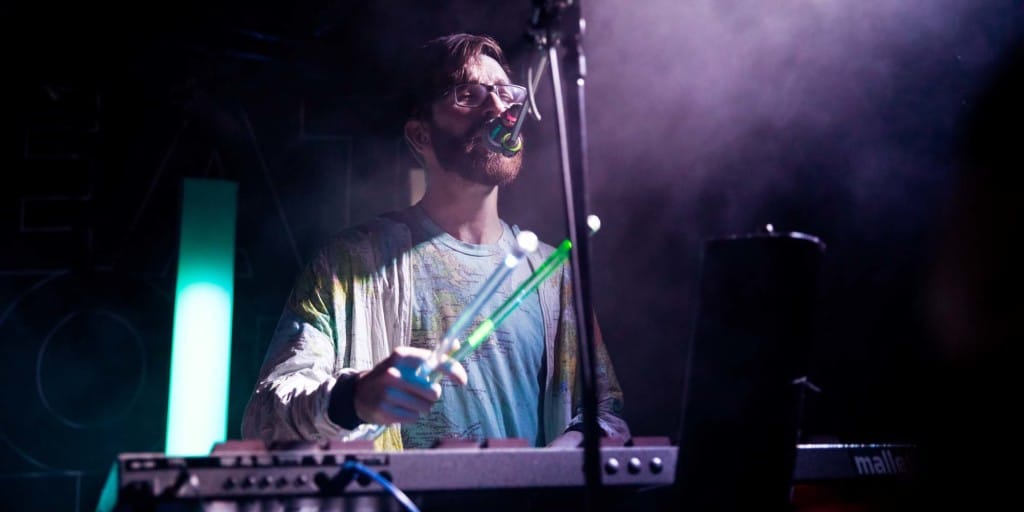 Moellman boasted his keytar skills during a new song, “Bring You Back to Me.” In addition to his musical talent, Moellman wears multiple hats as graphic designer for all of GGFO’s etherial album artwork and lighting director for their live shows. You can find his unbelievable graphics over on his instagram. 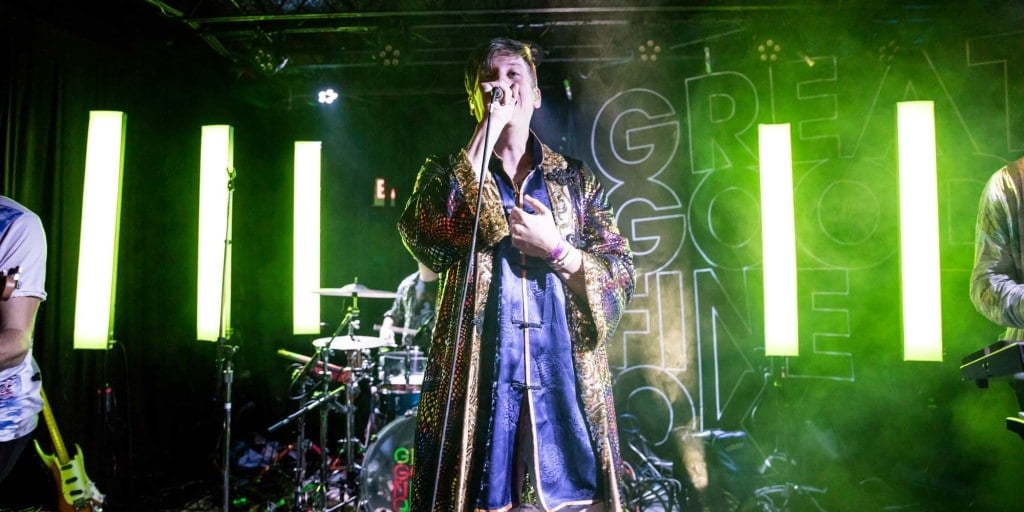 Sandler took to the crowd and danced with the enthusiastic concertgoers (some following the tour from out of state) during their 2017 single, “Find Yourself.” The band had the entire audience singing along to the chorus, repeating the lyric “don’t let someone find you until you find yourself.” Despite being a more melancholy love song, the energy was still high as GGFO ended their set. Their encore, “Get Away” highlighted Sandler’s impressive vocal range, as he flaunted some of his lower register and closed the night with a bang. 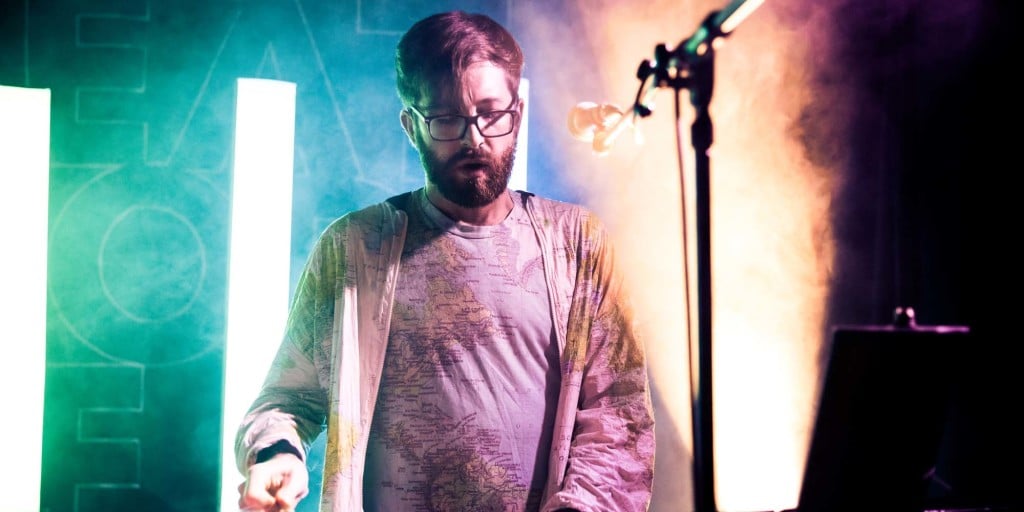