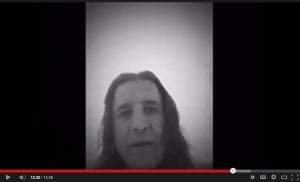 Creed frontman Scott Stapp has uploaded an interesting, and very personal video. Completely broke, Stapp explains how he was living in his truck and is currently now living in a hotel.

Stapp says it all began with an audit that began 8 weeks ago. It was found that there had been money stolen from him, as well as royalties not being paid to him. The IRS froze his bank accounts, and said they will return his funds within 9 to 10 months.

He also shares with viewers how he has given his life to Christ, and continues to stay sober in this time of hardship.

Creed is the ninth best-selling artist of the 2000s. The band released three back-to-back multi-platinum albums, (one album being certified diamond). Creed has sold over 40 million albums worldwide.