If I didn’t know any better, I’d swear I walked into a concert from 1987 as Billy Idol rocked the hell out of a sold-out show at Treasure Island!

From the 1st song, “Cradle Of Love,” the punk rocker turned Idol had the crowd singing, and pumping fists into the air.

Billy Idol still has it, ladies and gentleman, just like back in the ’80s! The bleach blonde rocker still has the chops, growl and sneer that made him famous. The only difference is he’s a little older (just like the rest of us). Billy Idol is a very fit 63. The rest of us? Well…

Age made no difference as Billy worked all sides of the stage during his 90-minute set! Rock was the main goal as Billy and Steven Stevens let the music do the talking. One moment where the music was explained was when Billy Idol talked about his dad passing away a couple of years ago. He stated that his dad didn’t like his music much until his latest album, Kings And Queens Of The Underground, but his dad passed away listening to the song “Ghost In My Guitar.”

If you thought you were going to sit down for tonight’s concert you were in for a shock, looking at the crowd during the show and not once did I see anybody sitting down!

Billy Idol mixed up the setlist, which featured 3 songs from his first band, Generation X, a cover of The Door’s “L.A. Woman” and the Billy Idol original “Soul Standing By,” which happened to be the first time he has played that song live since 1987.

Highlight’s of tonight’s show included “Eyes Without A Face,” the song written about the French movie Les Yeux Sans Visage and the encore “White Wedding,” about which Billy said to Steve Stevens, “Let’s show them what a hit song sounds like!” Okay, Billy, what was the song “Rebel Yell” that came directly before it? 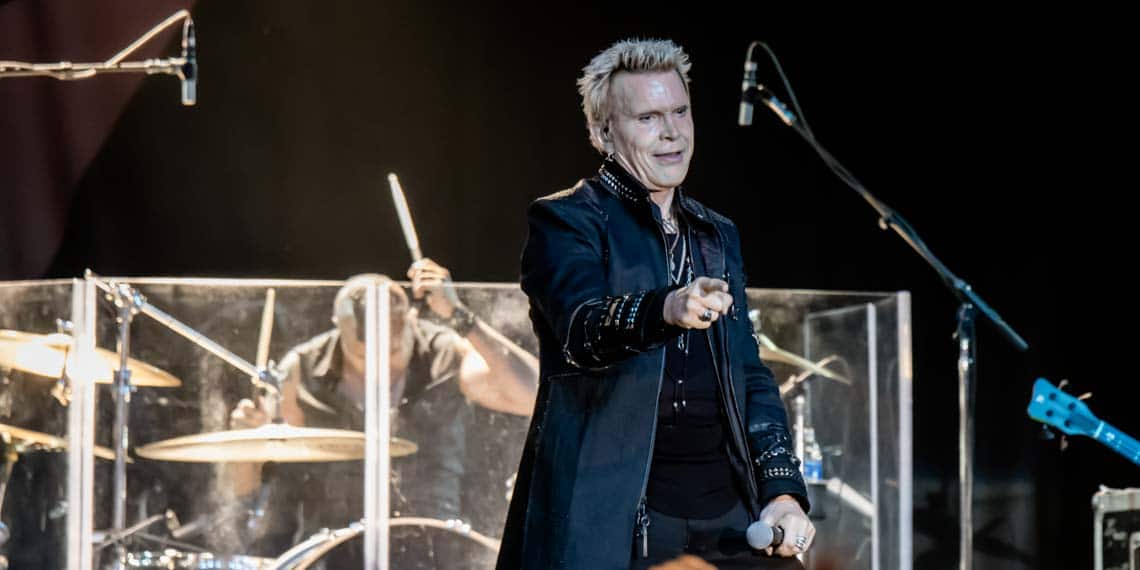 It was a fantastic night of nostalgia from Billy Idol tonight that featured a ton of dancing, grunts, growls, and Rebel Yell fist raising… it left the audience wanting more (more, more), namely two hit songs that were left off: “Hot In The City” and his classic cover of “Mony Mony” by Tommy James And The Shondells.