Be sure to catch Radio Drive’s special matinee show at the Minnesota Music Café this Sunday, January 26. at 4 pm. Their last album, In the Light, was released last August. Check it out here.

Radio Drive might be one of Minnesota music’s best kept secrets.

His lyrics are refreshingly inspirational and true to life. Leaving behind all clichés of songwriters as erratic and troubled, his brand of “motivational rock” is uplifting both musically and lyrically (even when talking about tough subjects). It isn’t easy to take this approach and not get cheesy, but Gullickson’s obvious sincerity keeps this from happening.

The Radio Drive story is filled with accolades, awards, and impressive collaborations. 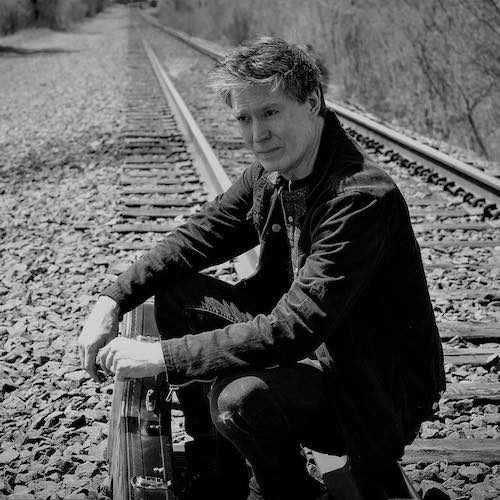 The power and quality of Gullickson’s songwriting has been recognized often. 2012’s “Never” was nominated for Best Alternative Song by the Hollywood Music Association, 2014’s “A Taste of Heaven” was selected as a Top Finalist by the World Songwriter Awards, and 2018’s “She Colors My World” won Hollywood’s Akademia Award of Excellence.

Current album In the Light, which was released this past August (more info below), has been a success on many levels. A handful of tracks from it have been featured on radio shows across the country. Impressively, it is still on many indie album and radio charts, including Radio Indie Alliance and ReverbNation.

Although as catchy as ever, last August’s In the Light album finds Gullickson channeling his heavier influences. 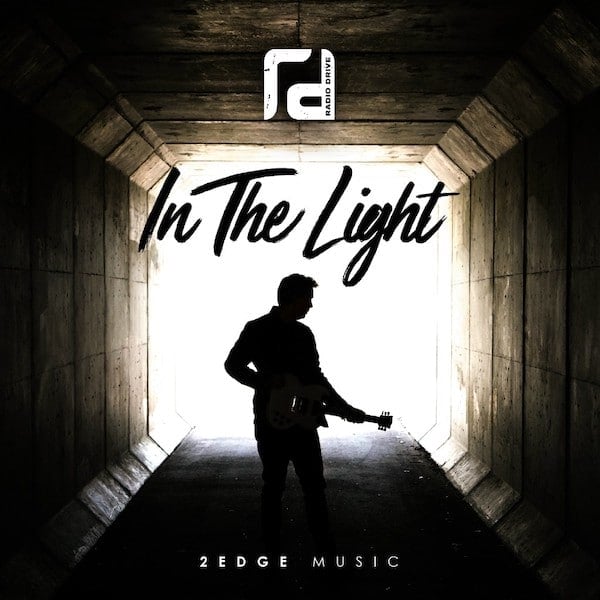 If you’re a Radio Drive novice, opening track “First Time” encapsulates their sound perfectly with its catchy riff, soaring melody, and layers of interesting synths. Poppy “Come with Me,” which follows, features another instantly catchy melody.

Light has its fair share of the uplifting lyrics that Gullickson is known for. “Life” (“life is joy/life is pain/life is loss/life is gain/then a new day to live”) and “I Have a Voice” (“I have a voice/I’m not alone/I have a choice of my own”) are two highlights in that vein.

The album ends with two of its best tracks. Ballad “What Went Wrong” blends light and dark beautifully; it is easily one of Gullickson’s best songs. A closing cover of The Church’s “Under the Milky Way” is faithful to the original without being a copy. It ends the album nicely.

Buy Into the Light and be sure to catch Radio Drive at the Minnesota Music Café this Sunday, January 26 at 4pm!

Check out our exclusive interview with Kevin Gullickson:

How does your songwriting process work?

It starts with the idea, maybe a guitar riff, a melody or a lyric idea. Sometimes it hits me when
I’m busy doing something else and I have to capture it on my iPhone by recording the idea.
Sometimes I’m playing my guitar and come up with a riff that I’ll build a song around. That’s
how three of the songs were written on my latest album (“Come with Me,” “Moving On,” and
“First Time”).

Once I get an idea, then I’ll start recording the parts. I’m thankful to have my own home studio,
so I can spend time developing a song by recording the parts. I usually start with a reference
track consisting of guitar and vocals, then build from there. The song evolves as the parts all
come together.

Many of your songs have an uplifting, true to life message. How important is your message to you?

It’s funny to say, but quite a few songs were written for me, either as an expression of what I’ve
experienced or to encourage myself. For example, “Time to Rise” from my album She Colors
My World is an expression of what I went through about five years ago when my life was in
shatters. At the time, the band was signed with a management agency that was setting up a
tour in Europe. Plus, my brother was recovering from cancer. Everything was looking up.

Then it all fell apart. The tour never happened and the band parted ways. At the same time, my
brother died of cancer. All my expectations crashed. I gave it all up. I didn’t sing or even touch
my guitar for well over a year. I had a decision to make: Will I stay down, or rise up?

Thankfully, with the help of my wife, I got back up and began putting the pieces back together
again. This time, making something new of myself. I tried to capture that in a song.
Same with the song “A New Start” also from She Colors My World. That one is for my wife
and I, coming through fire and water and still standing. I know we’re not alone in that. So if
any of my songs encourage someone, that is my reward. 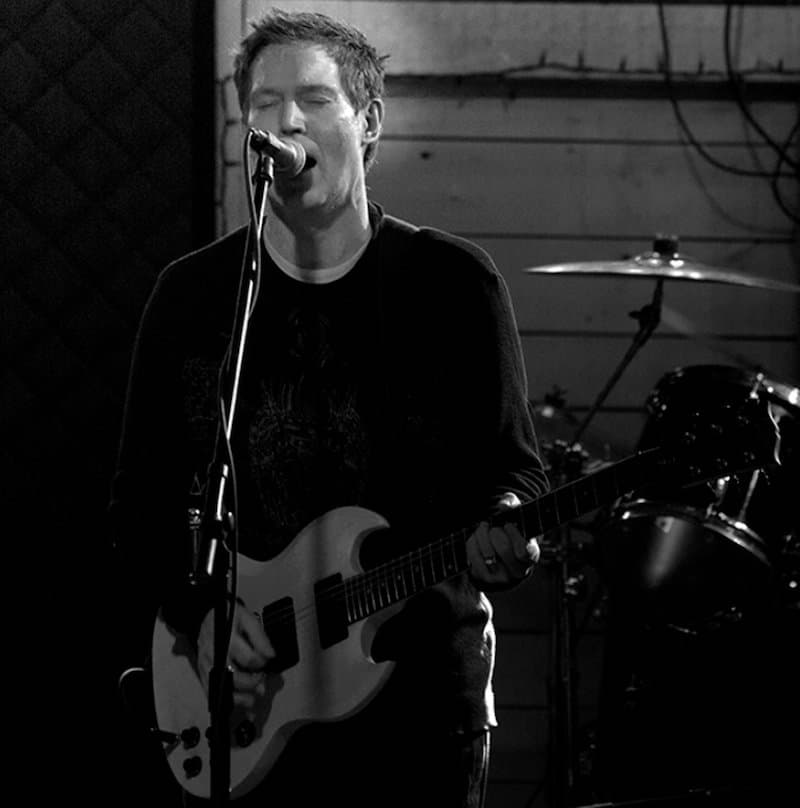 How and why did you decide to take your songwriting in this direction?

For years, music has been such a major part of my life through all the ups and downs. I used to
sit and listen to music for hours. There was always a song that spoke to me in the moment.

Too often, especially in my turbulent teens, I needed a song to help keep me grounded,
encourage me, or to escape and get lost in the music. I would listen to anything from Led Zeppelin to classical music. Sometimes it was the lyrics that inspired me, other times it was just
the music itself. I love a song that elevates and inspires. I suppose, over all the years, this
became ingrained in me. It’s a part of me. I love songs like “One” by U2 or “The Champion in
Me” by 3 Door Down. That stuff lights me up.

You’ve released six albums featuring your signature sound. Which songs and albums of yours best represent you as a songwriter and your musical evolution?

My third album I Can See The World From Here was when everything started to ramp up, but I think it was my fourth album This is Our Time that was a huge turning point for me. I started to get lots of
attention, indie radio play, great reviews, plus my song “Never” was nominated for Best
Alternative Rock Song by the Hollywood Music Awards.

My single “A Taste of Heaven” came after that. That was my biggest success, in large part
because of the production. I worked with a producer in Los Angeles who worked with several
platinum artists. He brought in some major musicians who also worked with major artists.
This was a huge production and the results were amazing. That song really took off. It seemed
to capture all the best elements of my songwriting.

I’m really pleased with the latest album In the Light. I was more relaxed and confident with
the songs and the recording process. I knew exactly what I wanted to achieve in the sound.
No more second-guessing myself.

Your latest album, In the Light, has a heavier feel, although there is still that classic Radio Drive sound at its foundation. What tracks from the album do you think best represent it?

I grew up listening to the heavier sounds of Led Zeppelin, Deep Purple and Black Sabbath.
Along with that, my favorite has always been The Beatles. On several of my albums, I was
focusing more on lighter pop sounding songs. A few years ago, I saw the Foo Fighters in concert
and that rocked my world. I knew I had to get back to my heavier roots in music. That meant
more guitar. Heavier sounding guitars, at that.

One of my favorites from the latest album is “First Time.” It has what I feel makes a good song:
A memorable guitar riff and a catchy singalong chorus. That, plus a heavier crunchy guitar
sound. I think that song represents the classic Radio Drive sound.

Which songs mean the most to you?

From the latest album, it would have to be “What Went Wrong.” That is, without a doubt, the
most intense song I have ever written. It’s about loss that never should have happened. I really
dug deep into my soul to pull this song out. It’s a heavy song about a heavy subject.

On a lighter note, another song that means so much to me is “Life as it Should Be”. This was
the first song I wrote when I moved to New York City and met the love of my life (later to
become my wife).

“A Taste of Heaven” is also about the time with my wife in New York City. We lived there
for about four years. I loved it out there. It was such a perfect time in my life, so simple, no cares.
Sharing all the excitement of the big city with my love.

You’ll be playing at the Minnesota Music Cafe this Sunday, January 26. What can people expect from a Radio Drive show?

Yes, we’re really excited to be playing again. It’ll be our first gig in almost five years. It’s very
fitting that we’re playing the Minnesota Music Café, because that is where we played out last
gig in May of 2015. So it’s like we’re picking things up where we left off.

What to expect? First, extended guitar solos. My huge guitar inspirations are Jimmy Page of
Led Zeppelin and Richie Blackmore of Deep Purple. I love how they extend their solos and
improvise. The songs are different every time they play them. It gives the song “room to
breathe” as I put it.

Second, on most all of my recordings, I play all the instruments (I had a drummer from Italy play
on my latest album). Here at the show, you’ll hear some amazing players: Peter Klemme on
drums, Joe Maffei on keyboards, Isaac Gullickson on backup guitar, and Wesley Hendrickson on
bass. These guys are all amazingly talented and will bring a whole new dimension to the songs.

Be sure to catch Radio Drive’s special matinee show at the Minnesota Music Café this Sunday, January 26. at 4 pm. Their last album, In the Light, was released last August. Check it out here.