The story I’m about to share goes beyond this Saturday’s Two Year Anniversary Event for Local Dope Sh*t.  The night is a monthly LIVE-local-hip-hop event at Can Can Wonderland featuring aspiring hip-hop artists and polished veterans… but it’s “waaay” more than that. So if you don’t have time to read the “waaay more,” that’s okay, life is busy, just CLICK HERE to link to the event page on Facebook and save for later.

“Hip-hop is the most misinterpreted, mysterious, unexplored, and ridiculously limitless genre out of all of them … and most of us think we have it figured out.”

What I mean is, we tend to think we know hip-hop or, at least, we’ve wiped the dust off our hands after setting the “hip-hop box” next to the other boxes on the “Got It Figured Out Shelf.”

If I were to ask you, “Sara: What is hip-hop music?” … I’m guessing you might say something like … “It’s music where they make beats with fake instruments” or “It’s not music they just talk really fast” or “It’s young kid music where they make a lot of money” … [And then you’d follow with] … “And I could probably do what they do, anyone can do it.”

Do you find yourself somewhere in there?

But we don’t really have hip-hop figured out. All of music history has led us to this point. It is as if the lineage of genres were all explored and created to bring about hip-hop. And now it’s here. And we haven’t the slightest clue of what it is, what it could become, or where it is going next.

Hip-hop music is shaping us as we ride its wave. Hip-hop invites us in. Hip-hop itself is a teacher, something that always demands the student be woke to new creative fringes.  Hip-hop, at its core, is elusive in its definition. But perhaps hip-hop is just helping us figure us out.

Boom. There it is. Definition: Hip-Hop//::: (is) a teacher helping us figure us out.

However, since we’ve conveniently stored it on the “Got It Figured Out Shelf” shelf, hip-hop is largely brought to public attention in times of controversial album release headlines, incarceration headlines, and red carpet drama.

So let’s just time-warp your consciousness through years of formational development to a place where you suddenly wake up in your studio apartment and realizing that hip-hop is far greater than you could have ever imagined.

So, what should you do next?

Go to the Two Year Anniversary of Local Dope Shit this Saturday!

If hip-hop is a teacher helping us figure us out THEN Local Dope $#%T is the Twin Cities’ life-blood providing you access to a teacher.

Tori Johnson (performs as “Uncle T“) and Christopher Jensen are the “Curators” of Local Dope $#%T. They have curated a space where hip-hop is a teacher for any type of person looking to study. Whether you love getting lost in a sea of head-bobs, or maybe an aspiring hip-hop artist who wants to network and begin building an image, the Local Dope $#%T community is for you.

This theme was at the heart of my sit-down with Uncle T and Chris on a wickedly cold evening at a coffee shop in uptown. No matter who you are and where you are, Local Dope $#%T is for you.

Chris found himself mixing on ancient music software at an early age. Now, with decades of experience in creating, performing, producing, marketing, and building industry relationships, Chris has become a “Rosetta Stone” for Minnesota’s hip-hop landscape.

Certainly creating an amazing venue is always at the forefront of his mind, but together with Uncle T they have managed to bridge a transcendent gap where an event turns into an interactive opportunity to experience, learn, and grow as music lovers and artists alike.

Uncle T always found herself gravitating to hip-hop music, but her time sitting at the “industry table” is recent.  She made the leap in 2017 and tested out her lyrical-prose at Can Can open mics. Now a blossoming hip-hop artist, she’ll soon release her freshman album, and she is an entrepreneur crushing it in the craft-spice arena with her company, Side Hustle Salt (here is the Company Facebook page).

Uncle T, along with Chris, have rebuilt the foundation for a new generation of hip-hop artists to have a voice, perform alongside seasoned veterans, and build an image in front of the “local dope scene.”

Together they are the dreamers and curators of Local Dope $#%T and are a channel to breaking into Minnesota’s hip-hop circle. Both of them have teased future “collabs” and it will be exciting to watch how they shape Local Dope $#%T in 2020. I expect this year to be a legacy launching year in “Dope” becoming a top-rated hip-hop venue for artists and patrons to experience at all levels.

Local Dope $#%T is where artists go to hone their craft through Single-A, Double-AA, and Triple-AAA to have a shot at “shaking the tree” on a national stage.

The line-up this year is beyond compare. And at $5.00 price tag it’s the best venue in town this Saturday, January 25th at Can Can Wonderland (21+). The Can Can leadership wants to support the local music scene and is giving 100% of the door charge back to the artists. They have been a pivotal partner in opening their space to the growing Local Dope $#%T community of artists and patrons.. 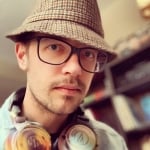