I listened to a couple people complain that if you wanted to listen to music at the Minnesota State Fair you would need to spend some good money to get inside the Grandstand. Granted, the bigger acts and, even more important, the pricier national acts, are there if you wish to spend the money.

I decided to visit as many live entertainment places as I could while keeping track of costs that include Admission to the Minnesota State Fair, Food, and Entertainment on a budget. My total spending for the day? $47.00 Dollars. Not bad.

I started my day out listening to the Minnesota Vikings Radio Announcer (VOX) Paul Allen at The KFAN Radio Booth for my first hour or so. Not much happening, so it was time to move on.

I headed over to RC’s BBQ and watched Shane Martin play a combination of Country, Rock, and Pop Music that includes covers of several hits along with his own original music.

The next band I stumbled into was a group called The Soupbones. I can’t say that I’d heard of them before today. From what I did hear, they seemed to be a classic rock cover band. This was a two-man set. Not bad at all. The lead singer had a good voice and the audience seemed to be enjoying themselves.

Next, I wandered over to BOB-FM where I watched a couple of acoustic songs from Kristine Wriding another artist I didn’t recognize. It is wonderful, I love finding new music! She played an original, which was pretty good, along with a cover of Sugarland‘s “Down In Mississippi (Up To No Good)” that wasn’t bad, although she could put a little scowl into it, and maybe gotten a little more feisty. The delivery seemed a little soft, although that could be because it was an acoustic version.

I headed over to The International Bazaar Stage to watch Annie Mack play a half-hour set. Annie is another local singer that is predominantly infused in the Jazz and Blues Genre. She’s kind of new to the scene, which is unfortunate because she has a killer voice and is definitely someone you should go see.

Then it was on to The Leinie Lodge Bandshell Stage where I got to watch about a half-hour from Jimmie Allen. an up and coming national country act. Jimmie played several cover songs including Alabama’s “I’m In A Hurry” along with some original songs like “Happy Hour,” “Best Shot,” and “21.” It was a strong showing from this up and comer. 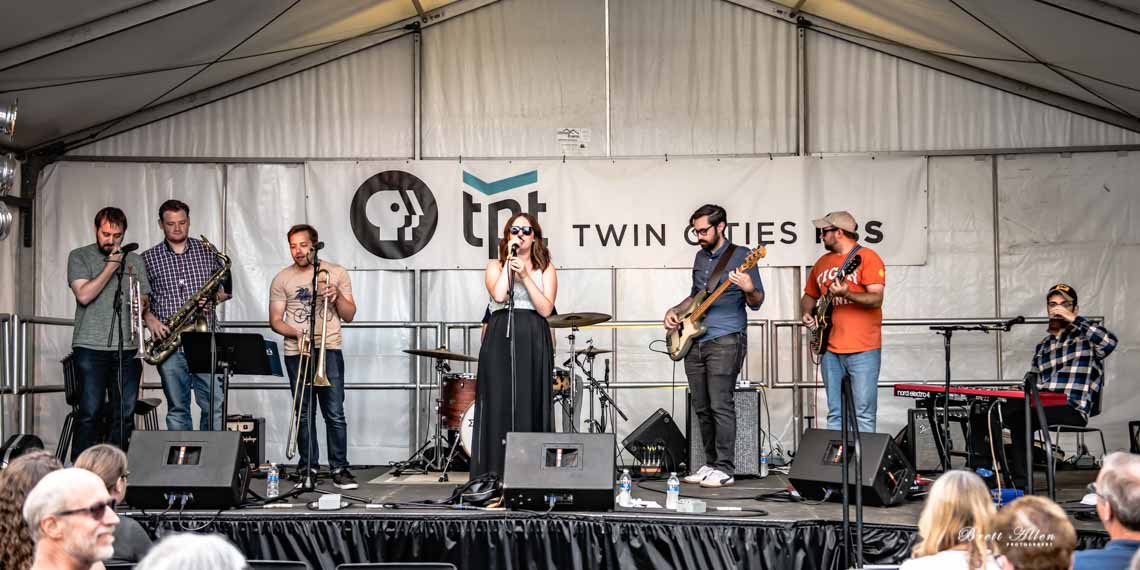 Then I stopped by TPT (PBS) and watched a few songs from an 8 piece ensemble. I tried finding out the bands name and had no luck. Female singer, along with some guitar and some players on the brass. It was not my kind of thing, so it was time to move on.

Buz’n 102.9 was my next stop. today was Women of Country Day, with 4 talented local ladies. Erica Hanson, Karina Kern, Dayna Koehn and Swanny Rose all of the band A Girls Night Out- a tribute to the superstar women of country, along with a few others.

Frontier Bar was the next stop where Jesse Becker (formerly of Maiden Dixie) was playing with The Pickin’ Parlor Boys. If I heard correctly, this consisted of his father and brother. If you’ve never seen Jesse or Maiden Dixie…Go! The group is a wonderful example of rockin’ country. Tonight Jesse sang an Eagles cover while Jeff Becker did a fun Charley Pride cover. 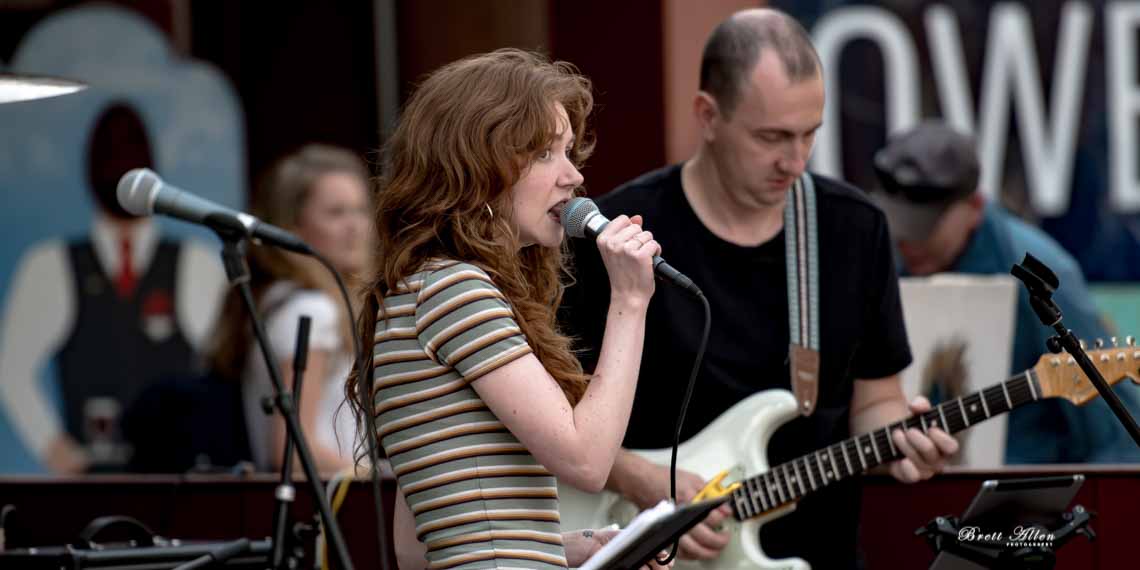 As I was heading back to The Leinie Lodge Bandshell Stage I stumbled across 2 other groups playing. The 1st was a young lady and her band playing at The AFL-CIO area. Not bad, was playing a cover from The Partridge Family. 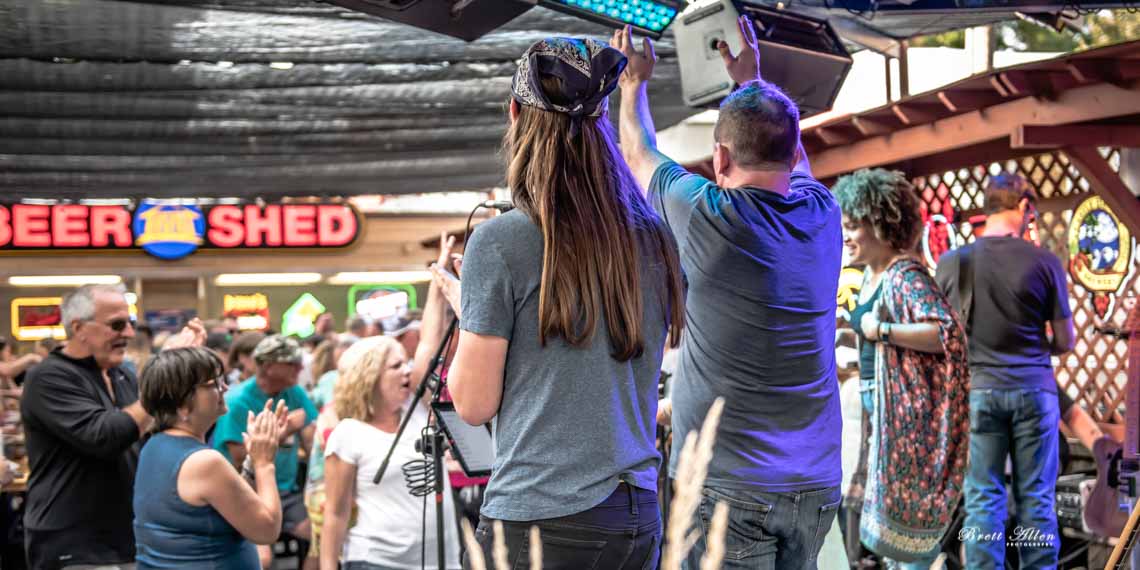 This 2nd one? I just wandered by this bar. Fun Rock and Roll. I didn’t know the songs but this band had tons of energy, especially for being on such a small stage.

Last stop of the night… The Leine Lodge Bandshell this time for The National and Country Superstar Clay Walker! This wasn’t just a couple of songs from this headliner either. This was approximately a 20 song set featuring his biggest hits including the #1 smash hit “Chain Of Love” that led to a Christmas Version of this throughout Minnesota and Western Wisconsin helping many people and families.

What a fun day of bouncing around to different music acts! Just proves you don’t need to spend a lot of money to see some live music! Especially at the Fair.

If you’re a Music Lover, be thankful that we live in an area with so many talented artists! Go check out a live show, and show some support! Not only for these fine musicians but these wonderful establishments that bring them in.