As Minnesotans, it’s almost impossible for us to objectively evaluate whether Prince is overrated. More than perhaps any other place in the galaxy, we value one of us. Any appraisal of Prince from a Minnesotan, then, is bound to be skewed by hometown bias.

That doesn’t automatically mean Prince is overrated, though. Taking pride in successful people that are from where you are is natural. Our cosmic common sense as human beings tells us that there’s something transcendentally important about place. That’s why we take pride in where we’re from, that’s why we love people who are from where we were born. There’s no place like where we’re from. There’s no place like home.

As Minnesotans, we often go way overboard with this, though. At this point, “one of us” is a cliché/punchline for how we try desperately to find a Minnesota connection with everything, and how much we fawn over people who are from here. Feeling a special connection to those who are from where you are is natural, but we often take it to an unnatural extreme.

Prince to the Outside World

But exactly how much does that color our view of Prince?

Judging by how the music world views him, it doesn’t seem like that much.

Although Eric Clapton never said Prince was a better guitar player than him – those memes are fake news – he obviously has a lot of respect for him. He just recently covered “Purple Rain” at a concert, and it wasn’t even here! This, of course, is just the tip of the iceberg as far as famous musicians paying him tribute, and speaking to his importance, goes. We heard about it over and over again for weeks after his death. We still do.

Even when he was still alive, though, Prince was largely seen as an innovator and genius by the music world. This included both critics and fans, which rarely happens. His fusion of funk, rock, pop, and blues hadn’t been done before, and still, influences pop music today. Purple Rain is one of the quintessential pop culture moments of the ‘80s, and the soundtrack practically defines the decade musically.

Dropping Some Philosophy (You Got This)

So why would I even ask the question whether Prince is overrated?

It comes back to the question of the subjectivity of terms like “overrated” and “underrated.” Personal feelings, tastes, and opinions certainly come into play.

But that doesn’t mean the terms have no objective value, or can’t be proven true or false to some degree. The strength of an overrated/underrated claim is in the arguments that a person has to back it up. That there is some degree of actual truth to overrated/underrated claims can be easily proven. We know “Prince is underrated” and “Erik Ritland is overrated” are objectively false statements. There’s no getting around that.

The overrated/underrated question is fun precisely because of this tension between fact and opinion. We can’t come to a scientific answer to a discussion of this nature, but we know that there is some element of truth and objectivity to it. It is why we care to have these sorts of discussions at all.

Everything is Just So Overrated 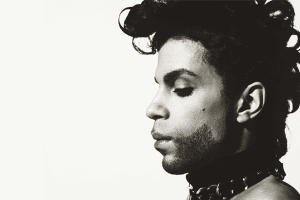 Often, “(fill in the blank) is overrated” is a cynical way for people to put down a band they just don’t like. I used to play this game all the time until I realized most artists I thought were “overrated” were simply popular and not something I particularly enjoyed. When I said something like “Jason Isbell is overrated,” what I really meant was “Jason Isbell is really popular and I personally don’t understand why.” The problem was with me, not Jason Isbell, his fans, or his popularity.

The overrated tag is also often placed on any band with a huge amount of popularity. This is often done, as I alluded to at the beginning of my article, to troll people who like those popular bands. People also do it just to be different, or to accentuate just how different (and better) they are than the ignorant masses.

This, of course, is self-aggrandizing bullshit.

There was a time when I would have said Prince is overrated for a combination of those reasons. Since I don’t really enjoy Prince’s music – sorry, guys – all the adulation he gets always seemed like a bit much.

Despite that fact, I did listen to a lot of the Current’s wall-to-wall Prince after he died. I do understand the connection to people from your hometown, after all, and I kind of wanted to see if there was anything I was missing. I find it’s best to look into myself to see if I’m missing something when I disagree with most people, as opposed to automatically assuming I get something they don’t.

What I heard didn’t surprise me. It was mostly the funky combination of pop and rock I expected from Prince. Objectively, the quality of his music is clearly high: the songwriting, the production, the vital combination of the expected and unexpected that underlies all genius. 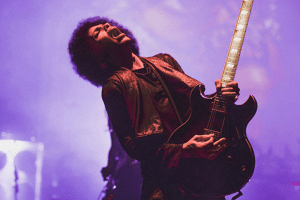 Still, his music didn’t really resonate with me. I could tell it was creative and high-quality, but it just doesn’t speak to me.

But I know this is a problem within myself and has nothing to do with Prince. Just because his music doesn’t do much for me personally doesn’t mean it isn’t as good as most people say it is. In fact, I can tell objectively that it is. It just isn’t something I’m into.

Is Prince overrated? Judging by the majority opinions of the most talented musicians, the most intelligent music critics, and a huge worldwide fanbase, no.

We might go overboard with our Prince love in Minnesota, but that’s natural. If we were the only ones who thought he was amazing, it could more easily be argued that he’s overrated. As I’ve shown, though, we’re far from alone in feeling this way. We simply take his reputation and add a little something extra due to the emotional attachment that comes with Prince being from Minnesota.

If I, as a person who doesn’t even like Prince, know he isn’t overrated, then I truly doubt that he is. I’m guessing I won’t get much argument from the audience of Music in Minnesota.