It’s easy to overlook the power that stories have on life, but as you listen to Chad Atkins’ debut album, Stories, their compelling power, and rightful place, becomes clear once again. Being released on August 25th, Stories is comprised of electronic beats, soulful lyrics, bright synths, and a liveliness that brings dancing back to the dance floor. Even if you aren’t interested in dance music, you will find yourself moving along to every piece.

The first single released off the album was Mirrored Skies, featuring the vocal prowess of Lindsey Boyd. Mirrored Skies bridges the bright tones of the album with the powerful basslines to bring a cohesiveness to the album. Lindsey’s vocals and lyrics bring a darker personality to the otherwise light piece and takes you on an adventure into their world.

“I decided to do this album as a testament to my life and my name, and as a sort of reminder to anyone who listens to it that their life has such immense significant purpose, even though we are such small, small specks in this vast universe, we all have a story to tell.” – Chad Atkins

Following soon after, and setting the tone for the rest of the “Stories” was the release of Promises and Lightning. Both of which deliver on poppy, upbeat dance music that brings the dance floor to life, but both pieces also construct snapshots of life through enchanting, relatable lyrics and well-crafted imagery.

Stories is more than just another piece to add to your collection and forget about in a year. This album pulls you in and keeps you there, but you wouldn’t want to leave it anyway.

Going along with the release of his album on August 25th, there will also be an album release party taking place at The Pourhouse in Downtown Minneapolis. The show will be 18+ and kicks off at 7:00 pm. 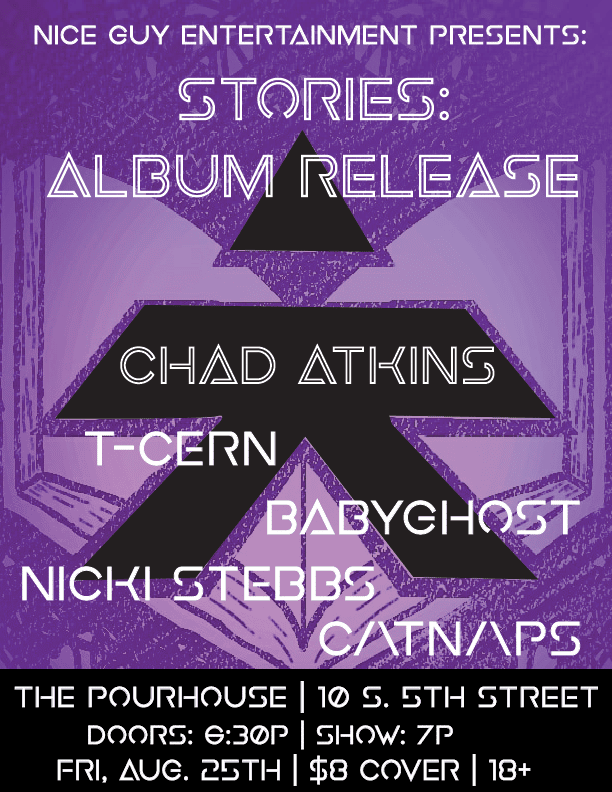