Treasure Island welcomed the 9-piece, classic horn-rock of Chicago. Chicago, in return, played their hearts out for nearly two and a half hours, split between two sets. The performance came close to a 30 song set (if you split up “The Ballet” into the 7 songs inside it, including the single “Make Me Smile.“)

Chicago started the night slowly, coming out and playing a couple songs from their first album, Chicago Transit Authority (“Introduction” and “Questions 67 & 68“), before ramping it up as the night progressed.

The next portion of the 1st set was focused around the acoustic guitar on hit ballads “If You Leave Me Now” and “Look Away.” If I closed my eyes, it felt like Peter Cetera was singing it to me, although we all know that he left the band back in 1985.

I was in awe for almost the whole show tonight! You can see and hear how much the band appreciates its fans. Even more amazing is how crisp and true these guys are, even all these years later. Amazing.

How many bands like Chicago still have 3 original members after having been around for 50 years or more? How about 34 songs that cracked the Billboard Top 40 and another 12 to make it into the top 100? The Rolling Stones can claim 4 members since 1975 and 3 of them since 1963. Yet, they can only claim 2 original band members: Keith Richards and Mick Jagger.

The 2nd set of the night was also spectacular. It began with “Alive Again” before hitting the crowd with a couple more monster ballads: “Hard Habit To Break”, “You’re The Inspiration” and “Hard To Say I’m Sorry,” Then the next half picked up in “Get Away.”

The last 2 songs just made the crowd want more, the band came back for the usual encore, playing 2 songs in the upbeat “Free” and  “25 or 6 to 4.” The latter is usually regarded as Chicago’s biggest song even though it topped out at #3 on the Billboard Charts. 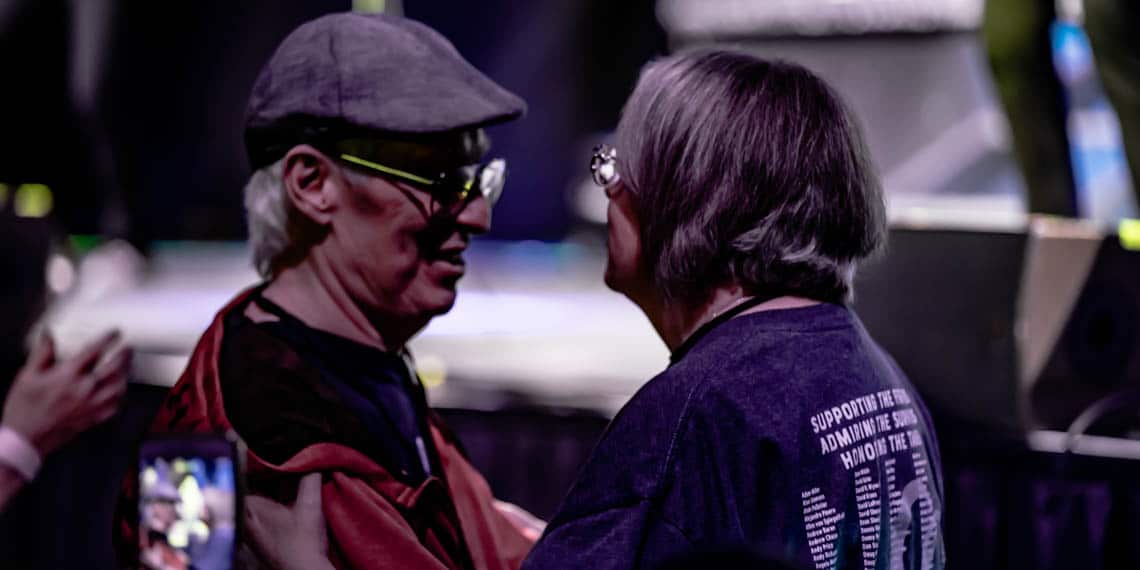 The best part of the night, though, belonged not just to Chicago. It also belonged to Treasure Island and a wonderful charity of which I just became aware. The name of this charity is DO IT FOR THE LOVE. They partners with Music venues and the performing bands. They grant people with life-threatening illnesses, children with severe challenges, and our military’s wounded veterans a chance to enjoy a live show with friends and family. Tonight a couple got the chance to sit front row and had a special dance to “You’re the Inspiration.” It truly looked like they were having the time of their lives. Amazing! As they say, music helps to soothe the soul. With a wonderful charity like this, it’s a great way to show it.