“The song is about coming through heartbreak, being overjoyed that your heart is allowing you to love again and making your move. There’s no time like the last minute of the year to tell someone how you feel.” says frontwoman Jenna Enemy. 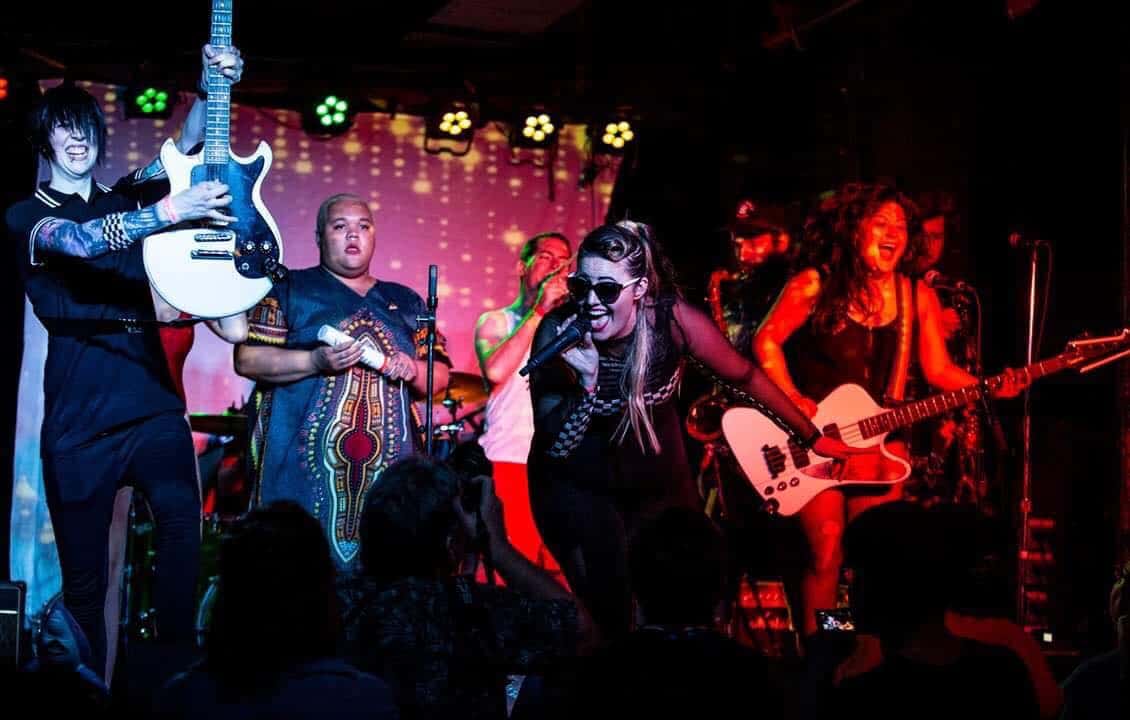 The Von Tramps are staying busy as usual, planning a SXSW tour in March, a West Coast tour in April, and the recording of a new full-length album in October.

To support The Von Tramps, check out their online store, where you can sponsor a Tramp as well as find awesome goodies such as holiday tee shirts with Jenna’s dog screen printed on them.

Catch a live performance of The Von Tramps on January 10 at Trollhaugen Ski & Snowboarding in Dresser, WI. Jenna Enemy will also be playing a solo set on December 30th at 7th St. Entry at 6pm as well as March 14th at Honey Minneapolis for a Saint Patricks Day celebration.

More From: On The Radar