“Just because songwriting is sacred doesn’t mean it has to be mysterious. Just because it’s special and powerful doesn’t mean that it has to exist in a place that other people might not either A) feel like it’s something that they could do or, B) connect it to their own lives. That’s what I love about it.” ~Chastity Brown

Although not religious, Chastity Brown can credit the church for teaching her the beginning steps to singing. There’s a certain improvisational quality to gospel music that allowed space for her to sing in the moment and exactly how she felt. It was later, at her first year of seminary school, falling in love, when things happened to reawaken her skill once again. She got kicked out of school, had a broken heart, and had all of these feelings at age 18. So she just started writing about it.

Originally Chastity had no plan of how she was going to sing her songs on a stage. She definitely wanted to sing at parties and wherever she could carry her guitar. But thoughts of performing on stage didn’t happen right away. She began to have a realization that songwriting was a necessary form of expression and it became this vehicle for her feelings. Chastity shares that her journey into songwriting, up until the last two years, has always been used as a way to excavate pain and tell stories of a marginalized life.

“Growing up in Tennessee, I affectionately say that I never meet a stranger. I love meeting someone who’s down to tell me any story that’s on their mind. So I also feel that part of songwriting is just trying to retain all the stories that I hear as I go and then hopefully tell them back in a way that feels honest, is beautiful, and has a really funky groove.”

Her advice for songwriters is direct. She states that you can write in any genre you want. When you do this, you exercise every single bit of your imagination. Nothing is exhausted, only composted when you write without borders. For Chastity, she’s realized that it’s opened up a lot of collaborations and inspired work. “You want to write with freedom. You don’t want to write in fear because it kills the story,” she shares.

Chastity references Louise Erdrich, whom the Library of Congress calls our generation’s Walt Whitman. “She’s one of the most prolific novelist of the century. I’m just like, how the hell do these people do this? And what I would say to a young writer is that you can tell any story you want.”

The first line in a song a lot like the first line in a book. It can capture attention and pull you in right away. Chastity shares that the first line can often be like the first song in a set. Once she knows the first song in the set, it’s easier to know how where things are going. “Wake Up” talks about the harm we cause ourselves. Each verse is littered with hints of pain that disclose enough to put the listener’s imagination to work. There’s a story and event taking place where you don’t know exactly what’s happening, but the feeling is there.

The song itself was completely improvised. Let me repeat that. It was completely improvised. Chastity was tired and finishing up some songs in the studio. Longtime writing partner Robert Mulrennan wanted her to hear this new song. She was literally like “no, I don’t want to hear it.” He brought up the song and placed a vocal microphone in front of her. What you hear in the track is what she sang, except for a little quiet alto part recorded later.

“Cut like a knife, straight to bruise
And its lingering”

When she listens back, she realized that part of the lyrics came from listening to NPR. She heard a story about a kid that pulled a knife at school. It was a horrible story and she found it came out of her in a more obscure kind of way in the lyrics.

When Robert shared “Carried Away” with Chastity, there was an immediate response. His ability to create an entire emotional world had her laying on her floor weeping. She hadn’t even sung anything or written any melodies yet.

“Rush to the kitchen, pour one up
Not pouring too much, just a little snuff
To take edge off, cool the cuff
Of the sleeve that’s been wearing swindled parts”

Upon the third time listening through, she had this image in mind of a character who is throttled with anxiety. In that state, the most basic movements all become labored. In listening to the verses, you can here this stress and anxiety by the pace and delivery in how she sings.

So much of Chastity’s life has changed since putting out this song. Some part of her wonders if this was some sort of premonition. A year after it came out, her former partner and her split after 12 years together. She’s fascinated how the subconscious affects what rolls out of one’s mouth. There’s a theme of self care and therapy in “Carried Away.” Sometimes we say things with a particular amount of insight, but we don’t know the value of it until later.

The song has different perspectives for her at different times when it’s sung. “Sometimes it’s so forlorn and then sometimes when I sing it, it’s really jubilant.” Like any good storyteller, there is depth in the words and ways we can interpret them. Chastity shows the weight in her words in this song.

With 5 full-length albums in her career, Chastity has grown to be surrounded by talented musicians. They help support and push her creativity in a myriad of ways. When asked if it’s easier to write when you’re surrounded by a gifted team, or if she still runs into the same challenges, Chastity replied it was twofold for her.

“I used to think the biggest challenges were when I brought a song to a group of people regardless as to how talented they were. But what I have realized over time was there were certain things that made it difficult. One is I actually wasn’t giving over trust. I was a little too domineering. First of all, these people are in the room because I asked them to be. Then I would still sometimes try to control it. Now what I’ve realized is the more familiar I am with a piece, the more I have exhausted every single idea, then I can converse about the song and kick it around in the fire, so to speak, without as much emotional weight and, or like need to control.” 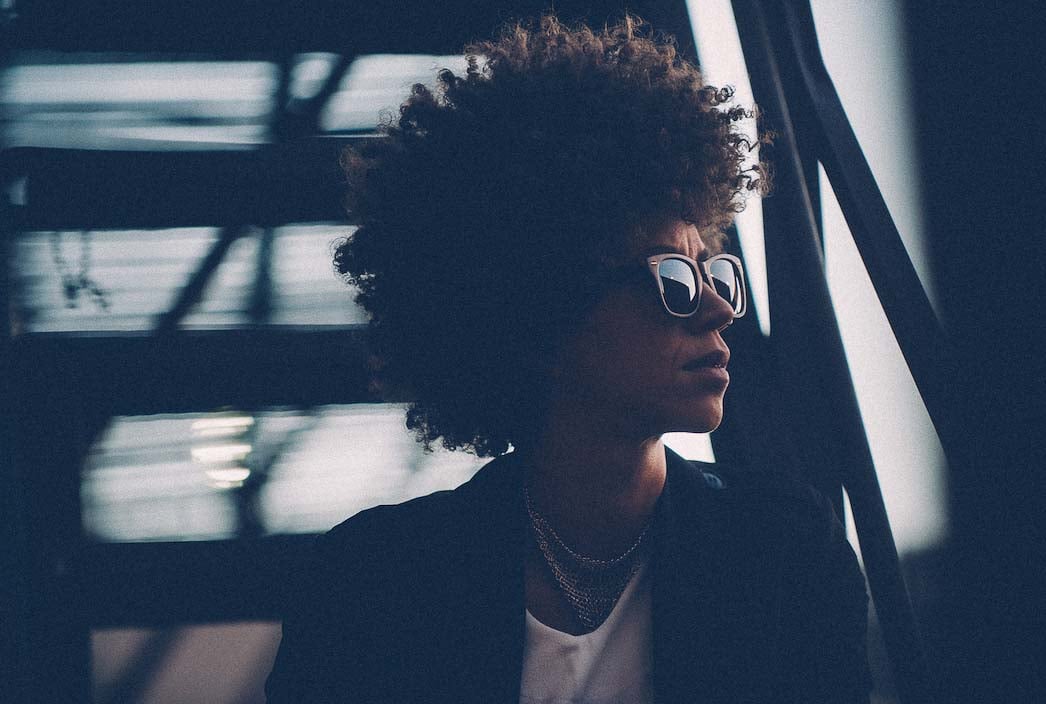 Recently Chastity returned from Stockholm, Sweden.  At the end of July she recorded a new record with Brady Blade, who is a drummer, producer, and longtime drummer for Bruce Springsteen, Emmylou Harris, and Dave Matthews. Brady put together a whole group of musicians that are based in Sweden. Chastity has never done something like that before and was excited to push her process for recording.

She came in with more knowledge of the songs and a hired producer. That trust in the producer was validated by the people they brought into the project. It almost became a laughing matter that most of them did exactly what she was hoping for on the first take. If you know anything about the Silhouette of Sirens, you know it took a ton of time to create. This time, they spent 10 days in the studio and got all of the parts.

“I’m 37 and I feel like I’ve put in the work to share respect with those that I respect, you know? Versus the context of earning respect.”

Chastity has been writing with local legendary songwriter Dan Wilson. She’s inspired by his knowledge of music and ability to write a story that matters to someone. It takes a lot of craft and experience to hone that skill. “One day of writing with him is like a year long master class,” she expresses.

Look for her new album release in the Spring of 2020. In the meantime, catch her in