To say that music has therapeutic value isn’t novel or necessarily bold. One could even call it a cliche.

That said, cliches sometimes exist for a reason, and in this case that reason is simple: music is indeed a tremendous healer. It’s a truth that transcends genre. Some find catharsis in the heaviness of metal, others in the rhythms of dance music, and everything in-between.

For me, lately, that has come from bluegrass. There is nothing like the sounds of sweet sound of well-played acoustic guitar, mandolin, and banjo. On Thursday night, Kind Country brought all of that and more to the Hook and Ladder as the latest entry in the virtual Hookstream series. 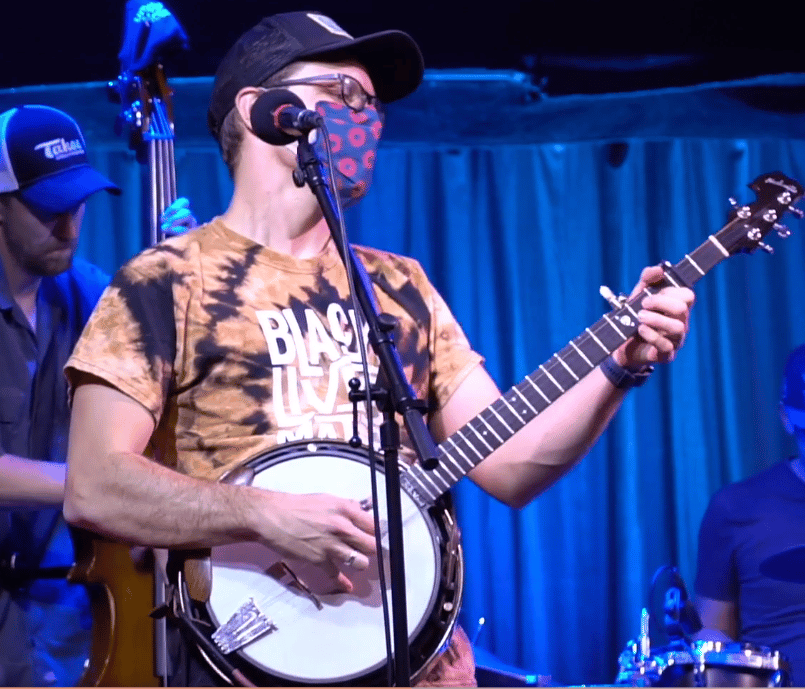 Merging semi-traditional bluegrass instrumentation with a progressive, even jammy approach, Kind Country has emerged as a reliable favorite on the local scene over the last few years. They showcased a myriad of strengths at Thursday’s show, skillfully navigating two dynamic sets.

The band wasted no time setting the tone. Opening with the well-paced staple favorite “Angeline,” they quickly established a high bar they’d hit over and over again across the two-plus hour show. Even in the context of a live stream, the energy was palpable and infectious.

The tune also hinted at the jammier side of their work, a side that would be explored more as the concert went on. Driven by their significant instrumental chops, these jams would go in sometimes unexpected but satisfying directions.

As proficient as they proved themselves to be technically, that skill was matched by a reverence for tasteful songcraft. Anybody who listened to their 2020 release Hard Times (some of which they played) can attest to this. That ability to blend quality songwriting with the chops-y playing is tough to achieve, but Kind Country sets themselves apart by succeeding.

Also distinguishing them from other bands in the bluegrass scene is their instrumentation. While “traditional” bluegrass instruments were present (acoustic guitar, mandolin, banjo, fiddle), Kind Country also feature a drummer and a steel player. Occasionally, mandolinist Max Graham would even switch to electric guitar for a tune or two. These quirks contribute to their unique, genre-bending vision.

The band’s unique approach was also shown by their choice of covers. The rock and jam worlds (Allman Brothers, Grateful Dead) were better represented than the bluegrass world. While there are certainly other acts that draw from both of those styles, few do so as effectively as Kind Country.

From covers to their own well-written and structured originals, from songs that leaned traditional to more progressive, the common thread across the two sets was Kind Country’s undeniable energy, unpretentious proficiency, and, above all, good songs. Right now, more than ever, that felt like just what the people needed.

Miss the show or want to re-watch the broadcast? Click the banner and use our exclusive code: KINDMUSICMN for $5 off!