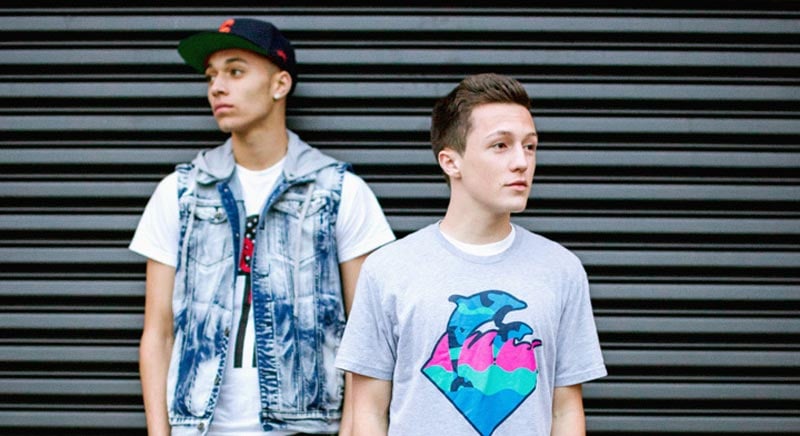 California duo Kalin & Myles are making more than a dent in the San Francisco music scene. Their music has spread world wide with the help of the Nickelodeon television network. Perfectly emulating artists like Chris Brown, Drake and Big Sean their music isn’t exactly kid-friendly. Like a great song should, their lyrics contain clever analogies, and catchy hooks, and many of their songs seem to have one thing in common: women. They love to sing about women.

Their songs are classic examples of men sexualizing females and encouraging tasteless behavior. While these songs may seem to be sang in all-in-good-fun, most of society doesn’t realize the impact their message has on their listeners. This is especially true when their target audience are kids.

Lets face it. America has become a sex-obsessed nation. A large portion of Youtube and Vine videos are girls “twerking” or teaching others how to “twerk”. Kalin & Myles have now brought their very own display of this sort to children’s television.

Nickelodeon is a large supporter of Kalin and Myles, heavily promoting them on their channel Teen Nick. The two even performed for Nickelodeon’s Top Ten Fresh Artists New Years Event. People might say, “Well, it is Teen Nickelodeon, so it’s totally okay for this type of content to be on television.” But is it? 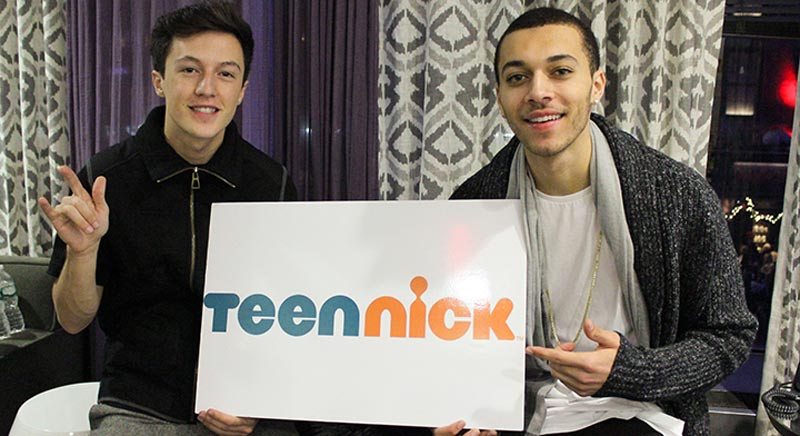 Most of Teen Nick’s demographic are pre-teens, which means viewers under 13 years of age. In a time when children’s minds are developing, Nickelodeon is feeding them garbage that (whether you believe it or not) ultimately shapes their thoughts and influences their actions as they become older. Truthfully, any young person, no matter their age, should not be exposed to this content when their morals and values are still under construction

Television’s only end game is to rake in as many dollars as possible. As a result, Disney and Nickelodeon have been rivaling for years behind closed doors.

New York Times’ interview with Nickelodeon General Manager Ms. Zarghami states, “While a bloated Nickelodeon was basking in its top-dog status, Disney Channel cracked the code for the “tween” audience — ages 9 to 14 — with “Hannah Montana” and “High School Musical.” That audience was once the icing on the kids’ TV cake, but became hugely important as younger children started to follow its lead. Although Nickelodeon has been the top-rated children’s network for 16 years, by 2007, Disney had started to regularly beat Nickelodeon by certain measures. The flagship Nickelodeon channel, fully distributed in North America, reaches more than 100 million homes. In the meantime, the children’s television business — always cutthroat — is growing more competitive.”

Watch these lyrical geniuses in their music video “Trampoline”.

It’s clear that ratings are all that matters in television and their attempt to get viewers’ attention is their only goal, at all costs. This is highly apparent within their loose guidelines. As networks that provide strictly kid’s shows, they are fully aware of what makes children’s brains tick and how to keep them coming back; everything down to the commercials they play, the clothes their characters are wearing and yes, the artists they promote. These multi-billion dollar corporations create television shows which are intended to intrigue and influence their highly impressionable viewers. With that knowledge, these networks have an enormous responsibility that is being taken too lightly, and often ignored completely.

Many parents trust that the television that is made for kids is safe for kids. However, as soon as networks choose to promote artists with inappropriate messages, this is no longer the case. Is it acceptable for young girls and boys to follow the lead of two “cool” guys encouraging them to view women as merely an assembly of body parts?

Consequently, the network that airs classic favorites like Full House, Hey Arnold!, CatDog, Rugrats, Rocket Power and other kid friendly shows simply may not be a good choice anymore.

While it may seem that all the blame is placed on Nickelodeon, we certainly cannot forget the responsibility Kalin and Myles have as artists to produce quality music that inspires good in people. The duo writes songs that feature lyrics such as, “You keep all these dudes so thirsty”, “Ima’ put dat’ key in the ignition”, “You know you a freak, so bounce it for me”, “I told her to back it up and put it on me, and then she drop it down low, uh oh, she tryin’ a lapdance.” Not to mention, their music videos feature the two surrounded by scantily dressed girls dancing around them. The only focus of these videos is on suggestively dancing women; valued as nothing more than objects. If we cannot expect tv networks to be mindful of who they promote, then it is necessary to stop the garbage at the source.

Regretfully, I didn’t have a chance to check out their music before the interview, so the focus of my questions was not on their subject matter. (Interview below)