It’s an awesome feeling to see an artist like GRiZ climb through the ranks throughout their career. We live in an era of increasingly viral stars who are, seemingly out of nowhere, thrown into the spotlight. 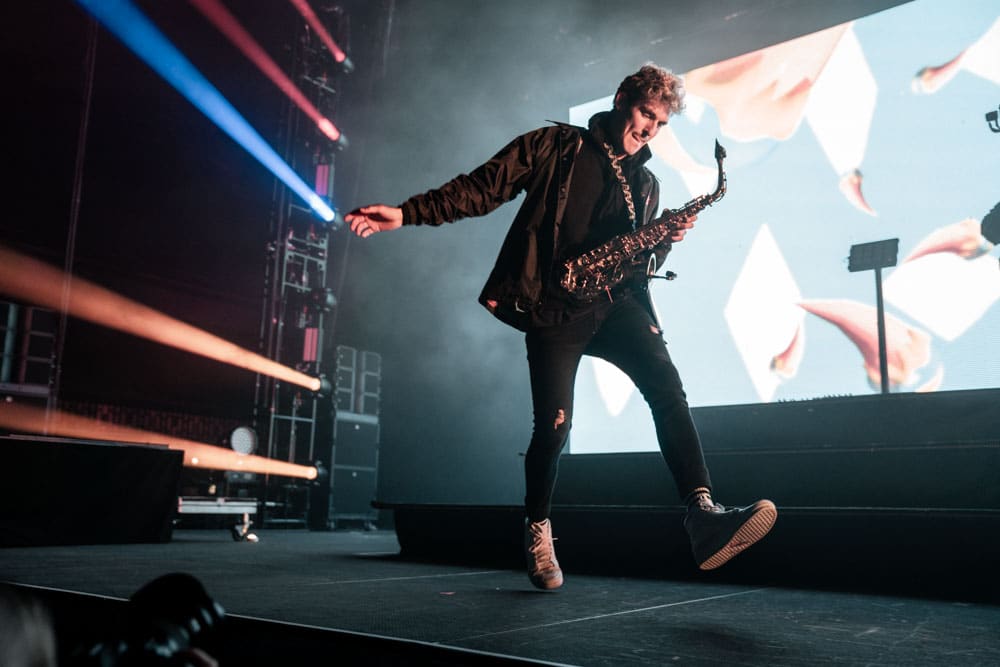 You’ve got the likes of Lil Nas X, who achieved viral stardom with one of his first-released songs, and Billie Eilish, who has gained a cult-like following by the release of her first full-length album.

GRiZ represents a different growth, a growth that occurs very slowly but at the same time pushes longevity among a fanbase. GRiZ started with a little buzz in the Midwest music scene, and from there has evolved from a little-known producer of funky electro-soul to essentially being the conductor of a touring band that packs large venues like the Armory. 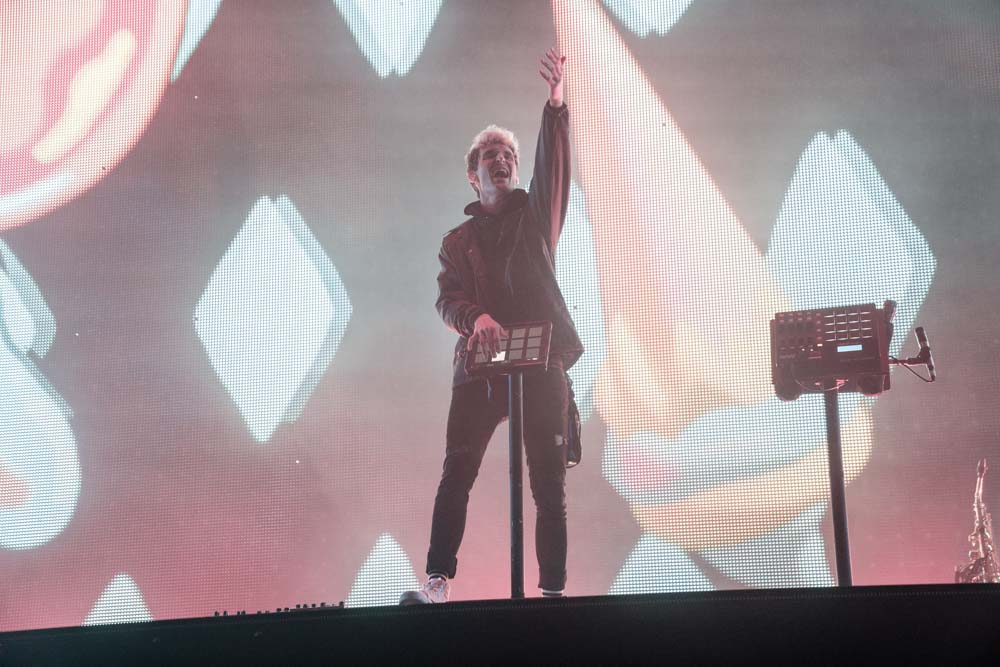 What was once an artist who only got name recognition among those with their ear to the ground in the industry is now a relatively well-known name to anyone that attends shows on a semi-regular basis.

The Armory show is the 3rd GRiZ performance I’ve seen, and each one has been a different iteration than the last. Last fall, it was just GRiZ and his guitarist Muzzy Bear performing as a frontman and producer. 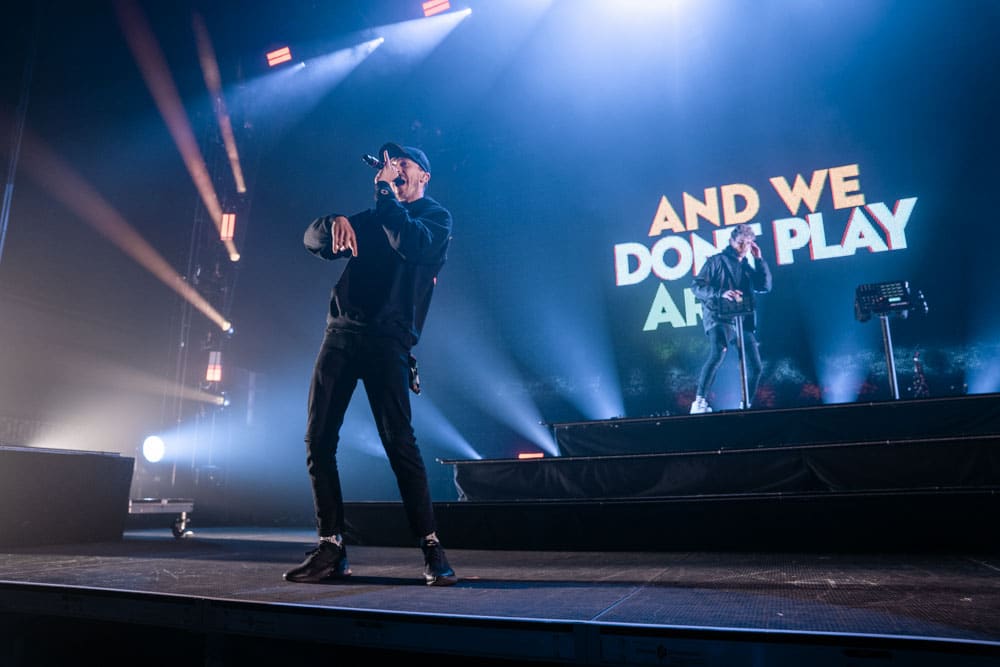 Last summer, it was a headlining show at Electric Forest with a fully fleshed out live band numbering near twenty. It featured a ton of improvisation, which left some of the crowd confused with the direction of the show.

This show was a happy medium between the two previous outings. The band was back; however, it consisted of only its core membership. This smaller outfit led to a more conventional show that ran through mostly new songs off Ride Waves. 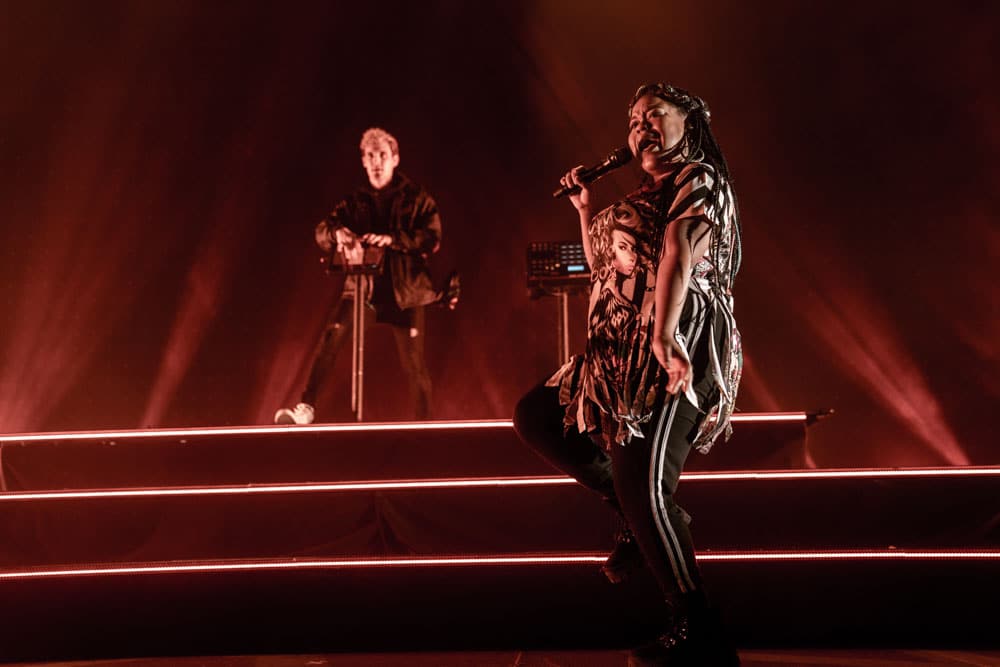 GRiZ himself provided his usual saxophone riffs accompanied by dancing, running, and backbends. At other times he retired to the back of the stage to do the backing beats while another band member took the center spotlight. 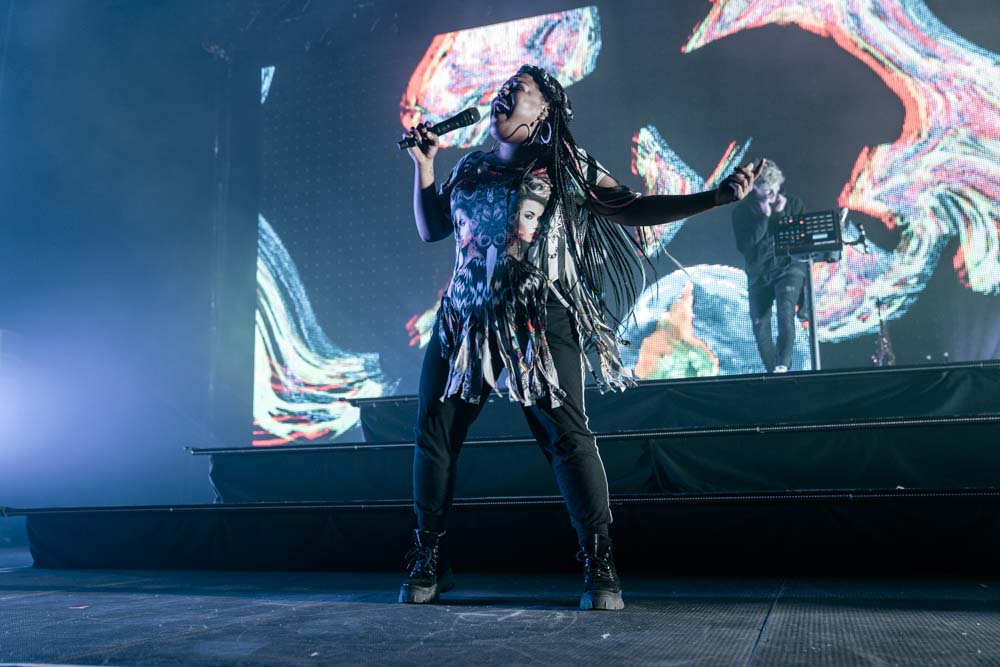 The core band drove the show forward as much as GRiZ, providing soulful vocals, hip-hop verses, electric guitar, trumpet, trombone, and backing production. This show was a family affair that relied on each band member to pull off its success.

The verdict? The GRiZ live band does not have a visible weak link among its crew. If we’re picky, I thought the soulful vocals were top notch while the rapping could have hit harder. However, it’s kind of a known secret that hip-hop studio work doesn’t always translate exceptionally well to the live stage. 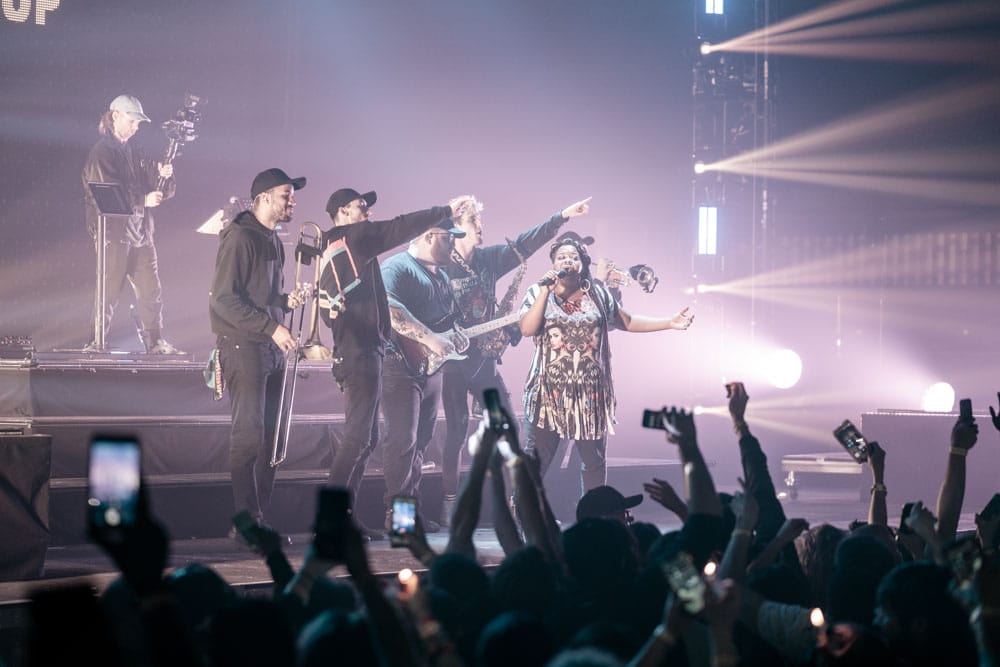 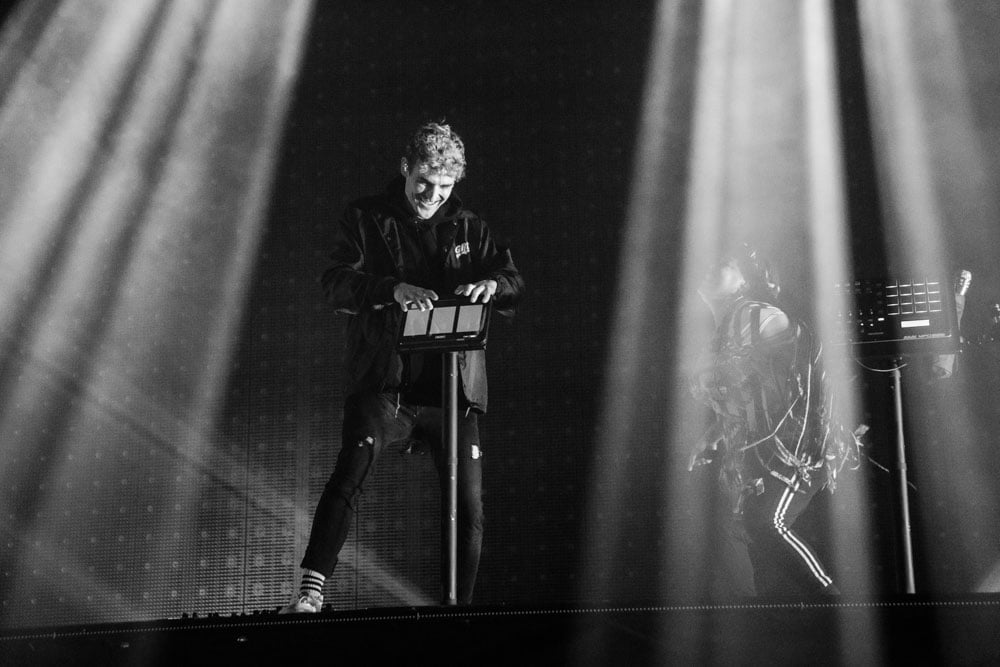 From a technical standpoint, the production went off without a hitch, which is much more than what can be said of many productions across the country in the first half of 2019.

Notably absent from this show was an encore. Fans anxiously awaited what most thought would be “Good Times Roll” to play during the encore section of the show. However, after GRiZ introduced and thanked his live band, there was a pause and the lights went up, to groans from the fans in attendance. 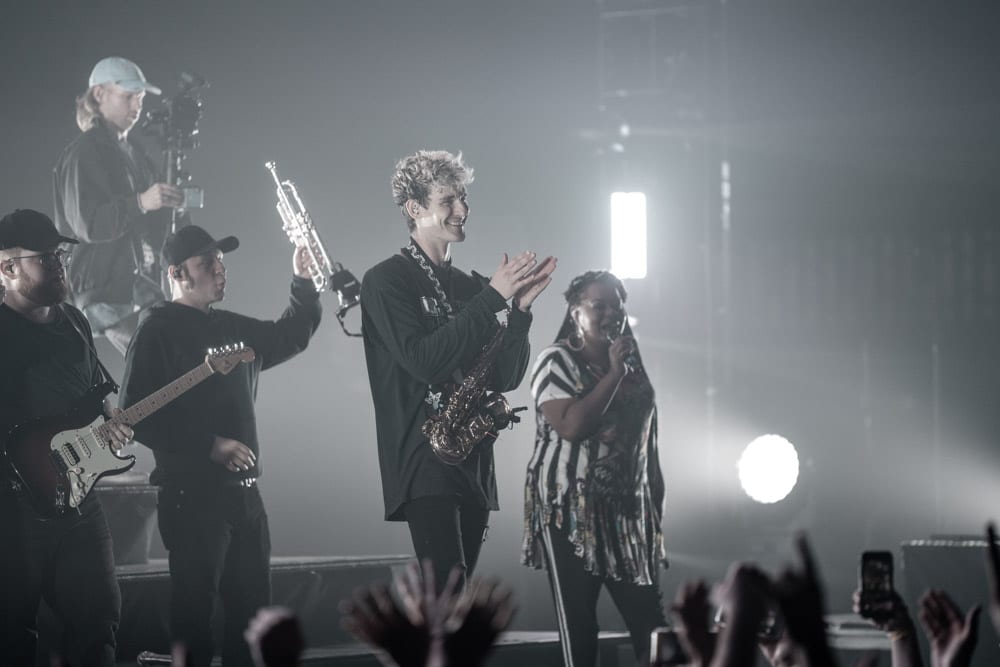 However, this production was solid, even if it was missing the big GRiZ hit that broke into the mainstream. The show was a musical treat, and it had many exclamation points on top of the solid production. If you are a fan of funk, EDM, or big-band jazz, there’s a little something for everyone at a GRiZ show. 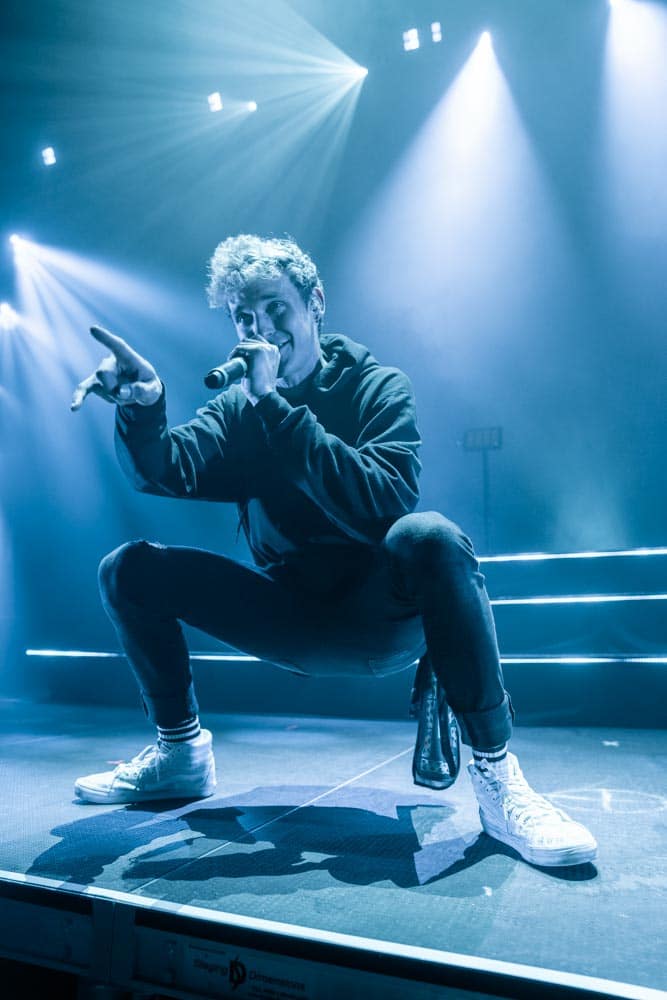