Menu
Search
On yet another blizzard-ridden spring day in Minneapolis (yes, it is still snowing here in Minnesota) I had the opportunity of checking out a very sold out Billie Eilish show at the 7th St. Entry over at First Ave. Knowing nothing other than her track “&burn” that features Vince Staples, I didn’t really know what to expect.
I soon found out she is a 16-year-old pop sensation. Many young girls and boys, mostly between 13-17 years old, braved the below-freezing temperatures to get in line early before the doors opened at 6pm. 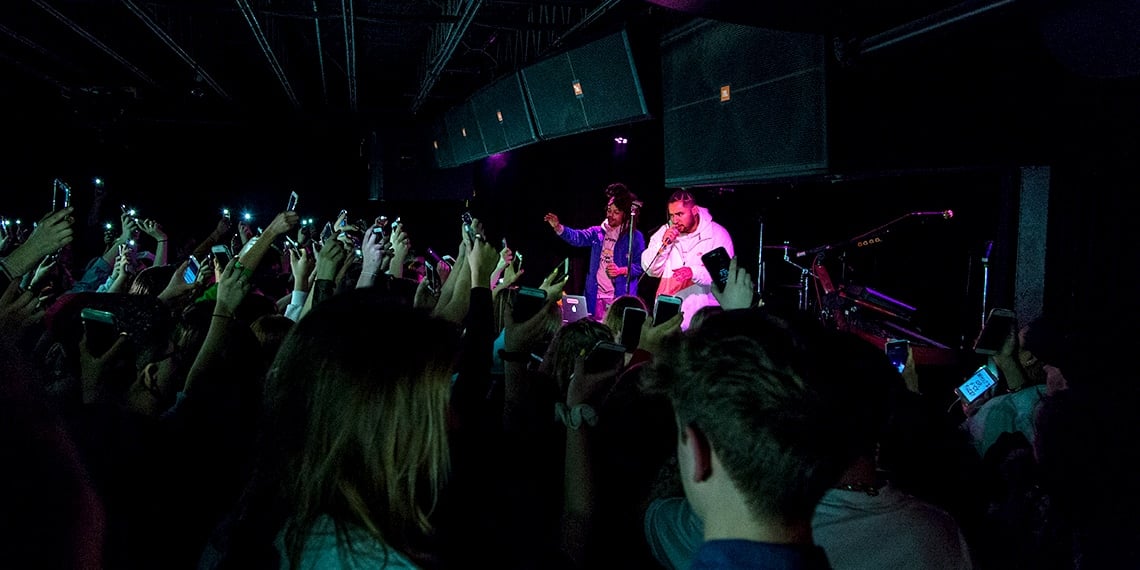 Usually, when the 7th St. Entry is “Sold Out,” everyone gives each other some space and people aren’t very crowded together. Since people are usually somewhat congregated near the bar in the back, there is no danger or discomfort. But this was an “all ages” show, and that means no booze. “Sold out” when you are dealing with extremely eager tweens means the pit is absolutely jammed with people. It was surprisingly hot and the air was flooded with Shawn Mendes perfume. 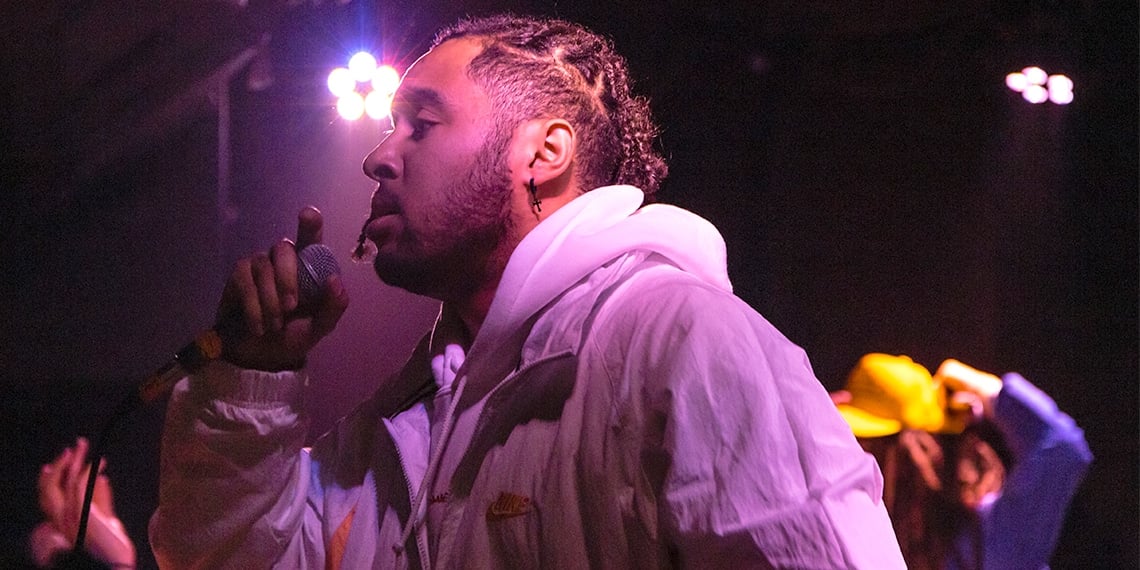 Billie’s DJ came out and started to play a few jams and mashups to get the crowd going and then introduced Reo Cragun. Reo is out touring on his EP Craig, which came out this week. This is his follow up to the LP Growing Pain that was released last year.
For a show that was labeled “all ages,” I would say there was still quite a bit of explicit lyrics and sexual references. There was even a tween there smoking pot. However, there were some learning moments as the DJ and Reo told the audience things like, “You don’t have to pop pills to pop a smile.” 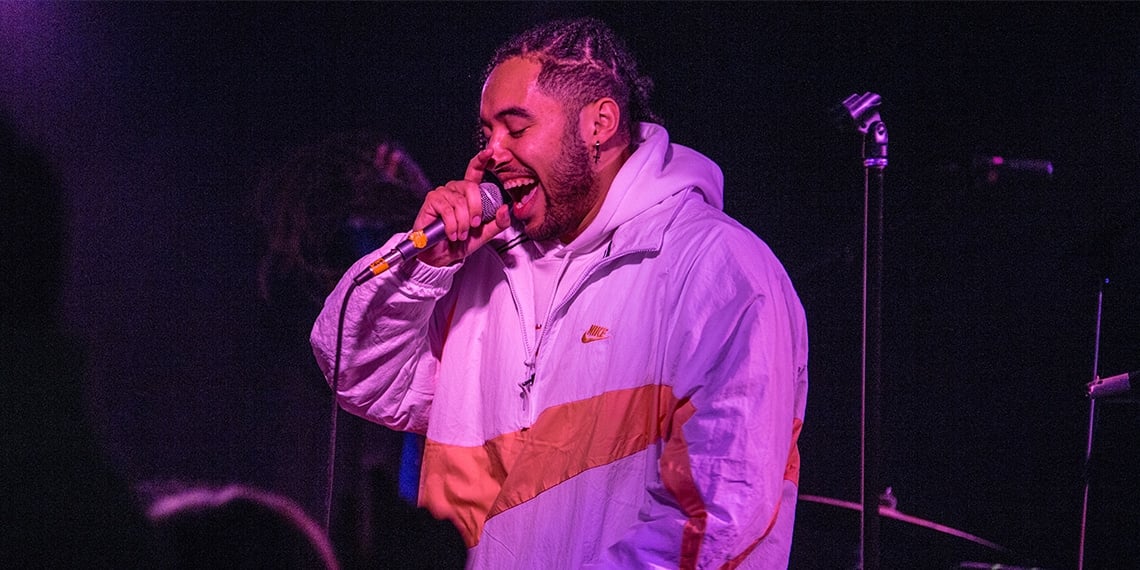 About ten minutes into Cragun’s thirty-minute set, it dawned on me that he was not even singing. Cragen was lip syncing and MCing over his own music. This rubbed me the wrong way since he was opening for one of the biggest upcoming musicians around; more so since this is definitely the first show for a lot of these kids. I couldn’t really understand most of what he was rapping about, I was distractedly trying to figure out if he was actually saying words. 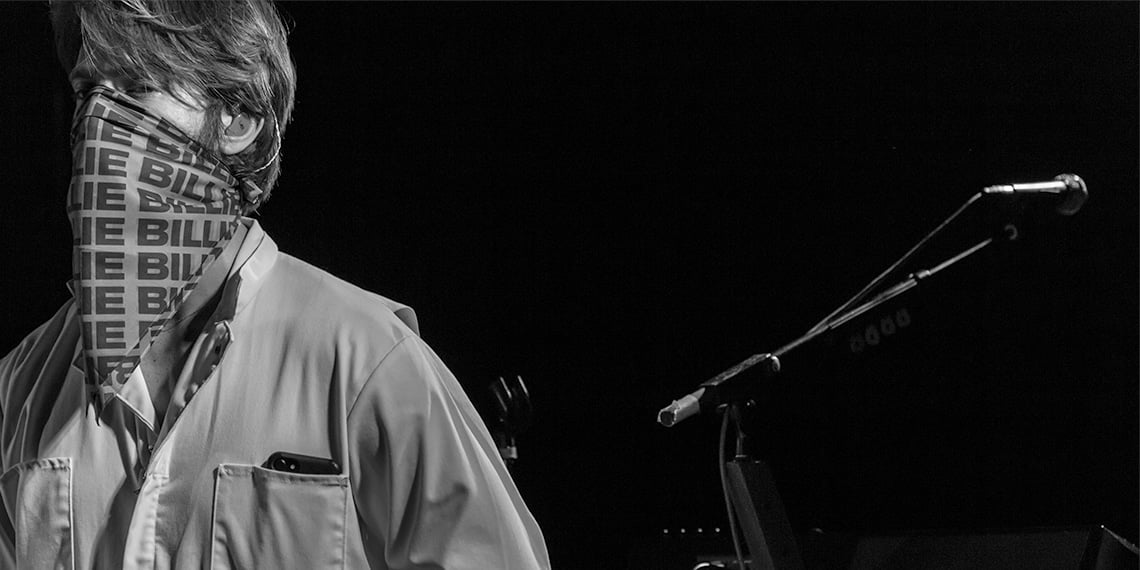 As Cragun left the stage, a kid near me, Ben, started pitching himself as a prom date to the crowd and got at least one date. Good for him. Another group of kids was starting to argue the correct pronunciation of Billie’s last name. I am still not sure if it is “Ay-Lish”, “Eye-Lish”, or “Eyelash”. 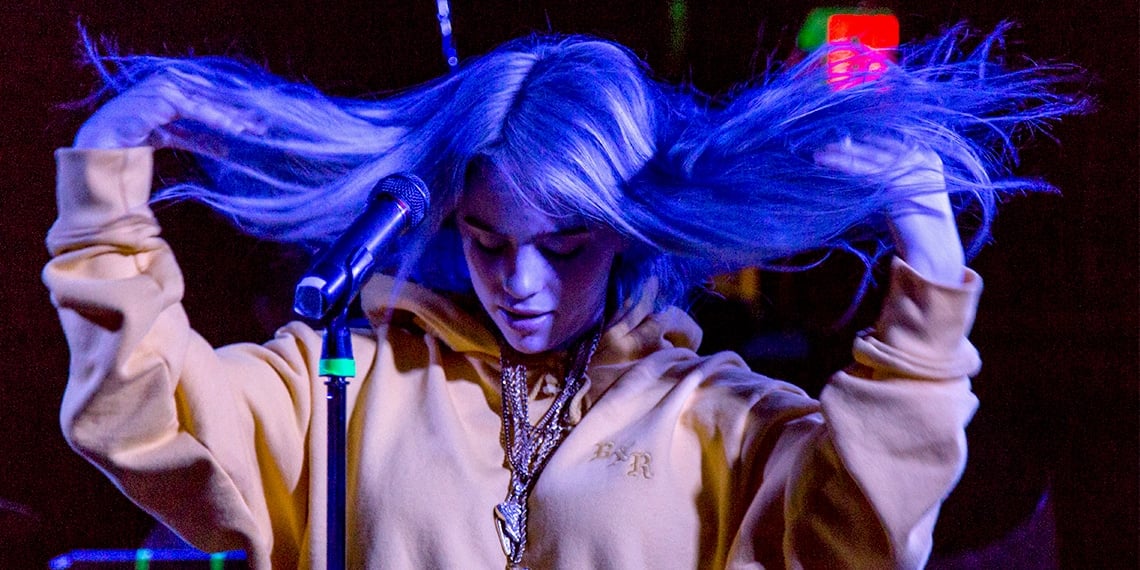 Anyway, the crowd was hungry for Billie to take the stage. People started chanting and then, to my ear’s trauma, Finneas and the drummer, Andrew, took the stage with “money guns” and the crowd loved it. Heck, they could have given out Oreos (they actually did that as well) and they would have eaten it up just the same. Everyone was screaming. 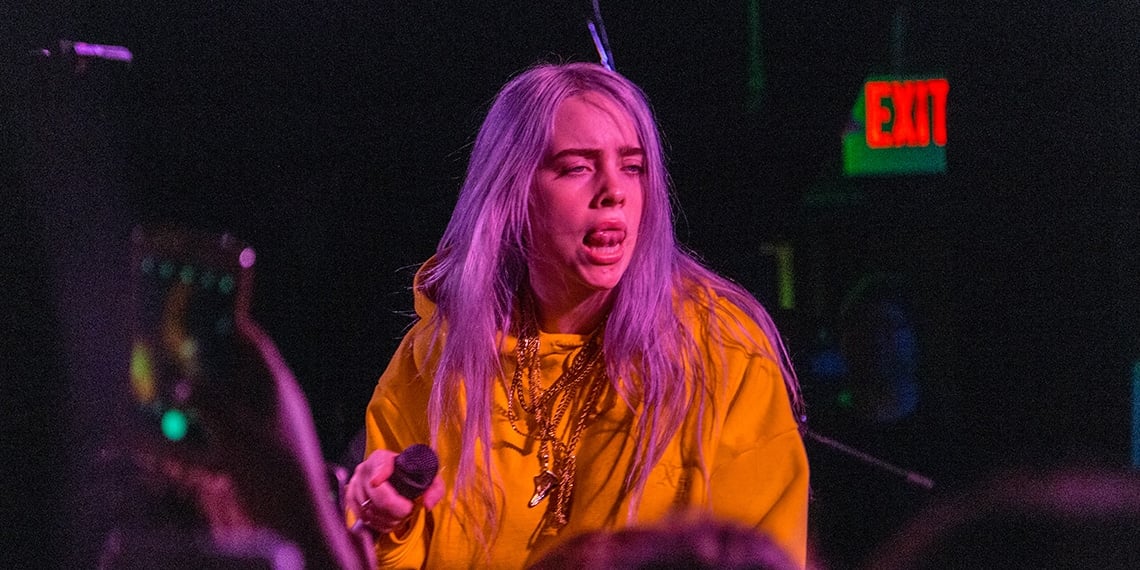 Billie wore an orange hoodie with gold chains as she jumped into “Bellyache.” She has a very engaging stage presence. She throws her hair around, sticks her tongue out, and jumps around. The crowd goes wild for her. Lots of screaming. She does a wonderful job of interacting and reaching out to the crowd. She thanks them profusely for coming out. During the breaks, people constantly yelled that they loved her, and even threw flowers on the stage. 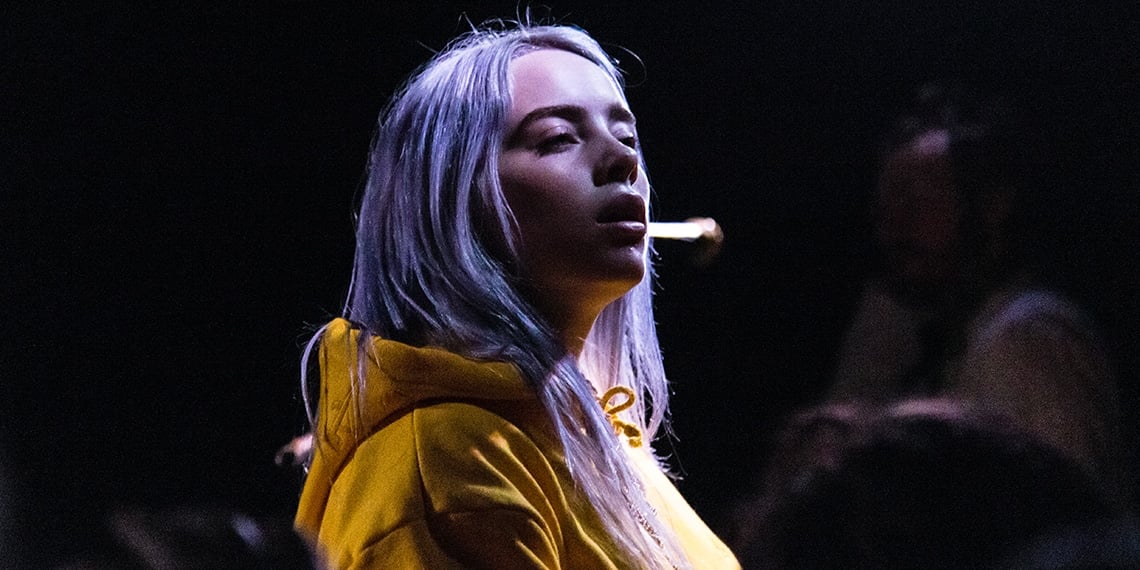 Billie tours with her brother Finneas, who has his own following from his acting and music career. He performed his song “New Girl,” which the crowd loved. The two siblings are very dynamic together. They harmonize well and it’s nice that they share this experience. They do a lot of stripped down music. Billie did a Hotline Bling cover on a ukulele and Finneas played the acoustic guitar and sang with Billie from time to time. 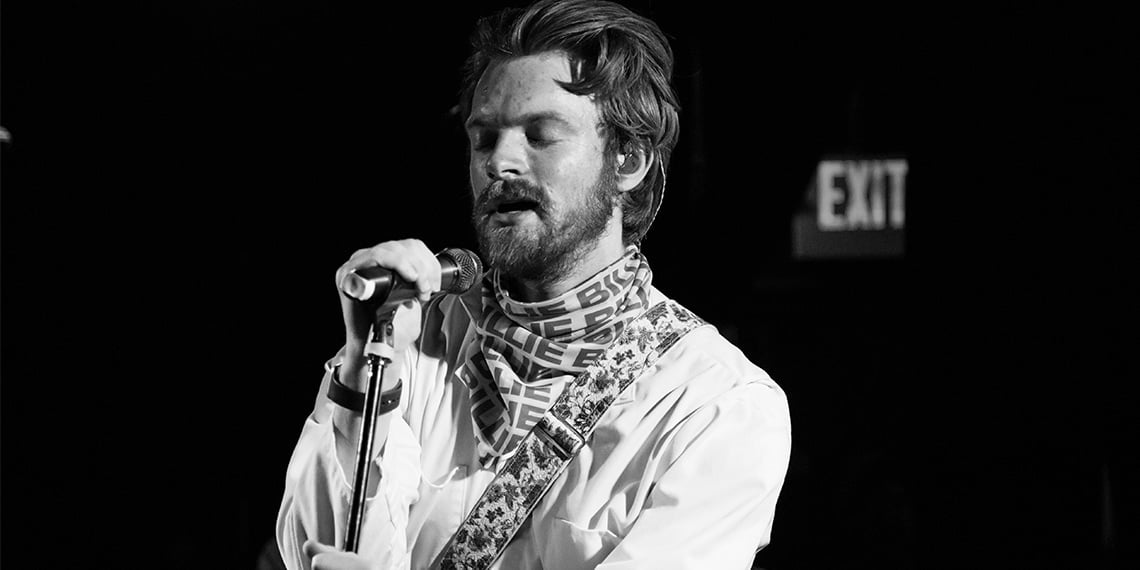 Before Billie jumped into “Party Favor”, she was constantly checking up on the crowd and making sure the audience was okay. She exclaimed that this crowd “saved her life” and the number of people that yelled back “you got me through my depress” or “you saved my life” was astonishing and beautiful. 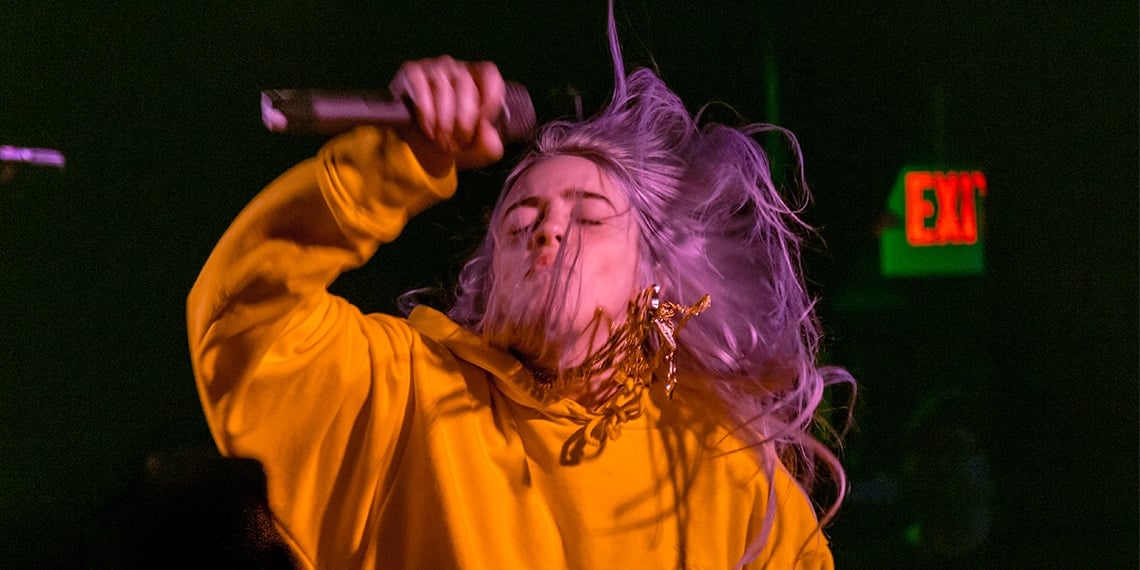 Billie is a fantastic performer, and perhaps one of the most eloquent, soulful voices I’ve heard in some time. Before performing her new and unreleased song, “When the Party’s Over,” she requested that everyone be “in the moment with her,” which, of course, is code for “get off your phones and listen.” Yes. These kids were on their phones constantly. 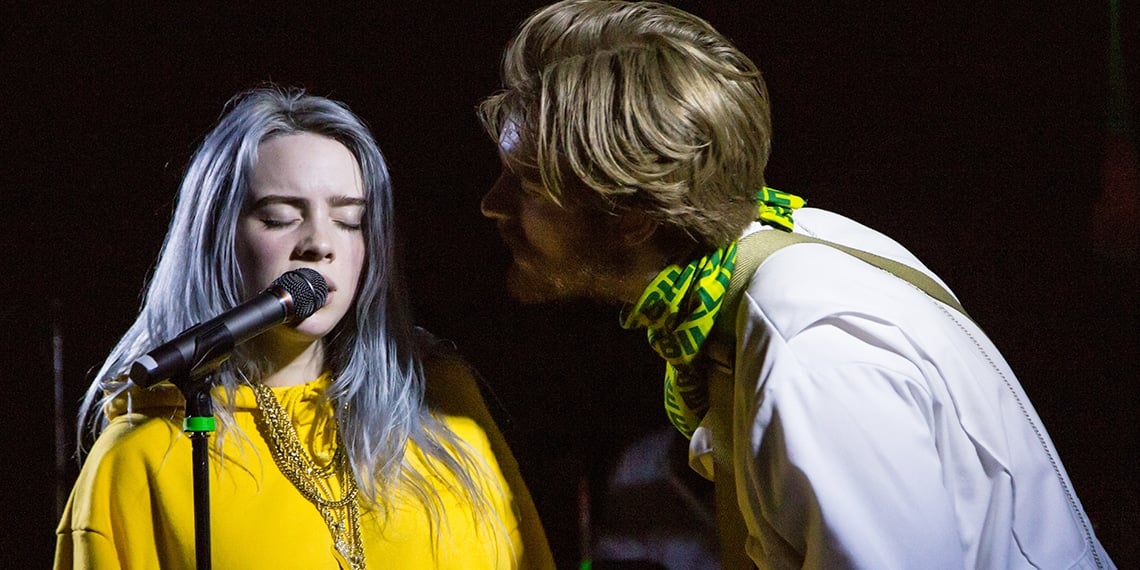 She did “my boy” before leaving briefly and coming back. She parted the crowd like the Red Sea (had to pepper in a Passover joke somewhere) and jumped into her song “hostage.” The crowd was absolutely electric and gathered around her, everyone was moshing around her. It was something I’d never seen in the 7th St. Entry before.

Billie puts on an absolutely wonderful show, it’s one of those shows that bonds friends, mothers and daughters, families even. I understand if you feel too old to go to her show, but you should absolutely listen to her music. I imagine it’s nothing but up for her.
SET LIST:
1. bellyache
2. idontwannabeyouanymore
3. watch
4. &burn
5. bored
6. six feet under
7. New Girl – Finneas
8. hotline bling – DRAKE COVER (on ukelele)
9. party favor
10. when the party’s over – new/unreleased
11. ocean eyes
12. my boy
ENCORE
1. Hostage
2. Copycat