Mötley Crüe is arguably the wildest rock band in history. The 1980s were the pop culture peak of indulgences in sex, drugs and rock & roll. Rockstars Vince Neil, Tommy Lee, Mick Mars and Nikki Sixx were the soundtrack to the glamorous wreckage, going on to sell over 41 million records worldwide.

When the trailer for the new Netflix movie, The Dirt, based on the band’s autobiography announced the film as a true story, we all expected brutal honesty, unlike their watered down VH1 Documentary.

Director, Jeff Tremaine and the writers did their best to reconstitute the narrative, but they actually left out many facts from the movie. Let’s dig in. 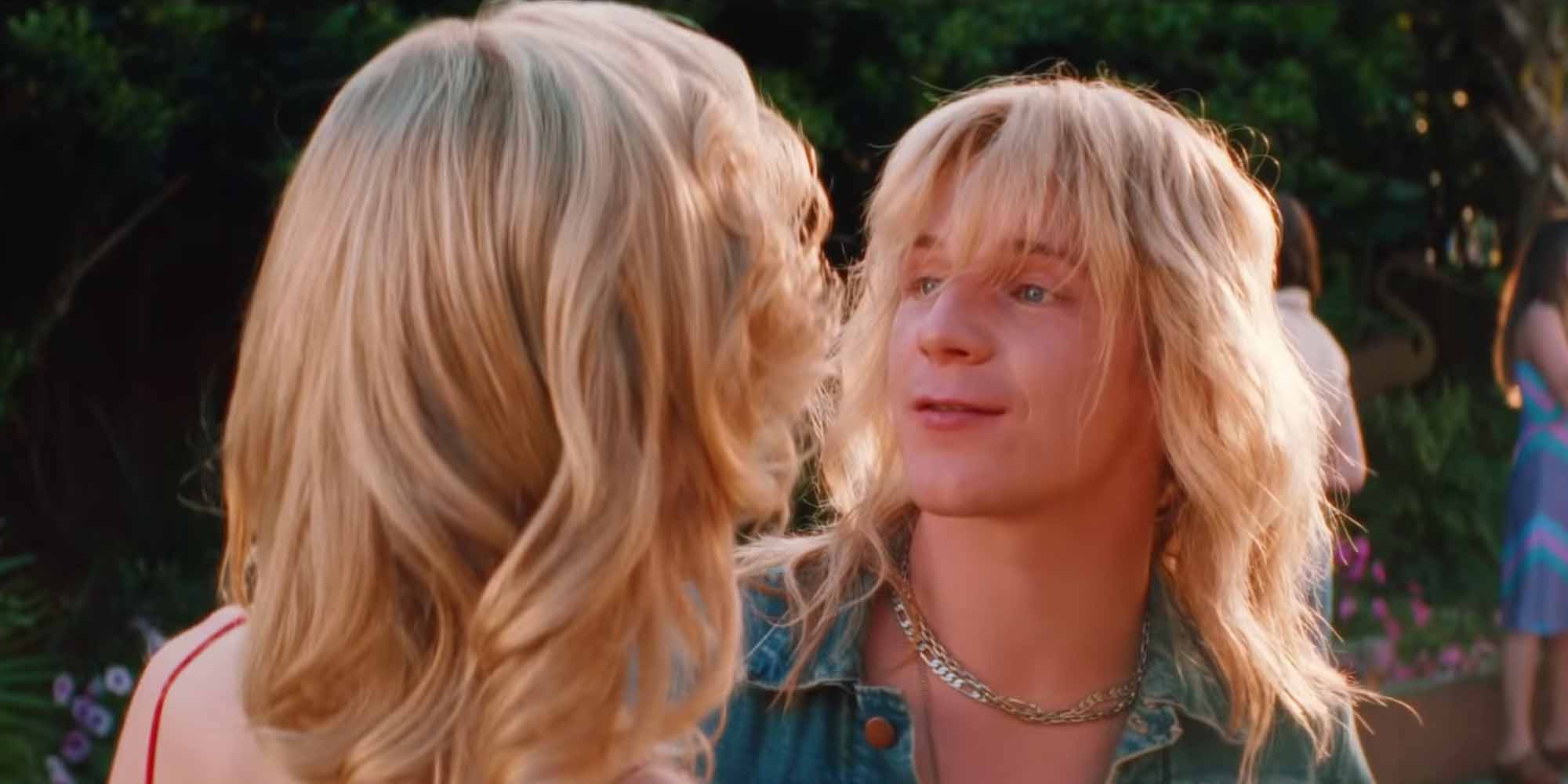 #1 Vince Neil was not the first singer of the band

Before Mötley Crüe brought Vince Neil (played by Daniel Webber) onboard, they were searching for other singers and ended up deciding on a man by the name of O’Dean. They recorded a few demos with O’Dean, but they didn’t keep him for long.

In the book The Dirt, Nikki Sixx grew angry at O’Dean due to his odd desire to wear white Michael Jackson-eske gloves that he denied removing, even when they were attempting to track group claps to a song in the studio. 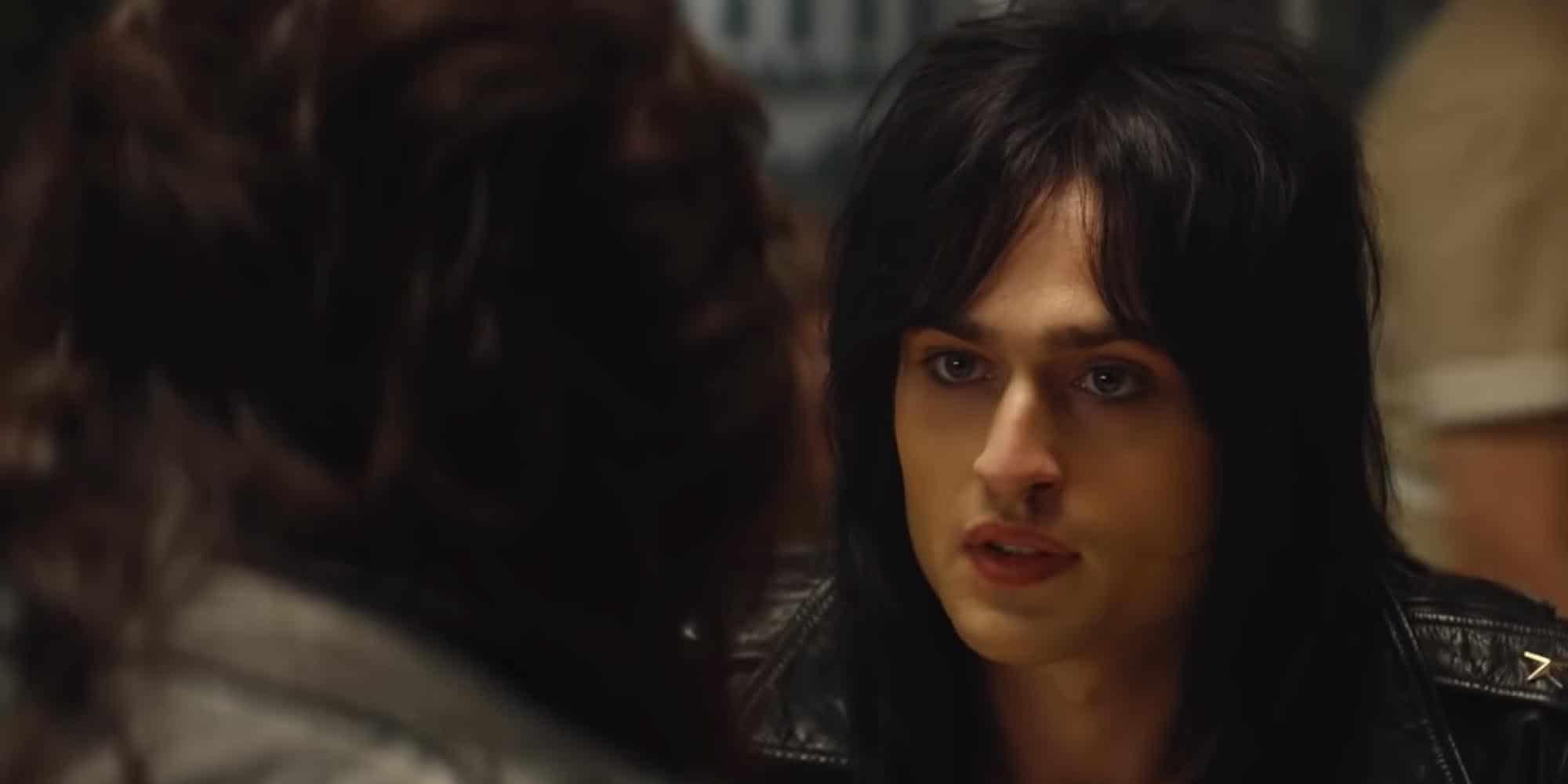 The movie shows Tommy Lee, played by real-life rapper Machine Gun Kelly, running into Nikki Sixx after seeing him perform in a band called London. Nikki tells Tommy that the band is breaking up and that he’s planning to form a new band. He asks Tommy to try out as their drummer, despite Tommy telling Sixx that his only experience was playing in high school marching band.

What actually happened was Tommy was drumming in the band, Suite 19. Nikki saw Suite 19 play live and he was impressed with their sound. Lee and Sixx’s meeting at Denny’s was a planned get-together to discuss arranging a new band, rather than an unexpected run in. 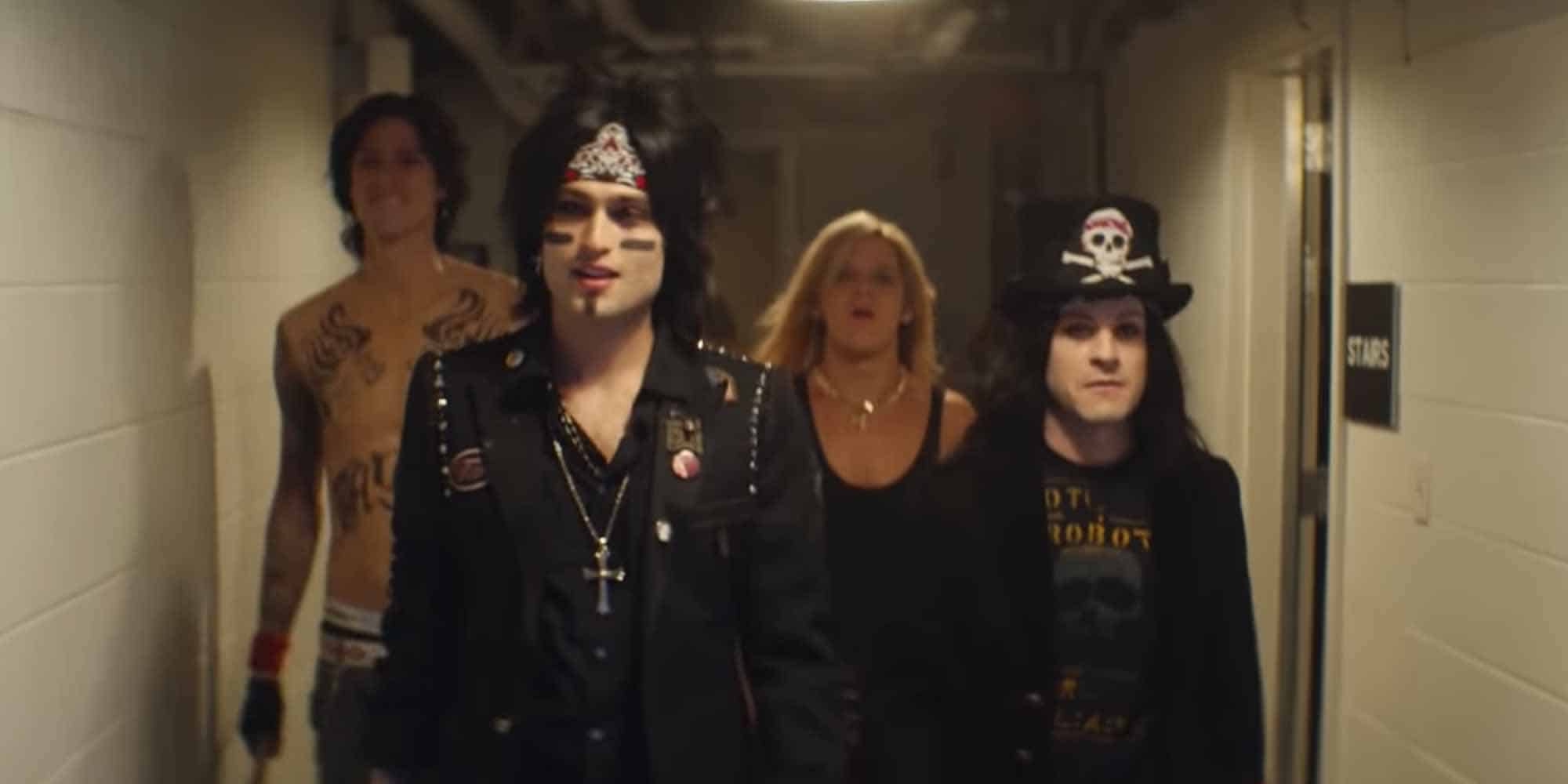 In the movie, they depict their first performance as a clumsy situation where they nearly freeze in front of only a handful of attendees. Some guy spits on Neil’s favorite white leather pants, causing a brawl amongst the band and audience.

Actually, Mötley Crüe’s first performance was at the Starwood Club, confidently opening for a successful band called Y&T in front of a healthy crowd of over 600 fans. 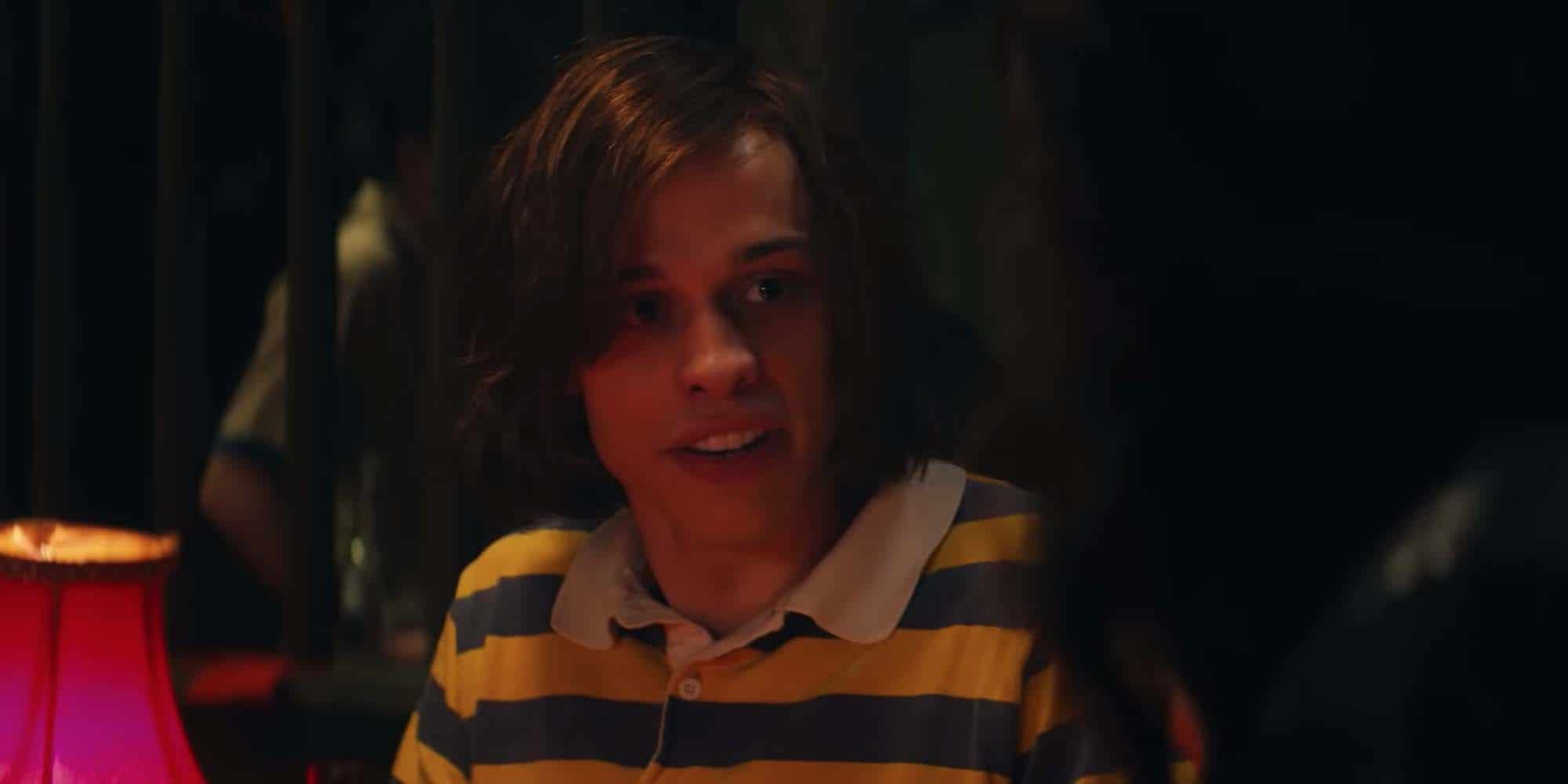 #4 Tom Zutaut, Elektra Records A&R representative did not sign Mötley Crüe on his first interaction with them at a bar

Mötley Crüe actually founded their own label called Leathür Records before they signed with Tom Zutaut (played by Saturday Night Live’s Pete Davidson). And the group did not make a deal with Zutaut within 30 seconds of meeting him. In reality, Mötley Crüe was hesitant of him and asked Zutaut to buy the group a ton of free food and booze before they eventually made the decision to sign.

In 1995, Tommy Lee married Pamela Anderson just four days after meeting her, after which they then had two children together, Brandon and Dylan Lee. A foe of Lee’s got a hold of a sex tape of theirs and made thousands of replications of the VHS tape, selling it to the public. Tommy Lee also spent six months in prison for assaulting Anderson. Leaving Anderson out of the movie is an enormous modification from the true story. 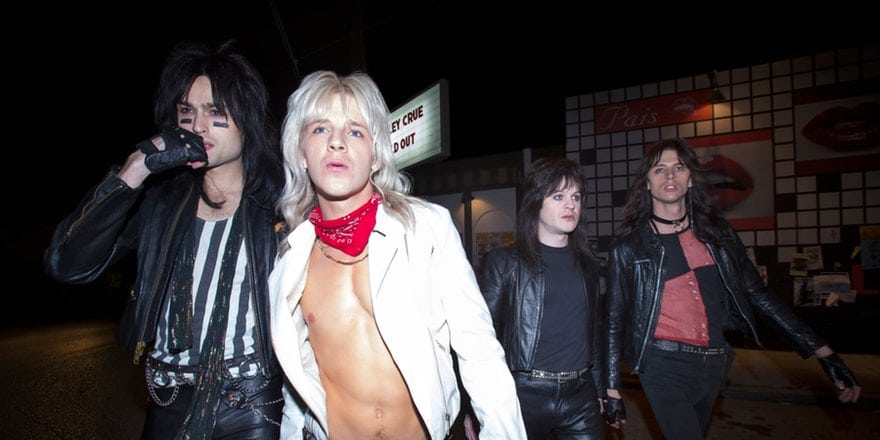 The film characterizes Mars as someone who refrains from indulging in women. They even give Iwan Rheon (who plays Mars) a line in the movie that heavily criticizes the other member’s frequent sexual behavior.

But, in 1985, Mars stated in an interview that groupies were a blessing and that he wouldn’t have become a musician if it weren’t for them. When Louder asked about Mars’ disengagement in such acts, Nicki Sixx responded, “Don’t let Mick Mars fool you.” 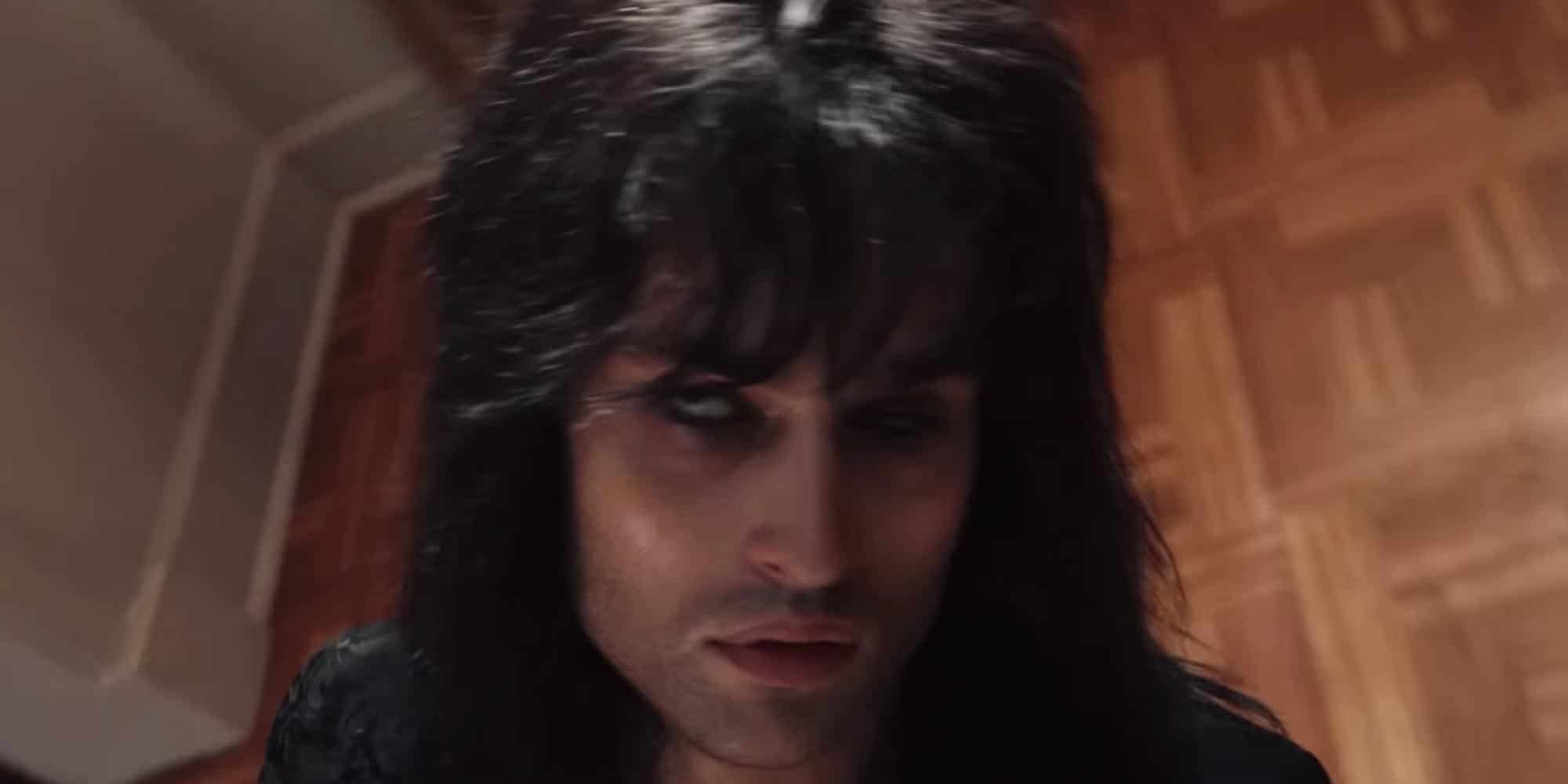 Nikki Sixx did indeed overdose on heroin and was officially dead for two minutes, however, the movie fails to mention who Sixx was partying with before this happened:

Steven Adler and Slash from Guns N’ Roses, and Robbin Crosby from Ratt. In the true story, Slash’s girlfriend is partly responsible for saving Sixx’s life, as she gave him mouth-to-mouth resuscitation while waiting for paramedics to arrive. 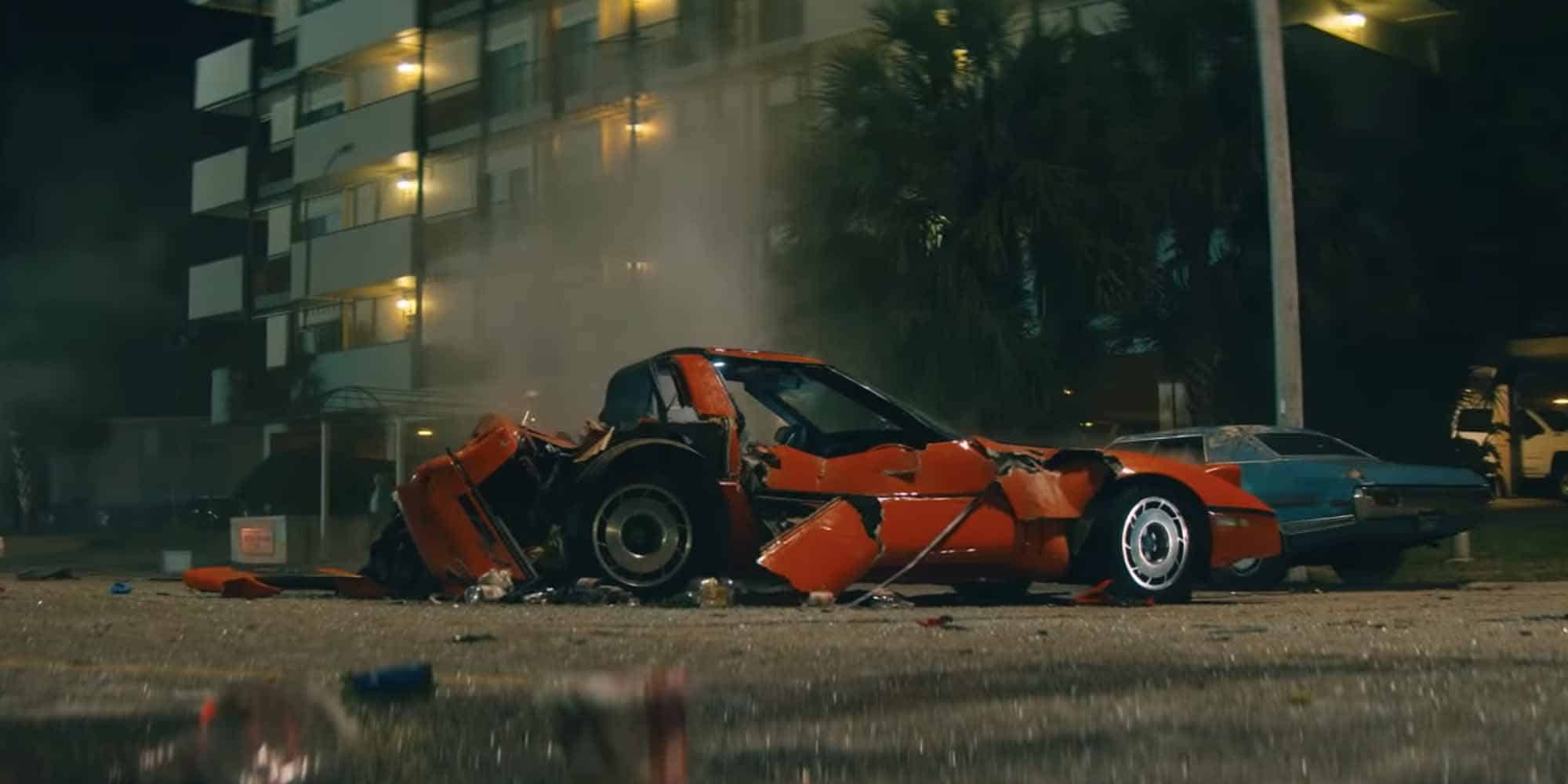 #8 The accident that killed Razzle

In the movie, Vince Neil seems able to keep coherent conversation before getting into his car for a beer run; a decision that tragically took the life of the 24-year-old passenger Razzle, drummer of the band Hanoi Rocks. Neil was actually far more intoxicated than the film portrays.

The accident is also shown to be due to a temporary absence of attention, drifting into the opposite lane, but the true story is Niel swerved around a firetruck and hit a wet spot on the asphalt while driving 65 mph in a 25 mph zone, which caused them to hit two oncoming cars. 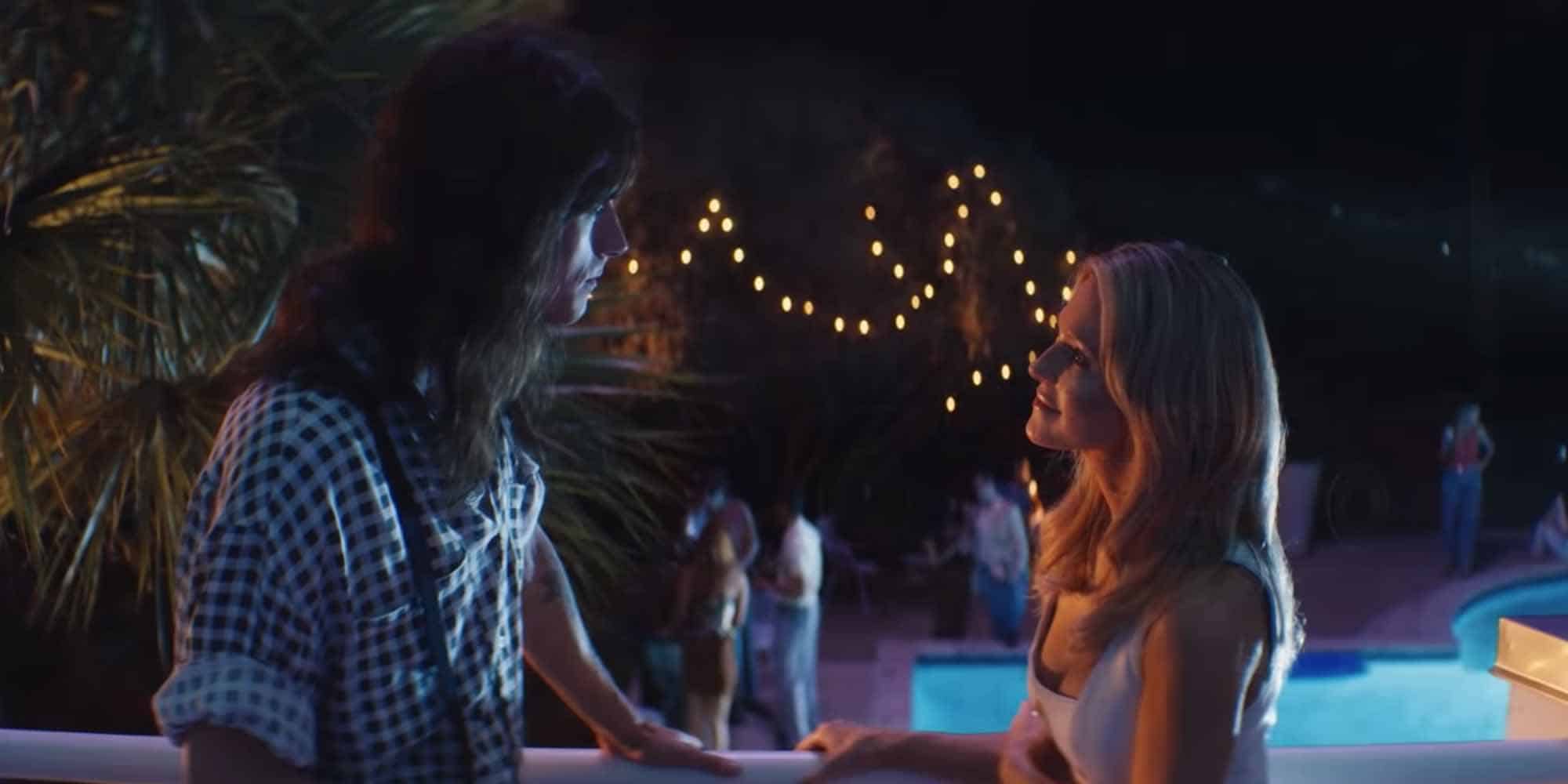 Tommy’s accountant actually introduced him to Heather while backstage at an REO Speedwagon concert. He did, in fact, mistake her for Heather Thomas, a different actress who he had seen from the 1981-1986 television show The Fall Guy. 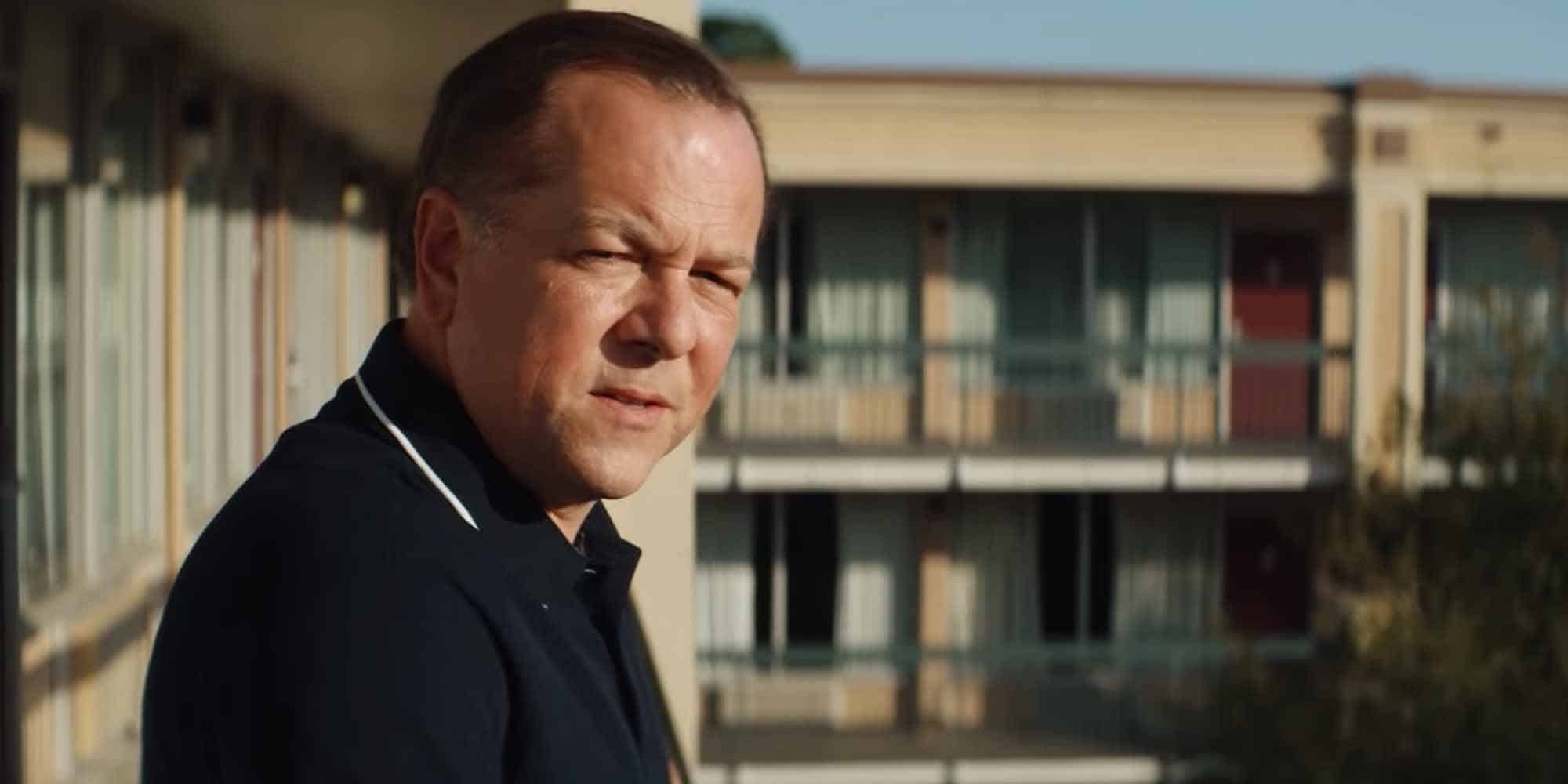 #10 Motley Crue did not fire their manager Doc McGhee after he organized Nikki Sixx’s mother to visit him on Christmas Day.

Doc McGhee states he never actually met Nikki Sixx’s mom. What actually happened was Tommy Lee and Doc McGhee got in a fight because Bon Jovi had got to use pyrotechnics in their performance and Mötley Crüe was not allowed to.

Lee states that he shoved McGhee to the ground, who was then canned by the band after the wrangle. McGhee’s partner, Doug Thaler, who the movie shows for a brief moment but then literally vanishes off the screen, was actually more involved in the Mötley Crüe’s daily responsibilities than McGhee. 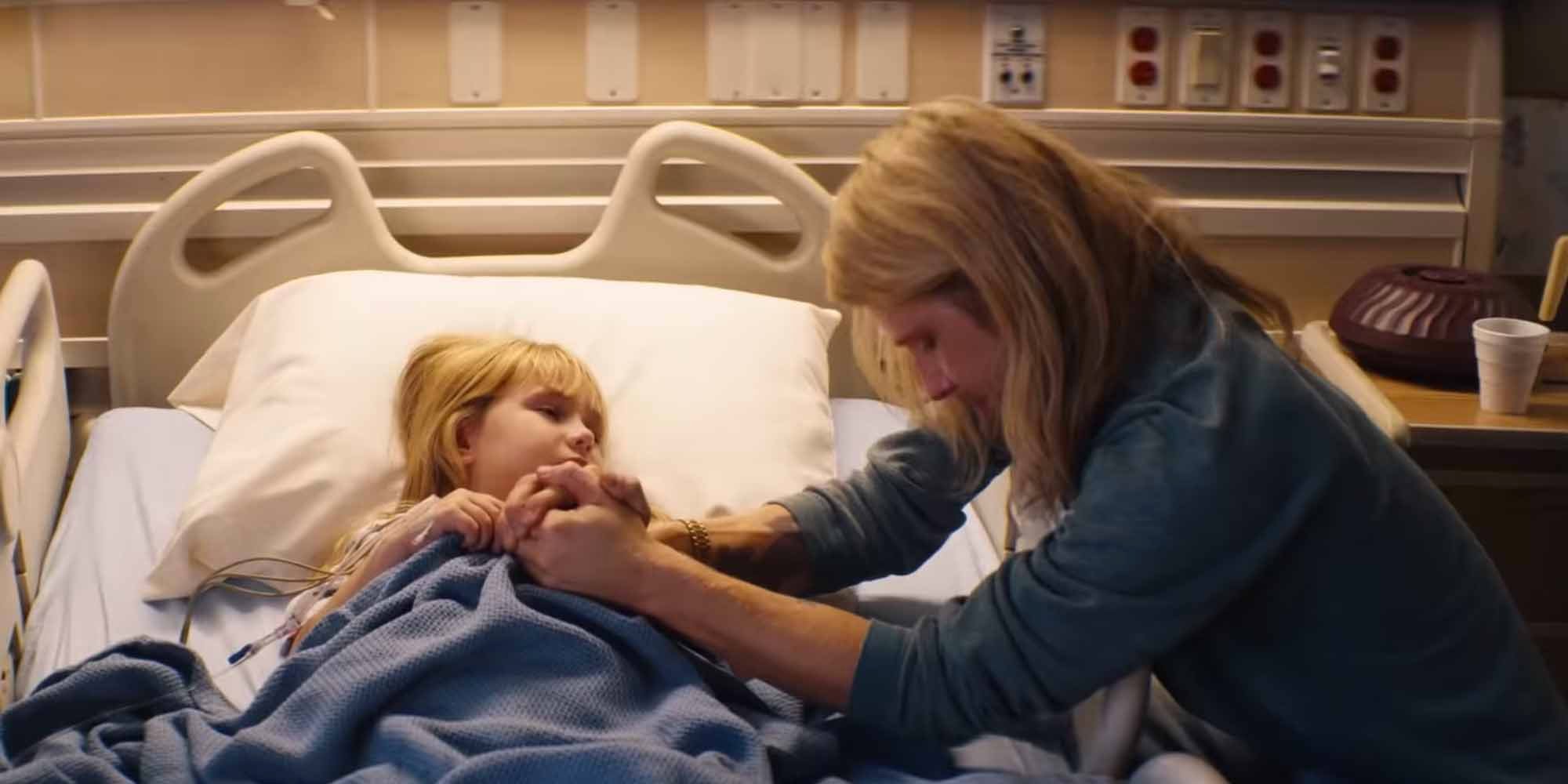 After Neil was no longer a part of Mötley Crüe, the movie shows him spending much of his time loathing life in a dive bar. Although he did, in fact, spend time dealing with the loss of his daughter, and we don’t deny the emotional distress that came with that, the movie does not point out that Neil signed a solo deal with Warner Brothers almost immediately after he left Mötley Crüe.

He recorded and released his debut solo single that same year, then released his own album in spring of 1993 and went on tour with Van Halen.

Even though they left out some important facts, the story of Mötley Crüe is beyond entertaining. The members of the group are incredibly lucky to be alive, to say the least.