British Rock Star and Heartthrob(still) Rod Stewart made his way to the Xcel Energy Center making good on the previous postponed show. Bringing Cyndi Lauper with as his Special Guest.

Cyndi Lauper started out the night! You either loved or hated Cyndi’s Show tonight. As usual, her show was Political. If you didn’t know that about her performances you found out quickly. Referencing the woman’s movement leading into her hit cover of Robert Hazards “Girls Just Want To Have Fun”. Showing pictures of ladies holding signs saying “Girls Just Want To Have Fun-Damental Rights”.

It wasn’t all political for Cyndi tonight though, at times she showed a funny, smart and charming side to her act. Getting a huge laugh when she stopped at the beginning of “All Through The Night”(Jules Shear Cover) yelling I forgot my wardrobe change, quickly brushing her sequin suit into a new color.

It doesn’t matter that Mr. Rod Stewart is 73, the ladies still swoon over this guy! I witnessed this several times throughout the night. Especially when Rod shook his bum. This guy still has it, granted he can’t quite hit the highs like he used to(and that’s ok).

Seems Rod couldn’t wait to express his gratitude to the Xcel Crowd as he started his show 15 minutes early catching a lot of people and staff off-guard.

It was mainly a night of hits from Stewart including the hit song “Tonight’s The Night”. Remember earlier I said Rod couldn’t hit the high notes anymore? This was a prime example as he let the audience carry the tune on all those high notes. 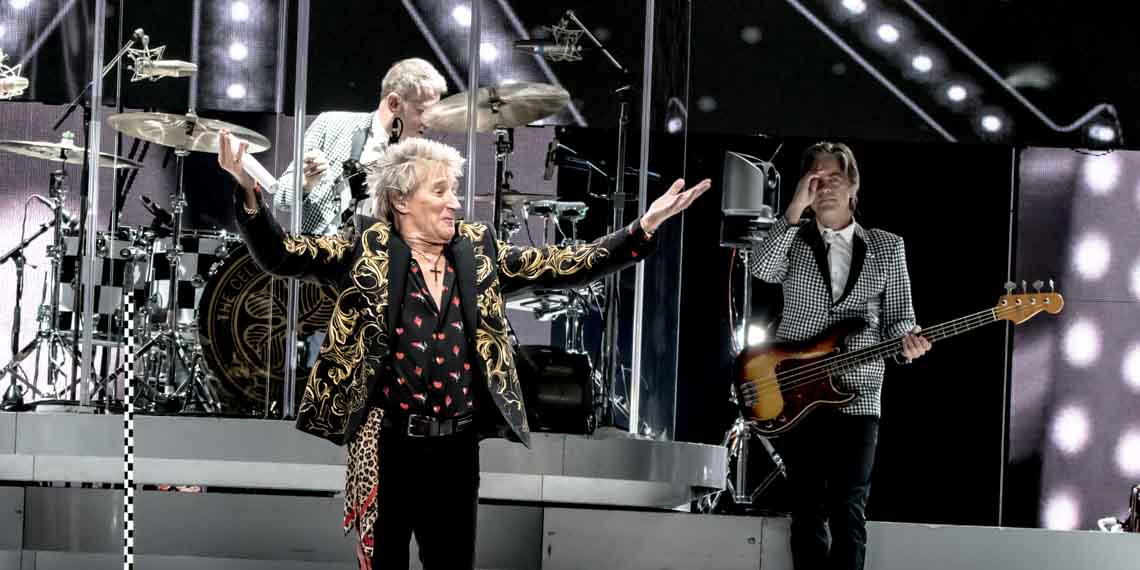 The best part of the night had to be when Rod encouraged everyone in the audience to take advantage of those pricey seats that they paid for as Rod brought out the band to sit down for an acoustic set(Sort Of). Playing a cover of “The First Cut Is The Deepest” and the stirring song “Grace” about a Captured Irish Rebel in The 1916 Easter Rising from the new Album Blood Red Roses.

Getting back to the Rockin’ side of things with a Tina Turner Cover of “Nutbush City Limits”. While the song wasn’t bad, the lead singer was nowhere to be found as the song was entirely sung by his backup vocalists. 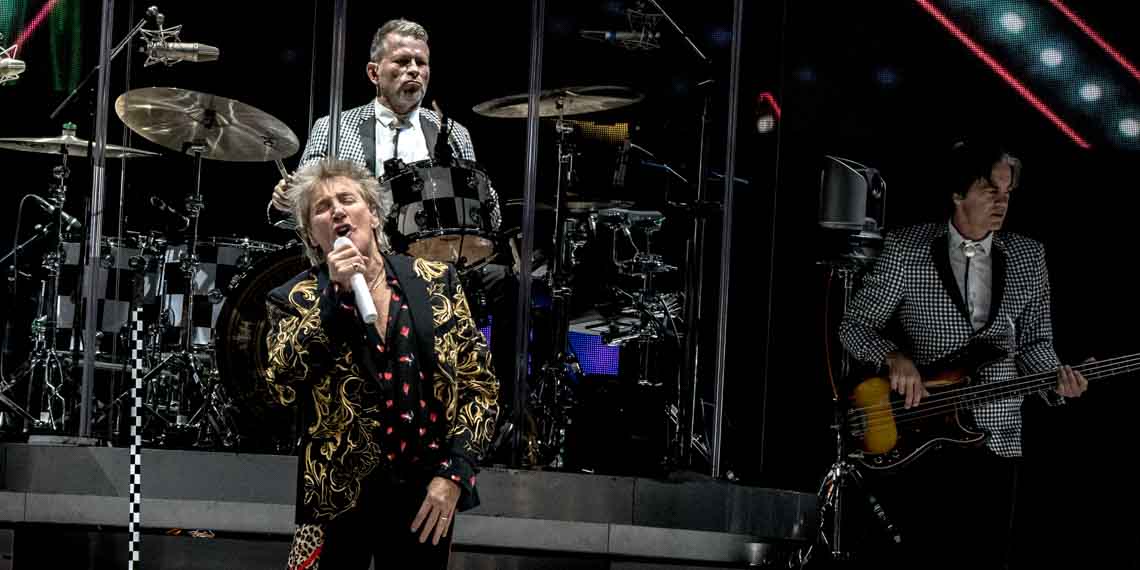 Finally cutting loose and getting the audience dancing and singing with the ladies leading the way in the song “Do Ya Think I’m Sexy?” I swear the ladies next to me were singing like Rod Stewart was in a private room with just the two of them. Quite Entertaining to see.

The night wasn’t without its bumps. The Duet between Stewart and Lauper for an unknown reason got scratched. Next Rod Stewart fumbled when a Fan threw a Fran Tarkenton jersey at him. Rod didn’t know who he was(later correcting himself), He also almost fell trying to kick one of the Dozens of Soccer(Futbol) Balls into the crowd. Also, the night ended on a strange note, yes the normal closing song “Sailing” still was the closing song. The weird ending is when the curtain dropped and yet the lights remained dark for a minute, maybe two before finally turning all the lights on indicating the show was over.