Remo Drive is a punk band created in the suburbs of the Twin Cities by brothers Erik Paulson (Vocals/Guitar), and Stephen Paulson (Bass). Wasting no time, Erik and Stephen added Sam Mathys on Drums to fill out their bare necessity roster and began hitting it hard— pumping out an array of angst-driven tunes and playing local shows as often as they possibly could.

Since their conception in 2013, the three youngsters have achieved some incredible milestones. Currently on tour with hometown favorites and classmates, Hippo Campus, we had a chance to speak with Sam to discuss their seemingly rapid success.

MIM: “Yer Killin’ Me” recently reached one-million views on Youtube. That’s fantastic! How did you come up with the idea for that video?

Sam: It’s totally surreal that the video has passed a million views! It’s very exciting and important to us because it means the world to know that that many people have heard and seen one of our songs. The idea for the video was all Erik. I think he was trying to think of something simple that he hasn’t really seen in a video before.

Erik came to me and Stephen and said “What do you guys think about running behind a car around the neighborhood and pretending to play our instruments?” And we loved the idea. We strapped our friend Lee Tran (who filmed it) to the back of Stephen’s SUV with the trunk open and and our other friend Luke Roberts (who doesn’t even have his license) drive the car around the neighborhood. That video cost us $40 and I think it’s so crazy how a very very small budget and a simple idea has worked out so well. 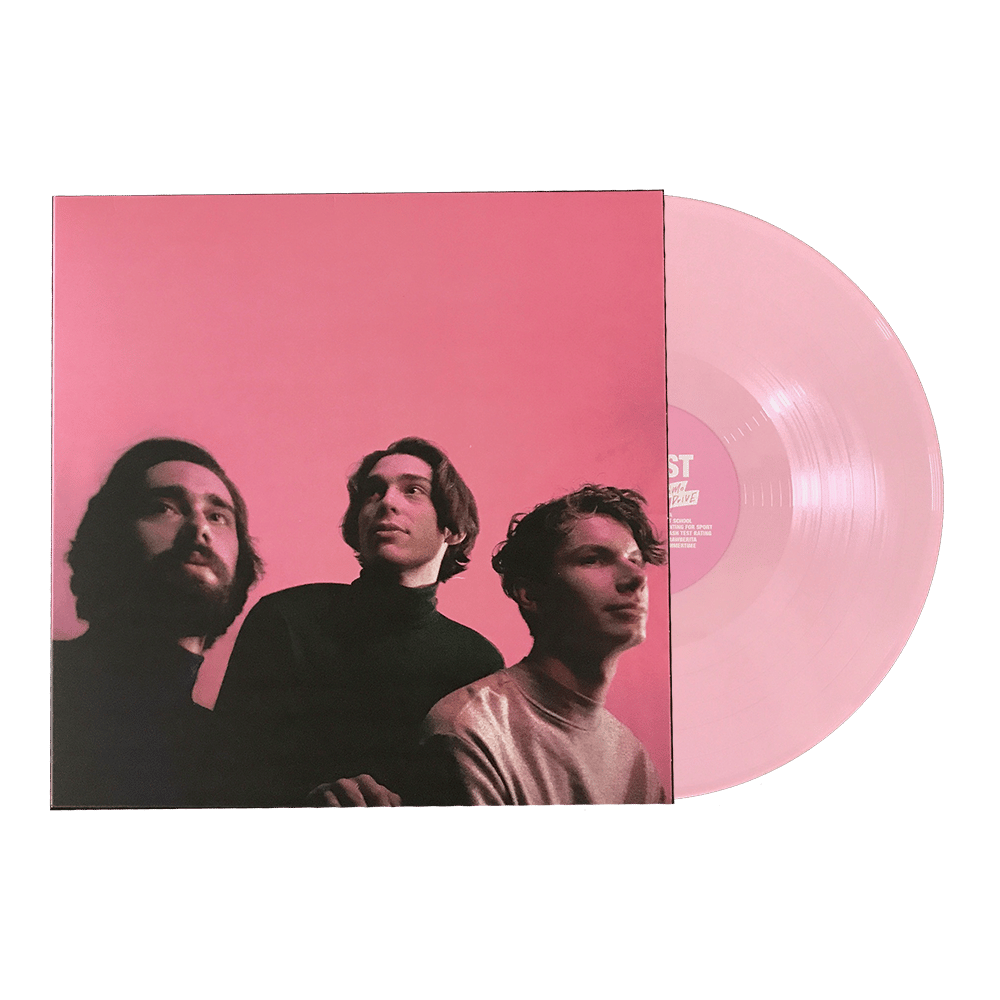 MIM: Your album, Greatest Hits, was released in April and has been well received by critics and overall been a hit. With new-found success, how do stay grounded, focused, avoid complacency and stagnation and continue to challenge yourselves and your music and continue to grow as artists?

Sam: Erik is a complete mad man when it comes to music in the absolute best way. He is always writing music because that’s what he loves and how he stays sane. As far as Greatest Hits specifically, we started writing those songs in March of 2016 and finished by July 2016. So the songs are pretty old to us at this point and we’re definitely ready to work on and release new material.

With the songs as old as they are, our music tastes and the way we write has definitely changed so I think that keeps the material new and fresh. More specifically with the new stuff we’ve been writing, I think we are definitely more structured in how we write and the songs themselves. We also go back and re write and revise songs a lot, so that definitely challenges us as writers.

MIM: How did you meet Erik and Stephen?

Sam: I had known Erik and Stephen mutually for awhile because we all went to the School of Rock (but different locations). I met Stephen because I was playing in a band that went through a change in the line up and we needed a new bass player. The guitarist of the band went to high school with Erik and Stephen and asked Stephen to join. While me and Stephen were in that band together, him and Erik were in the very early stages of creating Remo.

In the beginning, it was just the two of them and they would have people play with them as needed. Sometimes they would get someone to play drums with them or sometimes Stephen would play drums and they would get someone to play bass for them live. But after playing together in the other band for a little bit, Stephen asked me if I’d like to play with them. After playing with them, they asked me if I wanted to be in the band. I said no, and the rest is history. Just kidding.

MIM: Some artists have hobbies or interests outside of their chosen medium. Is there anything you guys do outside of music to relax, rejuvenate your creativity and gain new inspiration?

Sam: We like skateboarding and biking and things outside, but I don’t think any of us have any hobbies that directly influence our music in any ways. “Minus Eat Shit”, which is about Erik falling off his skateboard. 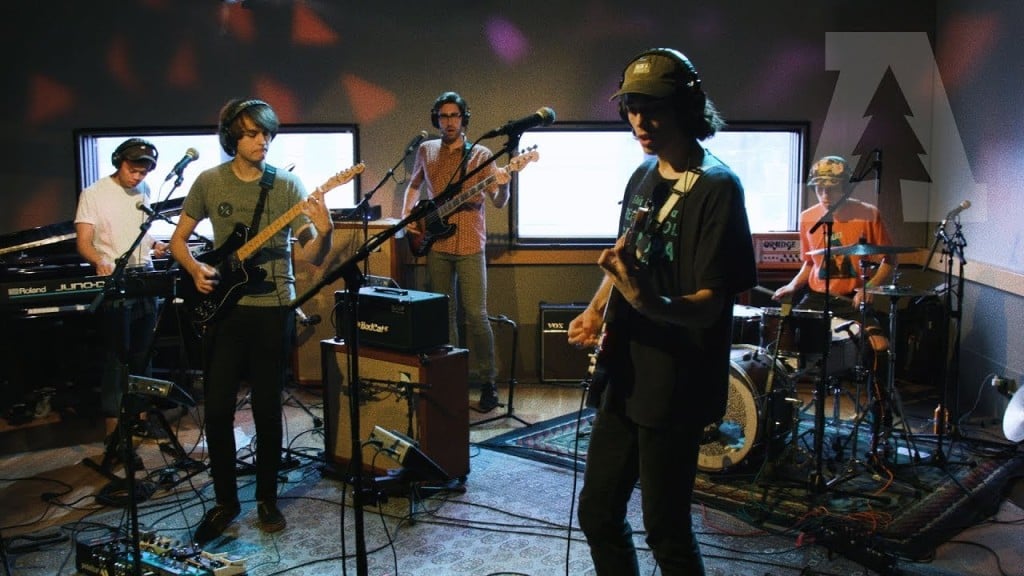 MIM: Bands like Have Mercy, Citizen, Moose Blood, Modern Baseball, Sorority Noise, and even local guys Tiny Moving Parts are finding an audience under the so-called “Emo Revival”. A lot of people box your music into that same genre. Do labels like “emo” really mean anything to you as artists?

Sam: Genres and labels don’t really mean anything to us. Even with our own music tastes and what we listen to. I think we all listen to the music we like no matter what genre it is. If it’s cool, it’s cool. A lot of people put us in the emo revival and pop punk realm which I can understand because of our past influences and past releases, but I don’t think any of us consider this band, where we currently are, as a emo band by any means.

MIM: When you’re writing songs do you really pay any attention to what genre they might fall under, or do you just let the process take it?

Sam: I feel like its a thing similar to My Chemical Romance where everyone calls them a emo band because of their aesthetic, but musically, they’re just a rock band. A good rock band haha. And Gerard Way has been known to say that he doesn’t agree the emo label. As far as writing goes, we don’t pay attention to genres. We definitely acknowledge if a song sounds like a certain band, but we never try to write in any specific style.

MIM: You guys are on a nationwide tour right now supporting Hippo Campus, and are following that up with headlining show back home in Minnesota at the Cedar Cultural Center, November 30th. How important do you feel touring is as a mechanism for putting your music into more people’s ears, as opposed to the internet?

Sam: We’ve been touring for about 2 or 3 years now, so up until recently, that was a huge part of building our fan base outside of Minnesota. It wasn’t until very recently that all of the internet stuff with us has happened. I still think touring is just as important now as it was then. Playing with Hippo, a lot of people haven’t heard of us, and so once they see us, if they’re into it, they can go online and see everything we’ve been doing there. I think the two worlds definitely play into each other for us.

MIM: What are your favorite and least favorite parts of touring?

Sam: This is going to sound so cheesy. But my favorite part of touring is that I get to do what I love with the people I love everyday in different cities and reach more and more people. My least favorite part is just how hard it is on your body and your head. We’ve been on the road right now for just over 5 weeks which is the longest we’ve ever been out, so it’s definitely been hard at times. You’re constantly tired but you have the same routines and patterns everyday so you’re able to keep going. It’s also definitely hard at times to be away from the family and girlfriend.