After all, he is a millennial, and boy did he lean into that.

My Back Hurts, Bro

I’ve grown to become somewhat of a deep house snob over the last couple of years. I guess when you’re stuck at home, you’re most likely to listen to something a little calmer than the electronic scene usually provides*^

*Unless you’re REALLY into Excision 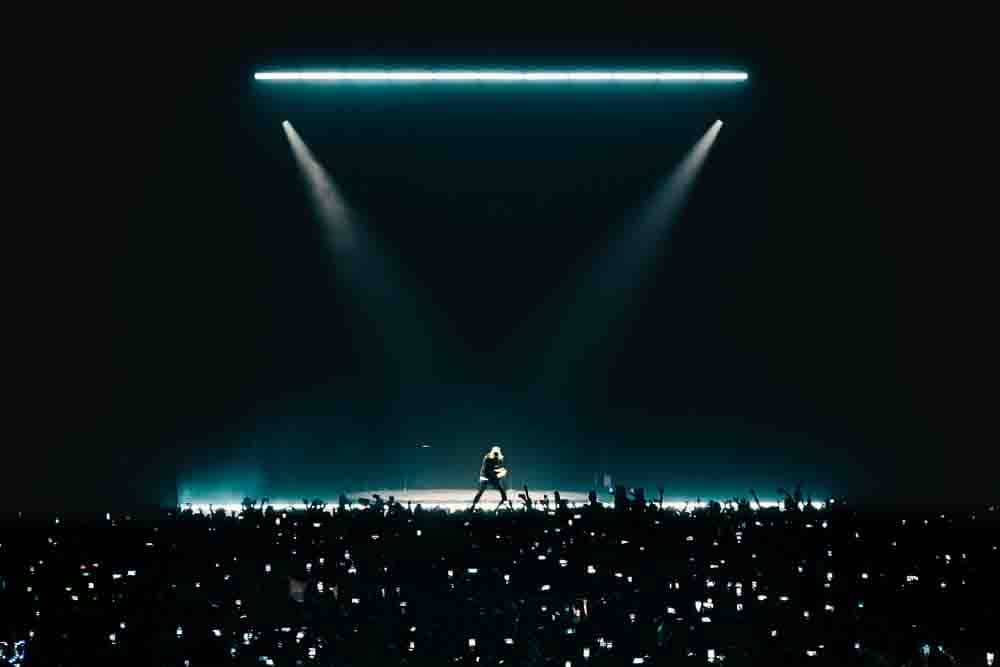 However, Porter Robinson holds a special place in my heart. He was the first electronic act I ever saw live, back in the Spitfire days where he opened for Tiesto. I’m probably dating myself here with this statement.^

Porter has grown immensely from being the 18-year-old electronic music prodigy and has genuinely carved out an identity that is genuinely only Porter Robinson.

Sure there are artists like Illenieum that fall into a similar category, but it becomes very apparent that a Porter show is extraordinary. For a show in a venue meant for around 9000 people, it felt intimate. Not only did he spend a lot of the show connecting with the audience, but the entire set and its complementary visuals were a (sadboi) love letter to the Millenial generation. 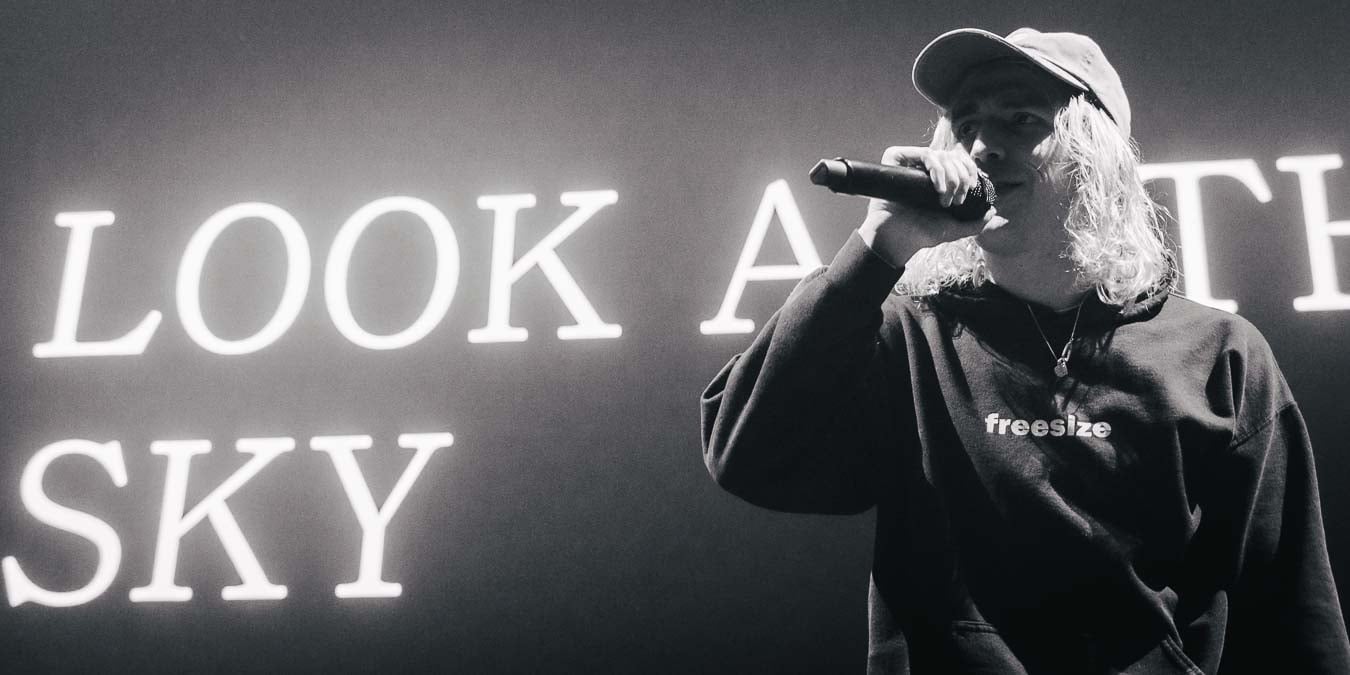 Themes of young love, depression, being lost in life, and being the first technologically adept generation made appearances throughout the set. The stage turned into a MacBook pro at one point, with a live feed off Porter’s MacBook pro. Even Google searches became a part of the show where Porter Googled himself, reviews of his work (shoutout to Anthony Fantano), and even some memes for good measure.

This was a show about growing older in “unprecedented times.”

The nostalgia came flowing back. 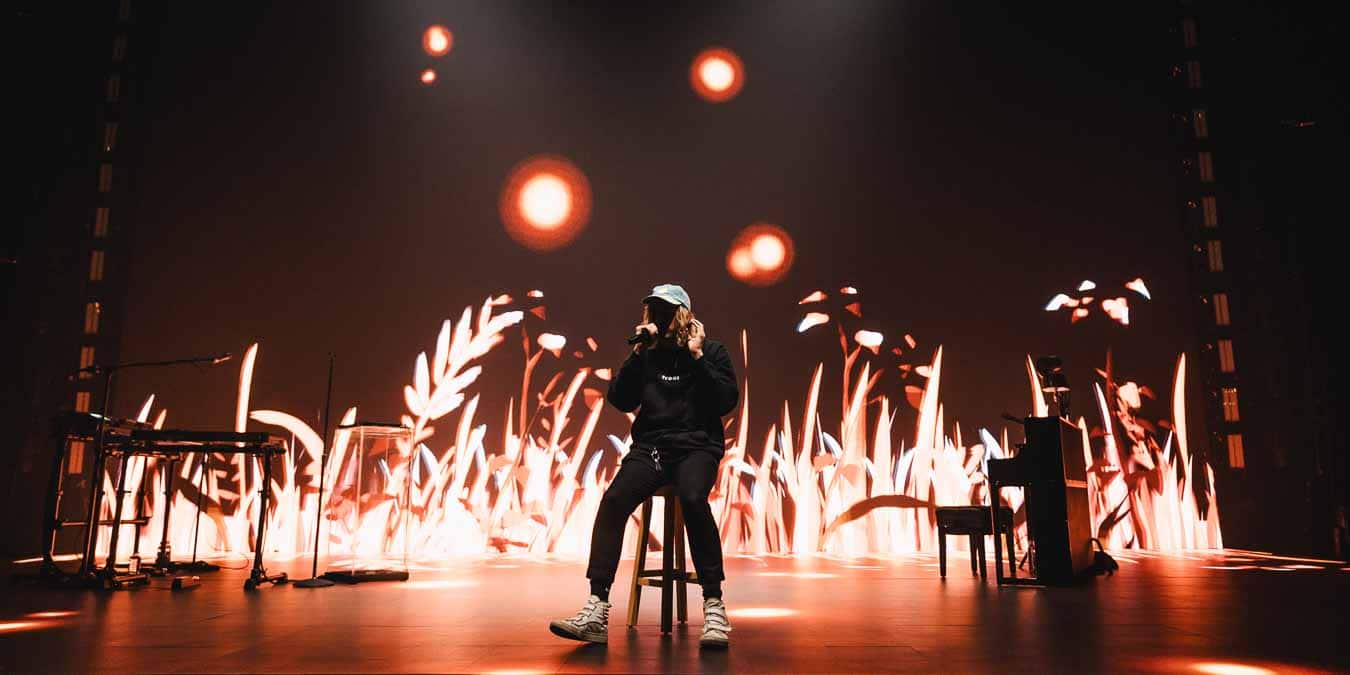 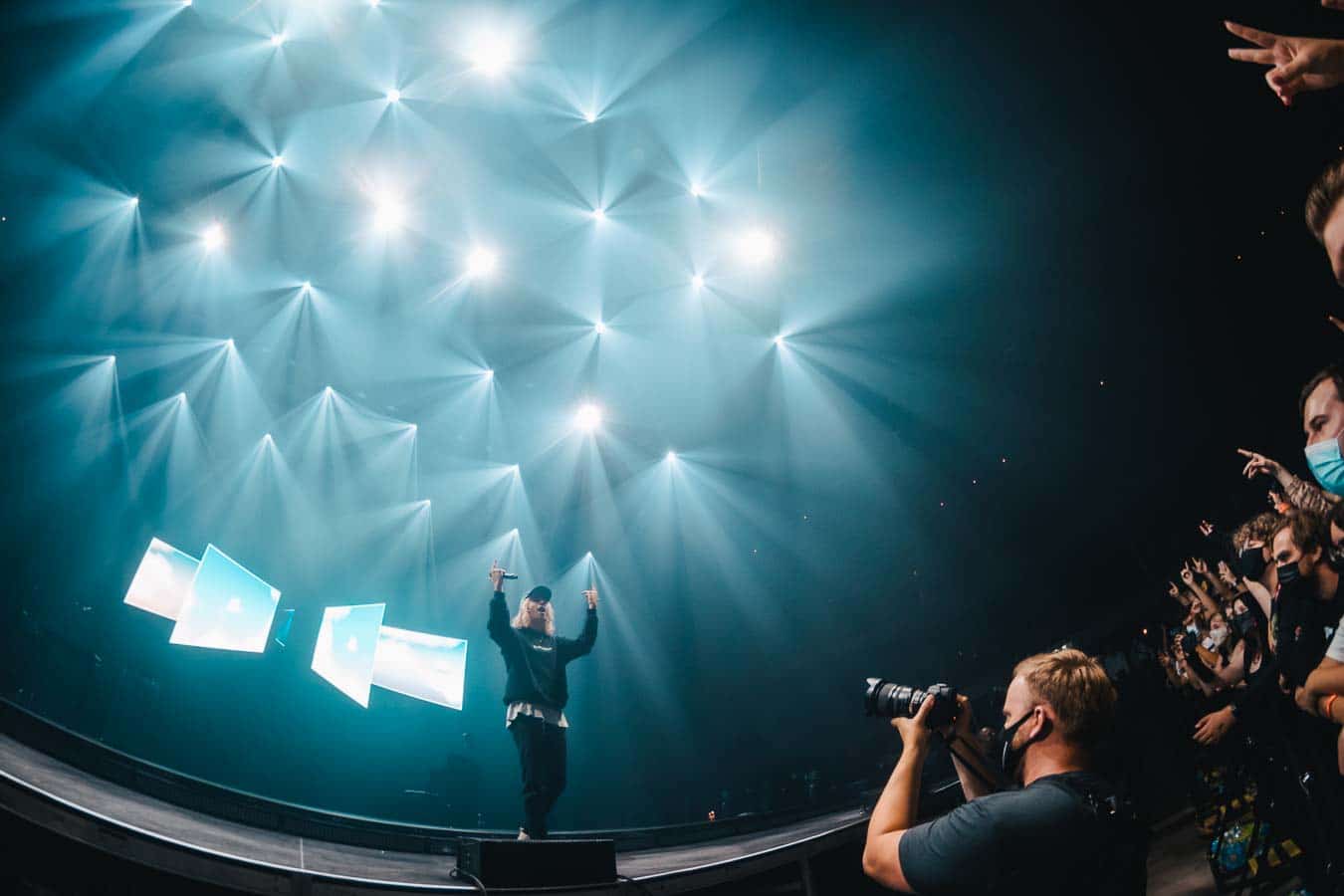 This laptop-shaped stage allowed Porter to envelop himself in whatever theme he chose. Want to dance on a giant MacBook Pro? Sure. Want to distort a Google maps flyover of The Armory. Check. There were so many unique applications to this. 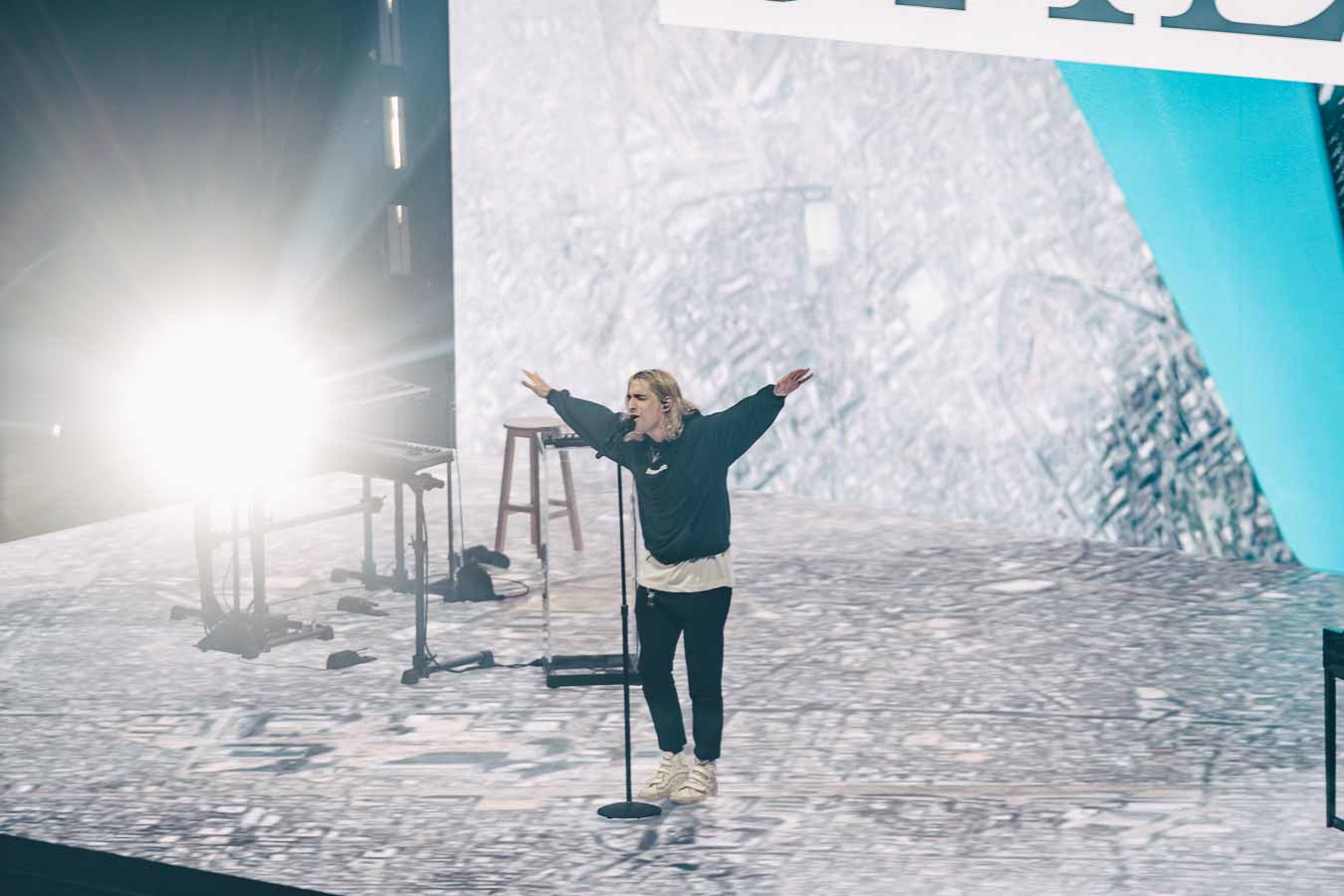 Sure, the show was quite choreographed, but that gets a pass because Porter used that choreography to tell a story and tell it well.

A wise industry-vet concert lighting tech recently told me that video screens had cheapened the experience for concerts. After I heard that, I could never go back to see it any differently. They’ve become a crutch for many artists to drum engaging visuals on the cheap. However, that comes at the cost of completely stealing your attention like a TV would during a movie. 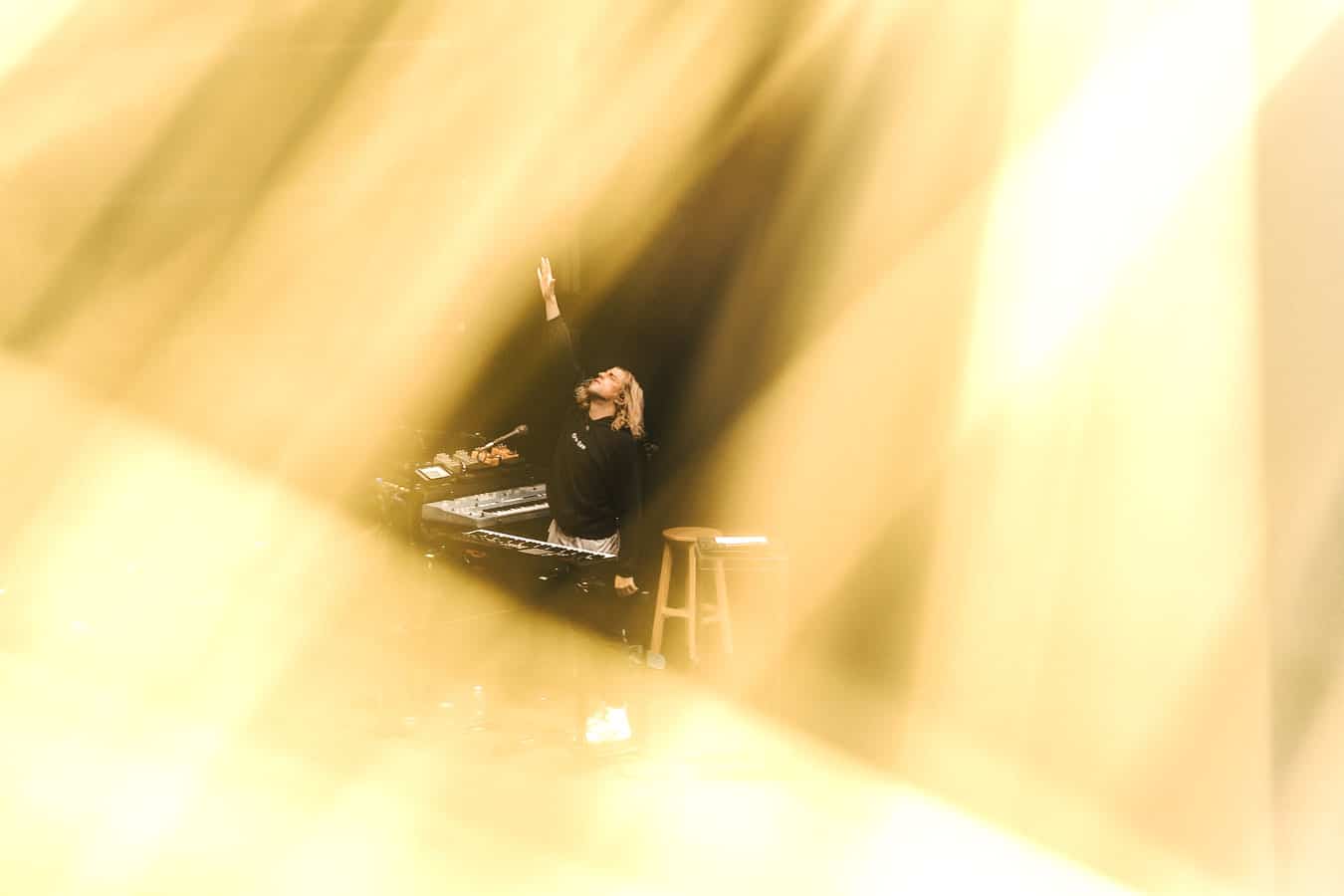 However, again, this was different. The dual floor and wall screen setup was used as a compliment, not a crutch. It told stories, became environments, and was even briefly used as a PowerPoint slide deck. 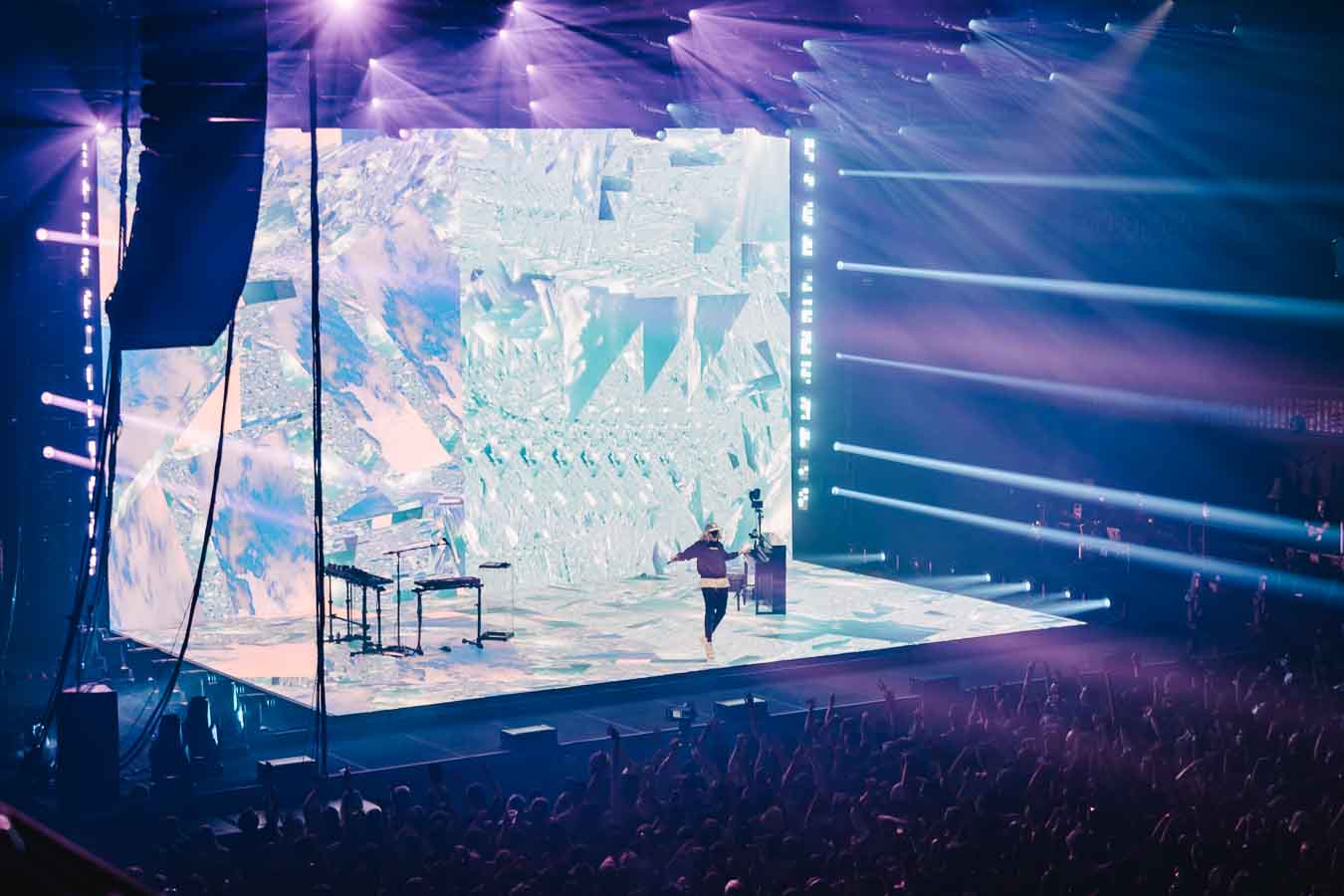 Overall, this was a magnificent show. It’s one of those rare occasions where 9000 people can still feel like they’re in an intimate environment. I’ve seen hundreds of shows from my time as a concert and festival photographer, and this is one that I am going to remember forever. It seemed like every minute that passed was another thing that had me floored. 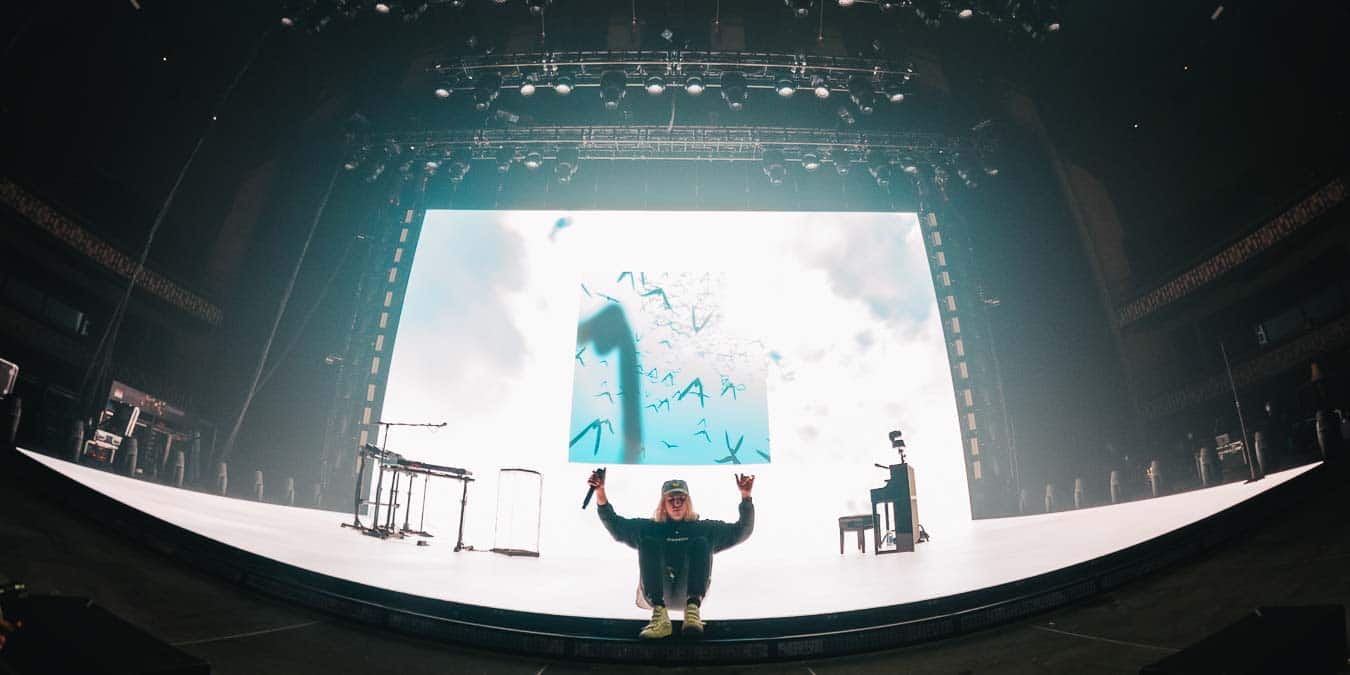 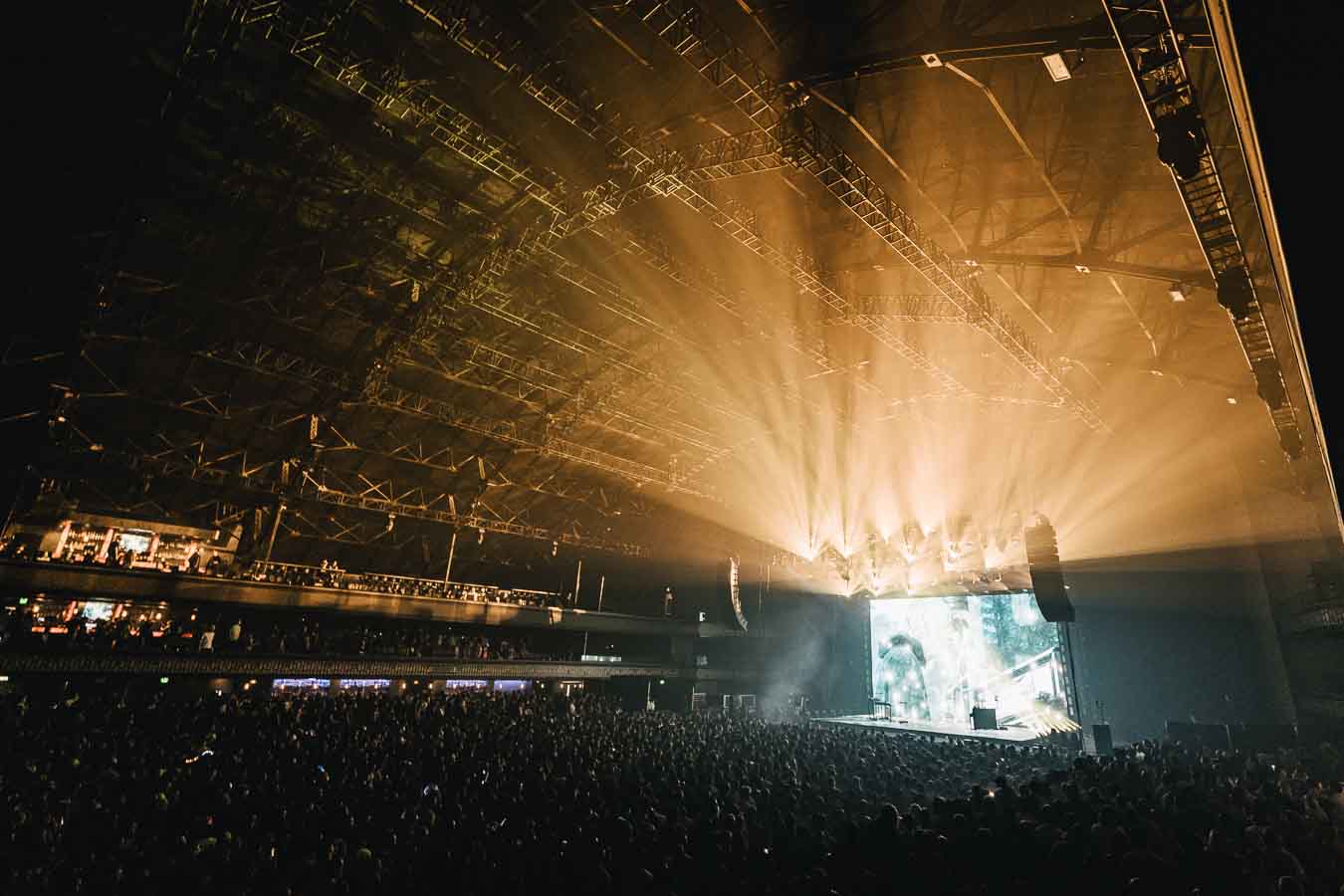