Riley Green got the Friday Night Party started at The Minneapolis Armory, warming up the crowd as they were making their way in for headliner Jon Pardi. The Armory is one of the better places in the Twin Cities to see your favorite band play. The only shortcomings are that it’s a slow process to get in through the doors, and if it’s a sold-out GA show you have no place to move. It’s a great way to meet people though.

One thing you don’t notice from Riley Green is the standard ballad-style love song. It’s kind of refreshing to not hear the standard love song or break-up song. Maybe somewhere down the road he’ll grace us with one or two love songs, because when he plays the cover of Jamey Johnson’s “In Color” or his song “I Wish Grandpa’s Never Died” (both slow songs) he knocked them out of the park.

Most everyone had made it into the Armory, gotten a couple of adult beverages, and found their place to stand just in time for the Friday Night Pardi (pardon the pun). Jon hit the stage with “Oughta Know That,”  and “Nightshift.”

This was the first time I’ve seen Pardi since I managed to see him play up in Duluth a couple of years ago. It was great to see he still puts on a good show.

Coming in support of his new album, Heartache Medication (released September 27, 2019), Pardi made sure to play plenty from the new record, including the drinking songs “Me and Jack” and “Buy That Man a Beer.” Also in the set was “Ain’t Always The Cowboy.”

Jon also played some fan favorite hits, and finished the night with “Dirt On My Boots” and “Heartache On The Dance Floor.” 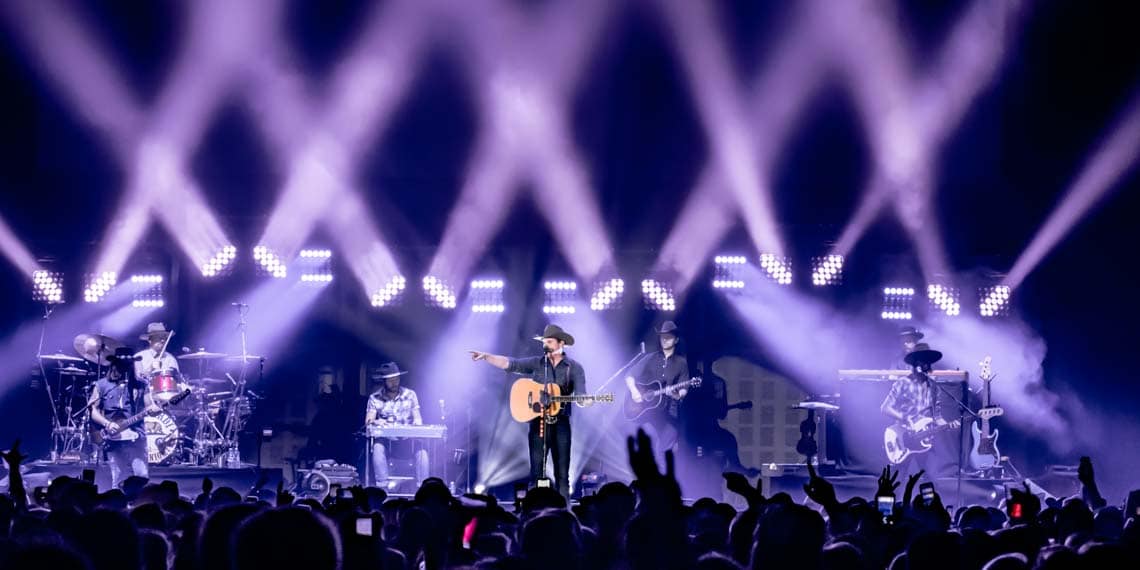 Pardi didn’t really talk too much. He let his music speak for him and the crowd didn’t mind a bit, singing and dancing to all his major hits and even a couple of the new ones, which is surprising considering the album has only been out for about a week.

His balance of classic country, with a nod towards the modern side from his new album, Jon signifies what’s to come. You can expect to see him around for quite a while.

On a side note, congratulations are in order for Jon Pardi! Two nights before tonight’s show, down in Nashville at Ryman’s Auditorium, Jon got down on one knee and asked his then-girlfriend Summer to marry him!

Congrats to both Jon and Summer!