Who needs the CMA Festival when you can just bring in Frankie Ballard and the Eli Young Band? Between the two acts, they have a combined 20 songs on the Hot Country Billboards with 9 of those 20 making The Billboard Hot 100.

The charismatic Frankie Ballard got the night started with his high energy, rock-infused set. The influence of “The King,” Elvis Presley, in Ballard’s music, and definitely in his dancing on songs like “Cigarette,” is obvious.

Frankie played his hits and was at his best wailing on the ole guitar like he was playing at an old honkey tonk. He came across the most sincere on “It All Started With A Beer,” and also played “Young And Crazy”, and “Helluva Life”. The last song of the night was his biggest hit, “Sunshine And Whiskey”, where it seemed Frankie and the first 10 rows were having a dance-off.

The Eli Young Band kicked off their set strong with “Dust” and their 2018 hit “Love Ain’t”.

The Eli Young Band, just like opener Frankie Ballard, are at their best with a combination of rock and country (rockin’ country), which became more evident when they mashed their hit song “Even If It Breaks Your Heart” with Rock And Roll Hall Of Famer Tom Petty’s “Learning To Fly”. The pairing was a fantastic and seamless combination of the two. 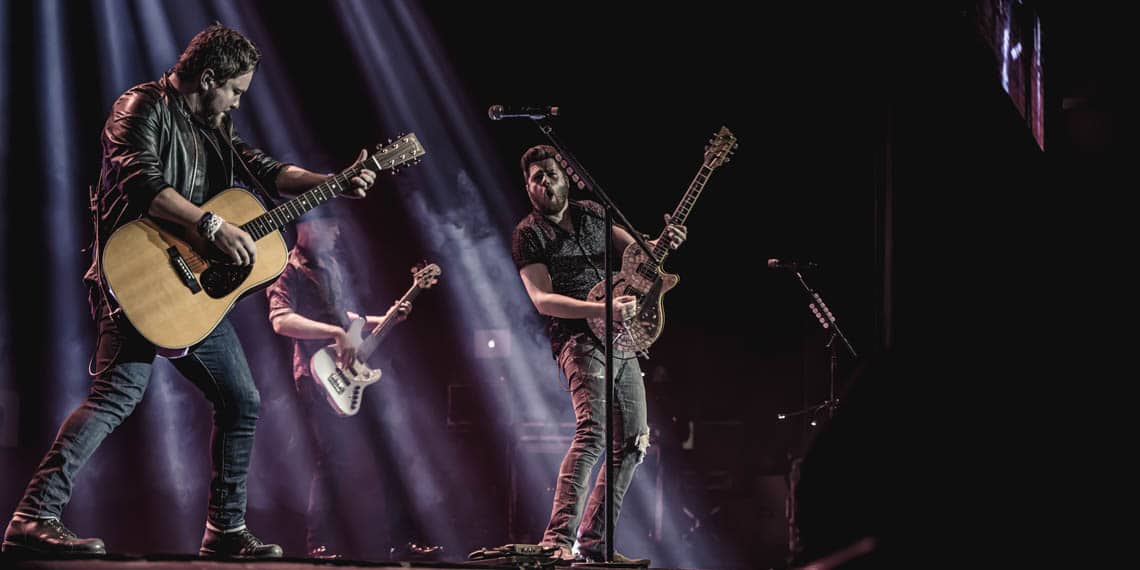 As this was CMA Festival week, Mike Eli talked about how many of the bands or singers have lost their voice, saying, “I haven’t lost mine (yet).” While this may be true, at certain points of the show, you could hear his voice being stressed and still not breaking.

The Texas Duo finished the night with a more soulful version of “Crazy Girl.” It was different and yet worked. The ladies in the crowd screamed the chorus of the song back at them. It was a fun way to end the night, although it seemed a little unusual to end on a slow song. That’s what makes live music so much fun, you never know what’s going to be played or if it’s going to be played it all.