Social norms have been built into America’s culture to keep everything in check and balance. Examples include: don’t flatulate on first dates, don’t text and drive, and, of course, never break rule zero of the internet.

Norms can change, though, and even become hypocritical. Take the example of always eating your vegetables. As a child, it is applauded and rewarded, but as an adult you take “always,” (you become vegetarian), to the next extreme. Then parents cry out in disapproval and grief. All jokes aside, that is exactly what Taylor Swift did in her latest documentary Miss Americana, directed by Lana Wilson.

The film itself briefly takes you through how she came to be. She grew up in West Reading, PA, receiving her first guitar as a Christmas gift when she was eight. Her moral code could be summarized as “the need to be thought of as good.”

The higher the praise she received told her how “good” she was doing. “She became the person everyone wanted me to be,” Swift stated. She slowly climbed the country music ladder and was taught the business norm of “not forcing your politics on people.” All of them referred to the Dixie Chicks conundrum of 2003.

The country music mold held until the 2009 VMA’s (Video Music Awards), when Taylor received the award for Best Female Video and was interrupted by Kanye West who in turn praised Beyoncé. The crowd booed thinking it was directed at her.

For the first time, the “good” norm was severely bruised and led her down a “hate spiral” for the next few years. She battled eating disorders, relationships, and body image issues. She was greatly insulted again after West released the song “Famous” off the Life of Pablo and sang:

I made that bitch famous (God damn)

I made that bitch famous

That lyric ignited a twitter storm, with the hashtag #TaylorSwiftpartyisover trending and really stomping on her attitude. To add insult to injury, Swift was then sued by a Denver radio host for damages from a 2013 groping scandal. She countersued for a whopping $1. Professionally feeling like she hit rock bottom, she disappeared from the limelight for a year.

Coming back with a fiery chip on her shoulder, Swift won the lawsuit in 2017 and catalyzed the new “good” norm of moral high ground. It soon influenced her thinking and she broke her 12-year silence on politics.

She spoke out against Tennessee Senator Marsha Blackburn, who Swift describes as “Trump in a wig,” because of her stance opposing legislation that Swift saw as going against the equality and protection of women and the LGBTQ community. It slowly spilled over into overstepping bounds which she had been told never to cross. Breaking her silence on politics has transformed the new social norm.

Swift’s influence will hopefully revolutionize the industry norm for years to come, setting a standard of how to speak out while not feeling muzzled. It’ll also hopefully help fans understand how to act when a celebrity does. Remember, we control the industry by “voting with our dollar” and choosing who we support. Allowing corporate interest to silence celebrities, such as former NFL quarterback Colin Kapernick, and making “shut up and play” the norm is an outrageous and dangerous model.

All in all, Miss Americana is a transformational documentary that carries a multitude of messages and contains many memorable moments. In case you haven’t seen the documentary, you also get to see Swift’s adorable specimen of cat while she drops the f-bomb three times.

In 86 minutes, you get a warp-speed tour of her life while learning that nothing is sexier than a woman who has a strong mind and a backbone. 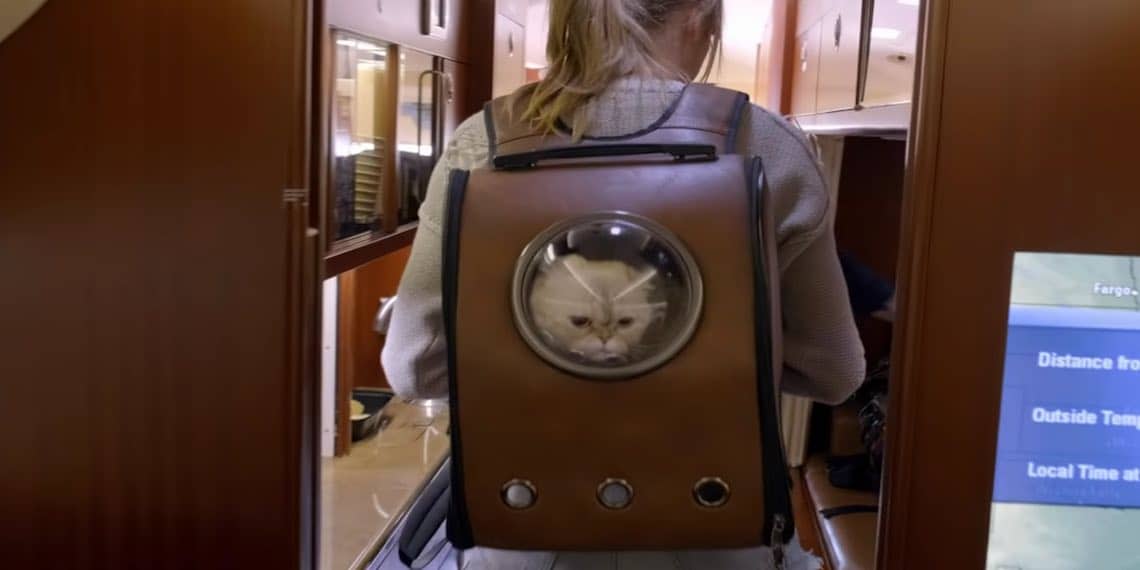 Miss Americana and Taylor Swift’s adorable specimen of a cat can be found on Netflix me-ow.