MIM: What got you into music?

Upsahl: I grew up in a very musical family, with my dad being in punk bands from the time I was born, so music was always like second nature to me. I had a band room in my house, instruments everywhere, and was singing pretty much before I could talk. There was never really a point in my life where I decided I wanted to do music; it was always just the biggest part of my identity and the only thing I really was passionate about, so there really wasn’t another option for me.

MIM: Who were your inspirations growing up?

Upsahl: Because my dad was in punk bands, I listened to a lot of punk and alternative music. I loved Spoon, Weezer, and Queens of the Stone Age. I also was obsessed with No Doubt and Gwen Stefani. Having her as a badass female role model who was very authentic with her music was very inspiring for me as a young girl. I also was obsessed with OutKast. My parents made me a mix tape when I was little of certain OutKast songs that I was allowed to listen to, and I would literally be sitting in my car seat in the car as a kid singing every single word.

MIM: Did your family support the lifestyle choice of skipping college?

Upsahl: My parents were actually the biggest advocates of me pursuing music instead of going to college. Most parents are so against stuff like that, but towards the end of my senior year of high school, my parents sat me down and were like, “We don’t think you should go to college, and we will support you in any way you need for you to pursue music.” Like what?! What I’m doing right now would not have been possible if it wasn’t for my parents and family being so supportive of my music career. 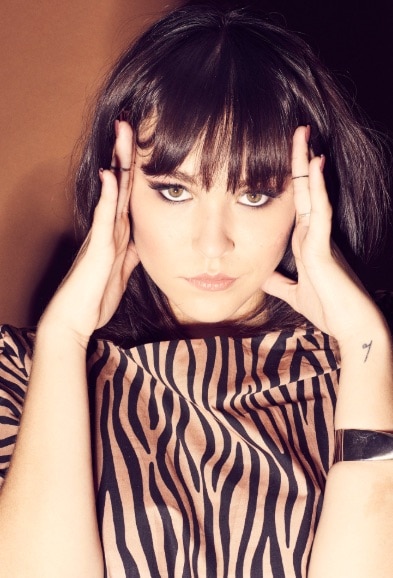 MIM: How well did Arizona School for the Arts prep you for music lifestyle?

Upsahl: Very well. I am so thankful for the fact that I got to go to this school from the time I was ten until I graduated high school. It’s cool because even though I was being classically trained in piano, guitar, and choir every day, I have really noticed how the classical world translates over into my every day writing and performing. It was also just a very supportive and loving community to grow up in as a musician. They were very big on everyone just being their most authentic selves, where as most schools suppress that, so it was such a free and creative environment that became my second home throughout my teens.

MIM: What kind of things, in particular, did you find out about yourself while living on your own?

Upsahl: So much. I moved to LA when I was nineteen, and the only thing I really knew about myself was that I wanted to do music. Everything else was just so all over the place. Just within the past year of living in LA, I’ve learned so much about myself and my identity. I had to become comfortable with the idea of being alone without being lonely, and how to navigate being a young woman in the music industry. As I was discovering who I was, I feel like my music and my sound evolved with that, so my most recent EP feels very authentic to me and where I’m at in my life right now.

MIM: What song in Phoenix help springboard your success in LA?

Upsahl: While I was still living in Phoenix, I flew out to Austin to do a session with an artist, Max Frost. Within the first day of working together, we wrote a song called “Can You Hear Me Now.” The second time we worked together, we wrote “Kiss Me Now,” and these two songs ended up being the first singles I released as UPSAHL. After that, I met my publisher at UMPG and moved to LA as soon as I could!

MIM: Besides it being your last name, why did you choose the stage name UPSAHL?

Upsahl: I spent a lot of time trying to figure out a stage name, but nothing really felt true to me. It’s way harder than it sounds to come up with a name like “Lady Gaga” or “Lorde.” Basically, I had tried a bunch of different ideas, and the only thing that felt authentic was “UPSAHL.” Since it’s my last name, it’s also a shout out to my family and the support that they’ve given me.

Upsahl: “Hindsight is 20/20,” is actually a lyric from “SMARTY,” which is a song off the EP. It was one of those lyrics that just really stood out to me when listening through the EP. Also, the whole inspiration for writing the EP was looking back on my past year in LA and the experiences I’ve been through, so it all feels very reflective. I feel like “Hindsight 20/20” really encompasses what these songs are saying.

MIM: If you were to paraphrase the EP how would you describe the messages from the EP?

Upsahl: I wanted this EP to be empowering while staying vulnerable. The whole point of each of these songs is embracing the not so positive things. “All My Friends Are Rich,” is about being broke as F, but making a joke out of it. “Stressed,” is about losing your mind and drowning in stress, but embracing it and staying strong. “Drugs,” is a diss track about parties, but you would still bop to the song at a party. “SMARTY,” is a big F U to the guys that screwed you over, and “Fine,” is an apology that looks back on a past relationship while recognizing that you are most of the reasons why it ended. I feel like each song is just about fully embracing life and the experiences it throws at you, good or bad.

Upsahl: The day we wrote “Drugs,” I was working with producer, KillaGraham and writer, Sean Kennedy. Sean had the idea for a song about “just coming to the party for the drugs,” and we then turned it into this metaphor about meeting fake ass people at LA parties. This is my favorite song that I’ve been a part of, and the whole writing process was so fun and natural.

MIM: Did anyone accidentally ingest glitter during the making of the “Drugs” music video?

Upsahl: We all did. There’s a blooper somewhere of me licking a joint to roll it and then getting a sh*t ton of glitter in my mouth. The glitter high is real.

MIM: How was it touring with Max Frost and Mikey Mike?

Upsahl: The best experience of my life. I am addicted to being on the road. Performing every single night and watching people react to your songs is the most rewarding things about being an artist, and I can’t wait to get back on the road soon.

MIM: Have you been to the UK before and do look forward to touring there in May?

Upsahl: I spent a couple of days in London at the end of last year and completely fell in love with it. I’m so pumped that we get to play festivals there next month. It’s going to be rad. 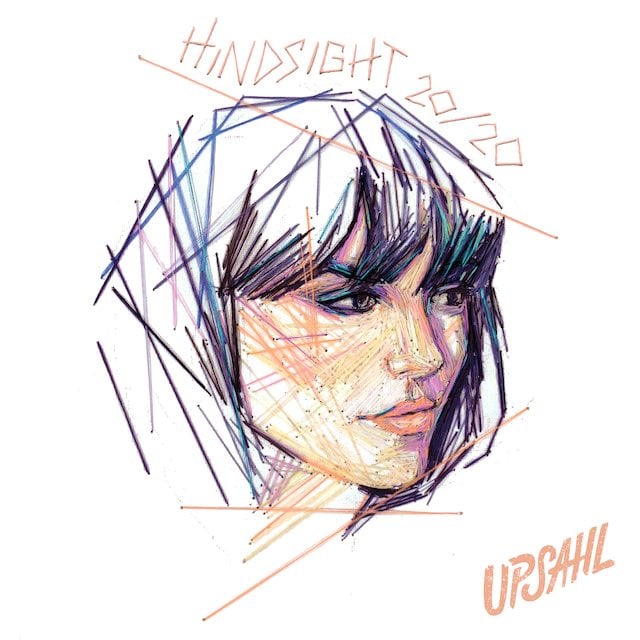