There are plenty of different types of shows.

Few focus mainly on quality songwriting, and not many of those types of shows are successful. You need the right crowd, great songwriters, and a sound system that can pick up on subtlety and nuance.

The triple bill of Willie Wisely, Turn! Turn! Turn!, and Dylan Hicks at the Turf Club was one of the rare shows that pulled this off.

The night started with the melodic baroque pop of Dylan Hicks.

More than just a great local songwriter, he’s also written two books and essays that have appeared in the New York Times and Slate (among others). His songs, unsurprisingly, have the wit and intelligence of a literary type.

It’d be easy to miscategorize Turn! Turn! Turn! as the latest project of Honeydogs founder Adam Levy. That’s only 1/3 of the story, though. 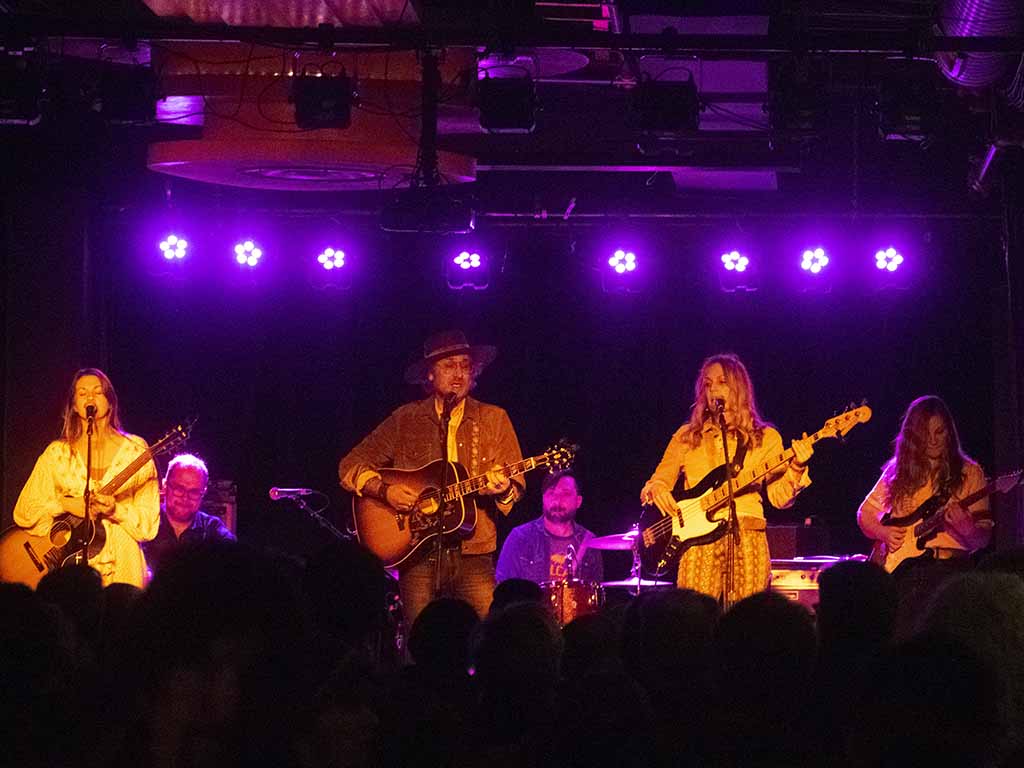 Levy, Smith, and Brynstad each sang their own material, in addition to a handful of well-chosen covers. Their chemistry was especially apparent in their well-crafted harmonies, while the band behind them (Jason Shannon on keys, Josh Kaplan on drums, and Toni Lindgren on guitar) filled in the sound admirably.

Surprisingly, it was their first full band show. There were no hiccups, and lead guitarist Toni Lindgren was especially fantastic. Her licks and solos featured shades of old school country, folk, surf rock, psychedelia, and more. I’ve rarely seen a guitar player that seems more “at one” with their instrument. She hit every groove perfectly.

Willie Wisely is something of an undervalued Minnesota legend.

His time on the Minnesota music scene began in 1986 and has been going strong ever since. He has produced albums by comedian Andy Dick and Foster the People’s Mark Foster, among others. He was also Head of Promotions at First Ave for six years.

His songwriting is a melodic, engaging, power pop-tinged combination of pop and rock. Face the Sun, his most recent album, was one of last year’s best.

Wisely’s stage presence is reckless and super high energy, but also soulful. This was especially apparent on his latest single, “No Surprise,” and the title track from Face the Sun.

He had some fun stories, which isn’t surprising considering his varied background in the Minnesota music scene. One was about playing a show with the Jayhawks’ Mark Olson at the Viking Bar, at which Olson was impressed with Wisely’s choices of covers. Another related working with late, legendary local producer Ed Ackerson.

In the middle of the show, Wisely called up Adam Levy to sing with him. To my delight as a hardcore Beatle fan, they tore through deep cut “It Won’t Be Long,” with Wisely interjecting the “yeah” backing vocals with pure joy.

It isn’t always easy to have a successful show that focuses on great, subtle songwriting.

Music in Minnesota editor Erik Ritland is a journalist and musician from the east side of St. Paul. He has released 7 albums and 8 EPs featuring his unique blend of rock n' roll, modern rock, and Americana since 2001. Rambling On, his personal blog and podcast covering music and sports, was launched in 2012. Erik was also Head Staff Writer for Minnesota culture blogs Hometown Hustle and Curious North.

Music in Minnesota editor Erik Ritland is a journalist and musician from the east side of St. Paul. He has released 7 albums and 8 EPs featuring his unique blend of rock n' roll, modern rock, and Americana since 2001. Rambling On, his personal blog and podcast covering music and sports, was launched in 2012. Erik was also Head Staff Writer for Minnesota culture blogs Hometown Hustle and Curious North.