The pop punk resurgence of the late 2010’s is alive and well, but for some subgroups within the genre the scene has been over for awhile. On a chilly December evening, I made my way to the Amsterdam Bar and Hall in St. Paul to be introduced to the pop punk corpse of yesteryear, reanimated just in time to make me wonder how I ever missed it in the first place. A holiday reunion show featuring four now defunct local bands: Give It Up, Love Out Loud, The Role Call, and The Picture Perfect. 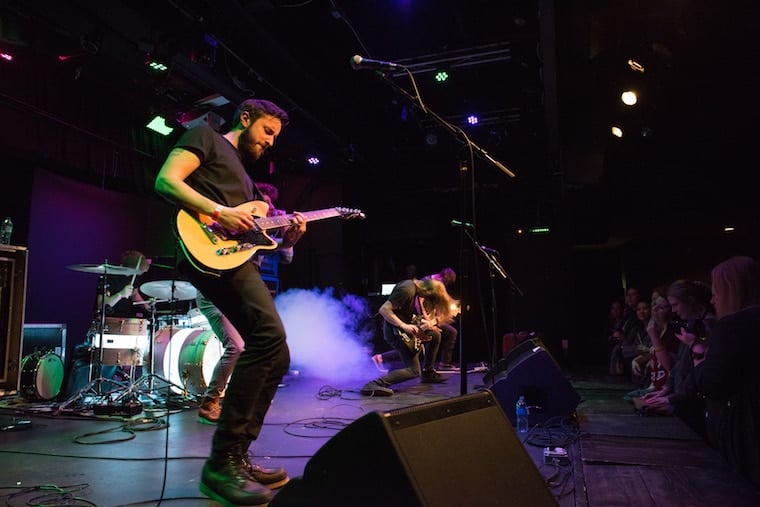 Of course had I gone into the show without prerequisite knowledge of the circumstances and you simply told me these are all currently active bands I’d be hard-pressed to argue with you. For groups of friends who, in some cases, haven’t played together in nearly half a decade these guys put on one hell of a show. Each band, mired in various degrees of pop punk cliche, had an undeniable charisma and chemistry that filled the room with excitement.

Before the show even started I could feel somewhat awkward vibes in the air. Being in your late twenties at a pop punk show can feel somewhat off, even if you want to be there. I started to feel reminiscent of attending a Warped Tour at age 25, walking around and noticing that I was a full decade older than most other festival goers.

Still, on this night at the Amsterdam Bar I noted that many people around appeared to be closer to my age than originally anticipated. This was before I was informed of the aforementioned circumstances of the show.

It turns out the air of embarrassment was not lost on any of the bands, either, as they all made mention in some form of how – and I’m paraphrasing here – they were “too old for this now.” This self awareness helped ease past the pretense of the situation, however, and once that was addressed the rest of the night melted away into pure nostalgic joy. 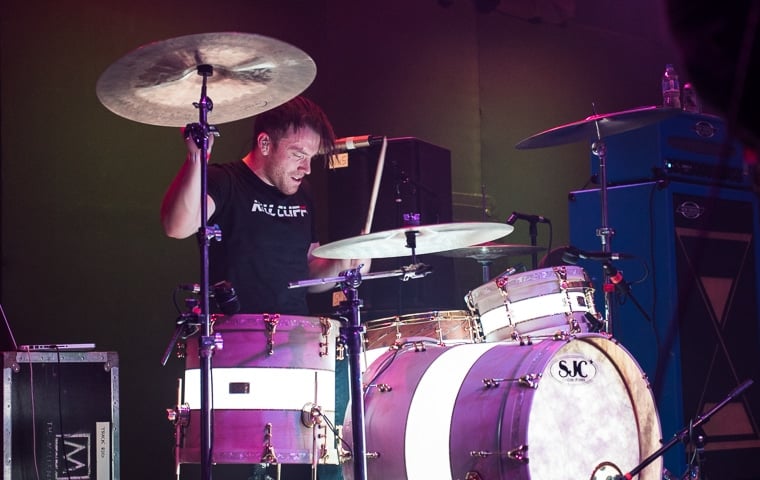 It turns out that even though the past can be embarrassing, it can still also be fun! And really that’s the ultimate joy of pop punk as a genre. Once we accept that “Hey, maybe we were overreacting a little bit” with some of our past tendencies, we can still turn around and belt out lyrics like there’s no tomorrow over a catchy melody, and dance like we’re teenagers once again.

“Those on stage were not just musicians celebrating their old pop band days. They were now husbands, dads, entrepreneurs, activists, and leaders. It was quite amazing that these people had long gone their separate ways, but came together for an intimate reunion performance as if it were a Christmas gift, or a “Thank you” to their devoted fans.”

Of course even without the benefit of nostalgia I still had a wonderful time! Being introduced to bands that are no longer active is a strange and bittersweet occurrence, and this show made me sad not to participate in this section of the scene back when it was happening. Give It Up played a set of high energy pop punk jams injected with powerful electronic backing tracks.

Love Out Loud filled the room with electricity and at once point even played an excellent cover of Motion City Soundtrack’s Everything Is Alright (which allowed me to indulge in some of my own teenage nostalgia!).

In between songs, Dillon announced all their merch was free, and donations could be left in the box for the guitarists’ family, as his dad was fighting an illness. The bands who followed announced their merchandise was also free and proceeds would be donated to the family as well.

There’s a break between sets. I eavesdrop on conversations around me…

His mom was beaming to see him on stage, soaking up every moment of him on stage. I’m sure her phone was full of pictures and video.

“He misses this. I’m so happy to watch him performing again.” Ahh my heart!

A wife of an artist said, “This is so fun to see him in this light. I met him after his band days.”

I was talking to another musician that “grew up” and now works highly respected job. I asked what he’d rather be doing for a living. His response, “This. I’d be doing this.”

The Role Call played an eclectic set full of different styles and flavors of pop punk (at one point even introducing a ukulele into the mix, as well as another killer cover – this time All The Small Things by blink-182). The Picture Perfect capped off the night with one hell of a dance party, faking out the crowd multiple times by teasing their big hit.

In an ironic fashion that goes against the nature of every normal show, each band pleaded with the crowd to take their merchandise on a pay-what-you-want basis, as they all now simply had too much of it. I scooped up a handful of CDs and suddenly find myself tasked with learning to love four bands that are no longer active—even though I wish they were.

I may have my regrets about not knowing about these bands sooner, but I’m glad that I was able to at least be introduced to them tonight. Between the tight performances and the excitement of the crowd it was clear that I was able to be part of something special happening that night for a lot of people.

We all may grow up and grow out of some of our musical phases, but it doesn’t mean that we can’t still look back, throw judgement to the wind, and just enjoy life for a moment. The mission of pop punk, as far as I see it, has always been a sort of escape. Whether it was an escape from our youthful perceived plights, or even now as an escape from the idea that we’re too old to have fun anymore.