The Ordway Theater welcomed East Los Angeles musical icons Los Lobos on Friday. They celebrated 45 years of making musical history with two sets (acoustic and electric) to an energetic and very loyal audience. The band is most notable for their 1987 cover of the Ritchie Valens song “La Bamba,” which spent weeks as the number one single in nine countries. They’ve influenced Los Lonely Boys, Bradford Marsalis, Beck, and more.

Vocalist/guitarist David Hidalgo, drummer/guitarist/Jarana Huasteca Louie Perez, singer/guitarist Caesar Rosas, bassist Conrad Lazano, keyboardist Steve Berlin, and percussionist Enrique González started the night showcasing their guitar stylings, which featured a mix of Latin and Americana. All performed acoustically, most sung in Espanol, providing a look into their beginnings playing Latino music from their East LA adolescence. As most of the sold-out crowd sat in amazement of the mastery of their craft on various instruments, a few couples left their seats to dance in the aisle to the sounds of Latin street music.

After a break and a quick announcement by Caesar Rosas (“I thought you all left”) they launched into the 1984 chart-topping “Will The Wolf Survive,” which sprung the crowd from their seats to dance, and followed that with blues-influenced “Don’t Worry Baby.” The song reminded me of the guitar work of Big Head Todd And The Monsters, which made me wonder about the influential reach of the Chicano Rock genre, which had a perhaps unacknowledged impact on mainstream rhythm and blues.

Los Lobos is a band that his hard to label, as they play such a passionate variety of music. They were inducted into the Rock n’ Roll Hall of Fame in 2015, yet they still seem like one of the most underrated bands. Seeing them live you hear so much of today’s artists in their music. Country, Latin, rock, swing, and even punk seem to come throughout their set.

Although they haven’t performed at The Ordway since the mid-90s, it was easy to see that they have a loyal Midwestern fanbase, as I spoke to some in attendance who have been following the band from state-to-state on this 45th-anniversary tour. The group promotes its base to record their shows, and fans trade recordings around the world. Before the show, I was educated on all things Los Lobos by those waiting in line. It was clear that the group is all about their fans. Once in the mid-90s they even bussed in inner-city children to a performance for free so they could learn the power of music. 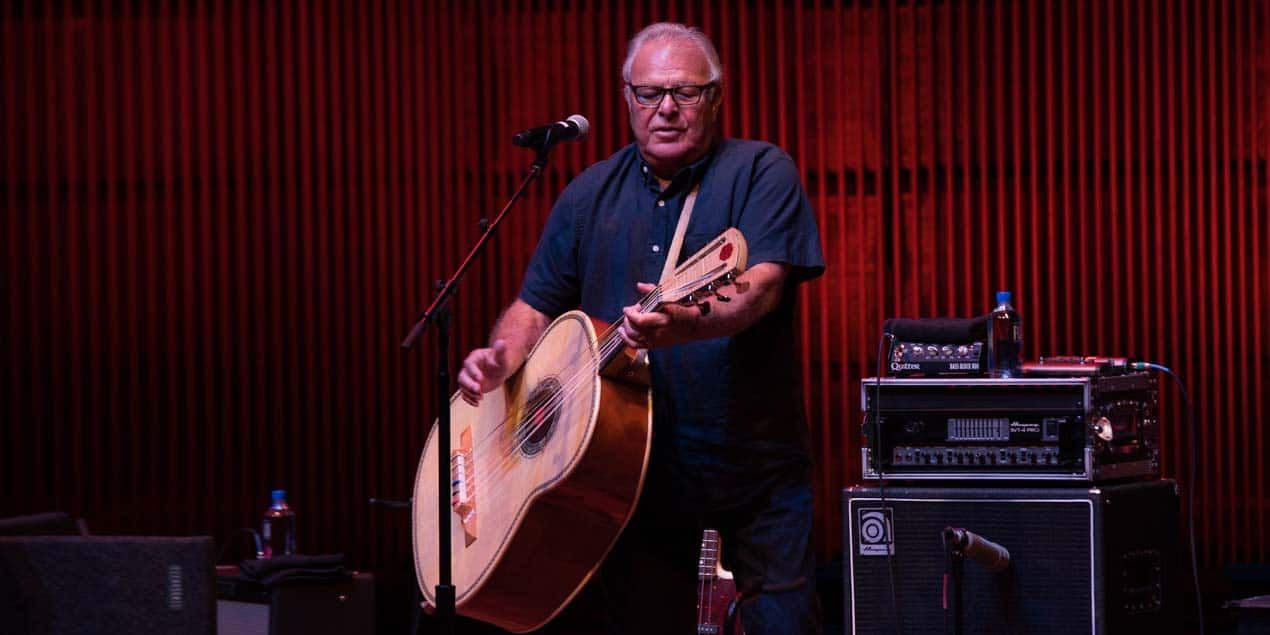 Los Lobos is a band that represents a beautiful culture which seems to be fading in today’s world. A group that delivers unity to their diverse fanbase beautifully articulated through multiple genres of music and its rich history of bringing all walks of life together to celebrate happiness through music.