This scheduled outdoor concert quickly turned into a chaotic indoor concert! You either found out by a huge sign in the parking lot when you arrived or by following Treasure Island via Social Media. A post earlier in the day let ticket holders know that The Judas Priest and Deep Purple concert was moved indoors.

Sardines! That is how packed The Treasure Island Event Center was as Judas Priest started playing the intro to “Firepower!” It was an absolute challenge for anyone to move throughout the lower bowl. I noticed a couple of small skirmishes with some fans not wanting to let other people through. This seriously felt like one was at a smaller venue in town! You either loved it or hated it. Personally, I thought it was fantastic. 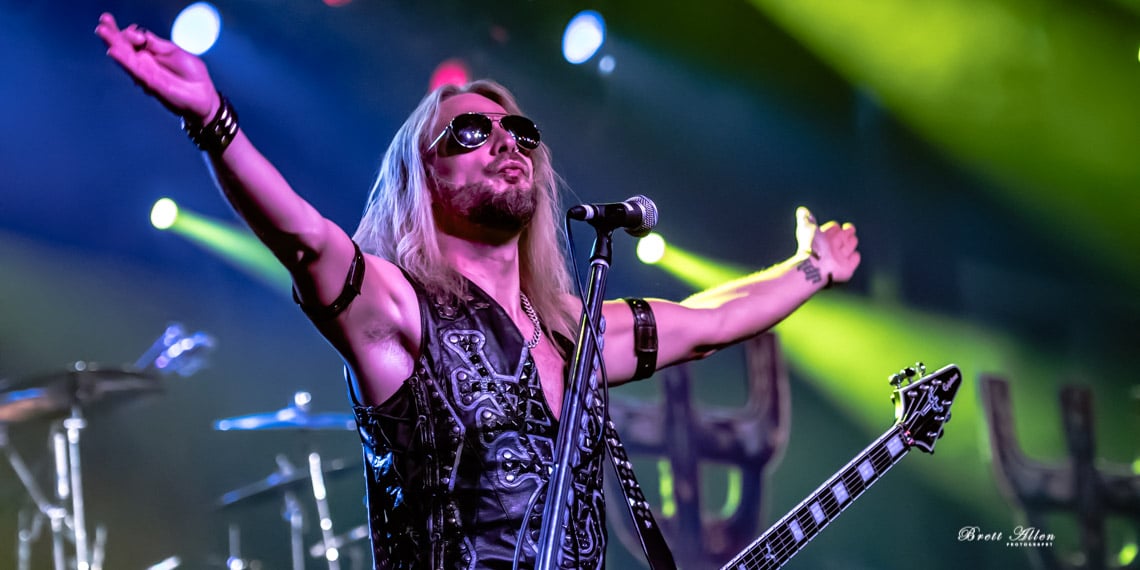 Let’s face it, when you think Judas Priest, you think of two things. One is Rob Halford, and the second is Halford entering the stage on his Harley Davidson for the song “Hell Bent For Leather.” Amazingly, Halford managed to pull this off tonight on what has to be one of the smallest stages Judas Priest has played on in years.

Rob Halford is still amazing. You’d think those high notes would be a little more distant, or he’d cheat on some of the long notes. Not a chance. Was he perfect? No. Was he great? Absolutely. He engaged the fans several times to sing louder while getting them to sing along with him. 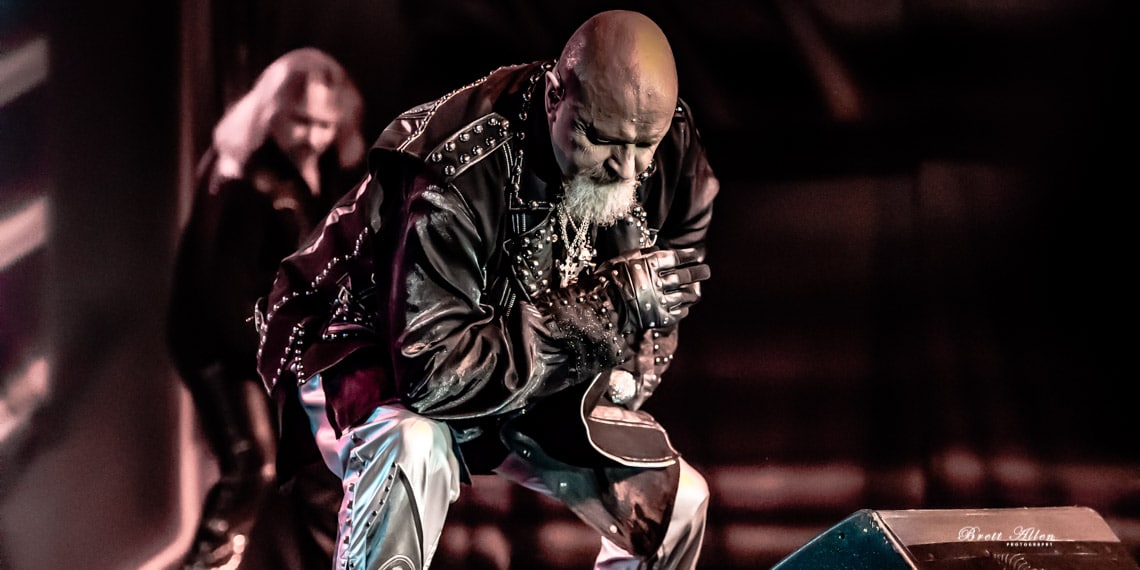 Priest mixed in several songs from their new Album, Firepower, including the opening song “Firepower” along with “Lightning Strike,” “Rising From The Ruins,” and what seems to be the mantra for this tour, “Never Surrender.” These chocies went well with several hits including “You’ve Got Another Thing Comin,” “Painkiller,” and “Breaking The Law.”  Of course, the last song from Judas Priest had to be their biggest hit, the rock anthem “Living After Midnight!” There’s not a better song to end the night! Only one problem: they weren’t the headliner.

Halford did Thank the crowd, mentioning the weather and the small stage saying “Hey, That’s Rock N’ Roll For Ya!” That it is, that it is. 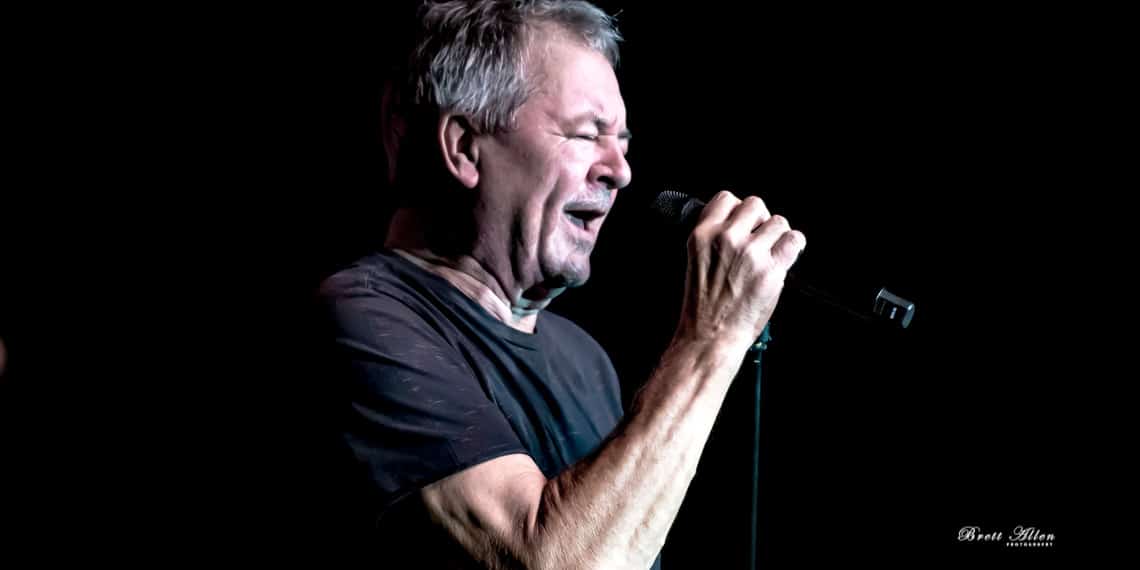 Remember earlier, when I mention that it felt like sardines? Well, quite a few people left after Judas Priest performed! It was definitely a mistake on their part. Deep Purple was fantastic! Don’t get me wrong, I still liked The Priest better. but this was a solid show from beginning to end.

Deep Purple came out fast with the hit song “Highway Star!” It didn’t slow down either, with the night primarily focused on the hit album Machine Head along with an eclectic mix from the 70’s and 80’s including tracks like “Strange Kind Of Woman,” “Lazy,” and “Perfect Strangers.” 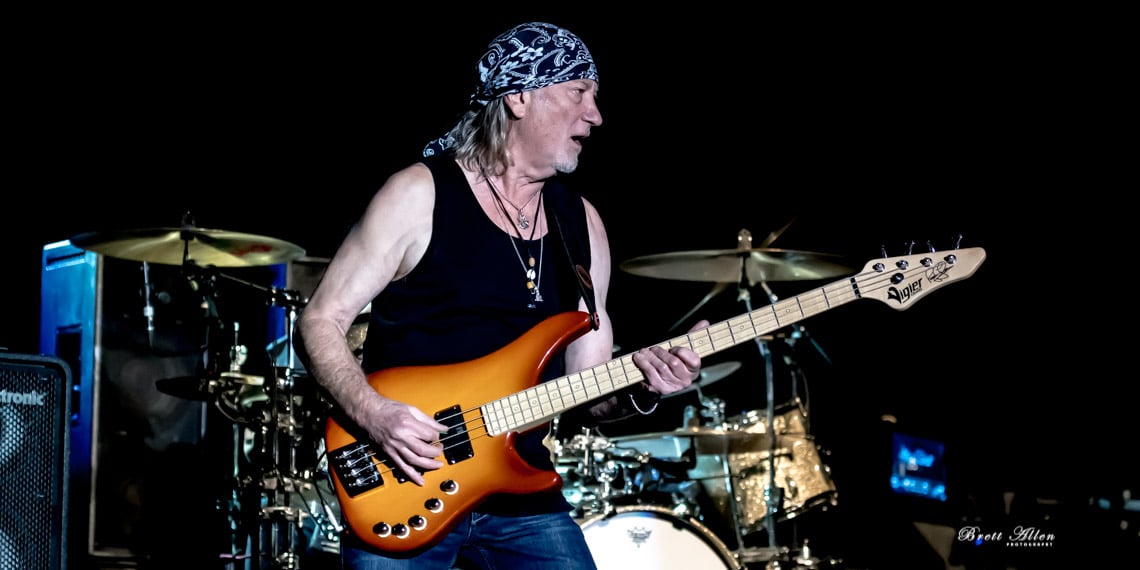 Not to be outdone by Judas Priest, Ian Gillan and Deep Purple finished the night off with their own (and bigger) rock anthem! Once you hear the opening riff from “Smoke In The Water,” it’s game over. Everyone knows the opening riff (it’s widely considered the best-known riff in rock history) and most folks know the song to go with it.

Deep Purple finished the night with “The Peter Gunn Theme” and a fun cover of the song “Hush” by Joe South. It was a fantastic 75-minute set that included a few Guitar solos, a keyboard solo, and great music from beginning to end. 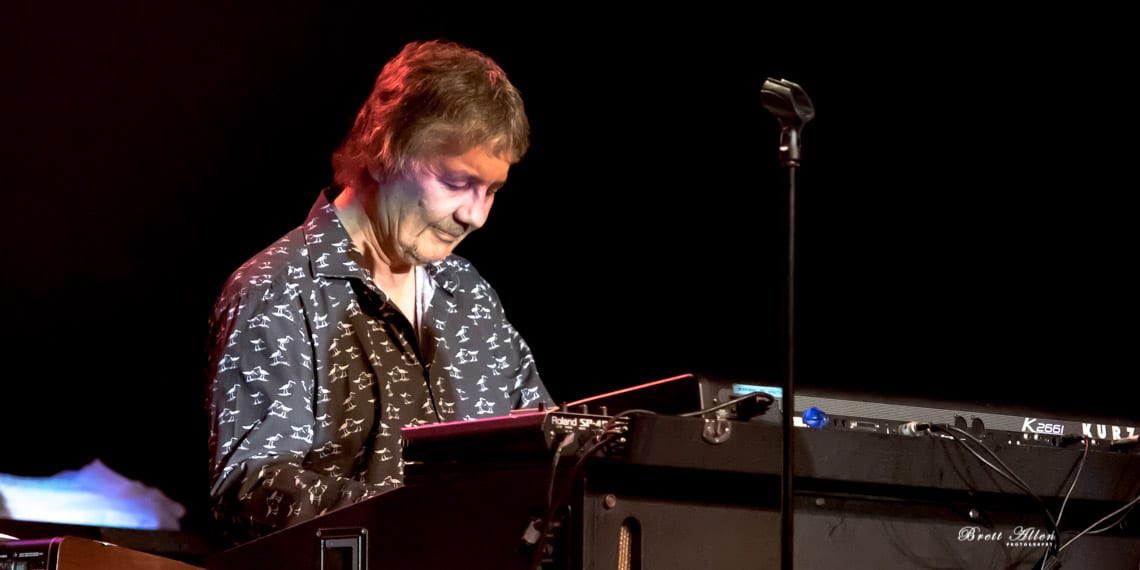 Two iconic bands in one night, all in a more intimate setting than originally intentioned? For that, I say thank you mother nature. Yes, these 2 bands should be on the big stage, just not today.

I’m sure everyone at Treasure Island hated to make the decision of bringing an outdoor concert indoors, they had so many things to deal with, including how to give priority to all the people who paid for a seat and not just a General Admission Ticket, how to shrink the stage for the bands (including being able to accommodate Halford’s motorcycle), and, what I would think would be the hardest part, getting all paid admissions into a smaller setting. That’s a tough task, remember this was a rain or shine event. They could’ve just canceled the event. Bringing the event inside was the best solution, was it ideal? Of course not.