Saturday night at the Turf club was a sight to behold for the second completely sold out Dead Man Winter show. With plenty of laughs, just the right amount of stage banter and the musicians collaborating with each other through their sets; Dead Man Winter, Frankie Lee and Andre Von Kampen put on not only a great show musically, but also one that was engaging enough to make even a non-Minnesota native feel like they were right at home.

That being said, Lincoln, Nebraska native Andrea Von Kampen warmed up the night with her soothing and all too relaxing solo acoustic set.  Commenting on the beer-clutching audience that tonight was her first time playing in Minnesota, Von Kampen asked us to please be gentle with her. I think we can all agree she was greeted with an utmost gentle welcome. 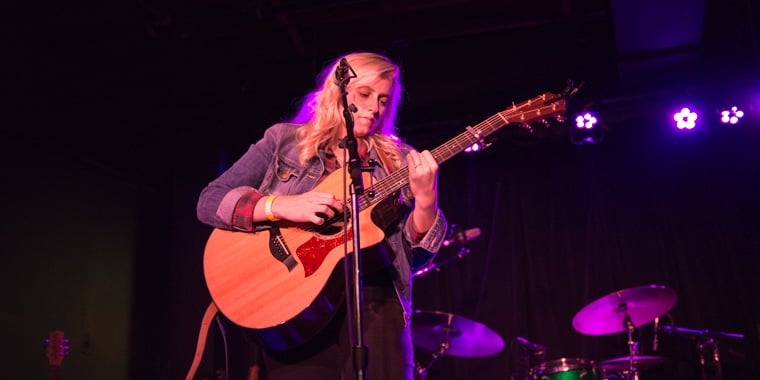 Maybe she was just feeding into the MN Nice phenomenon but she continued to let us know she has appreciated the kindness she has received from all of the local folk. Although this isn’t news to most of us from this state, this hospitality may not have lasted all too much longer for some after her quick self-introduction, where Von Kampen wanted to give a shout out to her home state by cheering, “Go Huskers!” Whether you’re a Gopher’s or a Cornhuskers fan, I think most of us laughed it off and she began to do what she does best, playing us a nearly 45 minute set that included a cover of Otis Redding’s ‘(Sittin’ On) The Dock Of The Bay’ that left us all applauding.

Following shortly after Von Kampen was our own Minnesota native Frankie Lee with just one other electric guitarist filling on the lead parts. To be frank, (see what I did there?) Frankie’s set was nothing short of pure awesomeness. Without even being backed by a full band, the two guitarists stood up on their own playing many tracks off Frankie’s debut full-length album American Dreamer. Voted the best songwriter by City Pages in 2014 after his EP released in 2013 titled Middle West, I think he should also take home the title of best comedian as well. Frankie’s banter and jokes in between songs commenting on the venue and shouting out to the bartenders, left us all chuckling and with a definite idea that Frankie belongs on that stage as an entertainer. 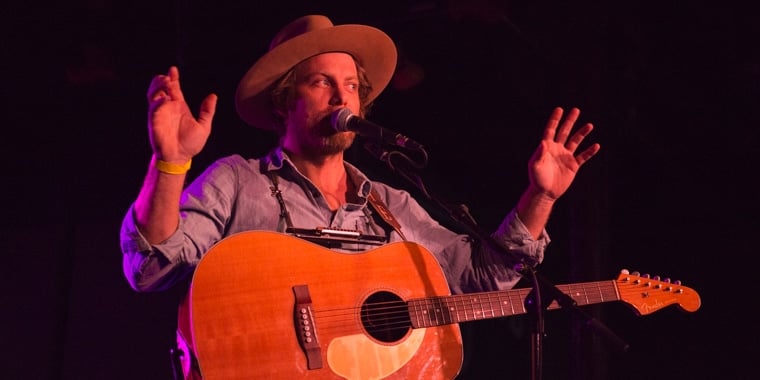 Not only does he belong on that stage, but he belongs to be on that stage playing bills bands like Dead Man Winter which he mentioned being old friends with. It’s always great to see not only local bands getting together to play shows like this but bands that come together that have withstanding roots and history together. That’s how great music and moments in history are made when friends get on stage and do their thing together. To our greatest surprise, most of the members of Dead Man Winter joined Frankie for the end of his set, filling in the empty positions on stage and left the crowd with one of those great moments that we love to see in our local music scene.

As Dave Simmonet from Dead Man Winter stood off to the side of the stage watching his bandmates, sipping whiskey with a smile on his face, I knew this was a pretty awesome moment for them. Once their set was over, fans were left with a quick taste of what was yet to come. 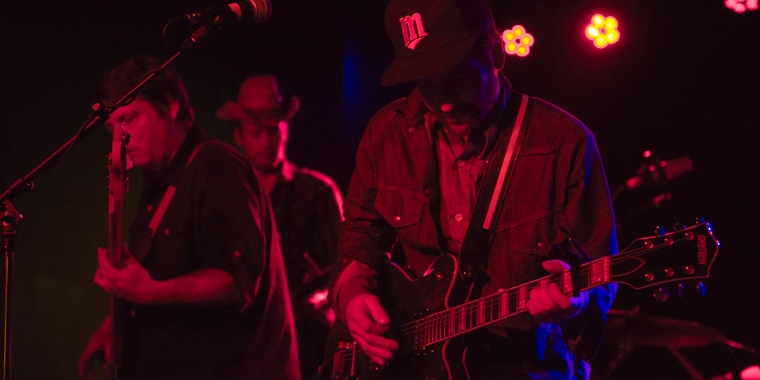 Dead Man Winter must be Stranger Things fans, coming on stage at eleven on November 11th. Or maybe that’s just me. The took the stage starting off strong, playing some new and upbeat songs off of their newest album Furnace that came out at the beginning of this year. Knowing frontman Dave Simonett’s recent hardships that led to the creative spark behind this album, I’m sure it must be tough at times playing some of these songs in front of such a local audience that includes family and friends that were probably there with him along the way.

Talking directly to people they clearly knew in the audience, there’s no doubt Dead Man Winter had some comrades in the house that evening. This just added to the overall feel that tends to happen at local shows whether they’re bigger or smaller, where there’s a great mixture of family, friends, and fans. Hell, we as Minnesotans and show-goers are all family anyway. 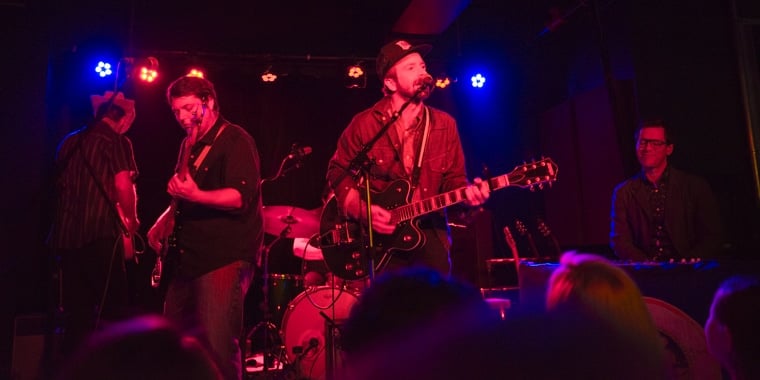 It was only a few songs in that the band toned it down a notch and slowed things down, after reeling us in with some very danceable tunes right off the bat. Only eventually to pick itself back up, where some other additional players came on to the stage to lend a hand with vocals and some additional instrumentation. With this new custom lineup, they continued to play a pretty great Greg Brown song titled Trump Can’t Have That. And you thought the show wouldn’t turn political. The band told us they’ve got no disrespect, except for Donald Trump, in which they actually mean a lot of disrespect to. 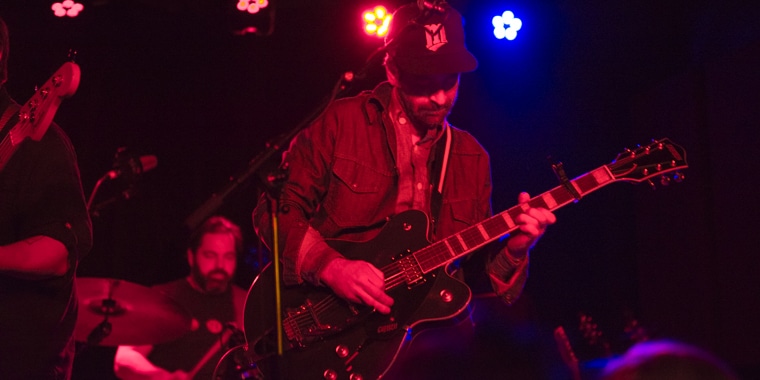 Fair enough! Glasses were raised and cheers were had. This was the general consensus of the evening. Dead Man Winter’s set slowly came to an end with some meaningful words from the band, stating that “The only way a Saturday happens is with every fucking person and that is the fucking truth.” I tend to agree with this statement. The crowd was left with a great sense of comradery as the band left the stage. Shortly after Simonett returned back to the stage for a solo encore, followed by the full band for the second encore. Final words from the band that certainly made us all feel special, “Best. Weekend. Ever.”

I wasn’t at the Friday night show to compare the two nights, but considering the amount of energy and the sense of connectedness that Dead Man Winter brought together in such a nostalgic venue gives me an idea that this second show took the cake. This was not a show to have missed, and for those of you who did miss it, I hope I was able to fill you in and I would highly recommend catching Dead Man Winter (or any of their friends for that matter) the next time you have a chance. You won’t be sorry.