The Stray Cats came prowling through Treasure Island on their 40th Anniversary Tour! While the trio won’t be mistaken for “Sexy and 17” anymore, they did bring the house down with some good old rock and roll.

There was no time to start out slow, as the cats came out strutting their stuff with “Runaway Boys,” and a classic cover of Gene Vincent’s “Double Talkin’ Baby,” which heavily influenced The Stray Cats and that Rockabilly sound for which they are so famous.

The Stray Cats new album, 40, was released in May this year. Of course, the title gives a nod to the 40-year celebration of the band, and they played several songs from the record, including the opener “Cat Fight (Over A Dog Like Me),” “Three Times A Charm,” “Mean Pickin’ Mama,” and “When Nothings Goin’ Right.”

Luckily for those of us in the Twin Cities area, Brian Setzer has lived here for the last 15 years, and we usually have a couple of chances each year to see him perform with his Brian Setzer Orchestra. Granted, that’s not nearly the same as getting the Cats together and hearing that slapping Bass of Lee Rocker or the crazy drumming of Slim Jim Phantom. 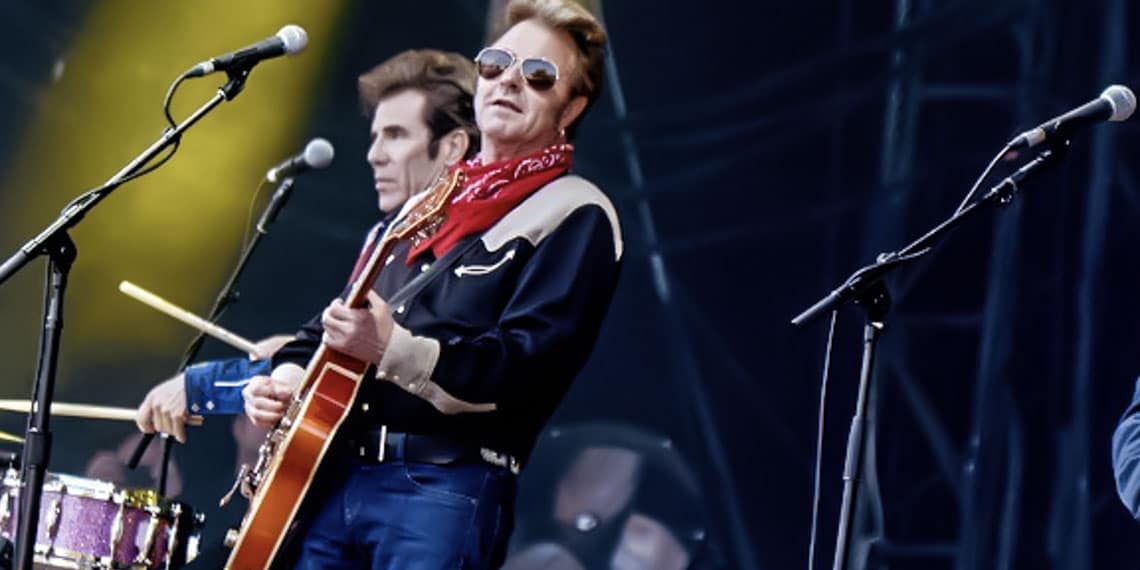 The Cats, of course, played the hits that made them famous. They sprinkled in the songs “Stray Cat Strut”, and  “(She’s) Sexy + 17” through the early portion of the show.

Right after the song “Fishnet Stockings,” the riff for the Cats most famous song, “Rock This Town,” started up and Brian asked the crowd, “Do you want to rock this town?”

In the background, drummer Slim Jim was jumping and bouncing around, and he clumsily tripped over the cord for Setzer’s guitar! Boom! There goes the power! Everyone was laughing as they plugged back in again, with Setzer saying, “Let’s try this again!”

In classic encore fashion, the band disappeared for a few minutes before coming back on the stage. Setzer claimed, “In all our years, this is the first time old Slim Jim has knocked the power out!” Once again, Setzer yelled, “You know how to fix it? You ‘Rock It Off!'” The Cats finished the night off with the popular and energetic fight song, “Rumble In Brighton.”

Even though the Stray Cats didn’t invent the Rockabilly sound, they did unexpectedly repopularize it back in the early 1980s. It’s not often you get to hear a clean, classic style of rock and roll, and these cats know how to do it right.