One of the Twin Cities’ biggest New Years Eve festivities, Snowta, returned to the Minneapolis Convention Center for the second year in a row. The two-day festival boasts a solid lineup of electronic artists, DJ’s, and rappers.

While EDM isn’t necessarily my favorite genre of music, the atmosphere is always entertaining. Despite the -30 degree windchill, patrons were dressed in their finest rave gear- from animal onesies to alien pasties, bassheads from around the midwest came to party. 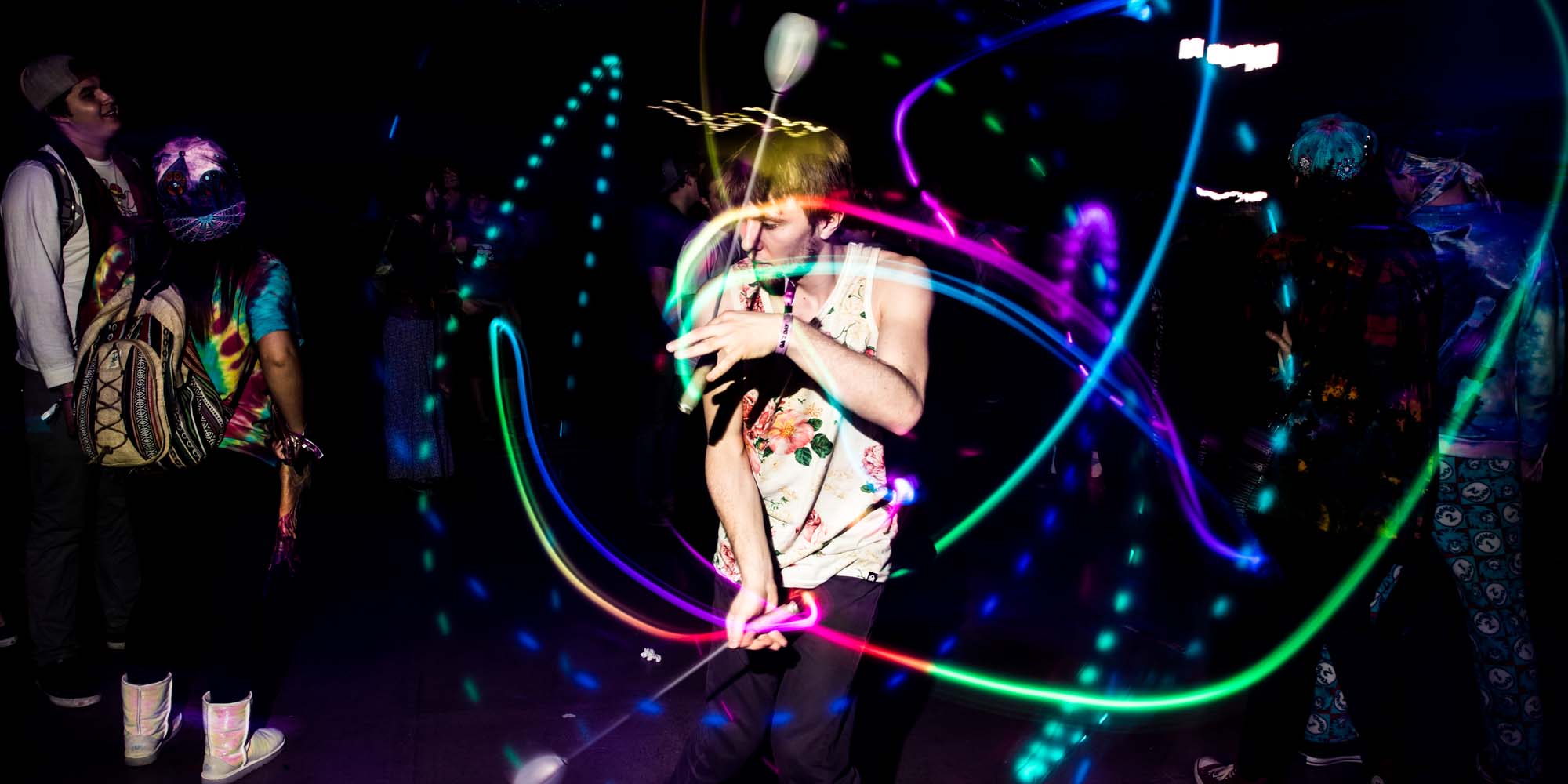 I spent the beginning of my night exploring the venue, people watching, and snapping long exposure photos of poi spinners and hula hoopers. In addition to four stages of music there were various art and clothing vendors, live painting, and even a laser tag course. 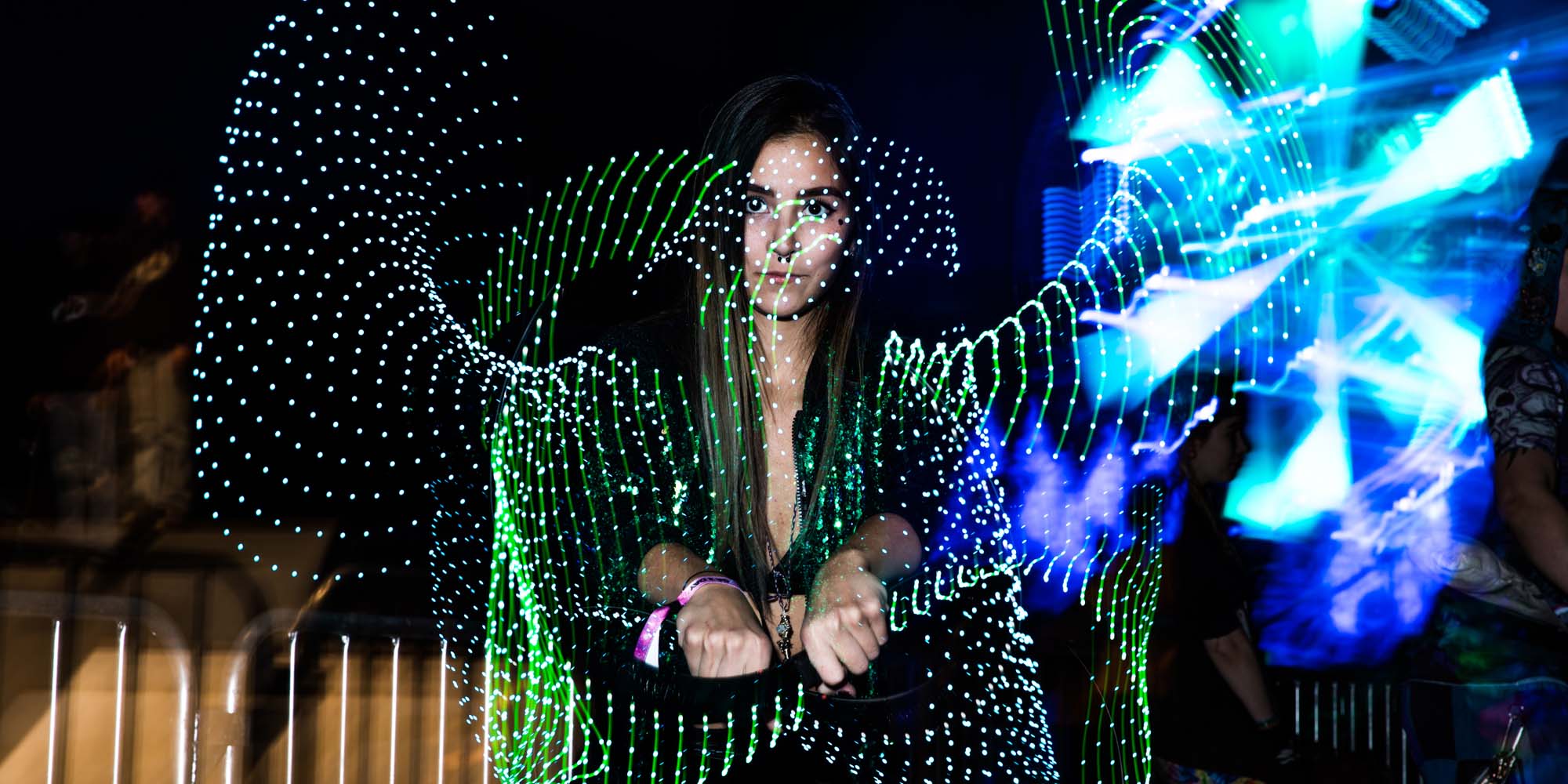 The first set I caught was Joyryde, an English DJ who is just about as generic as they come. He constantly repeated the basic “Let me see your hands up!” “How you feeling, Minneapolis?” his whole set while jumping around stage and not doing much live DJing.

The crowd didn’t seem to mind as they were jamming to the heavy drops and bass that made every hair on my head shake. The last half of his set was every one of those quintessential “this will get a reaction out of the crowd” songs: “Humble,” “Goosebumps,” and “Bodak Yellow,” to name a few. I almost fell asleep on the floor writing this article at the time.

Ookay was up next on the main stage and the twenty-five year old California native was more my speed. He incorporated live vocals and keytar over heavy electronic beats and performed all original songs.

He brought a feel-good energy to the room while the LED screen behind him projected a kaleidoscope of colorful patterns. Out of all the acts last night, Ookay is one that I will most likely continue to listen to. 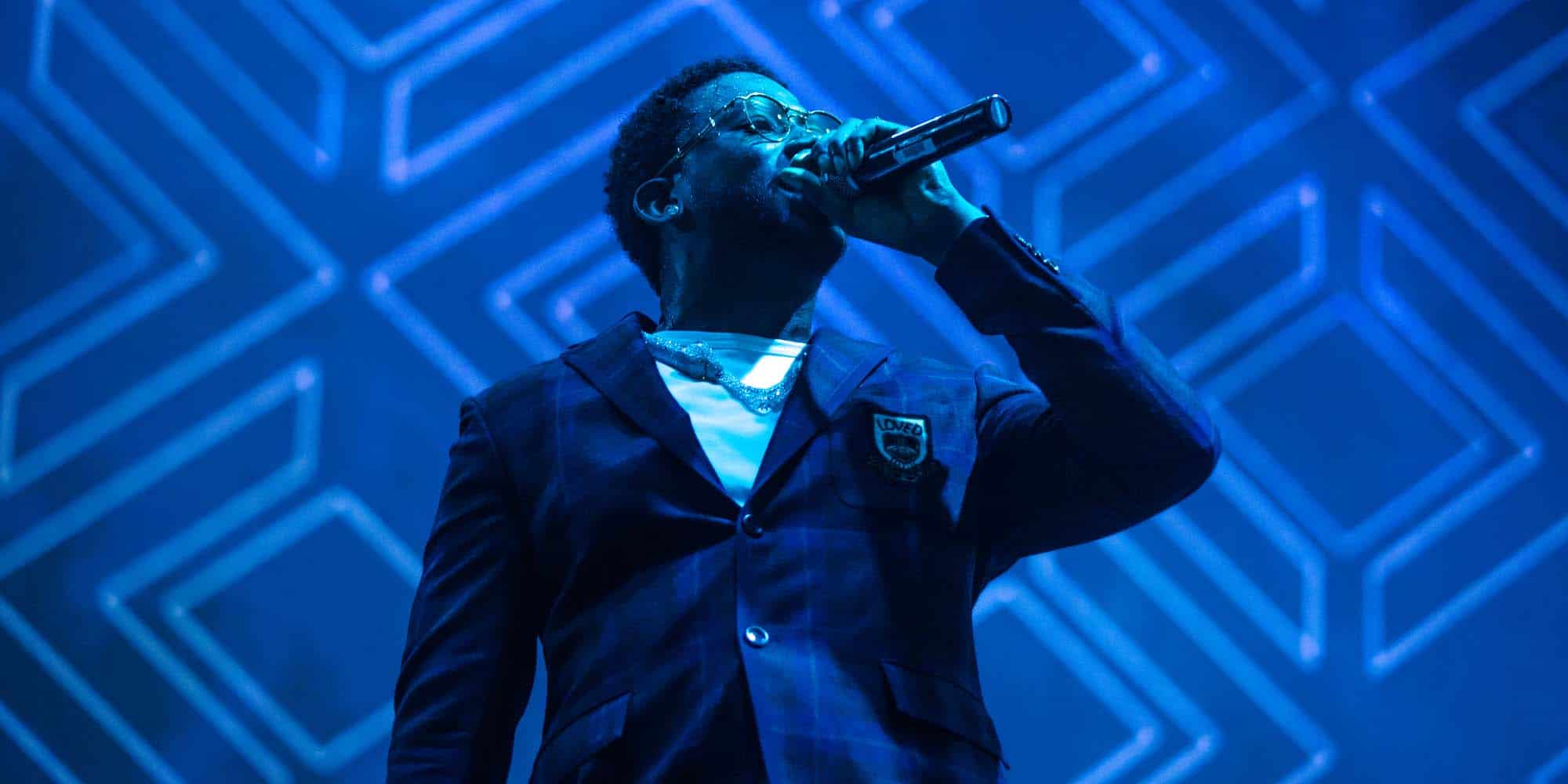 Atlanta rapper, Gucci Mane, took the stage around 10:30 sporting a catholic school type of plaid ensemble. The room was getting decently full and I was inhaling more vape juice than oxygen. 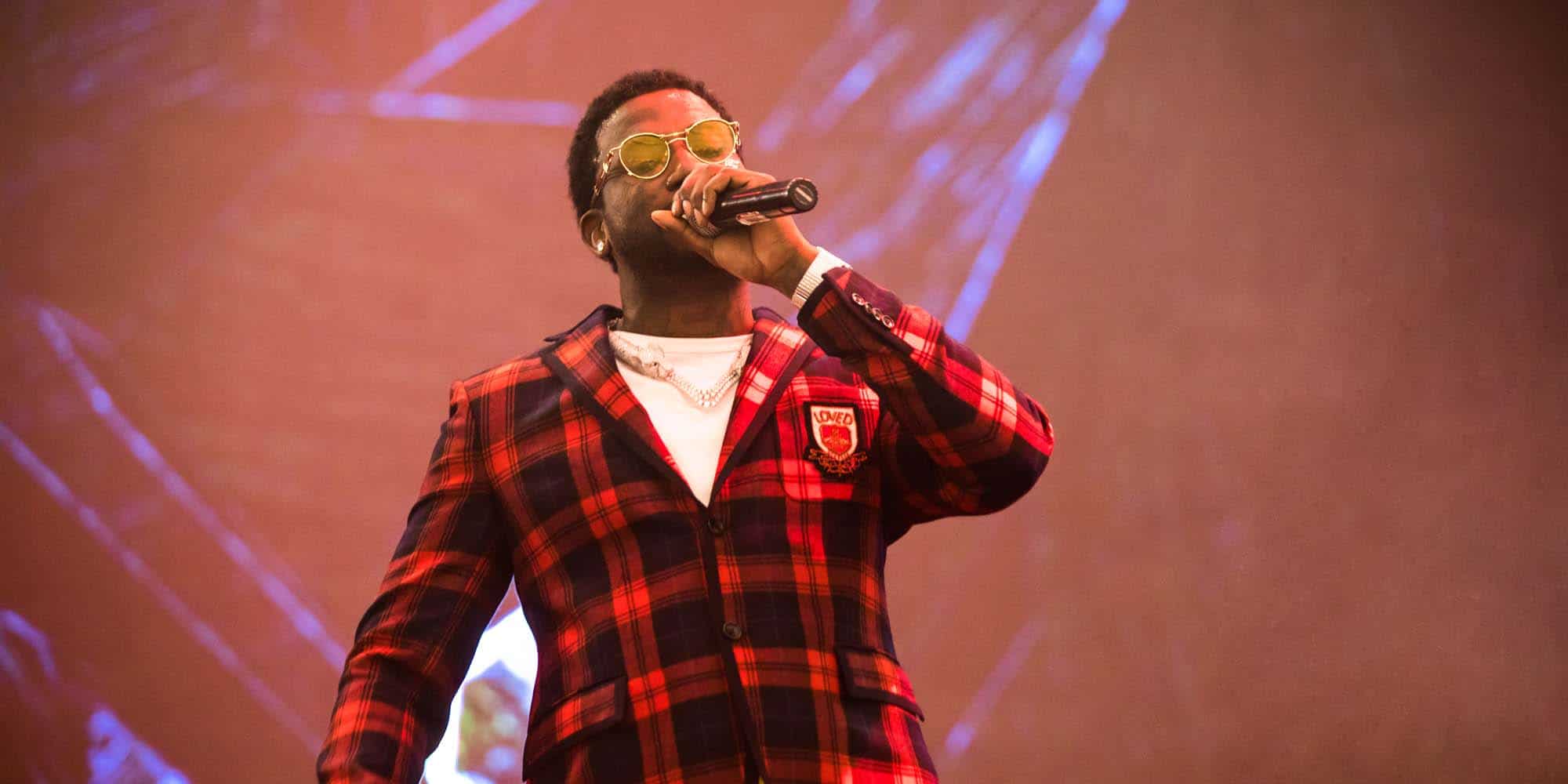 Mr. Mane didn’t spend much time interacting with the audience, but he did play a solid 45 minutes of fan-service songs such as “I Get the Bag,” “I Think I Love Her,” and “Both,” as well as his song with Rae Sremmurd, “Black Beatles.” His energy was a bit low but he still managed to keep the crowd hype throughout his set.

During the main stage turnover I took the time to scope out some of the smaller stages, the first being Bear Grillz at the Gray Duck stage. The Denver DJ likes to keep his identity under-wraps so naturally he wears a giant bear head while performing.

His music was heavier, grimier dubstep and had everyone in the room violently head-banging. Conversely, local DJ, Shrimpnose, had a chill ambiance at the Arcade stage with a handful of concertgoers vibing out and laying on the floor. 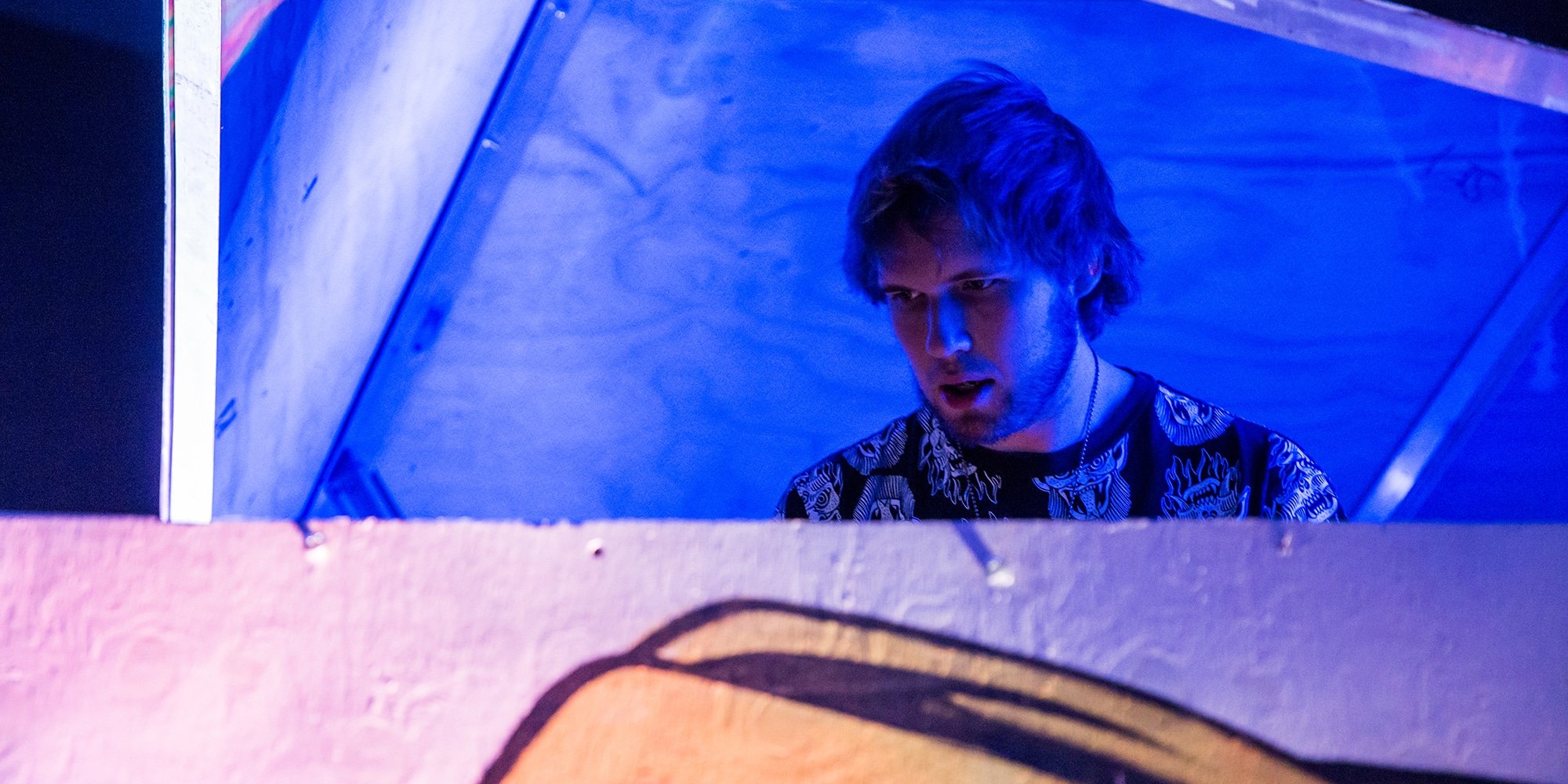 Derek Smith, better known as Pretty Lights, closed out the first day of Snowta. Accompanied by a four-piece live band, Pretty Lights brought a surge of energy to the main stage. Fans had been raging upwards of six straight hours and Smith still had them dancing the rest of the night.

The band added an element that no other act had; they were performing music rather than playing it. As one would expect, they also had an incredible light show projecting lasers and spotlights all over the convention center. 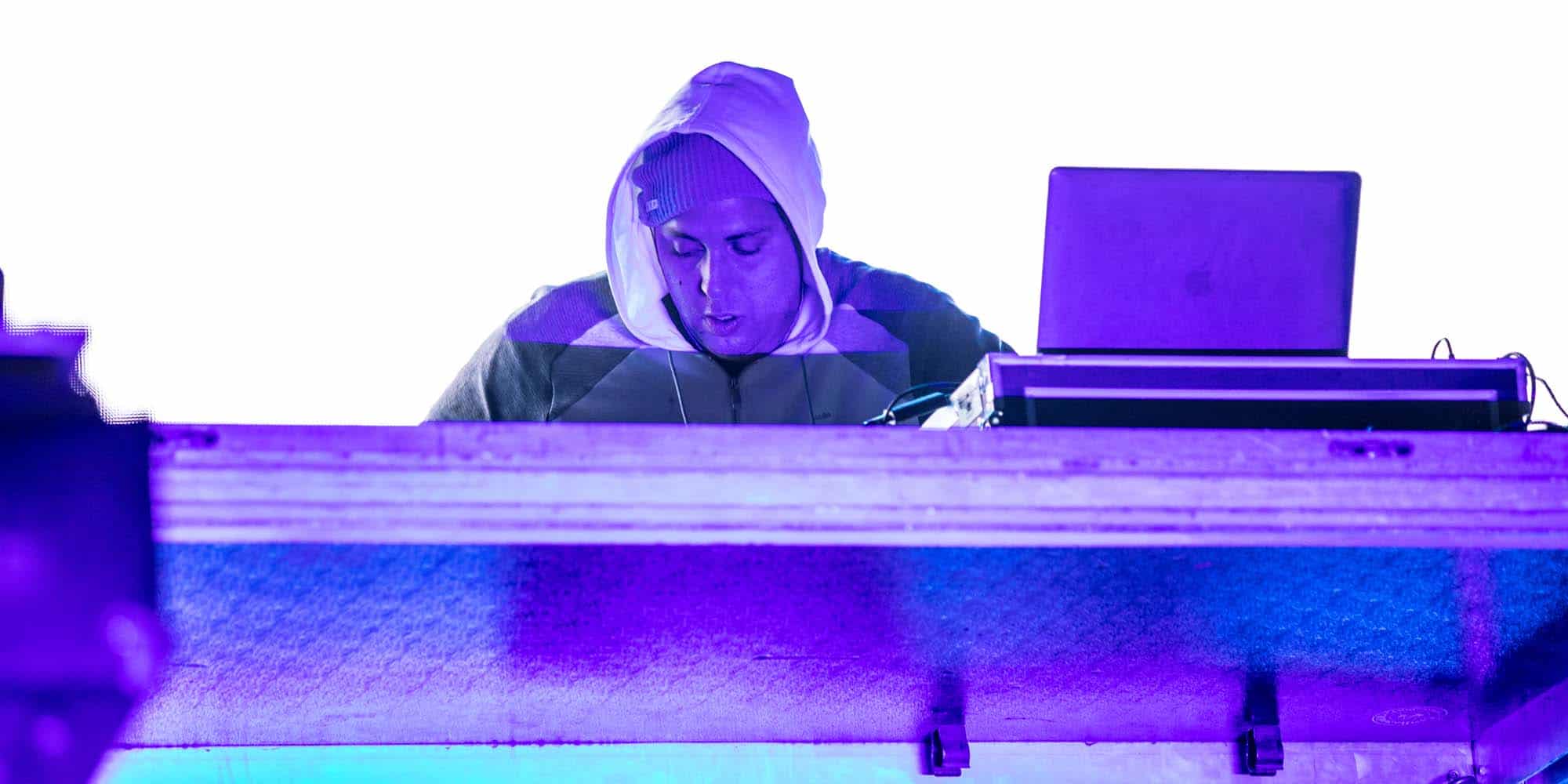 Overall, day one had a good mix of electronic music that was genuinely enjoyable even for someone who doesn’t frequent the EDM scene. The event as a whole could be a bit smoother with a few ticketing and entry issues, but it’s expected for any newer production at this scale. As far as festivals go, having one indoors with real bathrooms, food, and water refill stations is a dream come true.