The second night of Snowta NYE started out slowly before picking up speed around 10 O’Clock. First arriving, I walked around the two main stages as I begun people watching and getting a feel for the atmosphere. Between pockets of people doing light shows while others head-banging to the music, you could find others scattered across the floor, conserving their energy for whatever set they were looking forward to next. 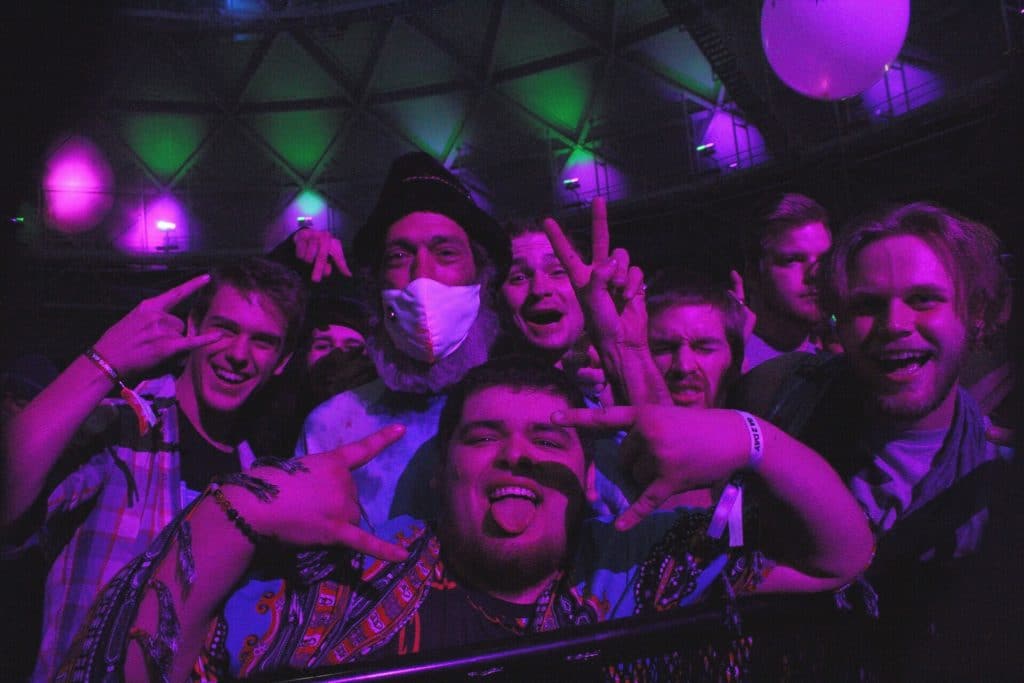 Outside the stage area, Snowta goers bustled their way through the hallways, waiting in line for bathrooms, concessions, or even just trying to get at one of the water stations. This was a full blown indoor music festival! 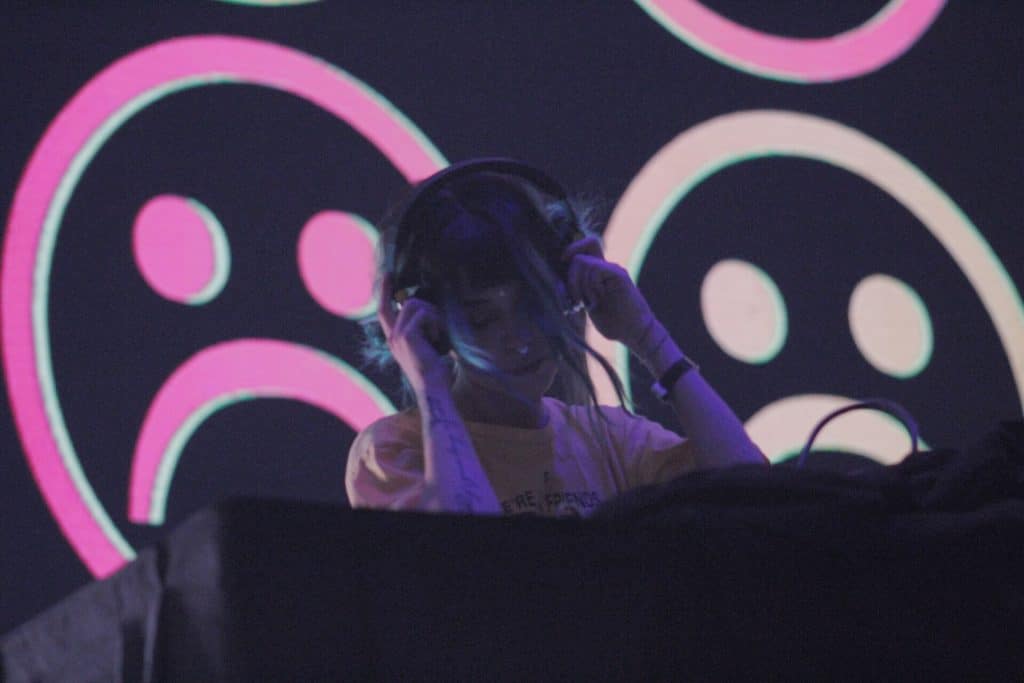 Amber Giles, also known as Mija, who played on the Snowta Stage, stuck out the most to me. She’s an American DJ, originally from Phoenix, Arizona, Mija came up in 2014 after playing with Skrillex. Though Mija didn’t interact much vocally with the crowd she had a killer stage presence, that the crowd loved. I will definitely continue to listen to her after this. 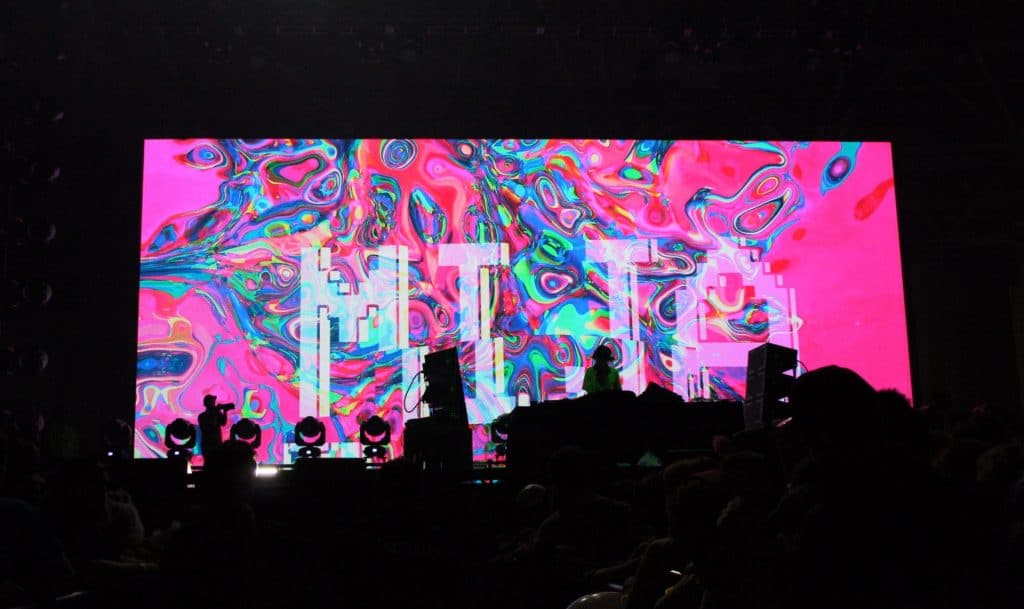 Twin Cities-based, Jon Wayne and the Pain’s mix of reggae and dubstep paved the way for Wookiefoot’s psychedelic circus on the Gray Duck Stage. Wookiefoots wide array of instruments and performers made it fun to watch but it wasn’t really my cup of tea. 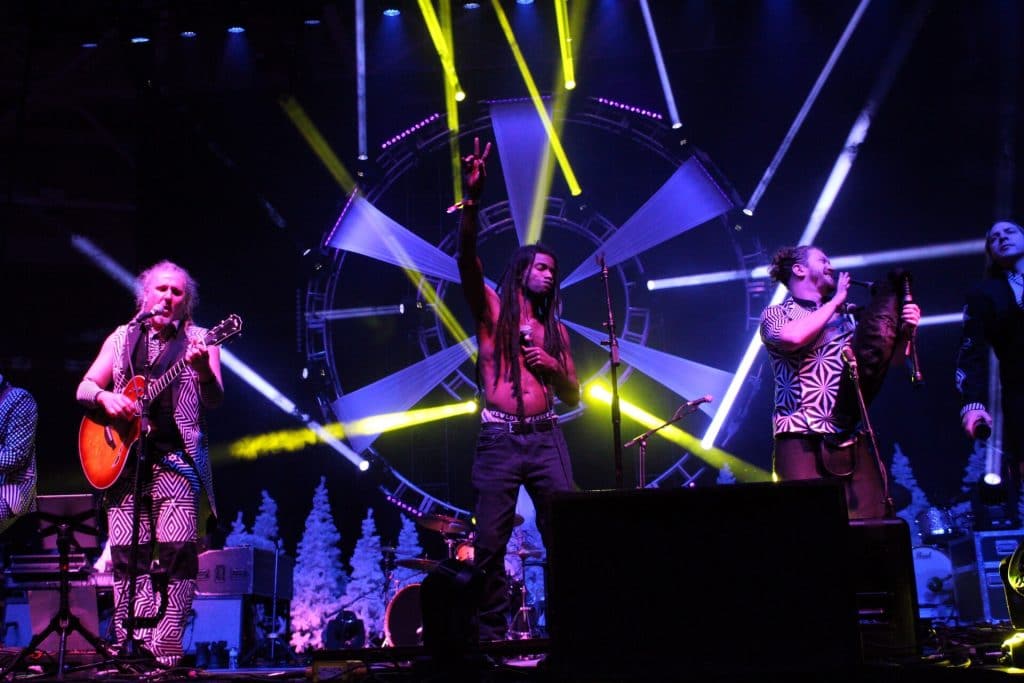 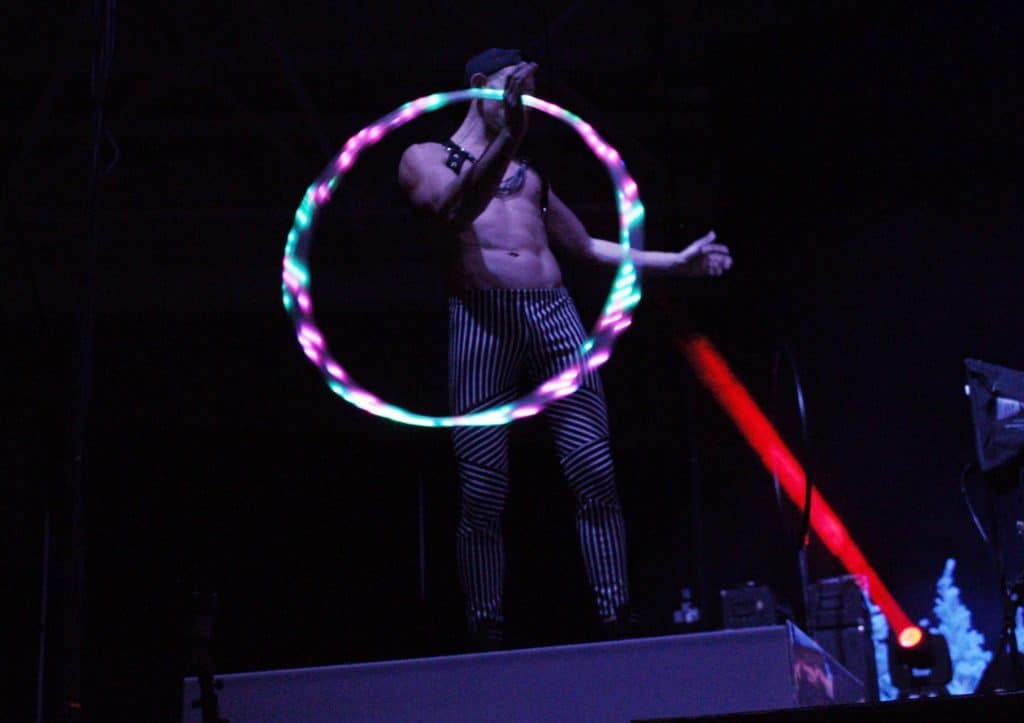 Towards the end of the night, Snowta goers were saving their energy for the final act, Excision. Many were sitting on the floor resting, while others were hooping and giving light shows during Ganja White Night’s set. He was still able to maintain good energy from the crowd and keep the hype going. 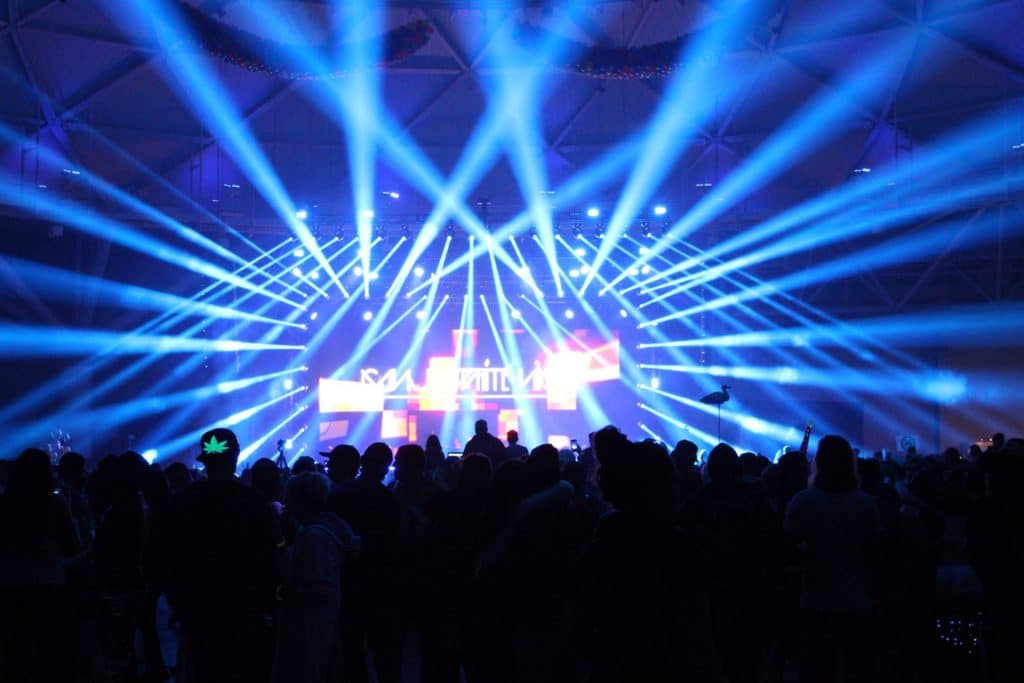 Excision started the year off right. Confetti, balloons and sick drops. The 30-second countdown to midnight happened in the blink of an eye. One second I looked up at the backdrop and it was at 24, the next balloons were popping all around me – It was fantastically overwhelming. 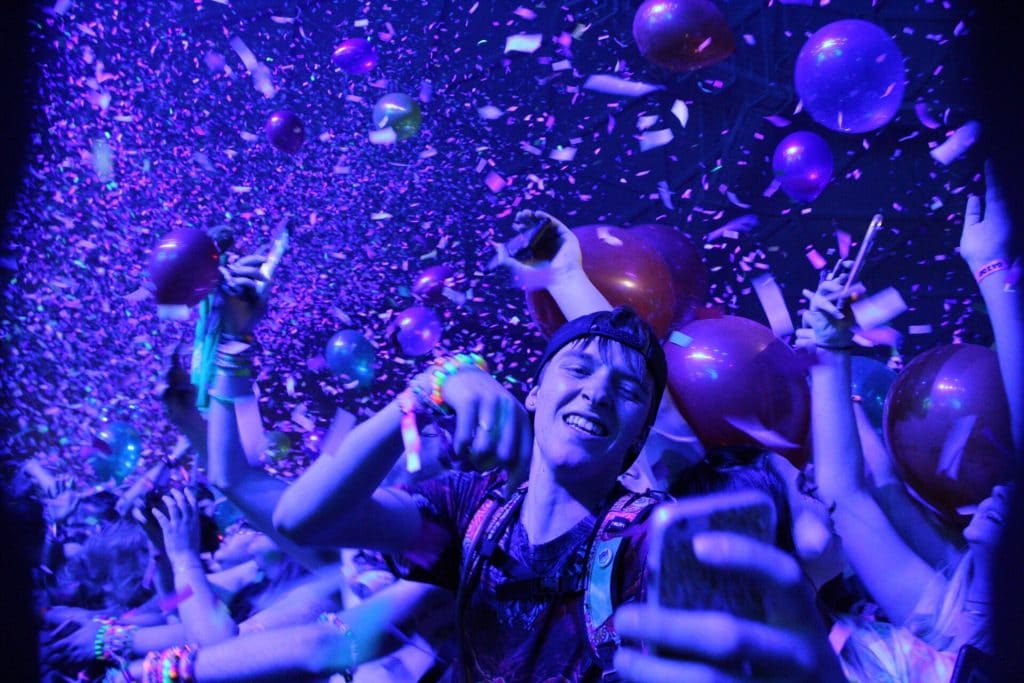 Being that close to the stage, feeling the music in my chest, seeing fans happy and being able to capture some of that is a feeling that I can’t quite describe. 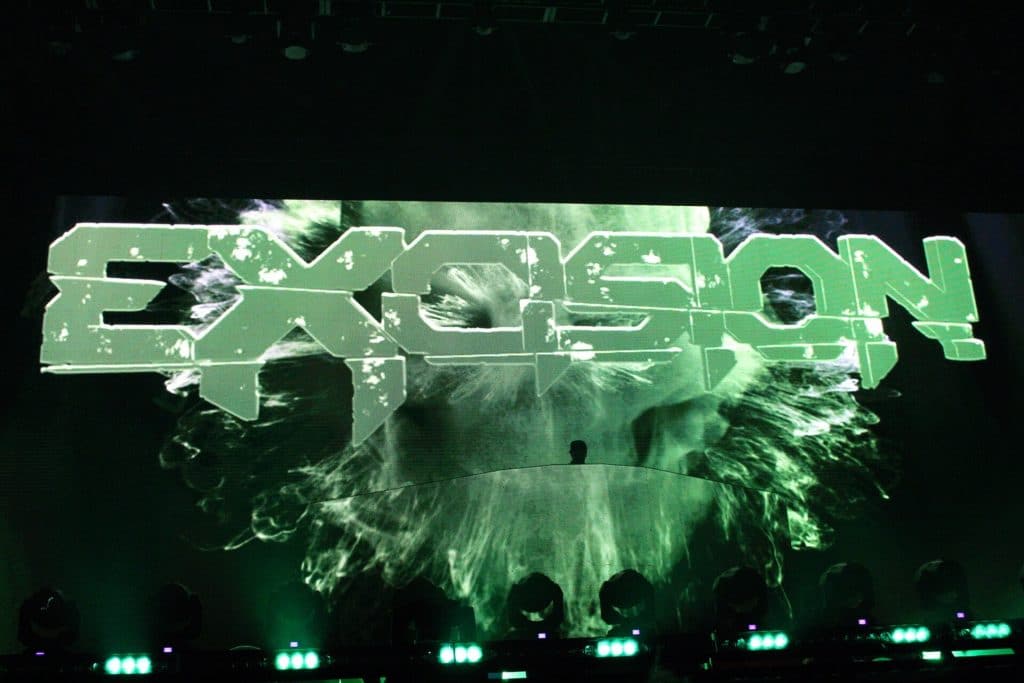 Excision’s graphics were something to talk about—dinosaurs, and robots, and Harambe, oh my! 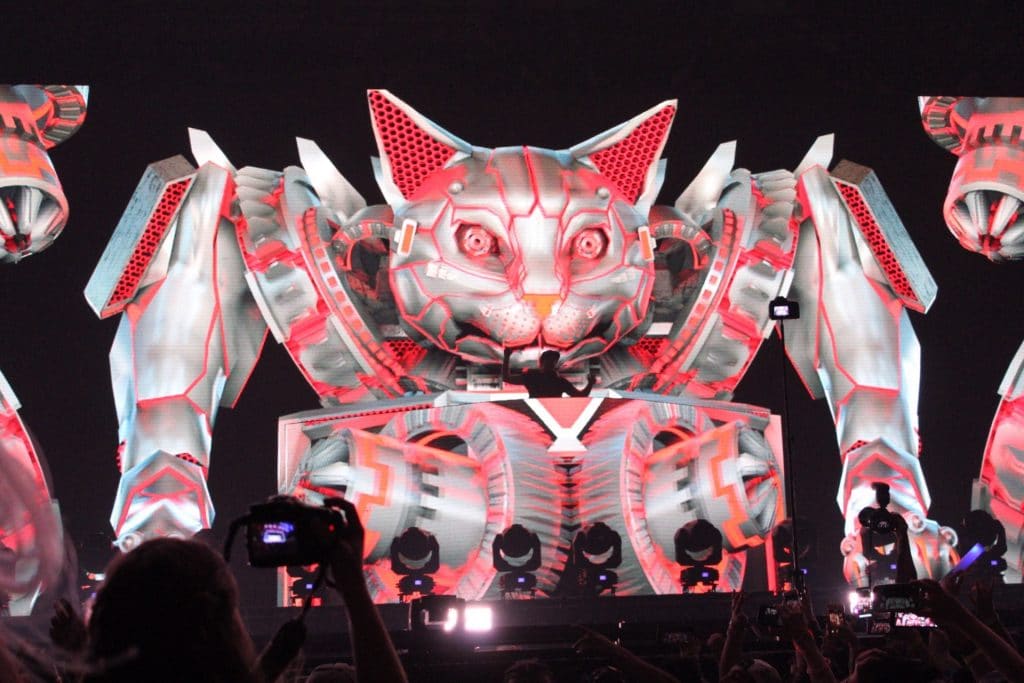 I thought Excision did an excellent job bringing in the new year. Despite a few shortcomings, Snowta NYE 2017 was pretty good!