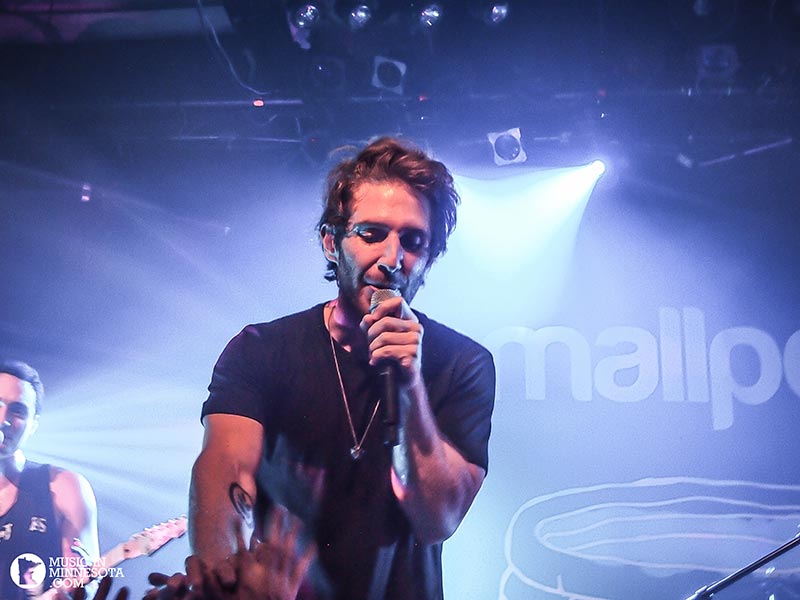 Smallpools guitarist Mike Kamerman remembers when he was able to play Warped tour at the age of 16 years old. Mike’s previous band unfortunately had their set at the same time as Story Of The Year, who were very well known at the time. As they were playing, Mike and his bandmates had a pretty good crowd in front of them, but not everybody knew Story Of The Year was playing on a separate stage.

During their set, Mike then made the mistake of grabbing the microphone and saying “Thank you for picking us over Story Of The Year!” The crowd then bolted for the stage in which SOTY were playing on, and left Mike’s band with footprints of where the crowd had once stood.

This time, as the guitarist of Smallpools, Mike confidently thanks their fans for choosing them over Bastille, who happened to be playing a concert in Minneapolis on the same night, just miles away from The Varsity Theater. Strangely enough, Mike’s previous band was called Rookie Of The Year.