Walking into the Xcel Energy Center for the first time is an amazing experience! ‘People watching’ at it’s finest. Fans screaming for Shania to come on stage before the opening act even started. It was a party atmosphere all night long, not just for two this time, more like 15,000 screaming fans.

Starting out the night was a guy named Bastian Baker, and even he admitted most people in attendance have no idea who he was. He put on a tight, small acoustic set while making reference to Switzerland (his home Country) the Minnesota Wild’s Nino Niederreiter. Baker would later come back to a much more receptive audience as he played Guitar and Sang “Party For Two” in a duet with Shania Twain.

Now onto the Main Attraction: Shania Twain! No expenses held back for this party. No this wasn’t just a concert, it was a show. A show with full theatrics, singing an dancing. The show was fantastic and sometimes seemed a little over the top, featuring what appeared to be 5 rotating cubes with hydraulics, everything else moved in and out of rotation including all the great dancers, background singers, guitars, and fiddle. Even the drummer disappeared at times. It was absolutely amazing watching the fluidity and quickness in which all things moved.

It was a party atmosphere for the whole night except on two occasions, one being the song “Poor Me” off the new Album Now. Definitely a beautifully written song and one of her deeper tracks in recent memory. The second moment came on the song “Soldier.” Shania dedicated the song to and thanked all the military men and women for all their hard work and service. This was probably my favorite moment of the night, as Shania cascaded through the air, singing all the way to a small backstage. 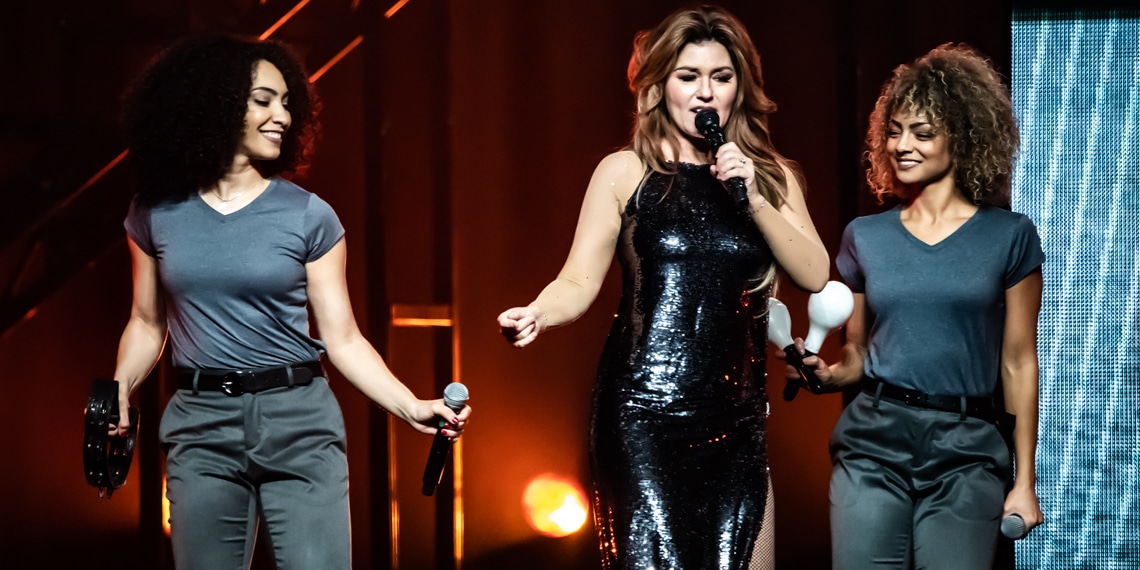 The rest of the night was hit after hit. Shania had the whole crowd eating out of her hands. The Country Queen still has that ‘wow’ factor, and as far as her voice goes— she was great last night as opposed to a few years ago when she missed several notes and at times seemed overwhelmed. Not tonight though, everything she sang tonight was gold.

The nearly two-hour set featured nonstop hit after hit, whether it was early on in the night with songs “Up!”, “That Don’t Impress Me Much,” “Any Man Of Mine,” or the ever-popular sing-along ballad song “Your Still The One.” They all had everyone out of their seat for most of the night, dancing and singing. I’m pretty sure Shania didn’t need to sing on half of the songs, the crowd was that into her and would’ve taken over if given the chance. Only one person I know has more of the crowd singing along at his shows, and that honor would belong to one Mr. Garth Brooks. That is some mighty fine company to be in. 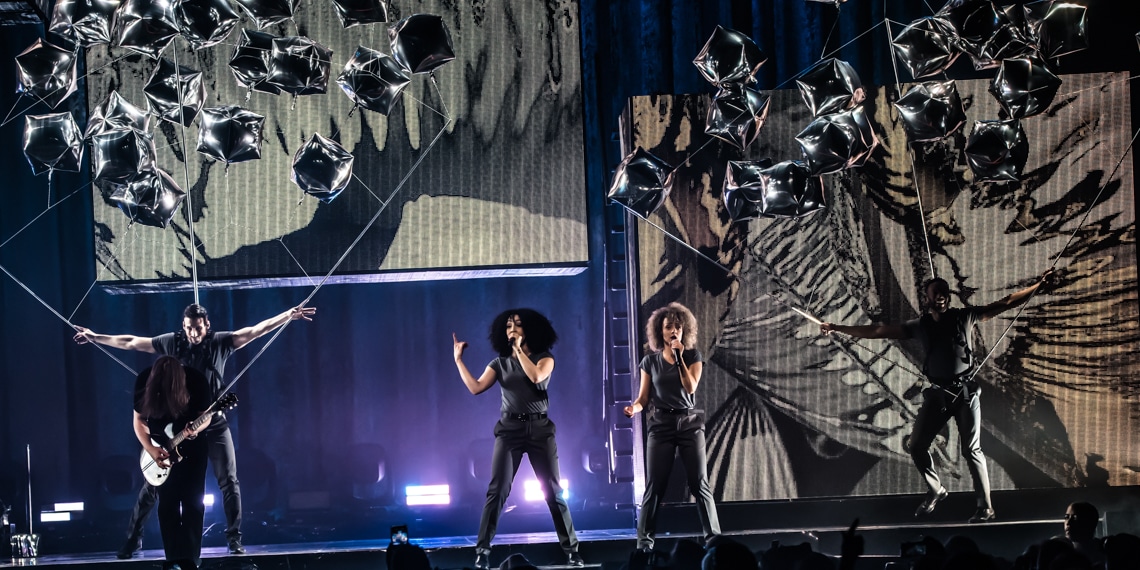 The night, as expected, ended on a high note. Bastian Baker came back on stage and found the audience in a little better attention while he sang “Party For Two” and “Swingin’ With My Eyes Closed” with Shania.

The encore included the hit songs “Man! I Feel Like A Woman!” and “Rock This Country!” with strobes and lasers bouncing everywhere and streamers and confetti shooting off. The only thing missing tonight would’ve been the Pyrotechnics.

When Shania comes to town, you can expect a big performance with an equally big show! She makes sure you walk away from the show, more than likely still dancing and singing, and you know that the money spent was returned with one great performance. If she didn’t have your attention to start, guaranteed she does now.