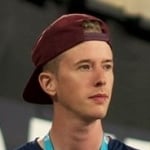 Why your kids shouldn’t listen to The 1975

“Your children were given brain for a reason, and one of them is realizing what is good and what is bad. And if your child starts doing drugs because a band sings about it, I’m afraid your child is retarded.”

Answer: Then everybody must be retarded. Everyone out there has taken at least one thing they loved about someone they looked up to, and made it their own. Whether it be a hair style, clothing choice, ect. I myself became a musician because I saw someone else doing it. My first concert I ever went to, the performer blew me away. I wanted to be him. I was 18. I went straight to wearing women’s pants, (because thats what he did). I ripped holes in the knees, I pierced my lip, and grabbed a guitar. Luckily, the artist I looked up to that night showed me what a true public figure should look like. Someone who inspires their audience, and leaves a positive impact on their fans. I still hold a memory of that night 10 years ago, and many others will remember how Matthew presented himself at his concert in Minneapolis this year.

“And please do your research properly, because the article is a pure disaster. All cons? A thinking person does not listen to an article that only bashes the object.”

Answer: I watched and read many interviews with Matt and the band before writing this article. It’s not all cons here. The music is catchy. I cannot deny that.

Answer: Thats great! Does he know of the physiological work he’s doing on his fans?

“You embarrassingly bashed a band that you have no clue what is all about, simply because you’re a prude”

Answer: Nope, not a prude. I like sex. I like drugs, and I also like alcohol. I would love to do all three things everyday. But thats not why we are here on this earth. We are not meant to succumb to whatever makes us feel good. It makes us bad people. I know that from actual experience. I am a musician, and I strive to write songs that give people inspiration, and I also strive to keep addictive subjects out of my lyrics, as I know what power lyrics have on human beings.

“Just wait until the fangirls come”

Answer: Bring them on.

“First of all I’d like to point out that the band never obliged or told fans to listen to their music, drink, smoke or do drugs.”

Does Haley Williams of Paramore tell her fans to die their hair orange? No, but thousands of teenage girls did, because she did. Monkey see, monkey do.

“Yes, they should be a bit more careful about what they do in public because fans may think it’s okay to do it too”

“In a society where the education received at home and especially the education given in schools doesn’t teach children how to think, how to analyse situations and make decisions for themselves, are musicians that are simply talking about their lives and that do not fear to be who they truly are when in the public eye really the ones who should be blamed?”

Any teenager who does not get a proper lesson from their parents about these potentially life ruining addictions is in real trouble. Matt is the perfect example. The perfect example of what not to become. The only problem is, everyone wants to be him. The blame is on the parents who dont inform their children. The blame is on the children who have been taught, but refuse to take solid advice, and experiment with the substances that have been labeled forbidden for a reason, and the blame is on the public figures who hold those substances in their hands, while singing about it.

What we see and hear on a daily situation affects us psychologically. Commercials, Movies, Magazines and Music especially. Coca Cola pays millions of dollars to have a placement in movies for a reason. Although you may not realize it, the music you listen to shapes parts of who you are, and the decisions you will make as you grow into adulthood. “We admire Matty and the rest of the band because over the years, they’ve actually stopped doing the more serious drugs.”

Answer: Yes, that is great to see them leaning off more serious drugs. So we say, “Congratulations guys! You’ve gotten this far, but the “less serious drugs” are fine for you to use. Promote alcohol, promote sex, as long as you aren’t doing heroin, it’s all good.”

“Us teenagers are aware of the drugs and alcohol out there. We, usually, aren’t looking for a way to get high.”

Answer: I’m beginning to believe that I’m talking to one of few smart kids of this generation, but then again, you must be completely naive. Here are some facts for you…

1.) More teens die from prescription drugs than heroin/cocaine combined. (Matt showcased his Hydrocodon prescription drug in his music video “Girls”, with bright pink and red pills spilling out, practically luring kids in. I’ll even admit, those pills look very appealing in their color.

2.) Adolescents are engaging in sexual risk-taking behaviors at an earlier age, often before they are developmentally ready to deal with the potential outcomes. Data from the 2005 YRBS indicate that 6.2 percent of high school students engage in sex before the age of thirteen.

3.) Children and adolescents are exposed to indirect as well as to explicit, sexually oriented media marketing that sells everything from soda to candy to male body products. Still, virtually no attention has been given to the ways in which the sexual content of advertising may shape adolescent sexual behavior.

4.) Radio, CDs, and tapes make up 17 percent of teens’ total daily media exposure. On average, adolescents listen to music between 1.5 and 2.5 hours a day depending on their age. Adolescents aged twelve to seventeen were asked about about sexual knowledge, attitudes, behavior, and demographic and psychosocial variables known to predict sexual behavior or media use. They found that adolescents who spent more time listening to music with sexual content were more likely to initiate sexual intercourse and to progress in their noncoital activity than those who spent less time. That finding held up even when researchers took into account eighteen other predictors of sexual behavior.

“They’re incredibly smart, influential young men. (lol yes, meaning it’s not all about drugs, sex and alcohol!)They should be appraised for their attempts to bring attention to situations going on in the world.”

Answer: Yes, I completely agree. They are very educated. They have a realistic view on the worlds problems and it is beneficial to many that they have the opportunity to share their thoughts with so many people. I don’t know what you’re referring to when you say “it’s not all about drugs, sex, and alcohol.” If “it” meaning they as people? Correct, they (as people) are more rounded than just their addictions, duh. If you mean “it” as in their music, then I disagree. That is ALL their music is about; a collection of Matthews life stories, written in a pop song. Bad ideas, made to sound like fun to the listener.

There are plenty of great artists that lead positive lives in the eyes of the public and many bands offer a positive message as well. I’m not saying all music should be 100% clean. There is plenty of room to express pain and sorrow.

Everyone has their weaknesses, but not everyone has to flaunt them. I would rather hear about an artists’ struggle through his lyrics, and then watch him overcome those struggles by living an awesome lifestyle. I want inspirational figures to affect the population, not spread the disease of what is addiction and excuses.

Matt, Thank you for sharing your opinion. However, I was hoping for better reasoning as to why your vices appear in your performance. You say your habits are your “method to find solace in the chaotic life that you have been leading.” Well, isn’t that is the number one reason why anybody indulges in alcohol, drugs, and ect? There are people very close to me that have dealt with deep loss, but they did not succumb to an addiction. Are you saying the life of a pop star is harder to deal with than loosing a child, a mother, bankruptcy or homelessness?

Could it be your life is so “chaotic”, you can’t even put down a bottle of booze and a cigarette for 60 minutes? Are you so distraught, you can’t stop drinking for the moment you are in the eyes of your fans? You’re a walking billboard, Matt. You feature these items in your show like it’s written in your set list. Marlboro may as well be your sponsor. It is a decision you make every night, to bring that bottle on stage and to pause in the middle of your set to light up a cigarette. Matt, although you are incredibly educated, you are weak without self control. And every one will follow, with an excuse on hand.

I apologize for the grammatical errors you seem to have spotted. This was one of my first articles ever written, and I imagine I will become a better writer as I continue. Thank you for giving me the opportunity to practice.

Thanks Calvin 🙂 It was a good time talking with him!