I walked in to the newly re-opened Varsity Theater to find the Live Nation buyout provided them with a real ticket window and beefed up security, but kept the charm of the original space. Although it felt more “corporate,” it was good to be back to see my favorite Danish boys, David Boyd (vocals) and Soren Hansen (guitar/piano/backup vocals), and New Yorker Louis Vecchio (drums)- collectively known as New Politics. 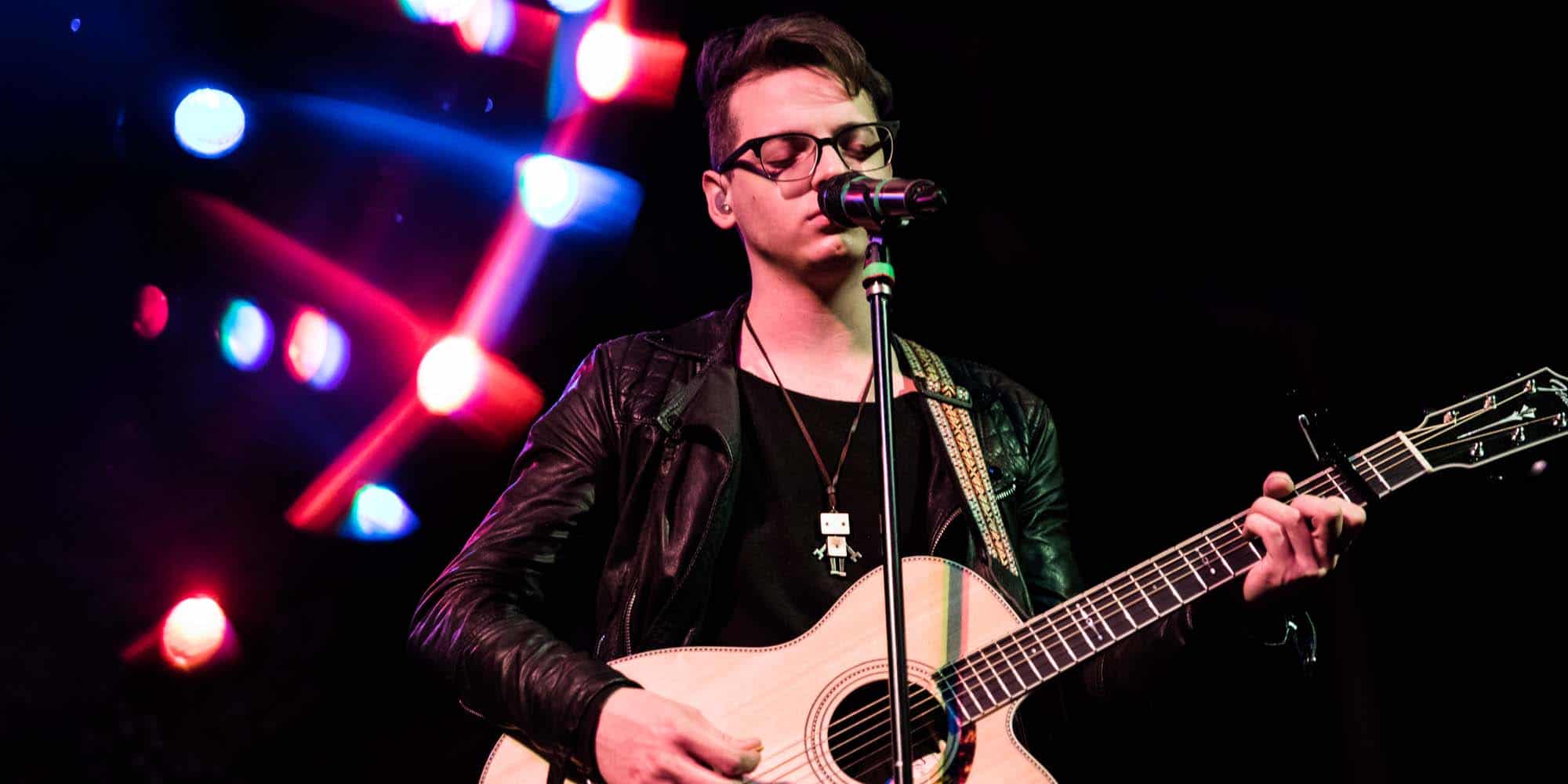 Unfortunately the room was moderately empty when The Wrecks took the stage. The alt-rockers opened the night with high energy but shaky vocals. They highlighted their brand new EP, Panic Vertigo, released on the 16th, and closed with their 2017 single, “Favorite Liar.” Most fans seemed to be familiar with the tune, though frontman Nick Anderson’s voice barely made it through the dynamic intervals. The five-piece band had a bit of a messy, DIY feel, but it fit their sound appropriately. 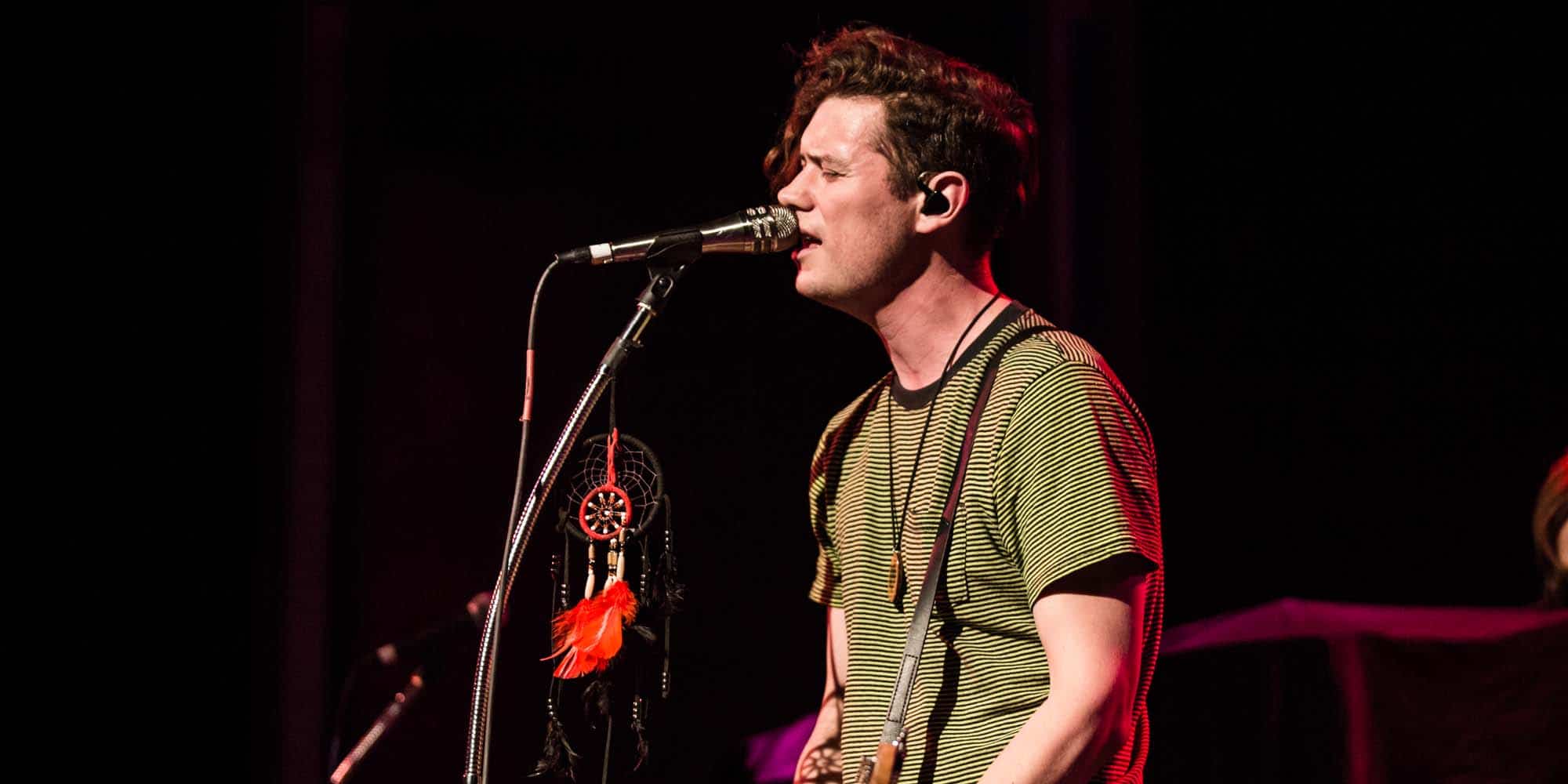 New York natives, DREAMERS, were up next. They kicked off their set with their 2017 single, “Wolves (You Got Me),” and had a solid group of fans in the front row singing along to every word. The trio boldly covered The Cranberries’ iconic “Zombie” with an indie spin and executed it well. Naturally, they closed with their most notable song, “Sweet Disaster,” which has gained over 17 million streams on Spotify. Their performance was enjoyable but somewhat generic. 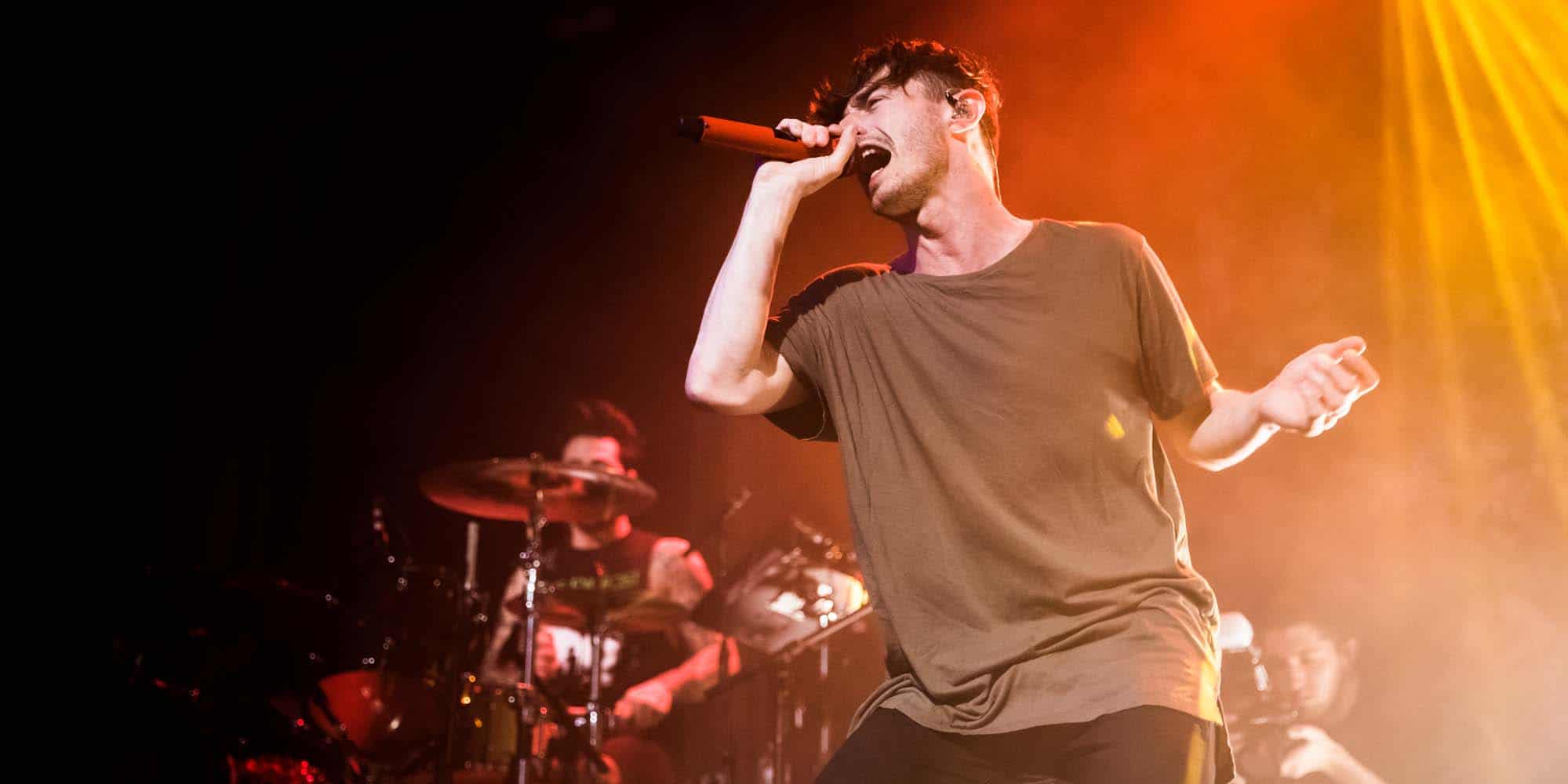 I was impressed with the timelines of the show as New Politics walked out right at 8:00 PM. The Thursday night crowd was still relatively thin which I found surprising since they’ve toured with heavy-hitters such as Twenty One Pilots, Fall Out Boy, and Paramore. 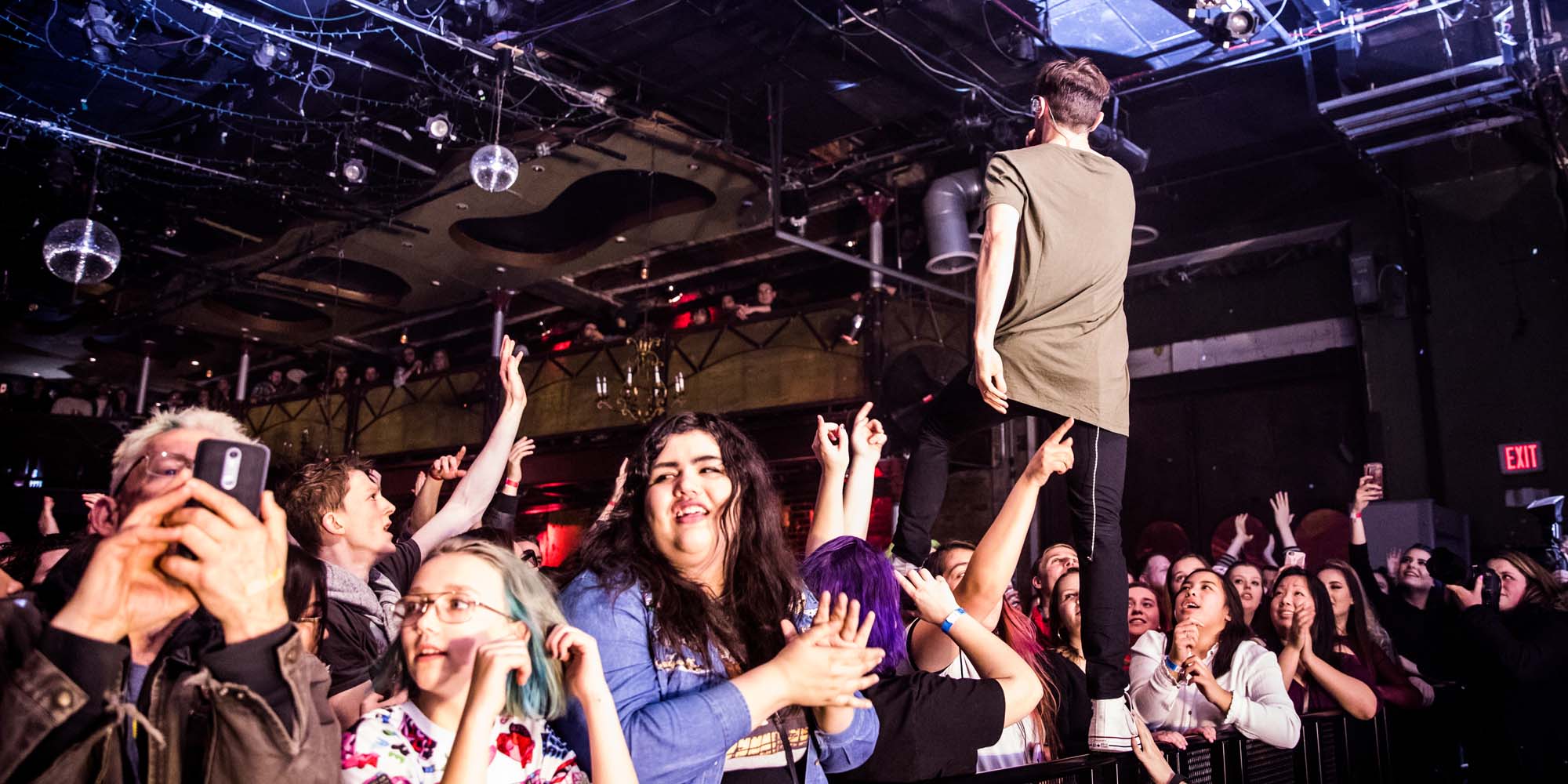 They opened with “Istanbul,” an upbeat track off of their latest album, Lost in Translation, followed by 2015 single, “Everywhere I Go (Kings and Queens).” Boyd’s live vocals are hit-or-miss, but his showmanship and stage presence always compensate for it- he conquered the stage and seemed to interact with every fan in the room. 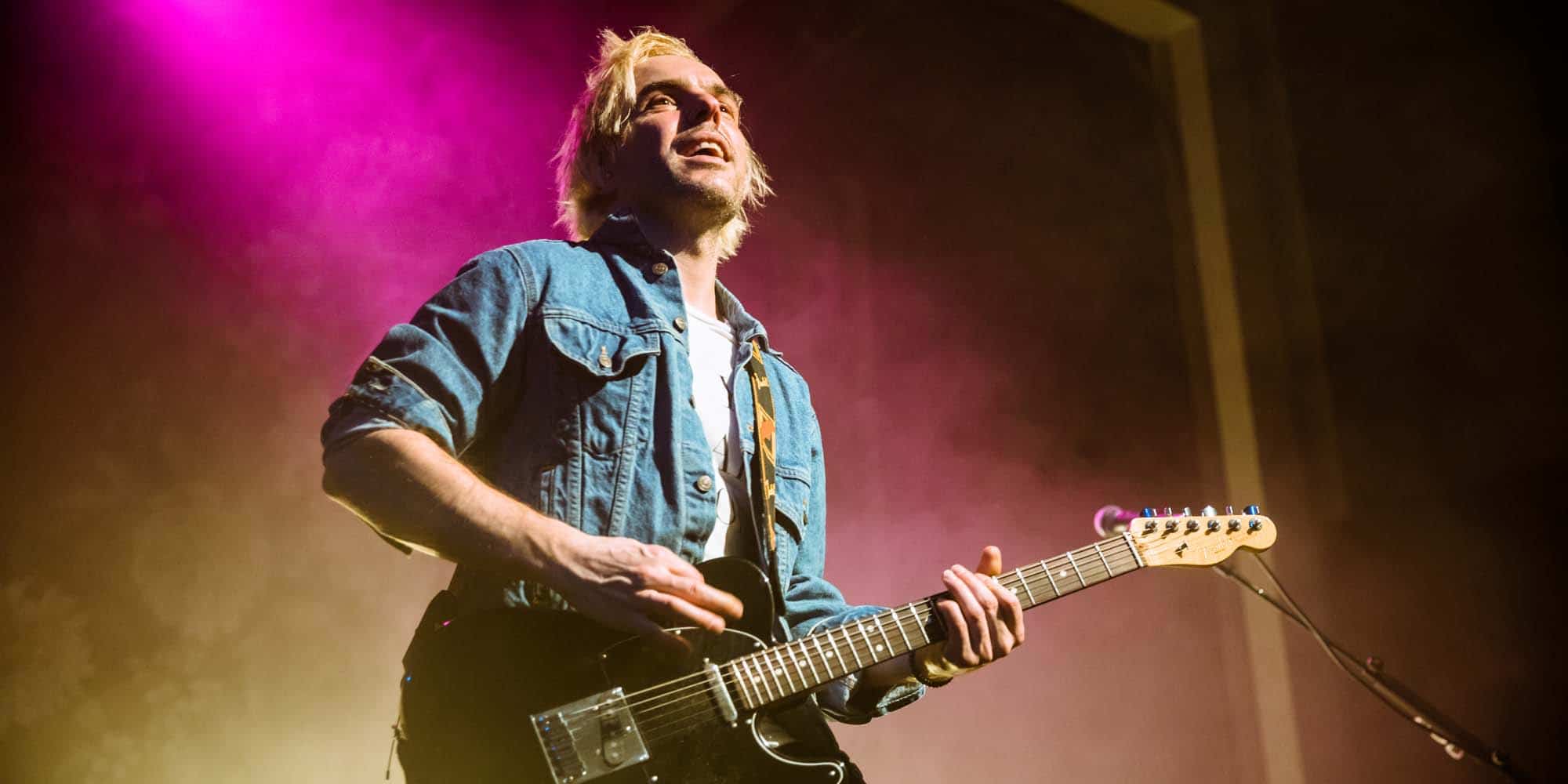 Hansen took to the piano for the jaunty “Madeleine” and mellow “Stardust” before belting out the 2013 favorite, “Berlin.” His powerhouse vocals and delicate piano riffs wowed the audience as their set wound down. 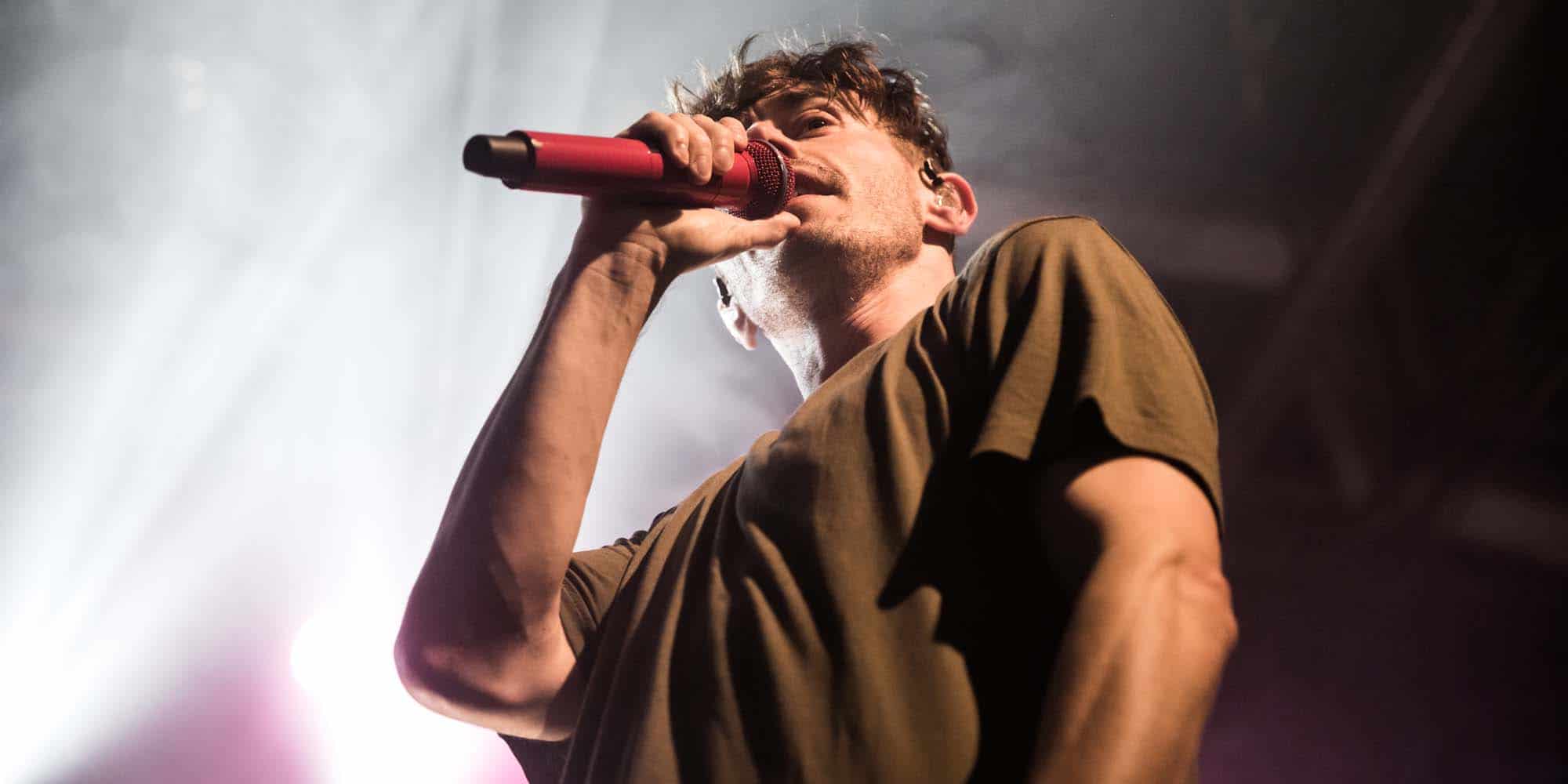 Boyd flaunted his dance background during “Harlem,” backflipping off of Vecchio’s drum set and breaking dancing for a few bars while the crowd cheered him on. He took the time to thank the audience for letting them live their dream before quickly wrapping up their encore of “Pretend We’re in a Movie” and “Yeah Yeah Yeah.” 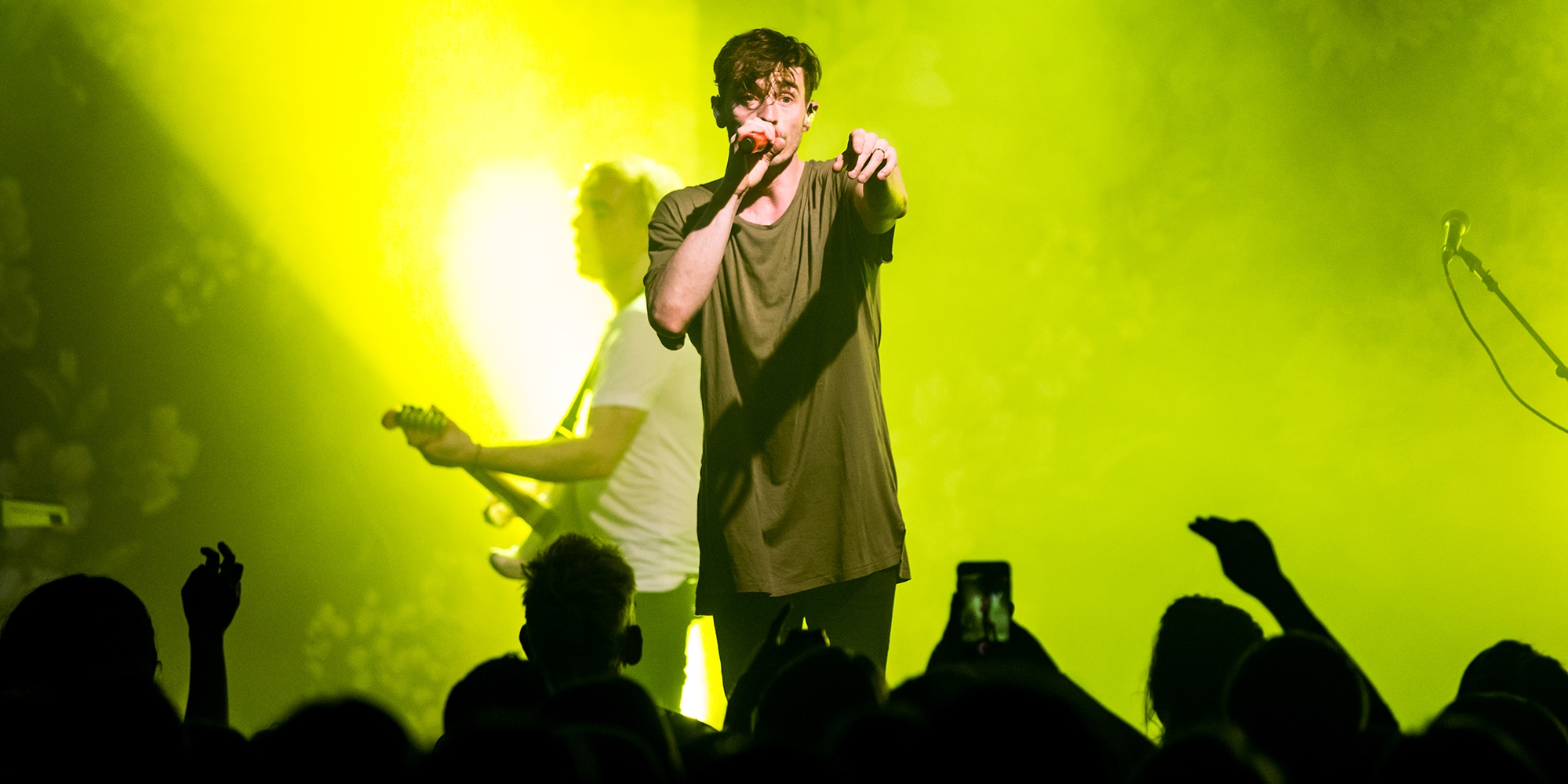 New Politics always puts on a fun show and it was an absolute pleasure to see them again. Listen to Lost in Translation here and find tickets to upcoming shows here.