If you allow yourself to, it’s easy to love Kiss.

Their first seven albums contain some of the best, purest rock n’ roll of the ‘70s. The original lineup of Gene Simmons, Paul Stanley, Ace Frehley, and Peter Criss were each solid musicians (and, in the case of the first three, effective songwriters).

Paul and Gene soldiered on with the band after Criss and Frehley’s erratic behavior became too much for them to handle. Though at times they became something of a caricature, it’s clear that Stanley and Simmons genuinely love playing music and the entire Kiss (psycho) circus.

They’re just a simple, fun rock band. Their big songs and singalong choruses get directly to the spirit of rock n’ roll.

The problem for snobby critics and fans is Kiss’ image. Everything is extravagant, from their clothes to their stage presentation to their music. All that is off-putting to people who take themselves too seriously. 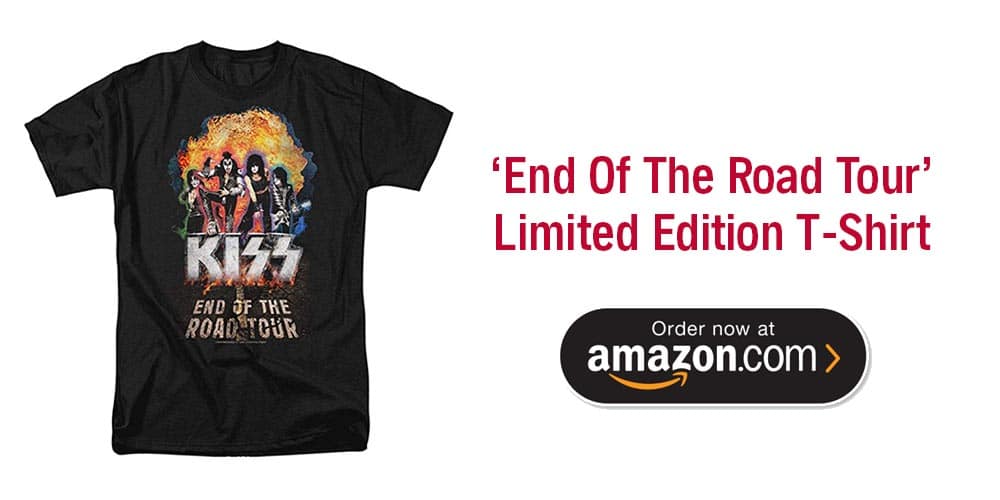 Who they are is completely transparent. They are the most unapologetic band in rock history.  Again, critics and music snobs who take themselves too seriously can’t handle it, but that’s their problem.

Ironically, the problem with snobby critics is that they have an image that they are forced to keep up, an image that doesn’t even allow them to consider liking Kiss, whether they would or not. Their free will has been taken away from them in a very real way.

Because they want to be seen as “serious” they prop up okay bands that are artsy (like the Talking Heads) and even some whose music is mostly objectively bad (the Velvet Underground) to keep that image. In that context, they have to hate Kiss.

Fortunately, we aren’t rock critics and music snobs, right? So we can love Kiss.

The extravagance of a Kiss show

It is easy to forget that Kiss pioneered many aspects of a rock show that are now so commonplace that they are taken for granted.

Pyrotechnics, elaborate stage designs, extravagant outfits, fervent crowd interaction, and staged “parts” that highlight the different members are only some examples. Alice Cooper was the only other rock act that did anything like this prior to Kiss.

All of it was gloriously on display at the X for their End Of The Road Tour: Gene Simmons’ iconic bass solo and fire-breathing, Tommy Thayer’s “Space Man” moves, drummer Eric Singer’s solo and piano feature “Beth,” and Paul Stanley frantically running around the stage and interacting with the crowd. At one point, he even glided through the air to a mini-stage in the middle of the arena.

The song selection was pretty standard for a legacy act like Kiss, which isn’t necessarily a bad thing.

They covered almost all their biggest hits, from 70s classics like “Detroit Rock City,” “I Was Made for Loving You” and (of course) “Rock n’ Roll All Nite” to big, magnificently overdone 80s singles like “Heavens on Fire” and “Lick it Up.”

Kiss standards that don’t get as much airplay, like Gene’s feature “God of Thunder,” “Deuce,” and the title track from Love Gun were played and received with equal enthusiasm. Indeed, they are better songs than their more overplayed material.

Hardcore Kiss fans were likely the most happy with essential lost singles and deep cuts like “Parasite” (which has one of the greatest riffs in rock history), “Black Diamond,” and “100,000 Years.” They even unearthed Creatures of the Night album track “War Machine.”

Anybody who watched this show and thought that Kiss wasn’t giving it everything they had were just seeing what they wanted to see. Each member, especially Stanley and Simmons, were clearly having a great time presenting this rock n’ roll establishment that they created. Throughout all the glitziness and lineup changes, they have never lost their love and passion for the music.

Those who don’t see that just don’t like music with guts. Let them listen to the Velvet Underground and Sufjan Stevens and weep in their latte.

A Kiss show is kind of like rock n’ roll heaven.

The straightforward rock of their songs legitimizes the bombastic spectacle. Isn’t rock n’ roll supposed to be fun? Isn’t it supposed to be heavy and in-your-face?

Click here to read 10 Wild And Shocking Facts About The Band, KISS.