Last Friday night in the North Loop of Minneapolis was one for the books for hip hop. After shooting a set at The Garage in Burnsville for Guytano, I hopped over to Minneapolis to see the show at Modist Brewing Company.

Modist Brewing Company is located just a few blocks from Target Field. The spacious warehouse has all the amenities of a brewpub. They seriously built one of the most impressive stages I’ve seen for a local show. Joint efforts of friends of the artists and the brewery brought it to life with an amazing display of effect lighting, sound, and a giant pyramid of shiny new beer kegs. It almost appeared like a crystal palace in the stage fog. The stage itself even had a catwalk that extends into the crowd. A really special treat for a hip-hop show, the experience is much more intimate, and what’s better than a music party in a warehouse? This show was classic and nostalgic. GlamDoll Doughnuts was even there with a table of goodies, and another table of fresh cider with ginger and honey was poured up.

Sophia Eris was on the decks warming up the place, she also hosted the night, and performed a full set to open the show. She is a DJ/MC currently residing in Minneapolis, MN. She is now an On-Air Host for Go 95.3, and also the touring DJ for the newly Atlantic Records signee, Lizzo. As a solo artist, she represents her crew GRRRL PRTY.

Next was Twin Cities’ own rap “hellion”, Manchita, accompanied by local legendary producer Bionik, on the beats, guitar, and percussion. Manchita is seriously so amazing. I was a few feet away from her the entire set. Her vocals are impressive. She can pull away the mic and still cast her sound into the crowd, absolutely resonating with complete control. And that wasn’t even her rapping yet. Manchita has bars, believe me, wow. Her songs center on love, loss, and survival. Manchita has worked a lot lately with group projects like Tha Clerb (Mike Mictlan, Lizzo, Spyder Baybie Raw Dog, and 2{a43c2147d37bcf8b898f59ebaaf066dc60bd9fbfc7430ae40ed3f9adbaab469e}Muck) and more recently, GRRRL PRTY (Lizzo, Sophia Eris, DJ Shannon Blowtorch). Manchita was quite entertaining even between songs, she’s really funny, as well as confident, and sensual and expressive in her performance. She just released her first solo EP. Check it out! 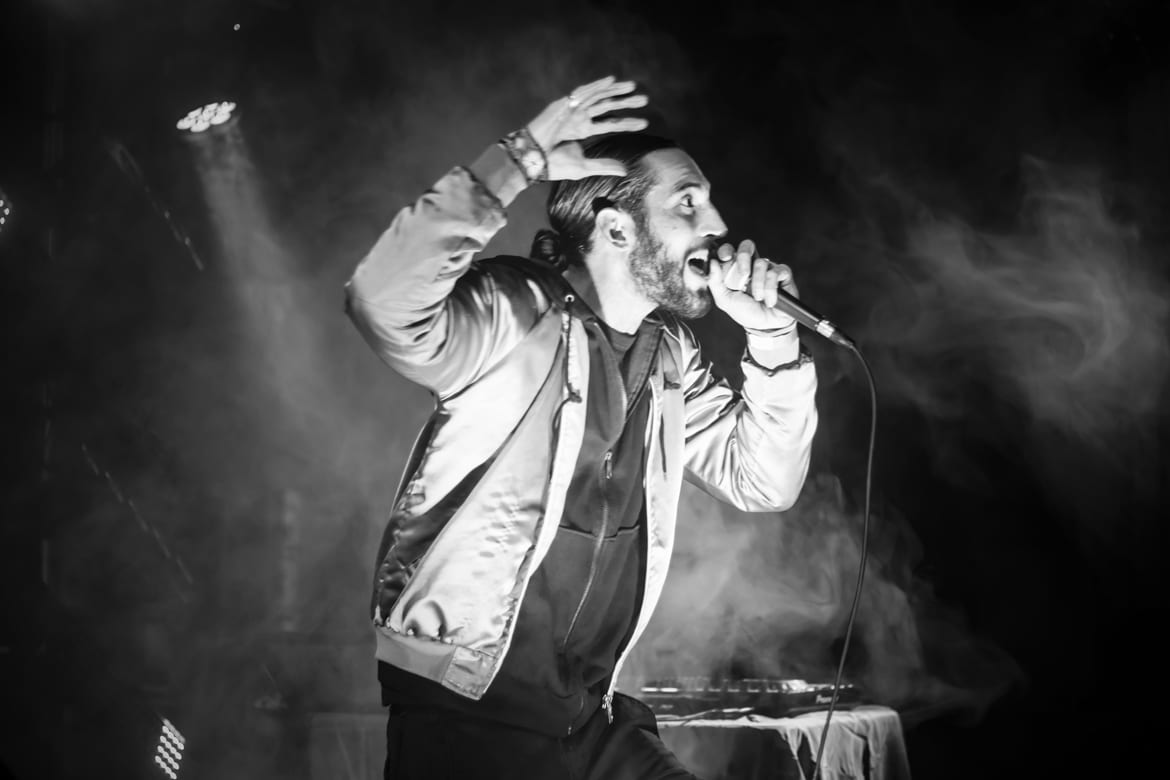 Kristoff Krane headlined the evening. He’s a Minneapolis based rapper known for his stream-of-consciousness approach to writing and freestyle. Krane was frontman with Micheal ‘Eyedea’ Larsen in Rhymesayers’ freestyle group, Face Candy. Kairos is his new two-part album with music by Graham O’Brien. As soon as Kristoff Krane began, the mood was set, and the party moved to the front of the stage. A rare and amazing show was to behold. I really hope I get to see him perform again soon.