Emo bands may not hold as much sway as they did ten years ago, but Citizen is still holding the torch and lighting the way with their own brand of moody rock music. Their upcoming album via Run For Cover Records, As You Please, comes with news of a tour with supporting bands Sorority Noise and Great Grandpa. The final tour date will be November 25th in Minneapolis at none other than the Triple Rock Social Club. 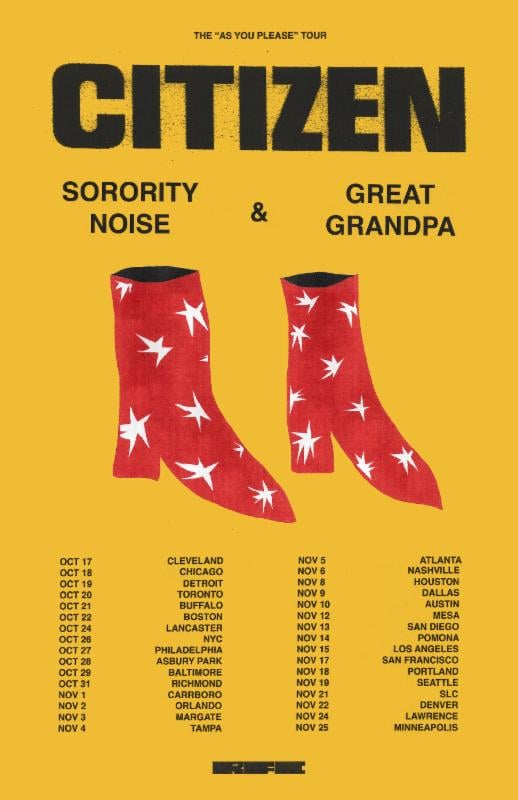 The new record, two years removed from their previous offering entitled Everybody Is Going To Heaven, is much bleaker. As You Please is a confrontational record, incapable of turning a blind eye toward the inescapable strife. And so, songwriter Mat Kerekes pursues the source of discontent that is ravaging his Rust Belt city of Toledo, Ohio with the band’s most dynamic record to date.

The lead single, Jet, gives us just a glimpse into this world Citizen have created on the new record, with a sound Stereogum described as reminiscent of “the moment that Jawbreaker signed to a major label to release their final album, DearYou.” If you’re the kind of person that enjoys visceral rock music that cuts straight to the heart, this is a show you’re not going to want to miss.

Tickets are currently on sale and can be found here.