ZZ Top brought their 50th Anniversary Tour from Texas to the Minnesota State Fair! Along for the ride was Cheap Trick, rounding out a classic, hall-of-fame dual bill to end the Grand Stand Season.

Cheap Trick started the evening with energy and a unique setlist that didn’t feature just the hits, it dug deep with several non-mainstream songs that included “Downed” and a cover of The Velvet Underground’s “I’m Waiting For The Man.”

Cheap Trick’s second half of their 60-minute set consisted of the hits everyone has come to know and love, including “Dream Police,” “Surrender” and the classic rock staple “I Want You To Want Me,” wherein Robin Zander’s voice seemed to get away from him on a couple of notes.

Everyone knows the saying “Everything is bigger in Texas,” well that myth got quashed twice tonight! The first instance occurred when the Lil’ Ol’ Boys, from Illinois, showcased energy that headliner ZZ Top only wishes they had!

The second was in the numbers. The Little Ol’ Band from Texas came to the Minnesota State Fair, a celebration which comes close to the attendance total of the Texas State Fair, but accomplishes the feat in half as many days.

The Texas trio pretty much ran through the same routine and the same setlist they did just a little over one year ago outdoors at Treasure Island! Check out last year’s review here.

Yes, the same routine, the same setlist, and, fortunately for everyone, the same fire blazing guitar work of Billy Gibbons. While Gibbons’ voice isn’t what it used to be, the guitar playing never ceases to amaze, especially on “Jesus Just Left Chicago.”

The parts that stood out most tonight, however, belonged to Dusty Hill on the rendition of “Tush” and the bluesy “La Grange.” 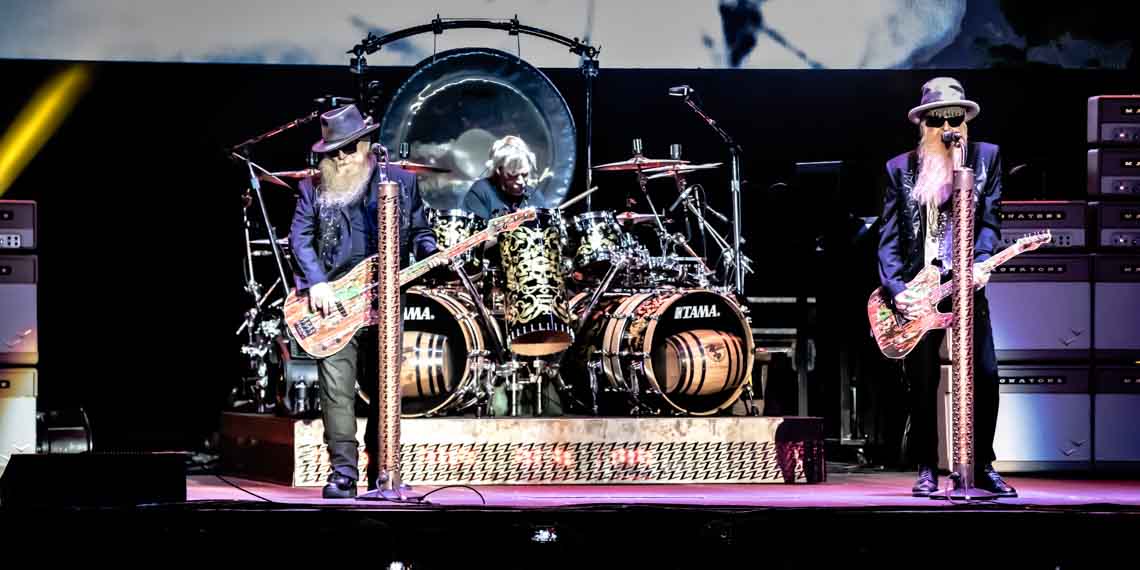 On the last day of the Minnesota State Fair, Cheap Trick kept a couple of tricks for themselves. ZZ Top, on year 50, kept it the ol’ tried and true. Hopefully ZZ Top comes back for year 51, and hopefully they freshen the act up.