Milwaukee, generally known for its breweries, sports teams, and various historical attractions, is also home to something even more worthy of national acclaim. Every summer around the Fourth of July, the Henry Maier Festival Park in downtown Milwaukee transforms into the grounds of Summerfest: The World’s Largest Music Festival.

With nearly a million festival-goers in attendance, they have some serious numbers to back up their claim. The festival spans a week and a half, with music to be found on any of their 11 stages. Acts range from Lionel Richie one night to Billie Eilish the next. It truly is a unique experience. 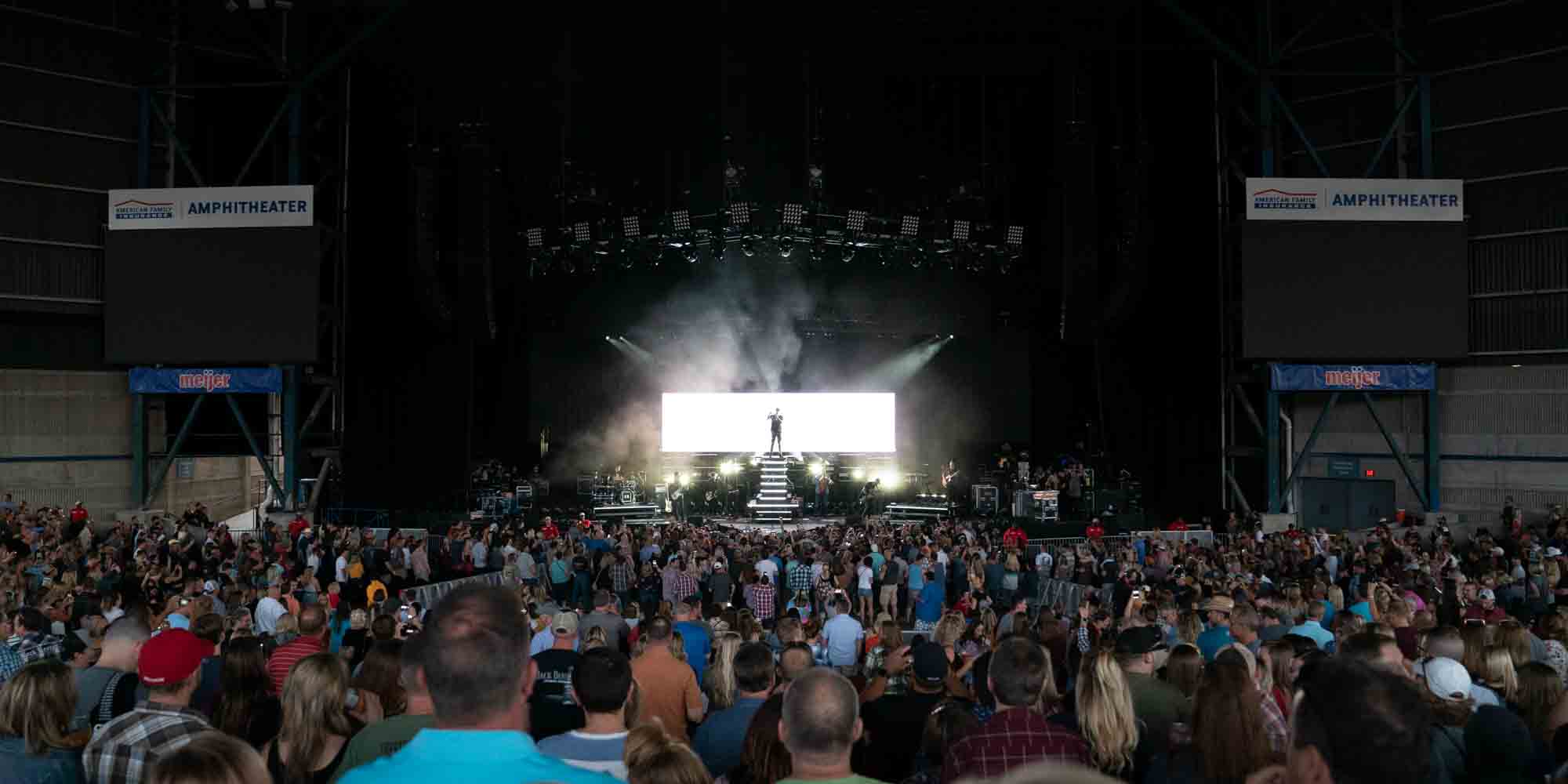 Day One was an EDM-filled night with a few other genres sprinkled in. Bok Nero and Max Styler lit up the Miller Lite Stage, followed by Tisok, Quix, and Steve Aoki. Styler brought House vibes to the stage, while the Tisoki got the crowd headbanging with his own mixture of trap/dubstep. Quix was more of a melodic hipster but still brought hard drops for the audience.

Steve Aoki, renowned for his amazing concerts and high energy, murdered his set, per usual. Other genres were also represented on Day One, as Quinn XCII (a fresh face in the hip-hop game) and Foreigner (a blast from the past) both played their classics.

Day Two brought more EDM to the festival, however, there was much more variety to the genres. Despite the weather looking threatening, the crowd was unfazed and brushed off the ominous, approaching storm clouds.

The rain came and went, and the music didn’t stop. There were a few technical issues due to the rain, but the crowd got back into the vibe right away. The Miller Lite Stage was again filled with EDM, as 12-year-old DJ Dill Pickle rocked the crowd (and threw pickles into masses, of course), Crystal Knives brought great vocals, energy, and more drops.

I meandered my way throughout the festival grounds. I was delighted to come across some calm sounding stages in the midst of the EDM craze. One of those voices was Caylee Hammock. She struts across the stage in front of her band while releasing soothing lyrics from her mouth. I was also excited to watch Christan French, who opened up with his hit song “By Myself.”

The electronic beast/headliner GRYFFIN rocked the crowd and brought major summer vibes to Milwaukee. Only two words to describe what I witnessed: great performance.

Then came the country dominated night of Day Three. Kane Brown and Jason Aldean took on the American Family Amphitheater, which is by far the biggest stage at the festival. Although I wasn’t allowed to watch their full sets, I got a good grasp of the energy inside the booming amphitheater within the first three songs. The sounds from the live band for each artist echoed throughout the empty seats because everybody was standing up, dancing, and having an amazing time.

For a change of pace, I made my way over to the Harley Davidson Stage. There I found an artist I wasn’t familiar with but I ended up being impressed by not only his singing talents but also how smooth he was with the ladies.

His name is Cincere – an R&B artist with big Bryson Tiller vibe to him.

I was impressed to see such a wide variety from stage to stage. I know that the ‘older’ crowd enjoyed STYX’s presence at the festival. For their age, they brought more energy to the stage than most of the other acts I was able to watch. They didn’t slow down from start to finish, playing all their classics.

Day Four and Five were much slower days to round off the first week of Summerfest 2019. I decided to spend my Saturday watching the fireworks with classic “The Middle” by Jimmy Eats World soon to follow. These guys continue to rock the stage.

The guys behind 3 Doors Down are also no strangers to putting on a show. I was escorted out after their first three songs but I couldn’t help but watch the rest of their performance from the crowd.

The festival experience has been amazing. Between the weather difficulties and a spread-out schedule, it’s almost impossible not to find an act you’ll enjoy at any time of the day. I am pumped to continue shooting the festival into this upcoming week.