Last night’s Leikeli47 show at the Amsterdam Bar and Hall was more than a Thursday night hip-hop performance. It was also a celebration of body positivity, a motivational speaking engagement, and an exhibition of dancing-like-nobody’s-watching topped off with an “attaboy” pat on the back.

I arrived a little late, but in enough time to catch most of opener Yung Baby Tate’s set, which delved into the drama of personal relationships, the importance of surrounding yourself with supportive people, and included a liberal sprinkling of twerking.

YBT had the crowd moving quite a bit, yelling along at certain lyrics, and responding every time she put out a call. She closed the set by asking everybody to help her win a bet with her DJ that she couldn’t get 100 new followers on Instagram in one night. The stakes were honestly a little awful. If she lost, she had to call up her ex, who would no doubt hit her up for money.

After a brief changeover, the crowd had filled in to near capacity and they made their presence known as Leikeli47 took the stage, her face obscured by a black bandana.

Leikeli (pronounced Leh-KAY-lee) performs in a mask for all her shows, either a bandana or balaclava with cut-outs for her eyes and mouth. Even with her identity obscured, there was enough exposed to see she was having a great time clowning around, interacting with the crowd, and emoting throughout her set list.

Around 90% of the shows I attend are in some form centered around electronic dance music. As such, I’ve grown accustomed to the standard demographic makeup, 20-30 years old, overwhelmingly white, with the majority wearing fairly plain clothing. It was a little jarring and entirely refreshing to see such a mixup from my norm. A football jersey and parachute pants here, a full-length sheer dress there, and predominantly non-white, which is saying something for a show in St. Paul.

She stopped every couple songs to address the crowd, thanking everybody for coming out, providing a back story for the upcoming song, and as she worked her way through her set, more and more words of encouragement were included. At some points, it felt like I’d stumbled into a motivational seminar, though she managed to do so without getting preachy. It’s a fine line, and she stuck on the right side of it.

Cell phones are a standard part of the modern concert experience, and this show was no exception. However, Leikeli put her own spin on it by grabbing somebody’s phone who was Snapping in the front row and rapped right at the camera for a minute before handing it back. She went on a tear for a couple songs, grabbing everybody’s phones and rapping at them, talking, asking questions, or just sticking her tongue out at it. It made for a fun spin on what is typically an obligation concert-goers have to deal with. (Says the guy snapping photos for the entire show…)

As is the custom in most shows, she closed out with her most well-known songs, ‘Girl Blunt’ and ‘Money,’ which the audience ate right up. She’d invited the members of opening act New Black City to dance, and added in audience members here and there. People. Got. Down. I don’t know how people move like they did, but it was incredible to watch that kind of honest self-expression, even if I don’t speak the language. 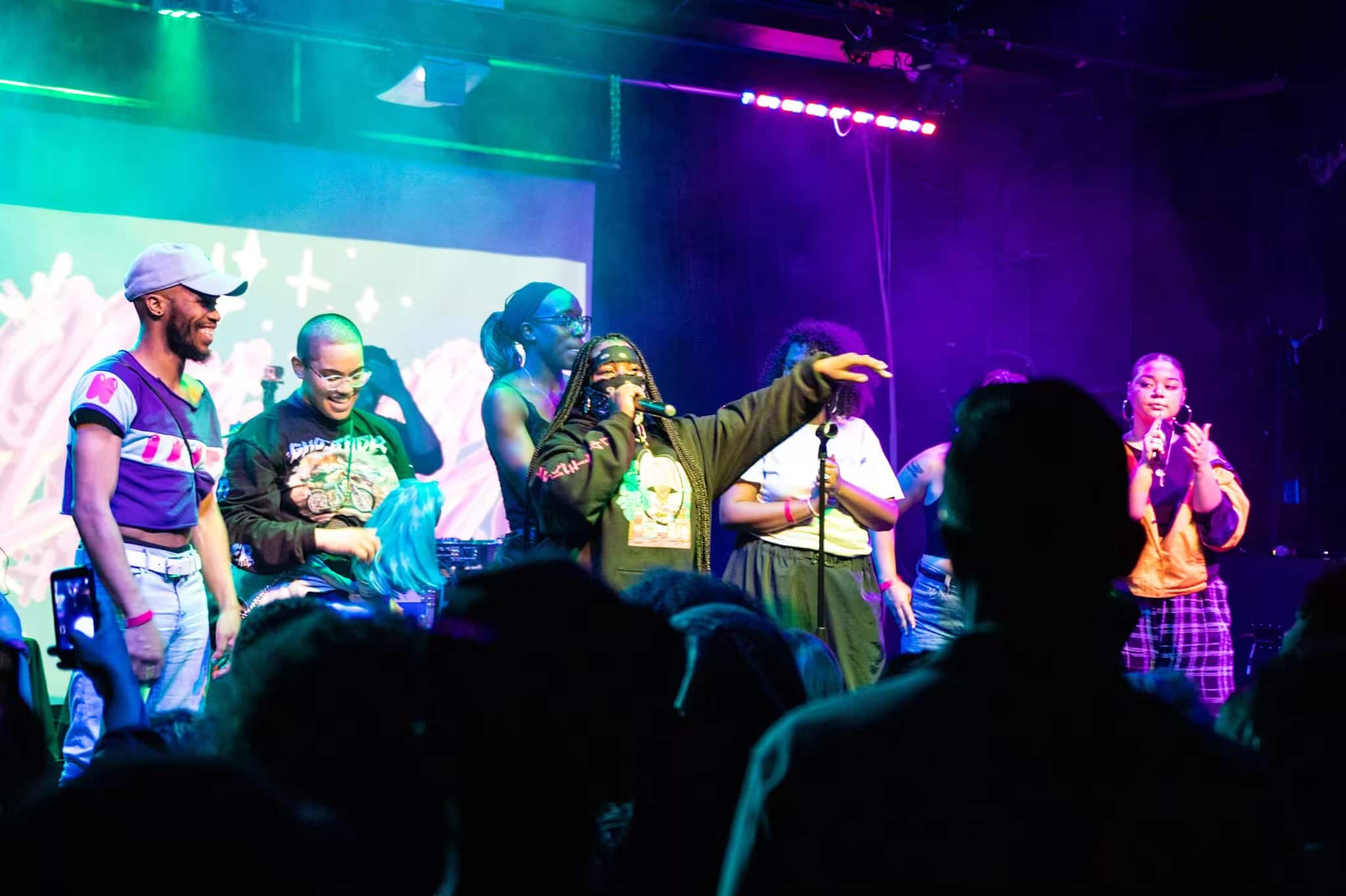 In my photography, I try to tell the story of the relationship of people that create music and those that experience it through pictures. I’m drawn to rainbows like a moth to a big, beautiful flame.

In my photography, I try to tell the story of the relationship of people that create music and those that experience it through pictures. I’m drawn to rainbows like a moth to a big, beautiful flame.