These guys from the band LANCO are way more polished than some of the bigger Country Groups that I’ve seen in the last few years! Are they ready to headline a stadium tour? No, they still need more experience and they also need more original music than their one Album Hallelujah Nights. Now, are they ready to headline the Club Circuit? Absolutely! You’d think by the way the crowd acted that it was a Megastar Band in front of them. It wasn’t…Yet.

It was a two band act tonight, both coming from Nashville(Where Else?).

Opening up the night was Caylee Hammack, A Fiery young lady that had the voice and passion to match her looks. Playing a mostly Country set that was based in a more Classic Country Style. She also broke out a Classic Rock song by Tom Petty and absolutely nailed it.

It seemed like forever for LANCO to start up. Caylee got about 25 minutes up on stage and by time LANCO hit the stage it was about 50 minutes later. Although that might have been on purpose, as it’s a little hard to move around The Varsity Theater when it’s a sold-out crowd. This way everyone had a chance to make it to the bar for the beverage of their choosing during this all age show.

LANCO had the crowd every step of the way, with a combination of Country heavily infused with today’s Pop Sound, including a dead-on version of The Killers Mr. Brightside.

You could tell the 5 members of LANCO have been friends for a while, it showed throughout the show from the energy, cohesiveness or just how polished the sound was from them! Especially considering this was their 1st show ever as the Headlining Act.

The Band played several covers that included a wonderful, stripped down version of Sold! from John Michael Montgomery along with Drink In My Hand by Eric Church. Both of these songs were top notch. 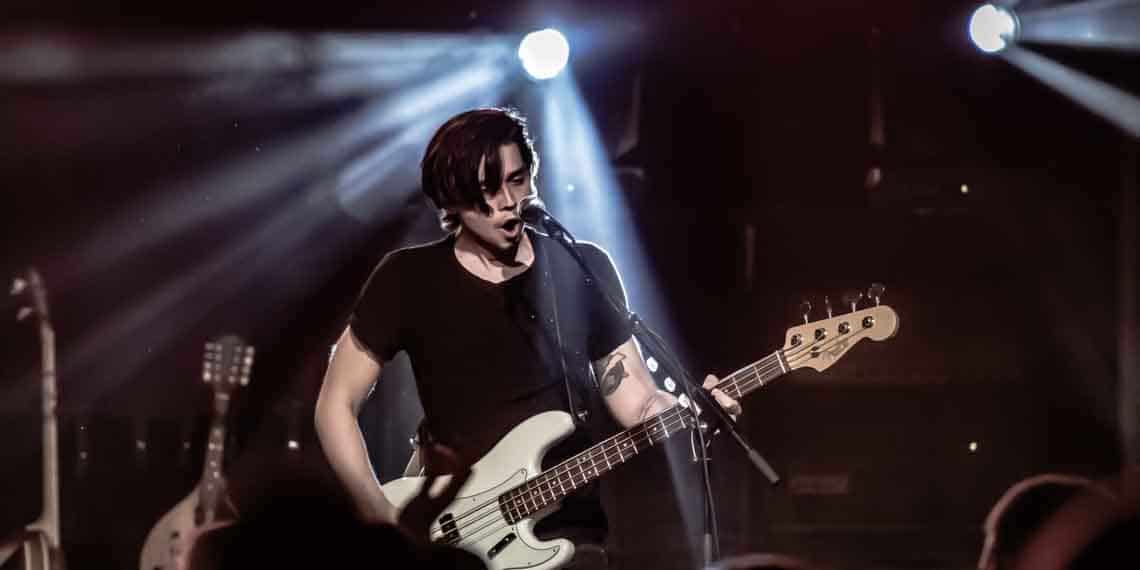 The only thing that I didn’t like from these guys tonight was the Tom Petty Cover of Free Fallin’. It just seemed out of place. Sorry LANCO, when it comes to covers of Tom Petty songs…Caylee kicked your Ass.

What would a headliner be without having an Encore? Just to make sure the boys finished the night with a 2nd encore playing the #1 hit Greatest Love Story.

I was unsure coming into the show tonight on how a band with one Album could be a headliner. LANCO crushed that in a hurry. Considering this was only the 1st show as the headliner, you can expect them to polish it up even further. It was a great first show and will gladly see these guys again.